You are here: Home / News / World Premiere Video: “Thinking ‘Bout You” by The Imaginaries 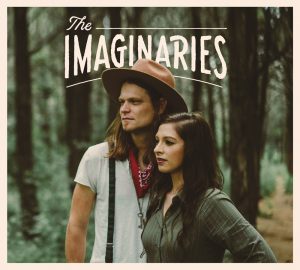 Oklahoma husband/wife duo Shane Henry (guitar, vocals) and Maggie McClure (keys, vocals) visited the Shoals area of Alabama for a performance on Grammy Award-winning engineer John Cuniberti’s YouTube show called “The OneMic Series.” They had such an amazing experience that they decided to return to Muscle Shoals Sound to record an album as The Imaginaries.

“Thinking ‘Bout You” is the first single, released on Nov. 1. “I wrote the song for my nieces who live in Portland, Oregon,” Shane says. “The sentiment is for anyone you love and can’t always be with. The song says that even though there is distance between us, I will always be there for you, so stay true to yourself and keep your chin up when things get tough … I’ve got your back.”

DittyTV is pleased to present the world premiere video for “Thinking ‘Bout You” by The Imaginaries, which you can see here and then tune in Wednesday night, Nov. 20, at 11/10c to see the DittyTV Debut on The Curve.