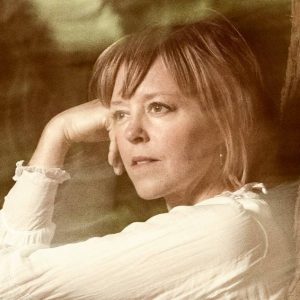 Emily Barker is an award-winning singer-songwriter perhaps best known as the writer and performer of the theme to the BBC’s hugely successful crime drama Wallander starring Kenneth Branagh. She has released music as a solo artist as well as with various bands including The Red Clay Halo, Vena Portae, and Applewood Road.

Her 2017 album Sweet Kind of Blue, which was received with critical acclaim, was recorded at Sam Phillips Recording Service in Memphis with Grammy-winning producer Matt Ross-Spang  and an all-star cast of Memphis session players. Her new album is A Dark Murmuration of Words.

“I’ve spent a not-insignificant amount of time over the last few years searching, reading, learning, and thinking, looking into the gaps of the unspoken, the invisible, and the unacknowledged in an attempt to establish where my own sense of reality takes shape,” Barker says. “It’s a journey that has lead to this record.”

DittyTV happily offers the world premiere of the new video from Emily Barker called “Machine” now, and then tune in for a follow-up DittyTV Debut on The Curve on Wednesday night, Nov. 25, at 11/10c.