You are here: Home / News / World Premiere Video: “Fly in a Bottle” by Nick Nace 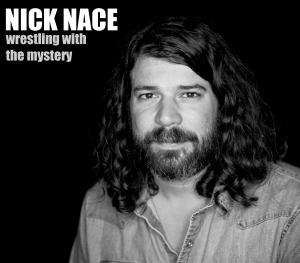 Canadian-born Nick Nace lived in New York City and, for a few years, was half of the folk duo A Brief View of the Hudson. The pair recorded two albums and composed the soundtrack for Tell Your Friends! The Concert Film! that premiered at SXSW. He has since moved to Nashville and has toured Ireland, Canada and the U.S. extensively. Last year he toured the Southeast with Nashville songwriters Jon Latham and Darrin Bradbury (see our 5 Questions segment with Bradbury) and opened for Texas Americana star Hayes Carll. Nace will be releasing his debut solo album, Wrestling with the Mystery, on Oct. 25. He’ll start touring in support of the album on Oct. 11 in Galveston, Texas.

In the meantime, DittyTV is excited to bring you the world premiere video for his song “Fly in a Bottle.” Take a look at the video now, and then tune in to DittyTV Wednesday, Oct. 2, at 10 p.m. to catch the DittyTV Debut on The Curve.