You are here: Home / News / World Premiere Video: “Deep in the Water” by The Gary Douglas Band 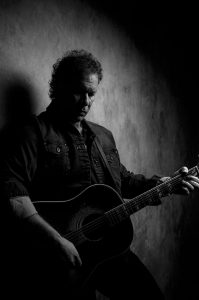 Gary Douglas has lived a double life as a New York trial lawyer and a rebel rocker reflecting the harsh truths of reality found in everyday life. Douglas lays down some of those truths in a world premiere video found exclusively at DittyTV for the song “Deep in the Water.” The debut single [listed as “Deep in the Water (Redeux)”] is from The Gary Douglas Band’s brand new full-length album entitled Wild Life,  coming out in 2020.

“This song was really a labor of love—the lyrics especially,” Douglas says. “It’s the true story of a small-town humble farmer from Parkersburg, West Virginia, who took on the corporate giant Dupont with the help of an unlikely hero, lawyer Rob Bilott, who will be portrayed by Mark Ruffalo in the upcoming blockbuster Dark Waters. Bilott uncovered the truth about Dupont, which had been dumping the cancer-causing chemicals C8 into the drinking water of tens of thousands of unsuspecting innocent people. Having been the trial lawyer, along with Bilott, we were the first to tell this story before a court judge and bring Dupont to justice. It was my honor to pen this song along with co-writer Darrell Brown (a multi Grammy-nominated country songwriter) as one of the people who witnessed these incredible events firsthand.”

DittyTV is pleased to present this world premiere video that you can see here, and then tune into the network Wednesday night, Nov. 6, at 11/10c for the DittyTV Debut of the video during The Curve. 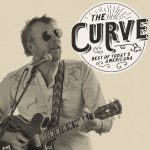 WATCH: An All New Episode Of The Curve Tonight @ 10pm Central…