Beauty and Ruin, David Starr’s latest project, is a musical and literary adventure via a collection of songs inspired by Of What Was, Nothing Is Left, a novel written by his grandfather in 1972, which Starr plans to re-publish. Beauty and Ruin is set for release in early 2020.

As a preview, though, we’re introducing a world premiere video for the title track. “On ‘Beauty and Ruin’ my co-writer, Dana Cooper, and I wanted to capture the essence of the story we drew inspiration from for this song: one of love, loss, and tragedy set in the 1890s South,” Starr says. “Our video director, Jason Denton of Nashville, had a clear vision for how this song should be portrayed, and I think he nailed it. It was shot entirely in the area near my home in western Colorado. John Oates (Hall & Oates) produced this record and urged us to try and capture the cinematic feel and sound of the song in whatever filming and editing style we chose. The song has a certain flow to it that Jason really went after. A good example of that is the fact that there are really no hard cuts in the piece, but lots of long, dreamy changes of scenery hinting at the passage of time.”

DittyTV is pleased to present the world premiere video for “Beauty and Ruin” by David Starr. Watch the video here and then tune into DittyTV on Wednesday, Aug. 21, for the Ditty Debut of the video on The Curve at 10 p.m. CDT. 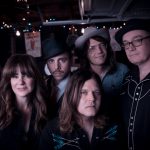 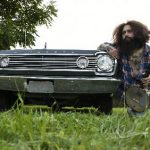 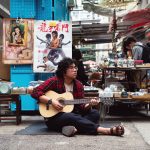