DittyTV is proud to present the World Premiere of “PFC Frankie Walker,” the latest official video from Nashville-based band, The TrueHearts. The song content was inspired by Steve McWilliams’ mother, Marion and her first love, Francis Walker, a GI, about to be shipped out to fight in WWII in Europe. Steve is The TrueHearts’ co-leader along with his partner in life and music, Debra Buonaccorsi.

Francis R. Walker and Marion Krottendorfer met in Marion’s hometown, New York City in line, in front of the Paramount Theatre. Frank, stationed at Camp Kilmer in New Jersey, was 18 and Marion was 15. The two dated for a few weeks and then Frank was given notice that he was being shipped out. He was part of the Normandy invasion, landing on June 7th in the second wave on Omaha Beach.

Frank remained on the front lines for two weeks but was wounded while on orders to take out a German 88mm. gun. He was sent to the hospital in England where he remained for two weeks. After recovering from his injuries he returned to his old company, still in France, where he was killed on August 7, 1944. There are no details of Walker’s death recorded.

Marion, who had been exchanging letters with Frank from the time he left, received a phone call from Frank’s mother, Mary Edith, informing her of Frank’s death. Over 70 years later, it was a letter that brought this song to life.

“We wrote the song based on a letter from Marion to Steve, written on June 6th of 2000, telling the story of her brief but significant relationship with Frank, and the locket that held both of their pictures that Marion had kept for all those years,” says Buonaccorsi.

After writing the song, the TrueHearts felt compelled to learn more about Frank and his family, hoping to discover that he had close, living relatives. His only sister, Marelda, had married but had no children and died from cancer in 2000.

Their discovery of Frank’s senior year high school yearbook and his obituary in the Sewickley Herald (in Sewickley, Pennsylvania) filled in many details about his life before the war. Frank was born in Belfast, Northern Ireland and he immigrated with his family to the US in 1928. His father Samuel fought with the RAF in the first World War and later died at the age of 40 from scarlet fever. Frank was in the boy scouts, a YMCA swim instructor, member of the Sewickley Methodist Church choir, he delivered papers for the Sewickley Herald, and was active in the Stage Guild at Sewickley High. He was known by his friends as “Spike”.

The TrueHearts’ new album, Songs for Spike, is releasing Friday, June 21st. It’s inquisitive, risk-taking, and filled with conviction, and you can pre-order it now on iTunes. 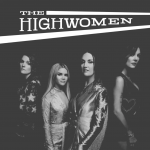