You are here: Home / News / Will Kimbrough: “I Like It Down Here” 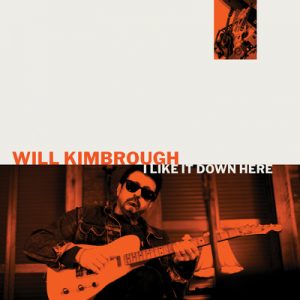 Will Kimbrough’s musical career dates back to the 1980s. He’s part of Daddy, Willie Sugarcapps, and Emmylou Harris’ Red Dirt Boys. Back in the day, the Mobile, Ala., native led a band called Will & the Bushmen as they toured the clubs of the Southeast. But when he entered the studios at DittyTV, it was just Kimbrough and his guitar to perform for the Concert Series and promote his new solo album, I Like It Down Here, to be released April 19.

“Ultimately, creation is the goal,” Kimbrough says of his career. “For me, it has been a continuation of wanting to make music any way I can. I’m a lucky person to continue to do what I love.”

For his latest musical project, Kimbrough offers what he says is a love letter and a Dear John letter to the South all in one gripping solo album. Particularly poignant and haunting is the song “Alabama,” which tells the story of one of the last lynchings in the U.S.

Kimbrough says the victim, Michael Donald, had gone to his high school in Mobile but was a few years older. And while he remembers the incident, details had been lost over time. Then Scottish writing partner Dean Owens sent him a tune in which he would play and then just say the word “Alabama.” That was the seed for the song.

“In recent years I’d walk my dog on the street where that happened, which is now called Michael Donald Avenue,” Kimbrough says. “And that story just really got under my skin. So I took that melody that Dean had come up with and wrote lyrics essentially from the viewpoint of Michael Donald’s ghost, which may be pretentious, but I just wanted to get the story out there in a factual manner.”

The result is a powerful and haunting tune but just one song on an album that, in full, offers a long, hard look at the South. “This album looks at the good and bad of the South and in some cases those are intertwined,” Kimbrough said. “A lot of terrible things happened over the centuries but you can’t take that out of the equation musically. These complications resulted in amazing music—and literature and food. So I just do the songs and let them do their job.”

I Like It Down Here is a 10-song journey that winds through characters and circumstances that are all part of the Southern experience. References range from To Kill a Mockingbird to Alabama’s current penal system with songs that are sometimes upbeat and sometimes somber. And throughout, Kimbrough shows off his vocals, songwriting, and musicianship.

An accomplished guitarist, Kimbrough has been a session player and was the Americana Music Association’s Instrumentalist of the Year in 2004. He’s collaborated with the likes of Rodney Crowell, Jimmy Buffet, and Todd Snider among many others, and his song written with Owens, “Southern Wind,” was named UK Americana Song of the Year.

“I’ve had the opportunity to collaborate with so many people and I’ve learned from them all,” Kimbrough says. “As a musician, it’s just great to stay busy and keep making music.”

Stay tuned to the DittyTV newsletter to see when Kimbrough’s Concert Series premiere will debut. And until then, check out his touring schedule and catch him live this spring at a venue near you.