You are here: Home / News / Under the Radar: “Visions” by Alice Howe 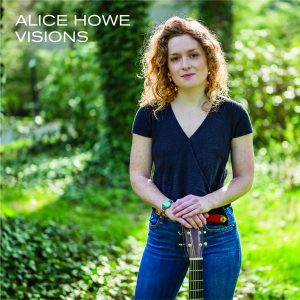 The music industry is relentless. Every week we have new singles, new videos, new albums. As someone who makes an attempt to pay attention to what’s coming out, at least under the substantial umbrella of Americana & Roots music, sometimes you have to stop and say, “Wait a second, I think I missed something.”

So if you, too, missed the release of Alice Howe’s album Visions in mid-May, I’m letting you know that it’s worth a listen. First, Howe has such a sweet voice that the whole album is pretty darn soothing. Perhaps she should consider making kids’ albums, too, because her voice is that comforting. Depending on your point of view, that could have pros and cons.

If you want to hear the Muddy Waters song “Honey Bee” with the same bluesy grit that Waters gave it in the early 1950s, you’re going to be disappointed. She doesn’t sing “Don’t Think Twice, It’s Alright” like Bob Dylan, either.

Much like Shawn Colvin, Howe has an ability to take an array of song styles and give them her own folk-pop veneer. In fact, the album’s title derives from her willingness to experiment with varied musical styles. “It comes from the visions of me as an artist performing different genres of music,” Howe says. She adds that this album was a challenge to try new things and, in doing so, a real way to share herself through music.

In collaboration with Freebo, perhaps most known as Bonnie Raitt’s bass player through the 1970s, Howe accepts the challenge of climbing new musical mountains and at the end stands on top. Whether it’s a cover such as those aforementioned or Taj Mahal’s “Lovin’ in My Baby’s Arms” or the Joel Zoss-penned “Too Long at the Fair” made famous by Raitt, Howe wraps her warm voice around the song and offers the kind folk vocal purity we all appreciated from Mary Travers (of Peter, Paul and Mary). 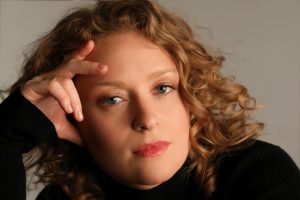 At the same time, Howe has a number of lovely originals, most co-written with Freebo, that blend beautifully with the covers in a seamless journey of 10 songs. Howe apparently took the challenge of trying new styles seriously because the variety traverses a lot of ground. “Getaway Car,” for instance, sounds like it could be on a Marcia Ball record.

While Howe is an accomplished guitarist, she says that she plays mainly as a way to back up her voice. She adds that in making the album, which was recorded in Bakersfield, Calif., Freebo stressed that the songs should “frame the vocal,” which was a goal certainly accomplished.

Raised in the Boston area and attending college at Smith, where she studied, among other things, medieval history, Howe lived in the Seattle area shortly after graduating. Never straying too far from music, pursuing her love as a vocation started to gel when she attended the Folk Alliance International conference a few years ago, which is where she met Freebo and others who took an interest in her talent. “That really opened my eyes,” Howe says. “It gave me a spark.”

From there, “the making of Visions transformed me as an artist,” she says. “It was a crash course in working with a producer and working with a band and co-writing … it was such a great experience.”

So great, in fact, that Howe is still thrilled to tour and promote the record. “I’m so proud and so happy,” she says. “This was such a long time coming. I’m totally happy to keep singing the songs and talking about this album.”

And we’re happy to talk about it, too.