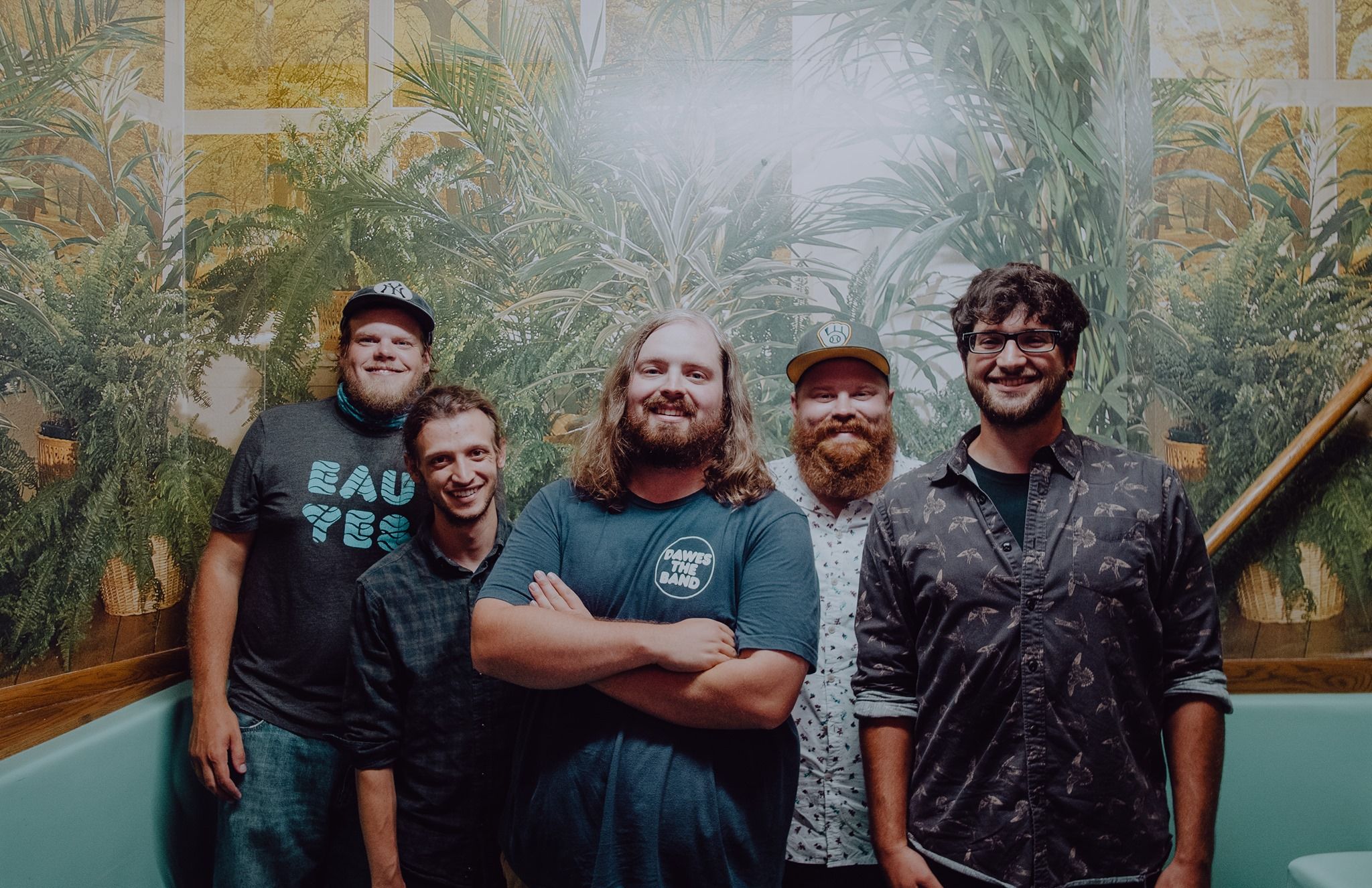 5 Questions with Them Coulee Boys (all answers by Soren Staff)

1) Let’s talk about your upcoming album Namesake (out August 6th). This is your 4th LP, and it was written largely during the COVID-19 lockdown months in 2020. Could you describe that writing period for the band and how the songs on the record reflect what was happening then? 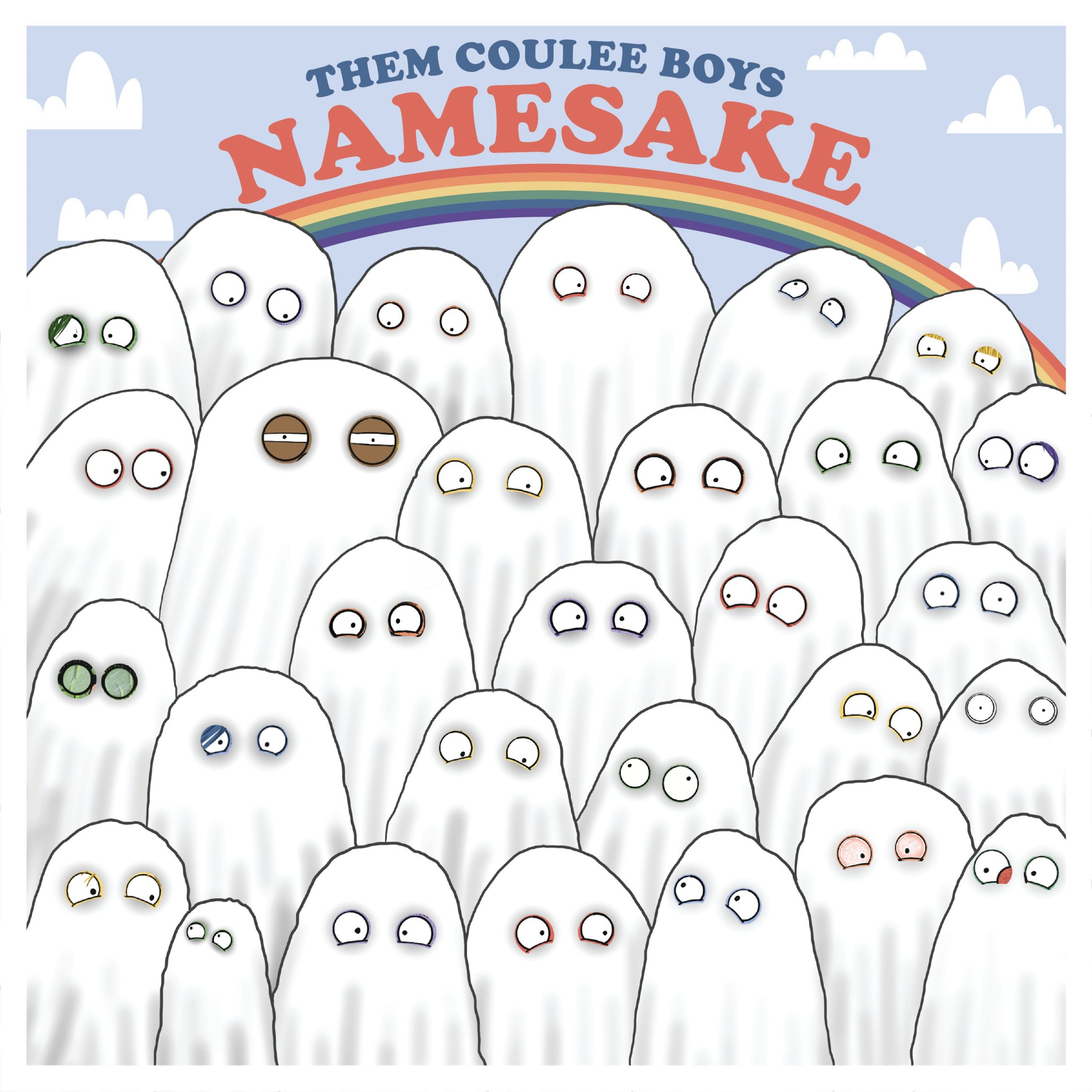 The unique part of the writing process for Namesake is that for the first time ever I actually had time to devote to songwriting.  Writing songs has always been a “do it when I can” kind of thing, which led to lines circulating my head in the weirdest moments, i.e. on a walk, in the van, at the movie theater.  When I didn’t have a job to go do, I had time to treat songwriting like a job.  I would go to the studio each day, clock in/clock out so to speak, and it unlocked something in me.  I wrote close to 25 songs.  They mostly revolved around what I was missing: family, friends, community.  I lost family and friends in 2020, but also gained a god daughter (via our banjo player Beau). It’s about legacy, about family.  As a result, Namesake feels more focused than other records lyrically, even if there’s no underlying story.  I wanted to make something that could last when the chance of it never happening again was a possibility.

2) Once the songs were written and ready to record, you chose to work with Grammy-winning producer, Brian Joseph, at The Hive in your hometown of Eau Claire, WI. Could you describe that studio space and what it was like working there with Brian?

The studio itself is as intimate as you can get, adorned with nautical rope and all manner of natural odds and ends.  We had barely enough room to fit all 5 of us in the tracking room, but that proximity (paired with recording it all live) made for a closeness that’s tangible in these songs.  Brian himself is everything you’d want in a producer: deliberate, deep thinking, intentional, warm, with an overwhelming need to serve the song.  His resume is insane (Bon Iver, Sufjan Stevens, PAUL SIMON!!) but in reality, he’s a generous soul who believed in these songs just as much as we did.  His care for these songs is evident, and being able to track them all close to home made it that much more special for all of us. We gained a member of our family in these recordings, and I’d love to work with him again.

3) Today, we’re premiering the official video for, “Just Friends,” the second single to be released in support of Namesake.  What is the inspiration behind this new tune and what was it like working with animator Jake Huffcutt to give the song a visual life of its own? 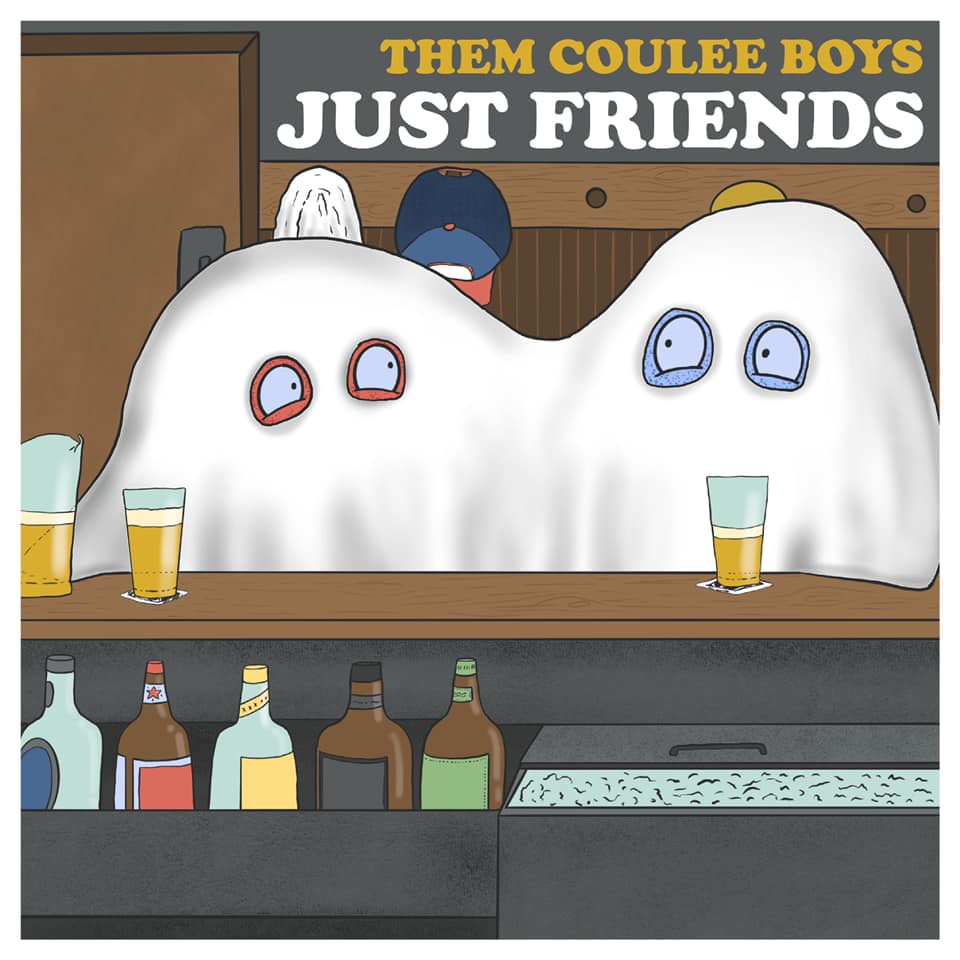 This song is about as tongue in cheek as we get, and a much needed jolt of levity in a record that can deal with tough things.  Inspired by a true story, this song revolves around a bloody nose and a failed (but ultimately wonderful) relationship.  I wanted to pair self reflection on how we interact with our partners with a healthy dose of whimsy.  That’s why the video Jake made is so perfect.  When he pitched the idea, all I really needed to hear was “cowboy opossum” and I was on board.  He created something fun but also kind, which is what we want people to think of this song.  We’re so grateful for his deft touch.

4) What other little-known facts are you willing to share about Namesake and the journey to its completion? 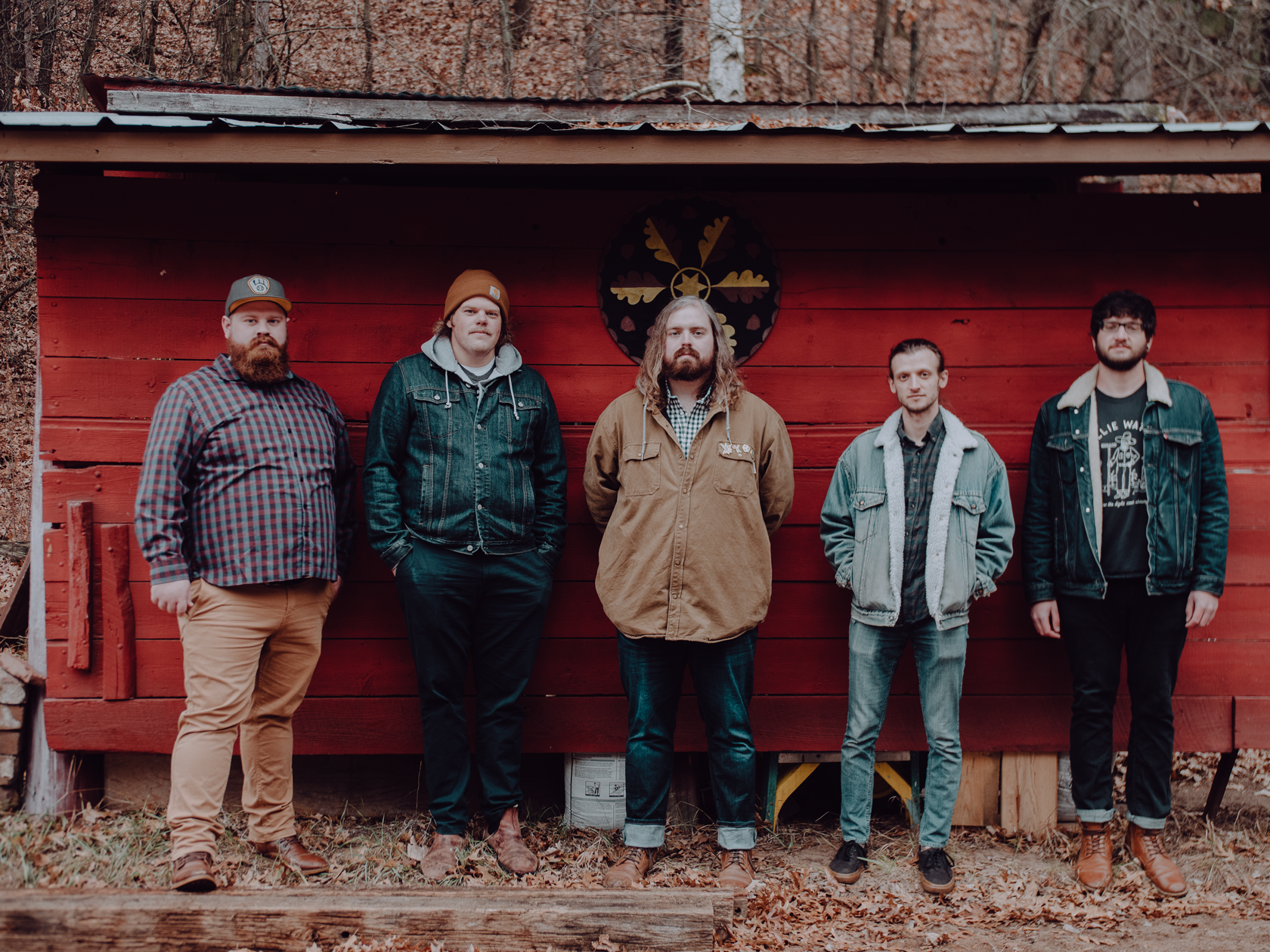 The album closer Hallelujah was originally not tracked due to hesitation on my part, but Brian called me and convinced me to cut it alone on New Year’s Eve day of 2020.  I cut vocals and guitar, Neil Krause added bass, while our friend Nick Butler looked on with his kids who I’ve taught in school.  Brian and Beau (along with our friend Rachel Calvert of the band Barbaro) filled in the rest at a later date, and this song really became something else. It’s the only one not tracked live together, but it felt right to assemble it the way we did.  Brian’s belief in this song made it exist, and I’m forever grateful for his care.  Plus, Nick (a NYT best selling author) ended up writing the liner notes for this record as a result.  It was a perfect end to a flawed year.

5) Them Coulee Boys will perform at Blue Ox Music Festival in Eau Claire just a couple of weeks after the release of Namesake. Could you please write a short letter addressed to yourself describing how you’re feeling right now as you anticipate those milestone events coming next month? 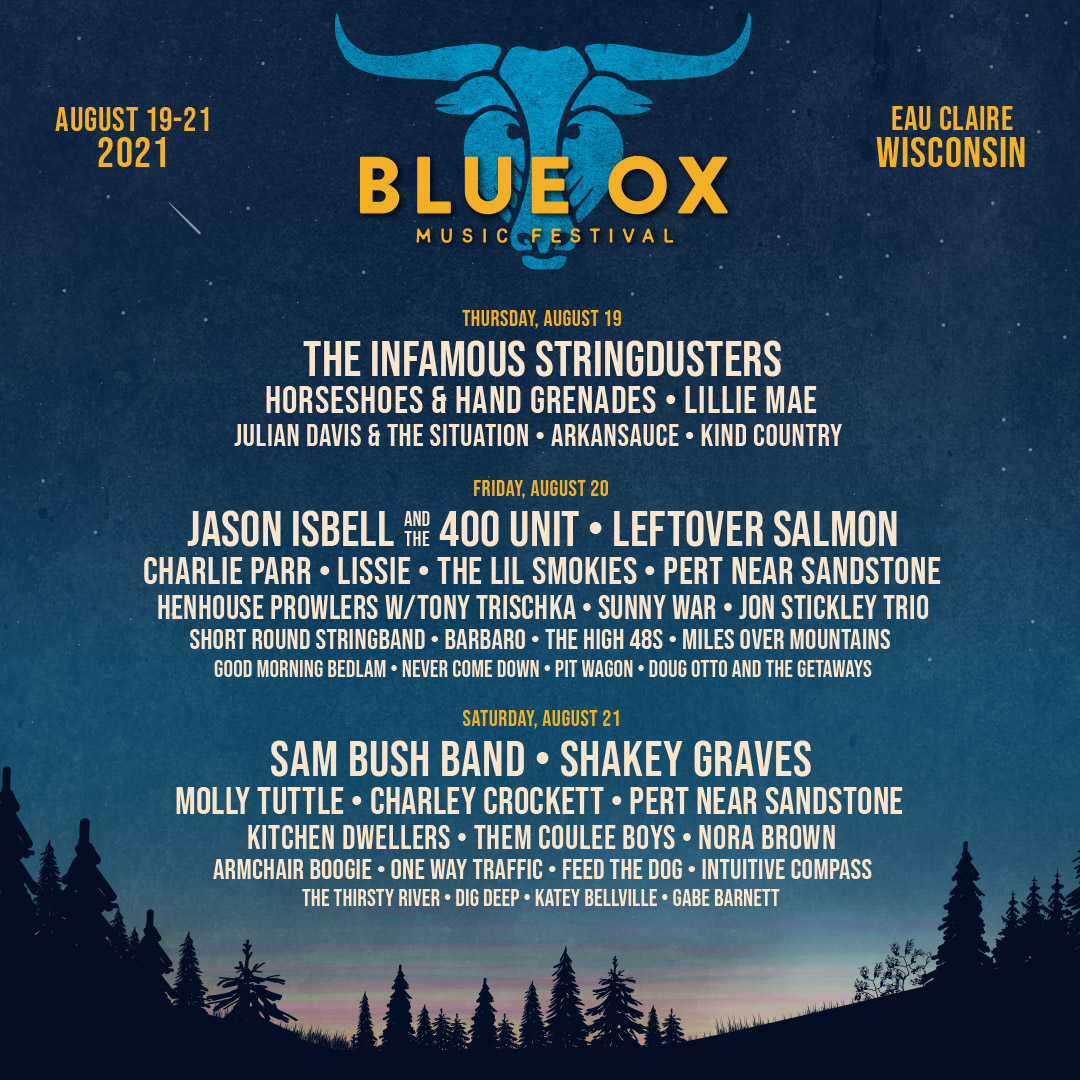 Please take a breath and enjoy this whirlwind of a time.  Right now I’m a ball of anxiety, but I know future me is thankful for the support of all our fans with Namesake.  Let yourself feel good about making something beautiful. Take a look out at that crowd from the Main Stage at Blue Ox and remember to be grateful for another day to do your favorite thing in the world.  Oh, and if you get the chance, shake Jason Isbell’s hand and slide the record under the windshield wiper of his tour bus.

Bonus: What’s something everyone should know about the Midwest?

As far as cheese goes, you really haven’t had Wisconsin cheese until you get it in Wisconsin.  My best advice is to buy some raw ones, leave them on the dashboard as you drive to the cabin, and eat them when they have the right amount of squeak. You really can’t go wrong. 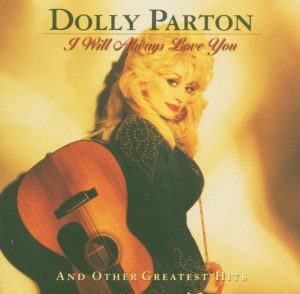 The obvious answer here is Dolly Parton’s “I Will Always Love You” but I will always have a special place in my (broken) heart for Hank Williams’ “There’s A Tear In My Beer”.  I knew the words to that chorus before I ever heard it, singing it as a kid with my dad.  Who’d have thought that would be a self fulfilling prophecy? 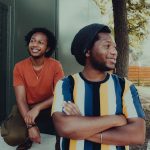