“This twangy Bakersfield-sounding song was written during the quarantine when we unpacked our suitcases for the first time in years,” says the band. Get to know The Waymores better in 5 Questions and share in the wanderlust of “Road Worn.” 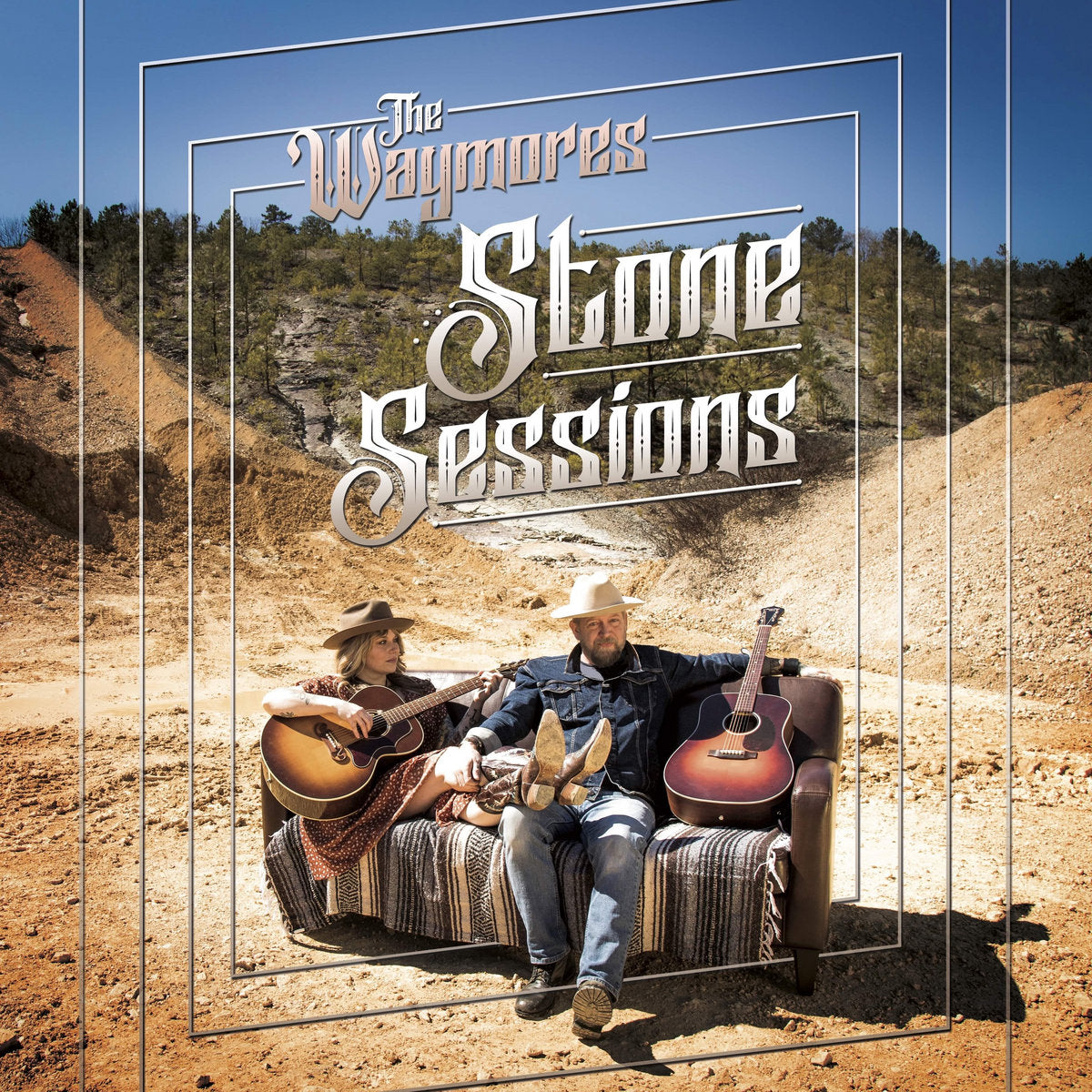 Honky Tonk and Americana music, to us, is about heartache and hardships. There’s a lot of storytelling delivered with a southern drawl both in the instruments played and in the vocals sung. Born in the southern states, our music is meant, like so many of our heroes, to console and heal, be it through tears or laughter.

All of the songs on Stone Sessions mean a lot to us personally but some come across with a light hearted feel. Something that is really important to us in our songs and in our delivery is being able to make light of hard situations. If we had to give an elevator pitch to someone who knew country music well, we’d tell you that Stone Sessions sounds like John Prine made a Buck Owens record.

2) Who contributed to making this record, and what was the production process?

Willie really took the reins with Stone Sessions. My heart is sewn into each song on the album but when studio time came, Willie ran the show. He and co-producer, engineer, and steel player Steve Stone worked really well together seeing everything come to fruition. This was the first record we made with the world in the shape it was in. A good portion of these songs was written during quarantine and we started the recording process in November of ‘20. It took so much longer because of the circumstances in the world. We’d record scratch vocals and guitar and send it over the wire to our band members and they’d record remotely. We definitely missed the camaraderie that you find when you’re all in a studio together, being creative and finding happy accidents, but these guys (Shawn Thacker on Drums, Cody Jung on Guitar, and Eddie Martin on Bass) have been playing with us for a while so we were pretty locked in already.

We had the absolute pleasure of having Dale Watson play on the cover we did of his song “Caught” and Katie Shore from Asleep At The Wheel joined in on that one too. That little happenstance just took the courage to ask Dale and Katie a.k.a a shot of tequila. They were both really kind and great about the whole thing. I had vocal nodules throughout the recording process so we skipped ahead on some tracks and recorded my vocals before things got too bad. Toward the end, our engineer, Steve Stone thought he had vocal nodules too and I ended up sending him to my ENT to get checked out. Unfortunately, he was riddled with cancer and we lost him before the album street date. His family let us know that he passed thinking that this would send us all to the big time so regardless of how things end up, the whole process with him will always be very special to us.

3) Could you share some of the highs and lows of being an independent act that produces, books, and manages everything yourselves?

We’ve been doing it this way for so long that I’m not sure what we’ll do when that changes. We have a great deal between the two of us where I (Kira) handle all of the business aspects; booking, advancing, social media, etc., and Willie handles all of the producing, driving, loading in, and making sure that I don’t walk into a car while I’m working on my phone in the middle of the street in TX (actually happened). At this level, you never really get to stop working. We don’t see many “days off.” If an email goes unanswered for too long, someone else may get your opportunity. Neither of us minds the work because we know what the end goal is: being on stage and playing our music for people that get it. The highs are mostly on the stage but getting to do this as partners in life while seeing the world together is pretty fantastic, too.

4) DittyTV is delighted to premiere a new track from Stone Sessions today titled “Road Worn.” This one pays homage to John Prine, Townes Van Zandt, and Supersuckers. Please tell us all you can about the song. And additionally, what are your favorite songs by those three iconic acts?

I wrote most of “Road Worn” on the day that I unpacked my suitcase for the first time in over two years. Willie and I had been touring about 200 days a year when the pandemic hit so it was pretty life-altering. I didn’t know how much I’d miss things like being “stuck in a traffic jam” or looking over at him while we were merging onto the interstate to hear him say “this is my favorite part of the day, being on the highway with you.” I cried while sticking T-shirts into dresser drawers and thought of all those that had come before us and how they might handle being stuck at home this way. Willie came in later and shaped the song in the studio.

John Prine taught us how to say heavy things in a tongue-in-cheek manner which you can hear in the lines of “Road Worn” like “Just a honkin’ my horn” and “I’m feelin’ forlorn.” Townes Van Zandt is one of the most prolific songwriters out there and has a great song called “For The Sake of The Song.” The title alone means so much to us. So many players come and go that don’t really do much of that and we feel like it’s really important in this genre; to play for the sake of the song. Supersuckers plays a really important role in our relationship and in this song. We fell in love to their album Must’ve Been High and track number 9 is “Roadworn and Weary.” It speaks of a life on the road that back then we’d wished for and now we’re living.

There’s no way anyone can pick a favorite John Prine song but we covered “In Spite of Ourselves” on our first album and we throw several of his songs out at live shows. Our favorite Townes song to perform is “If I Needed You,” one we did for Chicken Ranch Records’ release of Somebody Had to Write It. We’re going to stick with “Roadworn and Weary” as our favorite Supersuckers song because that’s just bad press if we don’t.

5) Looking at Atlanta where you’re based, what excites you most about that town’s current music and culture?

There are some really great players here in Atlanta and they have an almost Austin-like luxury where if they chose to, they could only play Atlanta and make a living. We’ve always done better the moment we cross a state line in any direction. The film industry is really getting heavy in Atlanta so we’re hoping that will bring some new opportunities to the working musicians in this area.

Bonus: Do you have any pre-show rituals you can share?

We do what we call a “Preacher Shot.” It started out being called a “pre-show shot” but we were playing with a guy in Tennessee who misunderstood and told us this tale of how he grew up in a traveling gospel group. He was adopted into the family fairly young, maybe 14, and the leader would let the kids do a pull from the bottle to ease their nerves before a show. They called it the “Preacher Shot” and now we do too!

Bonus: What’s ahead after the release of Stone Sessions?