You are here: Home / News / The Steel Wheels Keep on Rolling

“It’s super exciting,” says Trent Wagler of the week facing The Steel Wheels. Wagler (guitar, banjo, lead vocals) and his bandmates release their new album Over the Trees on July 12, which is the same date the group’s festival, Red Wing, kicks off near Harrisonburg, Va.

As for the album, it was recorded in less than two weeks last December in Parsonsfield, Maine, with producer Sam Kassirer. “It was cold and snowy, but the environment really suited us,” Wagler says. “We’d recorded there before so we felt very at home. We all slept on site. We cooked our own food. We went in with the vision of not stopping until everything was in a box, so the weather really helped us to focus on the task at hand.” 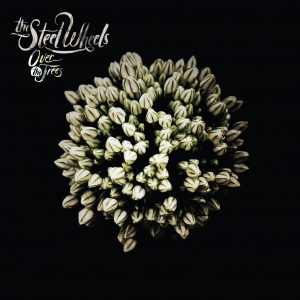 The result is a collection of 11 songs that Wagler says stands out from the band’s past recordings in that it offers a different sonic palette. “We wanted to try something new and challenge ourselves a bit.”

The album begins with the strong percussion of “Rains Come” followed by the extremely catchy “Keep On” before grabbing the listener’s attention with the softer and more subtle “Falling,” an exquisite song that Wagler says emanates from a feeling of disconnection or sense of loss but then goes further. “I think it looks at a basic concept that with anything in life that we’re learning it requires a leap. Fear and anxiety often come first. Like learning to ride a bike, for instance, at first we’re scared. ‘How do I stay up on only two wheels?’ I was playing with the idea that all of those places of falling are also places of growth.”

The album’s fourth track is “Something New,” which also has a corresponding video created with Paul Curreri that is both exquisitely ridiculous and poignant in its message. In addition to the fact that the band was trying something new with the sound of this album, the song also looks at our culture’s hunger for new content. “We have an unquenching thirst for more; a ‘what have you done lately’ mentality,” Wagler says. “In the song we ask if this is a good cultural turn. What is the cost?”

Slower songs such as “I’ll Be Ready” and the a cappella “This Year” mix nicely with the more upbeat tunes, all with impeccable harmonies and astute lyrics, to put the full work into a category of best Americana albums of 2019 thus far. 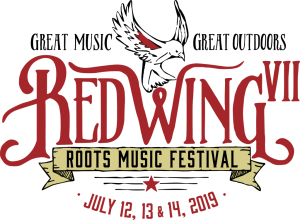 But the release of Over the Trees is but one major accomplishment for the week. A few years ago The Steel Wheels decided to host its own festival near their roots in the Shenandoah Valley of Virginia. July 12-14 is the seventh annual Red Wing Roots Music Festival featuring such acts as Lucinda Williams, The Wood Brothers, Mandolin Orange, Peter Rowan, The Time O’Briend Band, Della Mae, Charley Crockett, River Whyless, Larry Keel, Hush Kids, and many more.

The original four members of The Steel Wheels all met in Virginia’s Blue Ridge Mountains. Along with Wagler, Eric Brubaker (fiddle) and Brian Dickel (bass) still live in the Harrisonburg area. Jay Lapp (guitars/mandolin) was raised in the area but now lives in Michigan. The newest member of the group, Kevin Garcia (percussion/keys), hails from Michigan and now lives in Brooklyn. “We had to make him an honorary Virginian,” Wagler says with a chuckle.

“As a touring band, we would go to all these great festivals and just think, ‘Wouldn’t it be great if we had something like this close to home,” Wagler says. “So the first thought is you wish someone else would do it. And when that didn’t happen I guess it was good to have people around us who didn’t shoot the idea down.”

The festival is now in its seventh year. “We get to do the all the fun parts,” Wagler says. “It’s been a lot of work but it gives us more than we put in. We’re lucky that it’s really taken off.”

Just like their festival, the band is hoping its album will really take off as well, further solidifying the band as one of the best touring string bands in the country.