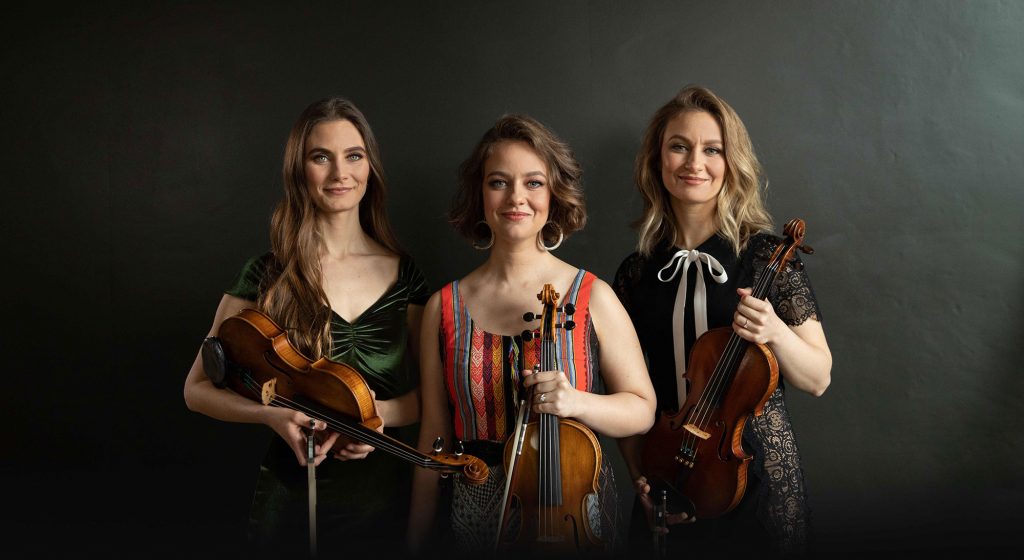 While the Dallas-based The Quebe Sisters have been a staple of Western Swing music for some 15+ years, they are excited about the new direction of their new self-titled album being released Sept. 20.

“This album, everything changed,” says Sophia Quebe (pronounced kway-bee), the middle sister between older Grace and younger Hulda. Fresh off a performance at True Room Music & Bar in Nashville during AmericanaFest, the enthusiasm is growing in anticipation of this release.

The new record is just the fourth released by the sisters over the years because, as Sophia explains, “There really wasn’t a strategy in the first three.” The sisters were known for their fiddle-playing prowess and released instrumental albums from time to time. For this album, the fine vocals from the sisters take center stage, though some amazing fiddling can still be heard.

If you saw the world premiere of “My Love, My Life, My Friend,” brought to you by DittyTV, you have a feel for what to expect on the album, at least in part. The sisters kept a few fiddling instrumentals on the album. For instance, “Load at 7 (Leave at 8),” the fourth track on the new album is a typical Quebe instrumental. But more often than not, the songs feature close sibling harmonies like so many classic sister trios (Andrews, Boswell, McGuire).

The sisters began, briefly as classical violinists learning the Suzuki method before their deep Texas roots took over and they all became adept at Texas-style fiddling with each of the sisters entering (and winning) fiddle contests in their youth. Sophia says an early fire department fundraiser saw the trio getting requests for CDs and they knew they needed to start recording to have something for sale at shows. 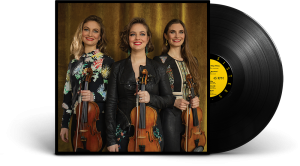 The sister act evolved into a full-fledged band for this album. Daniel Parr plays bass and Simon Stipp plays guitar in this new incarnation. In many ways, Sophia explains, the sisters had to deconstruct what they knew and build a whole new sound. And for the first time, this record offers a few originals sprinkled in among an array of covers ranging from Jesse Harris’ “Always Seem to Get Things Wrong” to Willie Nelson’s “Summer of Roses.” Overall, it offers a new introduction to the band for those who thought they knew what The Quebe Sisters were all about and a delightful discovery for those who are unfamiliar with the band.

The self-produced album was recorded in Austin at Texas Treefort Studio under the guidance of engineer Jim Vollentine in an effort described by Sophia as holistic and collaborative. She says they wanted the recording to feel similar to how the group practices, with no headphones and just singing in a circle.

While Sophia says she loves all the songs on the album, and mentions a special fiddle tribute to Ella Fitzgerald’s version of “Lullaby of the Leaves,” she says her favorite is “Summer of Roses,” which is a Willie Nelson song. “Its form is unusual, and the chords are unusual for a country writer,” she says of the Nelson song. “I just really love it.”

The sisters certainly hope this album “pushes (them) down the road” in their musical career. An album release show awaits in Dallas and some touring beyond that. Sophia says she enjoys the musical direction in which they’re now heading with the familiarity of Western swing but with jazz explorations.

And that means the sisters will continue being business partners. “We love each other to death,” Sophia says. “But we sometimes get to that point where we’re saying, ‘You are on my last nerve.’ So we do get crossways at times. We know, though, that we have to be in harmony with each other both as siblings and bandmates in general. Personal relationships really matter if you want to create art together. But I love playing with my sisters and love where we are right now musically. We’re just so happy about this album and want to see what happens next.”