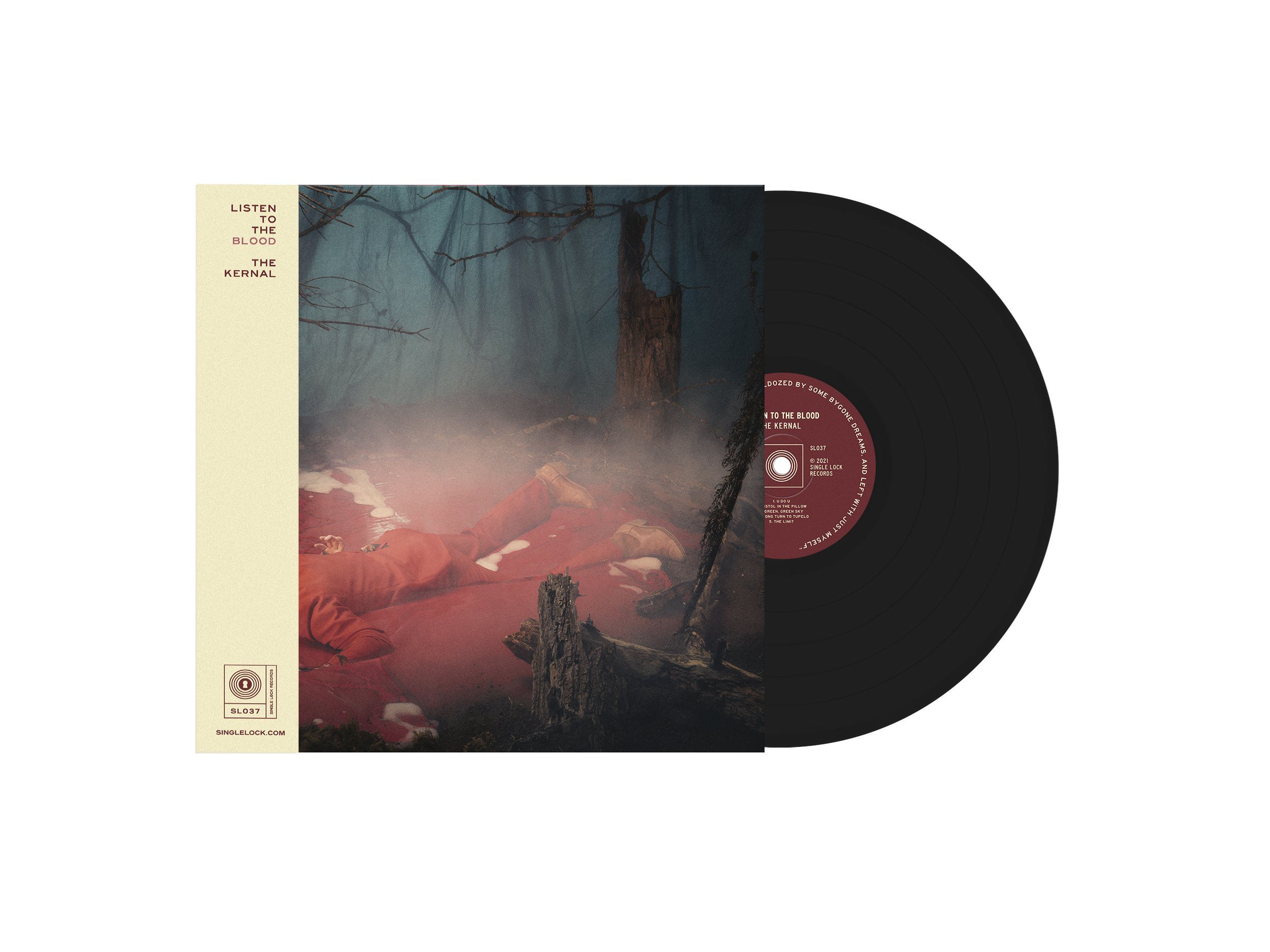 DittyTV is excited to offer an exclusive performance today from The Kernal, a need-to-know artist who’s gearing up to release his 3rd full-length studio album worldwide on January 14th. The album is titled Listen to the Blood, and it was co-produced at Single Lock Records studio in Florence, Alabama by Ben Tanner (co-founder of Single Lock and band member of Alabama Shakes). “There’s a balance to the way [Ben] works that provides space and freedom for weird exploration, but he’s actually also a really sharp, intelligent person who doesn’t suffer time-wasting and inefficiency,” says The Kernal.

We invite you to get to know The Kernal better in our 5 Questions feature, and then enjoy his performances of songs from Listen to the Blood recorded live at Fame Recording Studios, including “U DO U” and “Super (Marijuana) Wal-Mart,” the latter of which is about “the absurdity of criminalizing a plant only until a corporate entity can normalize and monetize it.” The Kernal wants to use the song to call attention to Last Prisoner Project for “the great work they do to redress the harms of cannabis criminalization.”

5 Questions with The Kernal by Sam Shansky 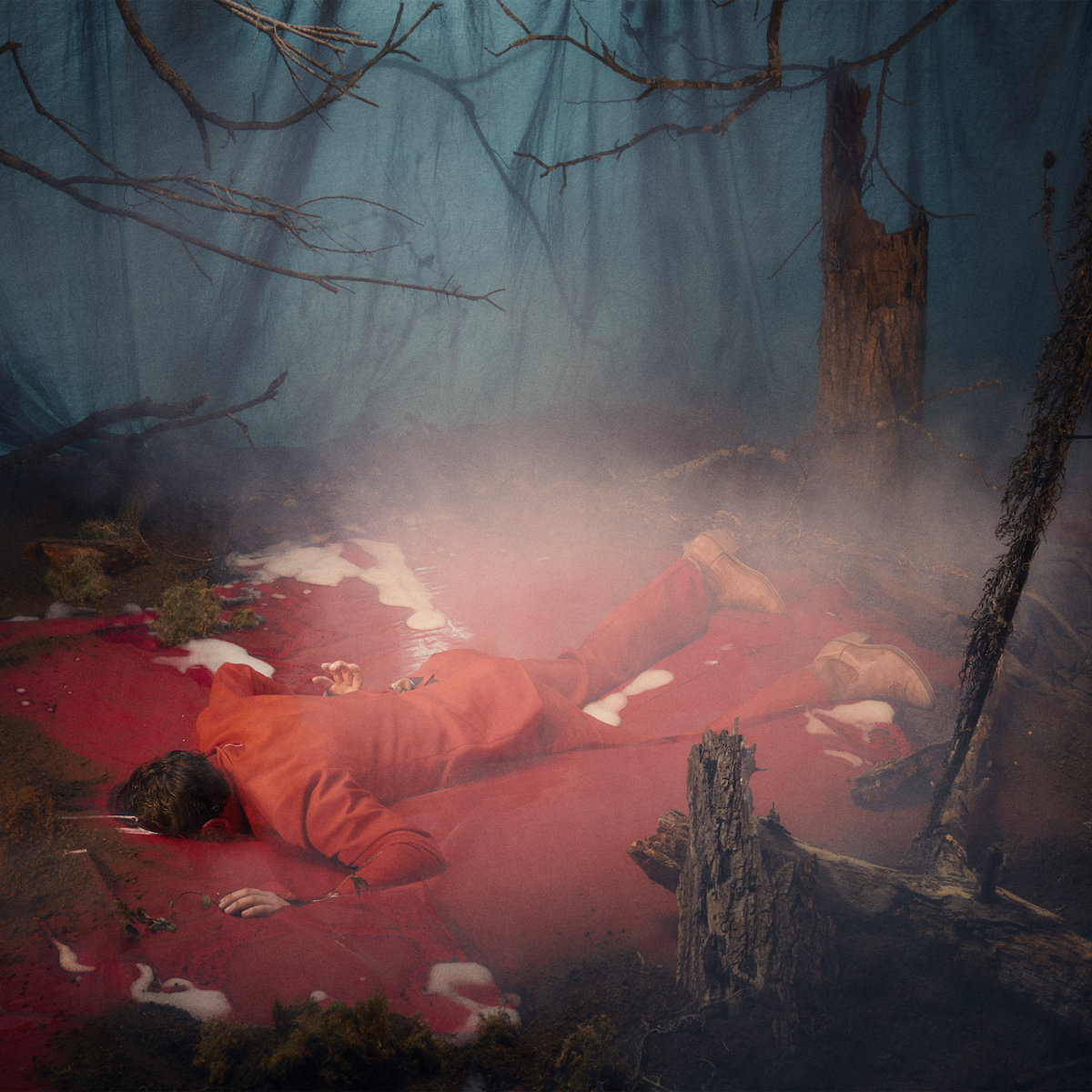 1) Like your previous album Light Country (2017), you co-produced Listen to the Blood with Ben Tanner (Alabama Shakes) at Single Lock Records studio in Florence, Alabama. Could you describe what working with Ben is like, tell us who was involved in the recording process, and explain why cutting analog to tape vs. digital is important to you?

I’ve absolutely loved working with Ben. From the moment I met him I felt like I’d known him my whole life. We had a lot of common interests in music, philosophy, film, stuff like that–so working together has just been a delight for me really. There’s a balance to the way he works that provides space and freedom for weird exploration, but he’s actually also a really sharp, intelligent person who doesn’t suffer time-wasting and inefficiency. I think he’s found a great groove and I can’t wait to see what he does in the future. 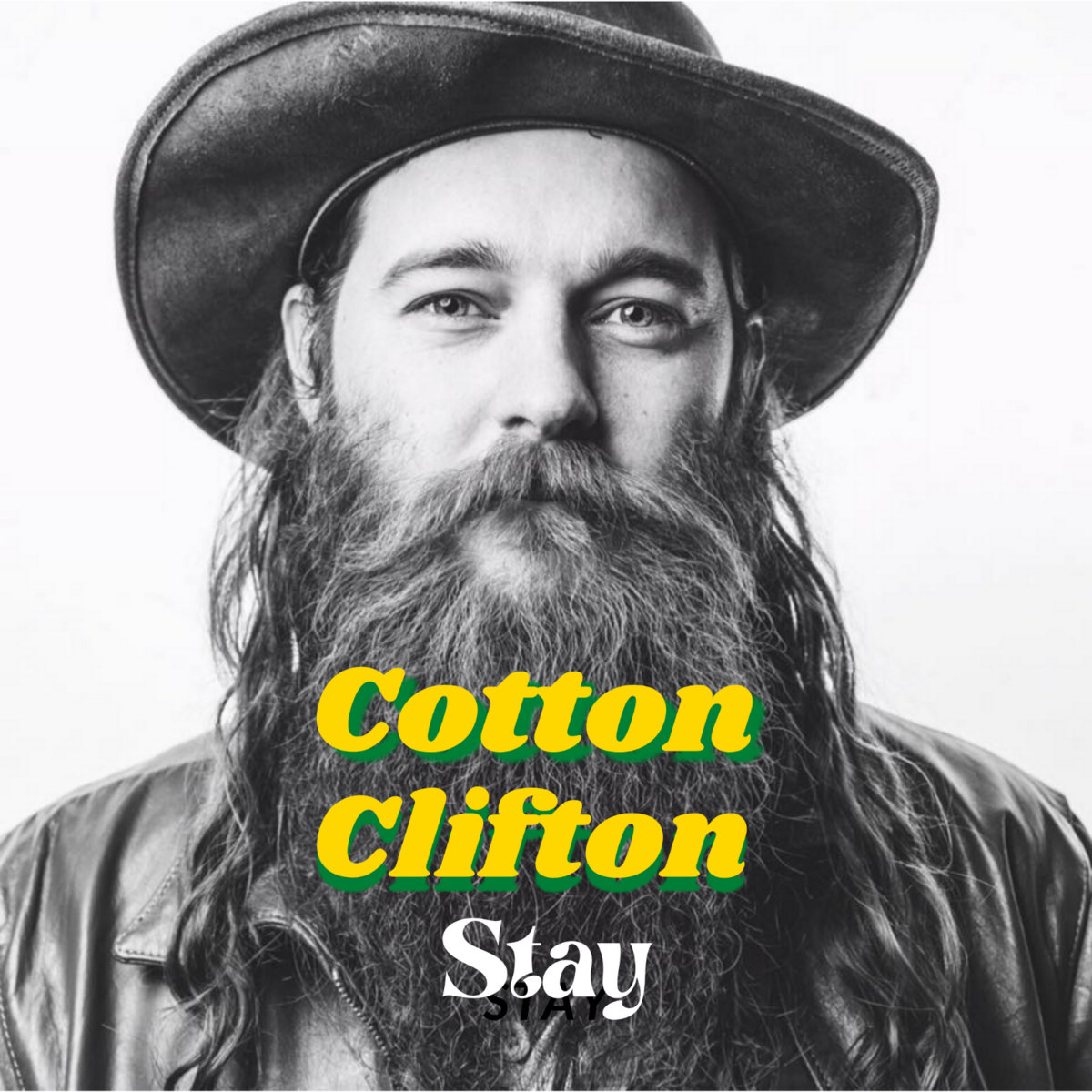 Bonus: Who is Cotton Clifton to you, and how would you describe his musicality?

Cotton is like a brother to me. I’ve met and played music with so many folks over the past 10 years or so and it’s funny looking back and remembering the first shows Cotton and I played together and realizing that we just never really stopped doing it. It’s a close bond that we have and it’s so much fun playing music with someone you’re close with–you wind up syncing up in ways you didn’t mean to, almost like you’re thinking each other’s thoughts. We had similar southern upbringings which bonded us pretty quickly but we’ve traveled all over together and there’s still no one I’d rather share the stage with even after all this time. The sound he gets out of his telecaster is still my favorite thing to hear on stage.

2) You recently released the music video for your single, “The Fight Song (featuring Caitlin Rose).” How did you and Caitlin get connected, and what inspired this song?

Caitlin Rose has been one of my favorite songwriters for a long time. I played a little bass with her a few years back and I was actually a little nervous the first few times I was around her because she really has pulled some astoundingly great songs out of the ether. I’m grateful we’ve gotten to be friends and I love working with her. When I wrote “The Fight Song” I couldn’t imagine anyone else singing it with me. She’s one of those people that you can learn something from every time you talk to her. She’s also got some great new music coming down the pike that I can’t wait for the world to hear.

Bonus: What was your experience working with director Joshua Shoemaker, and what is your favorite work of his?

Joshua has done so much great work, I couldn’t even begin to figure out what I liked best. I’m amazed at his ability to pull something creative out of his hat on the fly. He’s such an interesting and sweet person who has great ideas for days, as well as the ability to execute his vision in a way that’s truly unique. 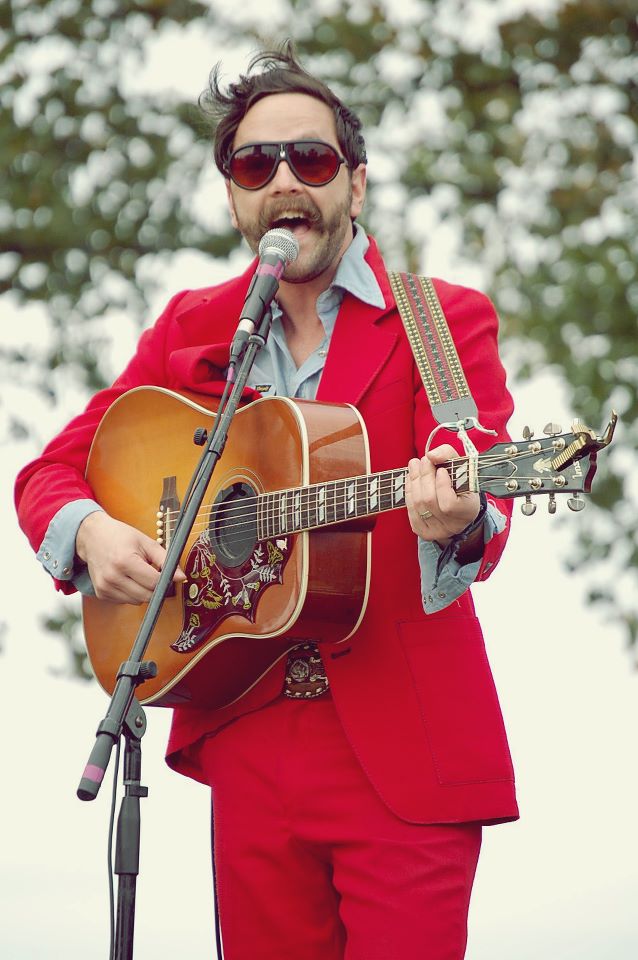 3) Could you share about your musical background and explain where the red polyester suit you wear came from, how Listen to the Blood is the last of a three-album arc, and what it is you’ve been working out with your music over the last decade?

The suit had been in my parents’ attic for 40 years or so when I found it and put it on. My dad wore it when he played at the Grand Ole Opry in the early 70s and I went looking for it after he died. I really began the project initially as a way to grieve–a way to communicate some things between us that I didn’t feel was possible when he was alive and it grew from there.

I set out to make 3 records, yes, and Listen to the Blood is the 3rd. It’s a lot to answer in terms of what I’ve been trying to work out over these records but I generally have tried to leave little personal breadcrumbs behind for myself so that I can remember where I was at the time with the hope that I can make a bit of progress in this life instead of the other way around.

Bonus: Speaking of the red suit, have you buried it in an Iowa cornfield yet?

I have not, but preparations are currently being made. 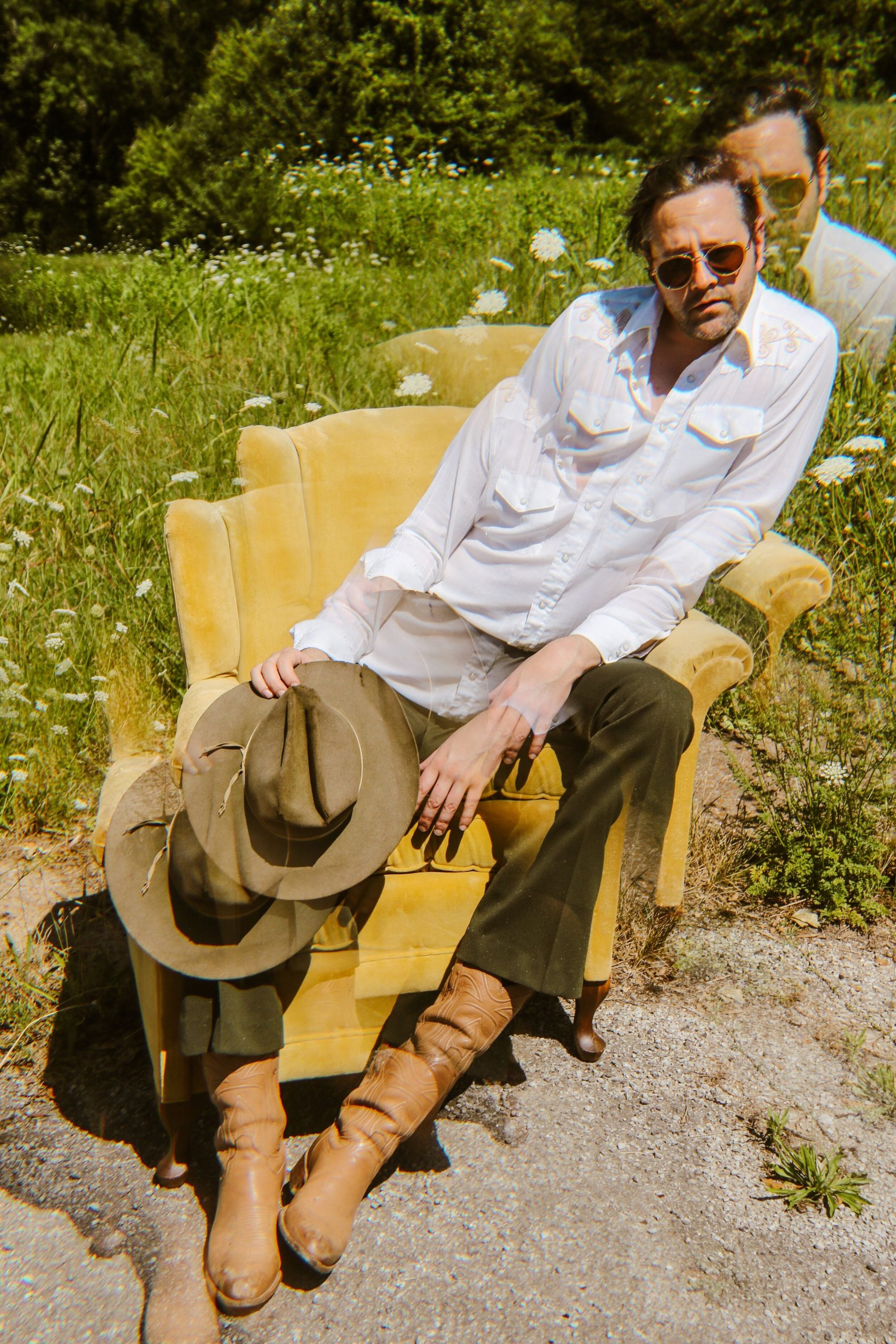 4) Musicians often rank songs on their albums for personal and sometimes arbitrary reasons. Thoughts like, “a certain lyric isn’t quite right here,” or “something just didn’t gel right in the mix with this one.” Which song from Listen to the Blood is currently bothering you the most, and why?

I think, if anything, a few vocal performances may bother me over time just in terms of execution, but I don’t sit around and stew over it or anything. It can be thrilling singing in a live setting with a bunch of humans standing around and it’s not always easy to translate that kind of energy to a recording session. That’s what Ben Tanner and all those boxes and knobs are for I guess.

5) You’ll be putting on an album release show at The Basement in Nashville on January 15th. What’s your hope for that night?

I’d really prefer if oodles of people came out, that would be great. The Basement isn’t a big room so hopefully it’ll fill up and we can all have a nice time and I can sell out of all my records and hop a plane down to one of Jack Dorsey’s private islands. We’ll see.

• Please enjoy this exclusive performance from The Kernal •