Dark, dreamy, childish, and romantic — that’s the vibe The Honeyrunners were looking for when they decided to produce a new music video for their single, “Mixtape,” a colorfully nostalgic tune from the Toronto act’s debut album Everything Is On Fire, released in October via Gypsy Soul Records.

The band chose Mathew den Boer for the job, a versatile animator whose portfolio includes work for Disney, Little Caesars, and 7up, to name a few. The result is a beautifully imaginative piece showcasing that “Saturday Morning Cartoons” aesthetic that the band hoped to capture, and DittyTV has the pleasure of premiering the video today.

Watch the video below, but first, check out our 5 Questions feature, which digs into the inspiration behind the new song and video, as well as the band’s history and some production details behind their debut album. 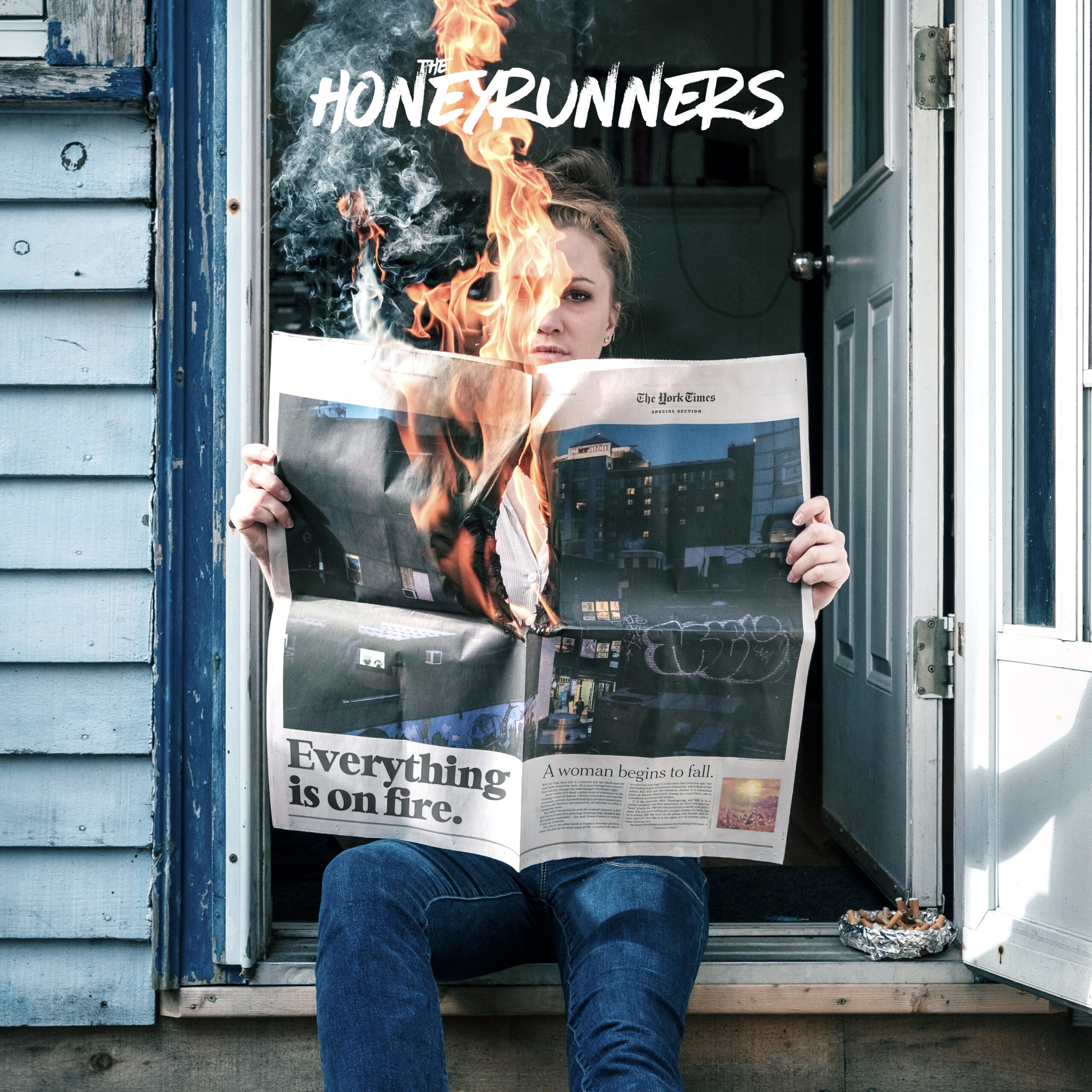 1) Your debut album Everything Is On Fire arrived in October via Canadian label Gypsy Soul Records. This album acts as a sort of call to action, is that right? Could you share the hopes you have for these nine songs?

When you are in constant reach of the news, the world tends to appear like it is always on fire. That constant state of demise is exhausting. There are certainly things that require our action, but the nature of attention-grabbing headlines has grown wearisome, and it causes apathy in people. We begin to feel there is no control over our lives; “we’re all doomed” has become an all-too-familiar belief that needs some tempering.

The call-to-action of this album is awareness; awareness of events that will always maintain a state of “okay/not okay”, awareness of our own fears, and awareness of our ability to affect great change. Be in control of your own destiny – boil down your actions to smaller moments, because those add up in the long run.

The album title was meant to be ironic (we wrote these songs pre-pandemic) but has evolved into something much bigger given these challenging times. Our hope for these songs has always been a form of healing. We want people to give these songs a close listen, feel big feelings, purge what needs to be purged, and move forward with clear heads.

2) Talk to us about who The Honeyrunners are. You’re a Toronto-based four-piece, but beyond that, what are your personal backgrounds, how did you connect, and what’s the driving force behind the project?

The four-piece Toronto group (toting eleven members for larger shows) is fronted by Ottawa-born singer/songwriter Dan Dwoskin (keys, lead vocals) and Canadian-Peruvian audio-engineer/producer, Guillermo Subauste (bass, vocals), owner of local Toronto studio Pacha Sound. The band has seen quite a few lineup changes over the past decade, with Subauste and Dwoskin remaining as mainstays of the project, keeping the lights on and the train on the tracks.

Dwoskin met Subauste via Craigslist, while on the hunt for a new bass player and vocalist in 2016. The pair eventually formed the current lineup via relationships in the Canadian music festival circuit, adamant at finding great players with strong vocals and unique styles of play. As with production-heavy bands like Led Zeppelin, Radiohead, The Beatles, The Beach Boys, and Fleetwood Mac, the two sought out a variety of players and writers with an obsession for music alchemy – tight harmonies, strong rhythm, percussive elements, big energy, lush melodies, and genre fluidity.

Newer additions to the lineup include the soulful Conor Gains (electric guitar, vocals) and Toronto-born drummer and filmmaker, Lewis Spring (drums, percussion, vocals). All leaders in their own right, these players make up the core of The Honeyrunners. The driving force behind The Honeyrunners is this love of alchemy – a constant search for new tones, great songwriting, dynamic production, and a live show that sticks with an audience long after they leave the venue.

3) For the recording of your first album, you worked with a slew of Canadian guest musicians, including members of Bahamas, The O’Pears, Arkells, and others. Why is collaboration an important facet of The Honeyrunners?

We truly believe that the “whole is greater than the sum of the parts.” The band values collaboration, because people bring unique perspectives to songs, often lending them more complexity than one person ever could. There is no room for ego in songwriting because these songs don’t belong to us. We simply picked them out of the ether and wrestled them onto tape.

Music can be a lonesome sport, often fostered alone in our own spaces until we’re ready to show the world our art. It is our belief that the magic of music grows from its collaborative aspects – fostering a community has always been music’s “raison d’être”, and we pursue that relentlessly. In short, it’s much more fun to push the boundaries with a family.

4) Could you share about the current music scene in Toronto and explain what makes it unique?

Toronto has one of the most versatile music scenes in the world. Culturally, we have a melting pot of influence, which creates a unique fluidity in genres. The city embraces hip-hop, country, soul, pop, rock, folk, blues, EDM and so many others wholeheartedly – if you’re craving it, it’s here. It’s much like the city’s vibrant food scene.

The music venues of Toronto (many of which have sadly disappeared this year due to the pandemic) foster pockets of communities that breed great musicians and music fans alike. There are venues that foster new talent, venues that propel bands towards a career, and venues that can rocket career bands to stardom. It makes for a wild energy all year round, and it’s quite an education in music for those seeking it.

As a band, it gives us access to incredibly versatile players, a library of living resources to learn from, and a competitiveness that drives us all forwards. More importantly, there is community here, and that is everything for artists.

5) Today, DittyTV is offering the World Premiere of your new music video, “Mixtape.” Could you describe the production process for the video and what it was like working with animator Mathew den Boer?

Using nostalgic themes from the song itself, the music video for “Mixtape” veered naturally to a 90’s “Saturday Morning Cartoons” feel. The band cast a wide net to find an animator that could tackle the vibe of this project (dark, dreamy, childish, and romantic) and Mathew den Boer fit the bill perfectly. He has a wonderful sense of humour, a background in music, and a knack for well-rounded storytelling. And the guy can draw. Mathew is a ridiculously versatile animator, with a craving to push boundaries and learn new things. He was an absolute pleasure to work with on this music video, and I have no doubt we’ll cross paths again soon. 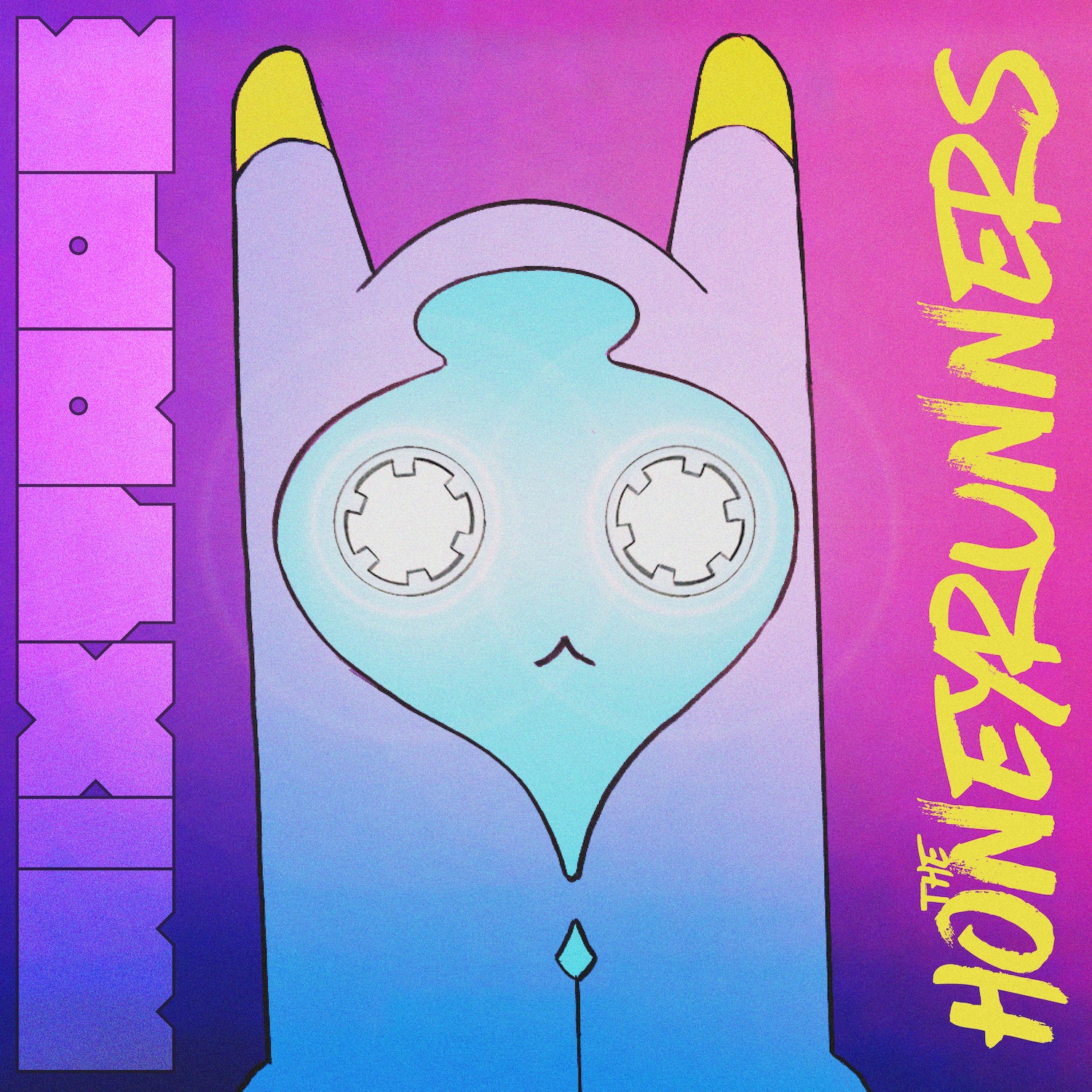 Den Boer crafted the inner world of an old tape deck, run by blue “tape ghosts” overseeing the sacred playback of tape cassettes. With a nudge, two of the ghosts become more self-aware of their circumstance, and break the routine operation of the deck. The consequences change the nature of the tape cassette forever.

There are layers upon layers of themes here, but the main takeaway is control of our own destiny, a trait that tends to be the overarching theme of the songs on the new Honeyrunners album as a whole. At a time when things are wholly uncertain, this record and these artistic music videos are meant to be a wake up call – apathy has no place here; there’s too much work to do.

• Please enjoy the premiere of “Mixtape” by The Honeyrunners •