“Sometimes you have to run. Sometimes that’s the only option,” remark The Faux Paws about their latest single “Anyelsewhere,” a folk-rock tune whose official video DittyTV has the honor of premiering today. The track comes from The Faux Paws’ new self-titled LP, released August 27th via Great Bear Records. “This song is about loving someone who needs to be somewhere, anywhere else.”

We connected with the band’s Chris Miller and brothers Andrew and Noah VanNorstrand to learn more about the group’s formation and their operation as a bi-coastal trio, as well as their somewhat curious roots as “contra dance” artists. Noah shares that he and his brother “spent the last two decades almost exclusively playing contradances and did a lot of bringing more modern sounds into the repertoire,” while Miller marks himself as more of a Jazz-influenced artist with a background primarily dedicated to saxophone. Learn more in our 5 Questions feature and enjoy the video World Premiere of “Anyelsewhere” below.

5 Questions with The Faux Paws by Sam Shansky

1) What is it like to operate in a band based simultaneously in Asheville, Vermont, and Washington state?

C: Maybe it just means we need to be a little more intentional about things, but we’ve always just made it work. We block off times to be sure to get together and work on material, and we do a lot of rehearsing, etc. while we’re on the road in concentrated bursts.

2) For the VanNorstrand brothers: In layman’s terms, would you explain what contra dance music is and detail what your specific involvement with this unique melting pot of genres has been over the years?

N: It’s similar to square dancing but think tie dye instead of bolo ties. You have people dancing together in long lines – you might’ve seen English Country Dancing in the Jane Austin books/movies – it’s sort of evolved from that. You have a “caller” who is calling the dance, and you’ve got a band playing the music that fits with those particular moves. Andrew and I really spent the last two decades almost exclusively playing contradances and did a lot of bringing more modern sounds into the repertoire. Electric guitars, drums, didgeridoo… we did a lot of experimenting and the community was mostly supportive of that. The contra dance community is wonderful. We got our start on the contra dance circuit playing in Great Bear when I was 10 years old and Andrew was 12.

3) Is it important to you that most of your songs maintain a “feel-good” quality?

A: For us, I think it’s most important that our music feels honest. And when we get it right, when we are really connecting with each other and the audience and the song, I think that also just naturally feels good. Our material definitely includes themes of loss and loneliness and heartache of many varieties. But if a song is relatable, it can still feel good, even if it’s not necessarily “happy” you know? We also use our background in dance music to find grooves that make you want to move, which is always fun.

C: It’s interesting to think about what ‘feel-good’ means! I think we decided a while back that we want all our songs to be rooted in rhythm, and have a danceable feel one way or another, which I think is pretty synonymous with feel-good!

4) For Chris Miller: You’re a multi-instrumentalist, but as it pertains to the saxophone, who are some of your key influences, and are there any specific sax-led songs that you simply can’t get enough of?

C: I’ve had a long time living with the saxophone and a bunch of influences have been bigger at some times. Early on it was definitely the playing of LeRoi Moore (Dave Matthews Band) and Jeff Coffin (Flecktones) that made me love the sax and they were doing things that weren’t really typical saxophone settings. Then getting into jazz I spent a lot of time listening to all the masters: Charlie Parker, Lester Young, Coleman Hawkins, Dexter Gordon, Sonny Rollins, John Coltrane, Joe Henderson, Wayne Shorter, and my mentor Bunky Green. I guess if you were going to listen to one song check out Bunky doing “The Thrill is Gone” – the emotional range is incredible. 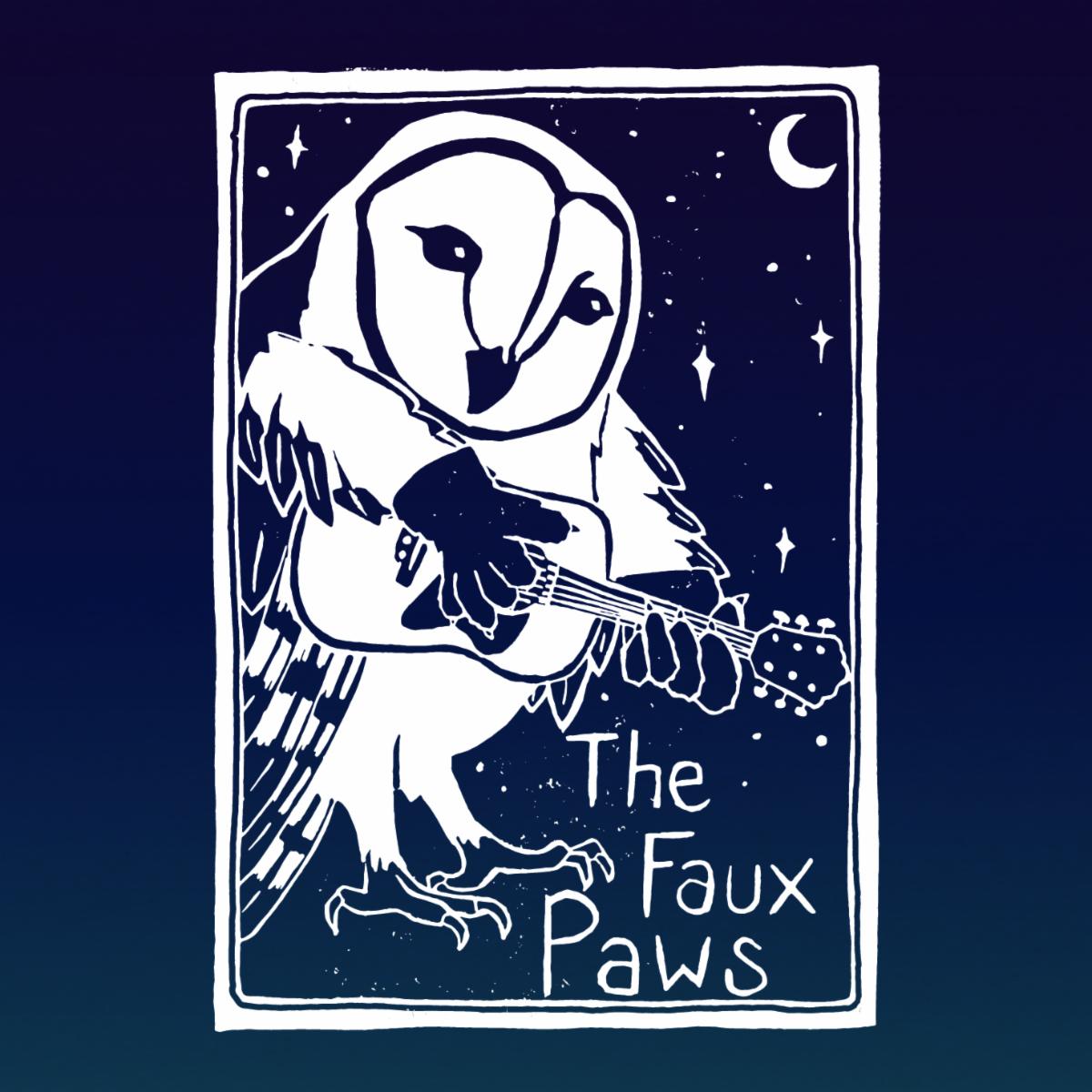 5) We’re pleased to present the premiere of your new music video “Anyelsewhere,” a song from your debut album The Faux Paws. Is the animation in this video the handiwork of Andrew Benincasa? And if so, what inspired you to work with him?

C: I’ve been a huge fan of Andrew Benincasa’s work for a while and it was a dream come true to work with him! The first video of his I saw was for Maya DeVitry’s song “My Body is a Letter.” He’s not only an incredible artist with an amazing attention to detail, he is really skilled at crafting a story and he was able to overlay a beautiful story kind of parallel to our song “Anyelsewhere.” We’re so excited to share it with the world.

• Please enjoy the premiere of “Anyelsewhere” by The Faux Paws •