DittyTV is excited to offer the video World Premiere of “Find The Way Back,” the latest video single in support of The Barefoot Movement’s 2021 LP Pressing Onward. “I’ve seen a lot of people become addicted to the “newness” and the exciting rush that every new relationship brings, and so they can’t hang when the newness fades,” says bandleader Noah Wall regarding the track, which she describes as being about “that point in a long-term relationship when reality hits and it sinks in that you’re never going to be “newlyweds” again.”

Learn more about the creation of Pressing Onward, watch the new music video, and discover some bands that inspire Wall in this 5 Questions feature. 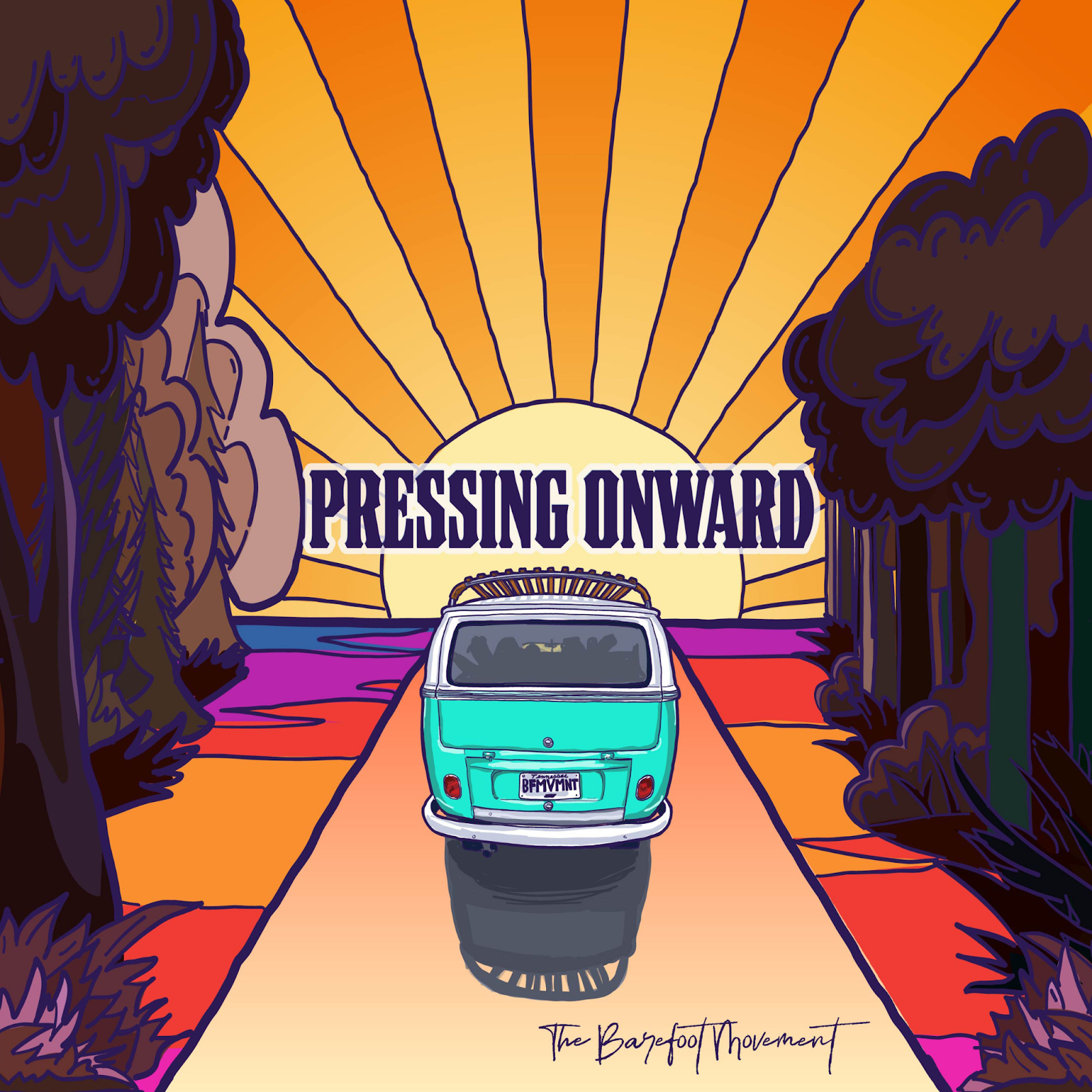 1) You released your latest album Pressing Onward via Bonfire Music Group in the fall of 2021. Are there any stories surrounding the songwriting or production of that record that most people aren’t aware of yet?

We recorded the album over several years. We were touring constantly, our producers are west coasters, and we were living in Nashville, so it was a challenge to find time to work on it while fitting everyone’s schedule.

We recorded it mostly in our home studio and I like that it was a truly homegrown production. Pressing Onward is the sister record to the Rise & Fly EP that we released in February of 2020. All the songs were recorded in the same time span but released separately. I think a lot of the songs on Pressing Onward are curiously relatable after living through the pandemic. Obviously, they were written long before then and we definitely didn’t plan it that way but I think it worked out how it was supposed to.

2) For producers, you chose to work with Chuck Plotkin (Springsteen’s Born in the U.S.A., Bob Dylan’s Shot of Love, etc.) and Hank Linderman (The Eagles, Chicago, etc.). What was that experience like for you, and what did you glean from those two industry veterans?

Working with Hank and Chuck was great. These are guys who have worked on really classic albums, so to have them intently listening and dissecting our songs was a bit intimidating at first but their love for music and for the recording process ultimately made us all comfortable.

They helped me understand how I could use my favorite songs as educational tools to inform my own songwriting. Chuck is very particular about tempos and making sure that recordings don’t feel too frantic or too relaxed. His catchphrase became “does it bear repeated listening?” And if Chuck thought so, then we knew we had something that was working and that gave us confidence in our material. 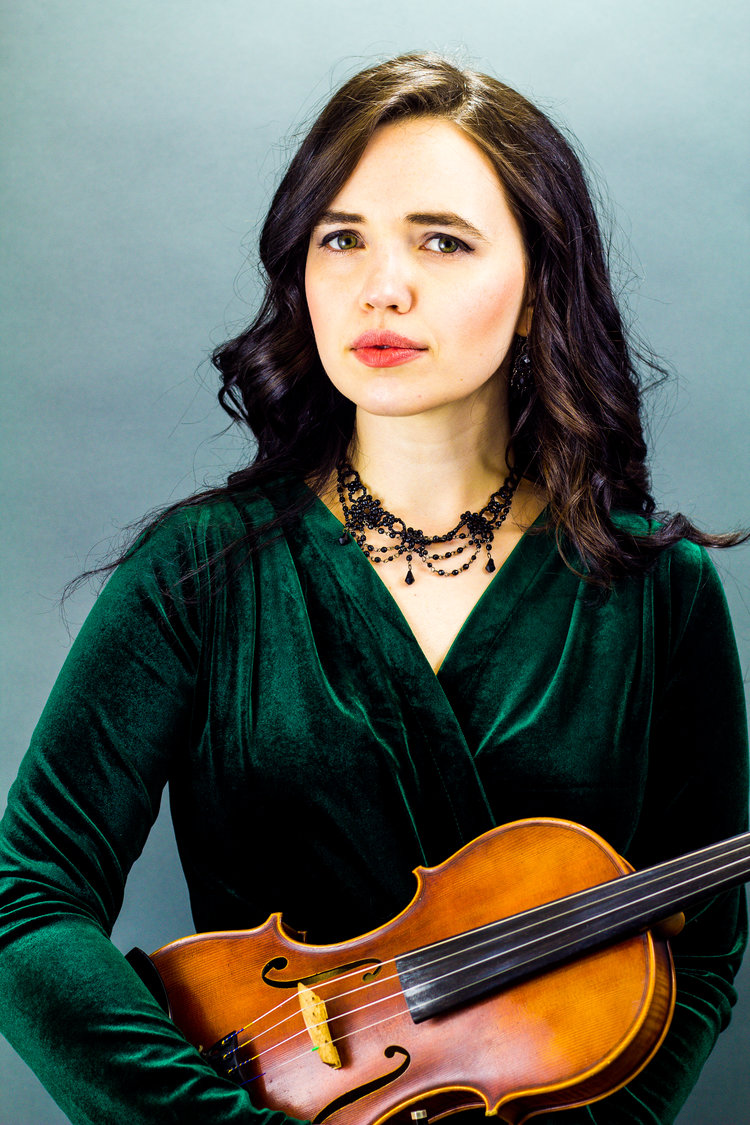 3) Is there a particular song from Pressing Onward that speaks to you on a deeper level than the others, and why?

“Someday” is one of my favorite tracks on the record. I wrote it a long time ago right after an unexpected departure of a band member. I was having a moment of weakness where I really didn’t know how to move forward but I knew that I ultimately would, somehow. I wrote the song during a set break at one of our first shows post-split and I was feeling particularly lost.

I have felt that way numerous times in my life and I think what ended up coming out in my lyrics was a prayer-like mantra, revealing something that I knew deep down inside myself but needed to be reminded of. That the sun will rise, it always does, no matter how lost in the darkness you feel. And to just hold onto that thought until you find the light again. 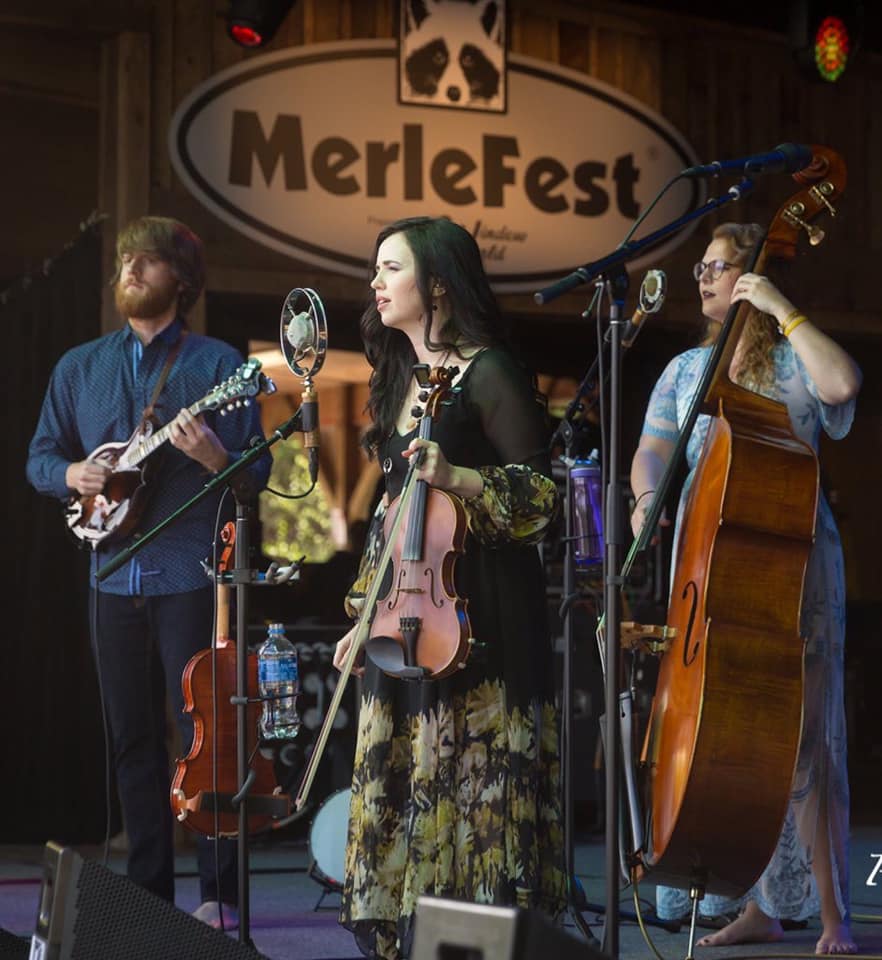 There are so many incredible artists to choose from but off the top of my head, I really love The Seldom Scene for their incredible harmonies and interesting arrangements. I certainly draw some inspiration from them, particularly from their unexpected cover choices.

A more modern band I really respect is Old Crow Medicine Show. I adore Ketch’s songwriting and fiddling. You can tell he is a scholar of old-time music and his songs definitely reflect that but also have a pop sensibility in how catchy they are. I’d love to write songs like him.

Bonus: Outside of bluegrass, what artists or songs are you currently enjoying?

I honestly love all kinds of music, and on any given day you can find me bouncing between a wide spectrum of genres. It’s December as I’m writing this, so I’ve been listening to a lot of holiday music, especially We Banjo 3’s new Christmas album, as well as some other discoveries I’ve made this season including Loretta Lynn’s and James Brown’s holiday collections.

I also am a not so closeted metalhead and I just discovered Lemmy from Motorheads “Run Run Rudolph” which I really got a kick out of and The Kink’s “Father Christmas.”

5) DittyTV is honored to offer the video World Premiere today for your single, “Find The Way Back.” Could you share what inspired this song and explain how the video came to life and how it visually compliments the tune?

“Find the Way Back” is about that point in a long-term relationship when reality hits and it sinks in that you’re never going to be “newlyweds” again. Also, about coping with the emotions that realization brings and learning to accept and be comfortable with that very natural and normal progression. If you can navigate it successfully, it actually turns into something even more beautiful than what you originally had, but I’ve seen a lot of people become addicted to the “newness” and the exciting rush that every new relationship brings, and so they can’t hang when the newness fades.

“Find the Way Back” is my fight song against that inclination. The video was beautifully done by Workshop Media. The sequences are meant to represent retracing your steps and trying to find something that was lost along the way.