To pair with the World Premiere of their latest music video single, Los Angeles-based The Americans have touched base with us to discuss the band’s sophomore studio album, Stand True, which was released May 6 via Loose Music.

Learn about the making of the video, the group’s love for both pre-war American music and modern styles alike, their role in the PBS series American Epic, and more.

5 Questions with The Americans by Sam Shansky

1) Congrats on your sophomore studio album, Stand True, released May 6 via Loose Music. What has recording this record taught you about yourselves, and what is your desire for listeners to take away from it? 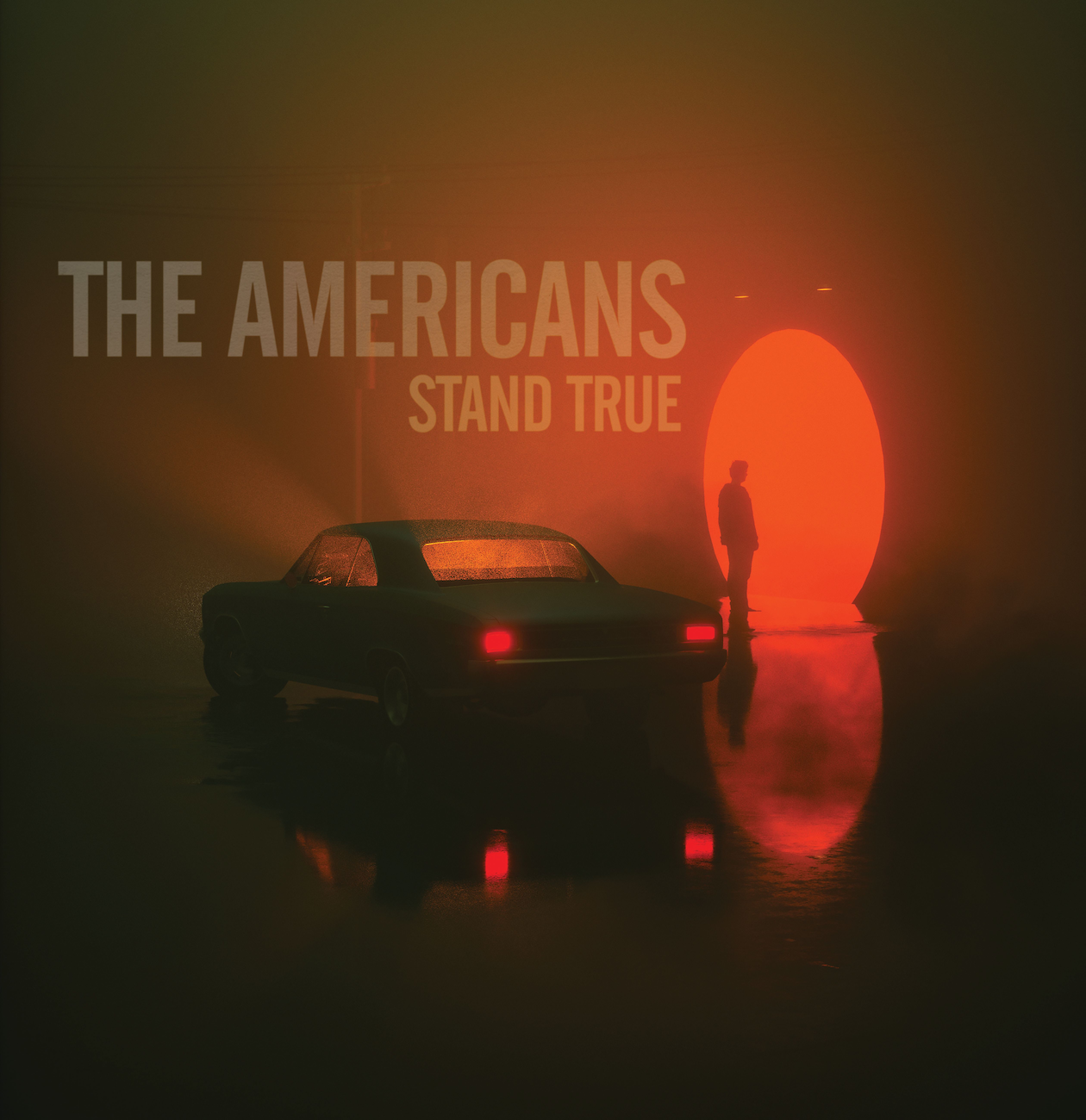 Well, it demonstrates that we can make more than one album, which was nice to learn. When we’re writing, we’re tugging on different yarns to find out what’s at the end of them, how deep they go.

Inevitably what we’re looking for is the sort of music we make, what we’re going to sound like this time around. On this record we sound more like ourselves than on anything prior.

2) We’re excited to premiere your official music video for the album’s title track. Tell us about working on the video with Jillian Martin and Robert Dalsey. What was that experience like for you, and where did you film?

Yeah, thanks for doing that. We shot it at Jake’s house. We wanted the video to have a performative quality, but not like we were literally playing the song live. I kept picturing us off in a cabin, playing the song for no one.

Bobby and Jill have been pointing cameras at us for years, so they went back and found some footage from old shows and recording sessions to add in.

3) Could you talk to us about the Navajo AM radio station that helped inspire your song, “Born With A Broken Heart,” and share why you enjoy tuning in late at night?

We used to stop at local radio stations in small towns and just walk in with our instruments and ask to play on the air. A few times it actually worked, and one of them was at KGAK, a Navajo station in Gallup, New Mexico. The DJ, Eugene Plummer, introduced us entirely in Navajo—except for, “The Americans!”—and we were on.

We tuned into more Navajo stations throughout the Southwest after that, and Zac managed to find one that reaches all the way to LA at night.

A couple years ago we stopped back in to KGAK and got to hear them play our latest single over the airwaves.

4) Where does your appreciation for Blues and American roots music come from, and could you touch on the significance that Lucinda Williams’ Car Wheels on a Gravel Road holds for you?

I think anyone who’s taken time to appreciate pre-war American music feels similarly to the way we do. It’s primordial, like cave paintings, from an era on the cusp of the very invention of recorded sound. You can’t get anything like it elsewhere.

Car Wheels isn’t an album I can remember hearing for the first time. It was just on in my house growing up. My dad would talk to me about it, the meaning of the title, the songs. In that sense it taught me about how to sing, how to write and deliver a line, long before I ever thought of doing such a thing myself.

5) What music made in the last few years is exciting you most, and why?

Patrick: Joanna Newsom. She’s the greatest songwriter of her generation. And Kurt Vile. I saw him at a festival in the Netherlands where we were also playing. I don’t remember the last time I was so suddenly transported by a live show.

Zac: Les Filles De Illighadad. I can’t think of a lot of bands that use electric guitars and drums in the powerful way they do. A lot of music in that style today seems intentionally light-hearted, and not very intense. They fingerpick two electric guitars in a way that interacts really well.

Jake: Timber Timbre for their unusual arrangements and feels. I like the emotional honesty and exploration of rock & roll that Big Thief are doing. And I’m into everything Alabaster dePlume is doing.

Bonus: The Americans have quite the origin. Your mothers met on a train to Woodstock? What’s the story there?

My mom and a friend of hers—a man named Joel who was somewhat legendary in his time—spotted Jake’s mom on the train and invited her to hang out. Drugs may have been involved.

So Jake and I were friends as little kids, and when we reconnected as teenagers we just happened to be into all the same music, and both learning to play the guitar.

Bonus: Knowing your affinity for vintage gear, have you acquired any new (to you) pieces recently that you’re diggin’ currently?

Zac found a 1960s three-pickup Kay they call the Style Leader that’s his main guitar now. I found a 1960 Harmony Rocket on tour. I kept plugging it into different tube amps, hoping they were the reason the guitar sounded so good, so I wouldn’t have to buy it.

Sadly many of those musicians are gone, including Willie Jackson, Riki Chen, and Deforrest Wiggins. We still have the masters.

Bonus: What was it like to work on the PBS primetime series American Epic? How did that come about?

We were hired to back up artists in the studio for the recording session portion of the film. The three of us started out playing pre-war blues and folk music together, so it was a natural role for us.

The recordings were direct-to-disc, so each take was permanent and cost around ten dollars. Every recording in the film was made on that machine, which had not been previously reconstructed since its retirement in the 1930s.

Later on I joined as a researcher and associate producer, helping dig up previously unknown photos and footage of blues and country musicians.