Spirit of the Suwannee Music Park (SOSMP) has announced that Greensky Bluegrass, Béla Fleck & The Flecktones, Sierra Hull, Ghost Light, and Jon Stickley Trio are added to The 4th Annual Suwannee Spring Reunion lineup along with a host of other acts. The festival takes place Thursday – Sunday, March 19-22 at SOSMP in Live Oak, Fla.

As exemplified by the scheduled acts, the festival features a range of genres rooted in original music: Americana, Bluegrass, Newgrass, Folk, Singer/Songwriter, Blues, and more.

In addition to campground singalongs, music plays from four stages throughout the festival. Hands-on and performance workshops will be held throughout the weekend with a variety of artists set to perform. In addition, there will be a wide array of arts & crafts as well as an array of culinary offerings ranging from healthy to decadent in the Vending Village.

SOSMP is located in Florida between Jacksonville and Tallahassee, about 30 minutes south of the Georgia State line. Tickets are on sale now. 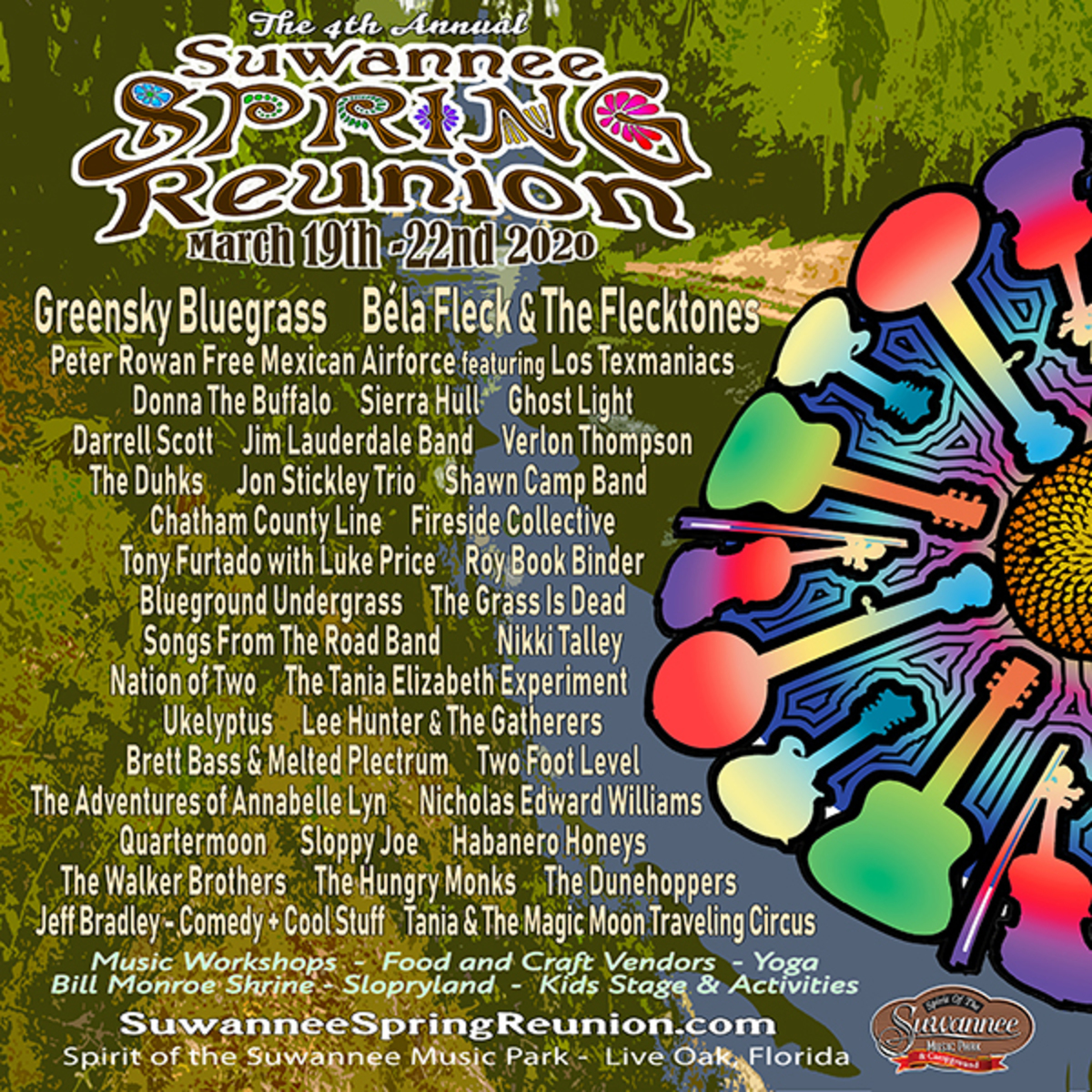