Florence, Ala.-based Single Lock Records is ready for a takeover of Musician’s Corner June 29 at Centennial Park in Nashville. The event gives the young record label a chance to showcase a few of its artists and illustrate how far the label has come in just a few short years.

The Muscle Shoals area (Florence is just across the Tennessee River from Muscle Shoals) has had a long history of producing exceptional songs and for decades has boasted an array of great musicians and songwriters. Recording studios such as FAME and Muscle Shoals Sound reached legendary status, and a lot of great studios such as Portside Sound, Wishbone, and The NuttHouse, among others, are still creating wonderful music. But one piece missing in the Shoals area’s penetration into the music industry has been a record label. A few years ago, Single Lock Records finally filled that gap.

The back story is pretty much the same from each co-owner: A lot of local musicians knew each other, hung out together, and played in several different bands together. An informal collective of sorts already existed. Meanwhile, these were folks who had traveled to more progressive places such as Asheville and Austin and even Nashville and Atlanta. “Why can’t we create a little slice of that here in Northwest Alabama?” they thought.

The seed arose with discussions between Ben Tanner and Will Trapp, who had known each other for years. Trapp, a few years older, was in finance but absolutely loved music. Tanner had worked at FAME and toured with the Alabama Shakes. They thought about how to formalize the collective that consisted of a new generation of local musicians, most of whom didn’t know or understand the region’s musical importance when growing up in the area. They weren’t around when Aretha Franklin came to FAME, or the Rolling Stones cut “Wild Horses” at Muscle Shoals Sound, or when Percy Sledge recorded “When a Man Loves a Woman” at the now-defunct Sheffield studio called Norala. 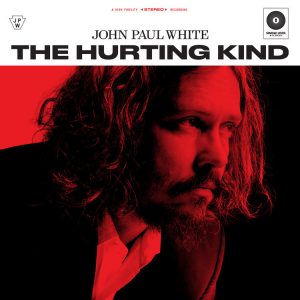 Around the same time that Trapp and Tanner were pondering an unclear dream, Florence resident and musician John Paul White decided to buy the house next door to his and turn it into a studio. Tanner’s reputation as a sound engineer had grown from his work at FAME and White was working with Tanner to create the studio. Tanner told White about his and Trapp’s idea for some sort of record label and White said he’d love to be a part. And thus the wheels were in motion for the first real record label in the Shoals.

Single Lock caught a break early as Half the City, the debut album from St. Paul & the Broken Bones (and produced by Tanner) became a surprise success. That album was released about six months after Belle Adair released The Brave and the Blue. That album is significant because some of the guys in that group have acted, in part, as White’s backing band, including drummer Reed Watson, who now has ownership in Single Lock.

The guys each say the company tries to do things the right way. They want to work with people of high character and the company itself is known for its integrity and fairness with artists. Moving forward, Watson says the future is fun to think about but also terrifying. “We just want to stay flexible and continue to adapt to whatever changes continue to occur in this industry,” he says. “We plan to just stay true to our core principles.”

Tanner adds, “We’re really looking to build community around good music. I really despise genres. In fact, we try to work with people you can’t pigeonhole. Those are the artists who are interesting to us.”

That said, even the Single Lock artists who might be pigeonholed are a bit different from what’s being produced elsewhere, and achieving recognition. Cedric Burnside is a Mississippi Hill Country blues artist and his album on the label, Benton County Relic, was nominated for Best Traditional Blues Album at the 61st annual Grammy Awards and he won Best Blues Drummer at the 2019 Blues Foundation Awards. “He’s a real unicorn,” said Trapp. 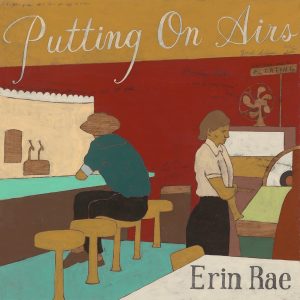 Other artists who have recorded on Single Lock, such as Lera Lynn, Nicole Atkins, Dylan LeBlanc, Erin Rae, and Caleb Elliott, and label co-owner White are certainly more difficult to categorize. The label has had considerable success and, according to Trapp, it’s not just the partners who make the decisions. “If we’re considering a new artist,” he says, “we get everybody at the label to listen. We want everyone to have a voice.”

One such voice is Addy Kimbrell, who began as an intern, went part-time, and was hired full-time within a year of when her internship began. She’s in accounting and business management but is deeply involved in the label’s daily activities. She says some aspects of Single Lock’s growth might not be as obvious as signing topnotch acts. “An example of that would be the new business relationships we’ve created, such as our Australia/New Zealand label partner, Cooking Vinyl Australia,” Kimbrell says. “They make sure our releases are available in that part of the world and have done a really great job for us.”

Haley Webster oversees manufacturing, inventory, and shipping, and remains excited about the label’s future. “I think it’s even more exciting to think about how far we have left to go and what else we can accomplish if we keep pushing and moving like we have been from the start,” she says.

Kimbrell encapsulates the thoughts of the entire company when she says, “My hope is that Single Lock means bridging the past and the future of Shoals music. We want people to know that this is still a great place to live, work, and make music.”

And as for the lineup at Musicians Corner June 29, you can catch them all day long in Nashville. (Single Lock artists are in bold font, while the others are playing the Lightning 100 acoustic stage between Single Lock sets): 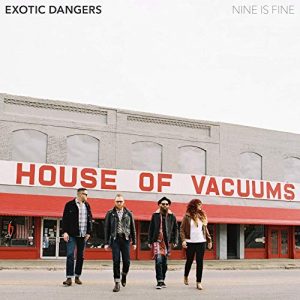