Need-to-know Nashville-based duo Side Pony has a brand-new music video to reveal today for their single, “Heels,” a tune which they say, “started out as a cheeky song about not being worried about the height of your partner when choosing your shoes,” before they realized there was “potential to say a lot more… too many good opportunities to throw in some humor-laced digs at the male sex’s shortcomings. All’s fair in love and footwear!”

Side Pony is Alice Wallace and Caitlin Cannon’s new musical vehicle, and they’ve been driving listeners wild with their sound, releasing their debut album Lucky Break to critical acclaim in October 2021 via Mule Kick Records. We caught up with Side Pony to discover as much as possible about the new record and the making of their new video, which features a few familiar faces from the Americana music scene.

5 Questions with Side Pony by Sam Shansky

1) How did you two first meet, and when you did, what were some immediate commonalities that drew you together?

Alice: We met in Nashville during AmericanaFest three years ago when we both happened to be at the same venue – Belcourt Taps – to see a writer’s round. I was seated at the bar and Caitlin leaned over me to order a club soda with a splash of sugar free Red Bull and the sparks just flew! We started chatting and found we had some mutual friends, so, in true Nashville fashion, we met the next morning at Caitlin’s house for a songwriting blind date.

It’s so rare for a first songwriting session to go as well as ours did. We both loved the song we wrote; we just clicked right from the start. And it really came down to the fact that we were both the kind of songwriters who refused to write something we weren’t 100% in love with.

2) In October 2021, you released your debut album Lucky Break. Where and with whom did you cut those eight tracks, and what were some highlight moments that took place in the process? 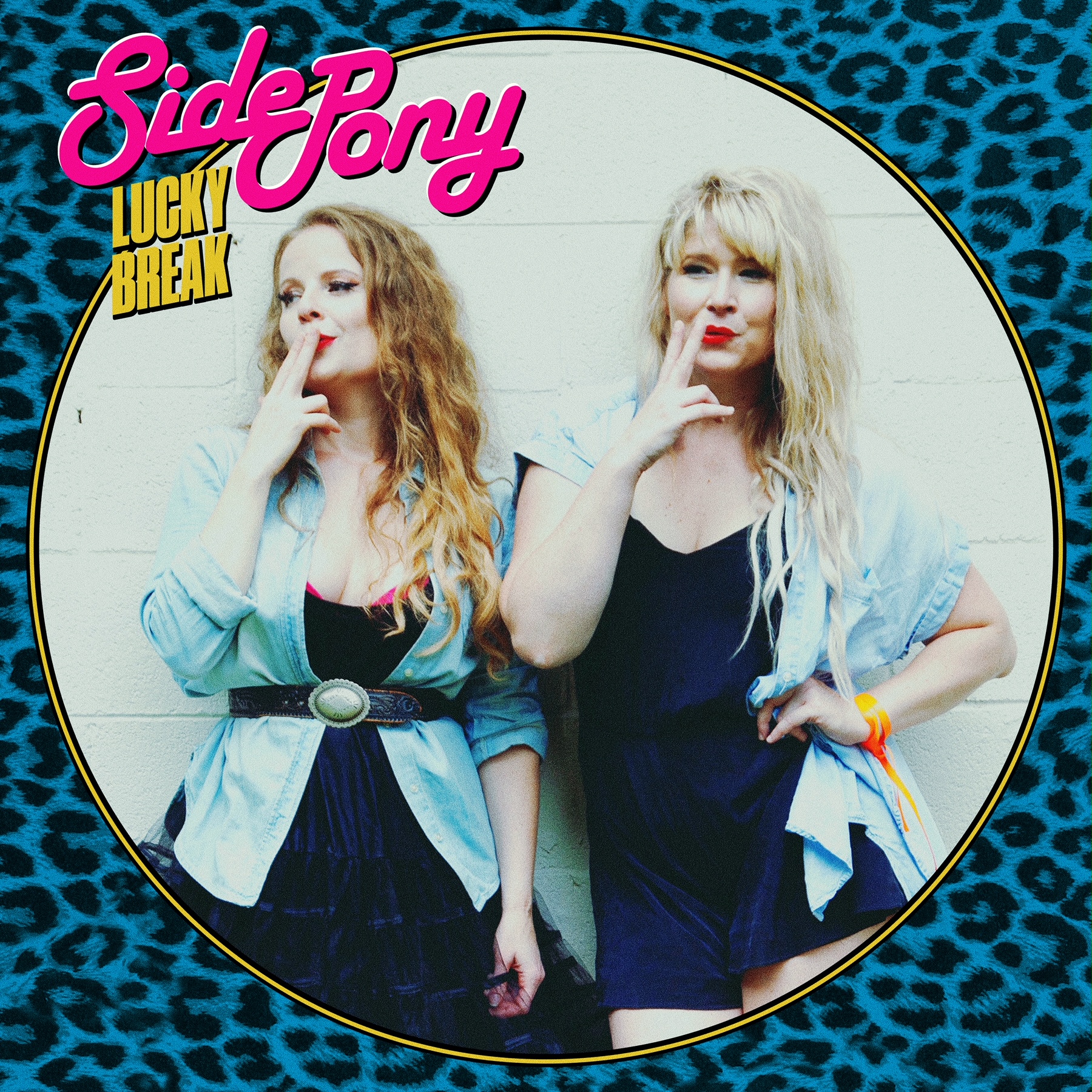 Alice: We recorded our album with Doug Lancio at his home studio in East Nashville. He spent 14 years playing with Patty Griffin and produced her album 1000 Kisses, which we both count among our favorite albums, so we were thrilled he was interested in producing the Side Pony album.

And then we brought in our Nashville band for the instrumentation because they are all so talented and already had a great feel for what the songs needed. Andrew Sovine played guitar (and many other stringed instruments), plus Caleb Mundy played bass and Erin Nelson was on drums and percussion. We also had Michael Webb, who is in Poco and has played with John Fogerty and Hank Williams Jr. just to name a couple, join us on keys.

And then the icing on the proverbial cake was when Dan Dugmore came in to add pedal steel. Dan played on some incredible records that came out of LA in the 70s, including most of our favorite Linda Ronstadt records. It’s his steel you hear in the solo in her recording of “Blue Bayou.” Caitlin and I are both heavily influenced by Linda and those California country/rock albums, so having him contribute was a big highlight.

3) Speaking of processes, what is your shared songwriting process, and how is it different from writing alone?

Alice: When we write together, we usually have some kernel to go on – either a title or a concept. And then we both start working to flesh it out. We’ll just brainstorm lots of lyric ideas to start with and then start crafting a melody and a rhythm for each section. It’s very collaborative and we will work through each section together until we’re both happy with how it lands on the ear. That can vary from how we write separately.

Caitlin: I’m most often compelled to write to metabolize some kind of discomfort or confusion I’m in, but I try to execute it in a way that anyone else harboring those feelings can relate to. In that sense, it’s more of a selfish process because I get to feel less alone. When Alice and I write together I think the songs become even more relatable because we are such different people, and the only criteria is that we both have to love the songs when they are done.

Alice: When I write alone, I will usually have a concept in mind, but I tend to start with the melody, and then I try to write the melody and lyrics simultaneously. When I do it that way, I always end up with a melody that speaks to me more effectively. And I also want it to be something that I simply love to sing. I really approach songwriting from the perspective of a vocalist first.

Bonus: Musical strengths and weakness — what’s something Caitlin’s skilled at that Alice isn’t, and vice versa?

Caitlin: I actually minored in music theory and graduated with honors but I still couldn’t tell you what notes are in the key of anything other than C. Because of seeming limitations like these, I leaned into a writing ability that came more naturally to me. If I craft the words first, I find that it requires me to really mean them. Then I’m required to stretch my knowledge by figuring what chords will best support melodies I come up with the same way. I believe our imaginations are our greatest unlimited resource, and everybody has one.

Alice: I have a good sense of music theory after playing instruments throughout high school and college, and that really informs how I approach songwriting and the structure of a song. Though, of course, you learn those rules just so you can learn to break them. And I also just love stretching a song’s melody in terms of vocal acrobatics. That’s where the yodeling comes in!

4) Today, we’re premiering your brand-new music video, “Heels.” Whose vision was this, and who brought the vision to life?

Caitlin: I can probably claim the majority of the vision on this one. My convincing Alice to do things she never knew she wanted to do has become a bit of a running theme in our music videos, and this one is no exception. Originally, Scot Sax gave me the idea to choreograph a dance based on Jim Carrey’s psych ward scene in Ace Ventura: Pet Detective. That was fun. But then it evolved into our making a more user-friendly TikTok. Maybe it’ll catch on without the faceplant!

Bonus: Lots of musician cameos can be spotted in the video! If you had to come up with superlatives for each friend featured (e.g., Best Jazz Hands), what would they be?

Bonus: As you see it, what’s the message of this tune lyrically?

Though it started out as a cheeky song about not being worried about the height of your partner when choosing your shoes, we quickly realized there was the potential to say a lot more with this song. There are far too many ways in which women have historically been willing to shrink themselves to make a man feel bigger and more powerful. And in calling that out, there were just too many good opportunities to throw in some humor-laced digs at the male sex’s shortcomings. All’s fair in love and footwear!

We are beyond thrilled that the world is finally opening up to the point that we can get on the road to share these songs! So that’s exactly what we’ll be doing. In the next five months, we’ve got tours planned in Spain, the UK, and throughout much of the US. Sign up for our mailing list so we can keep everyone in the loop on the tour dates as we announce them!