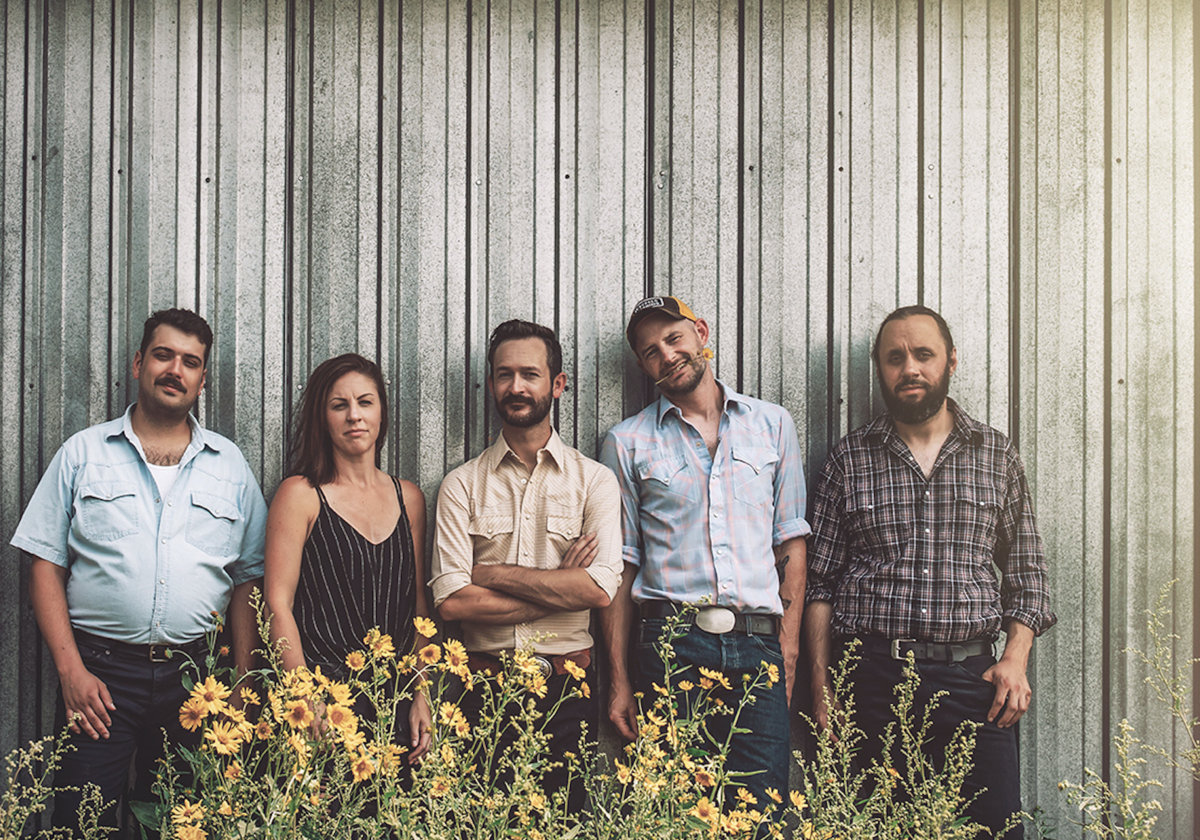 Available today is the video World Premiere of “High Time to Hang Fire,” a soul-stirring Classic Country-tinged tune from Milwaukee-based band Ryan Necci and The Buffalo Gospel. “Honestly, it’s one of the tougher ones for me to play live. I can get deep in my head on that one and the next thing I know, I’ve forgotten the words or missed a cue,” says Necci, who’s described the song as a belated goodbye letter to a close friend. “He’s always right in the front of my brain when I sing it.”

Dig into our 5 Questions with Necci to get to know the artist better and then take a look at the new video, shot during an opening gig for Mike and the Moonpies at the Raccoon Motel in Davenport, IA. 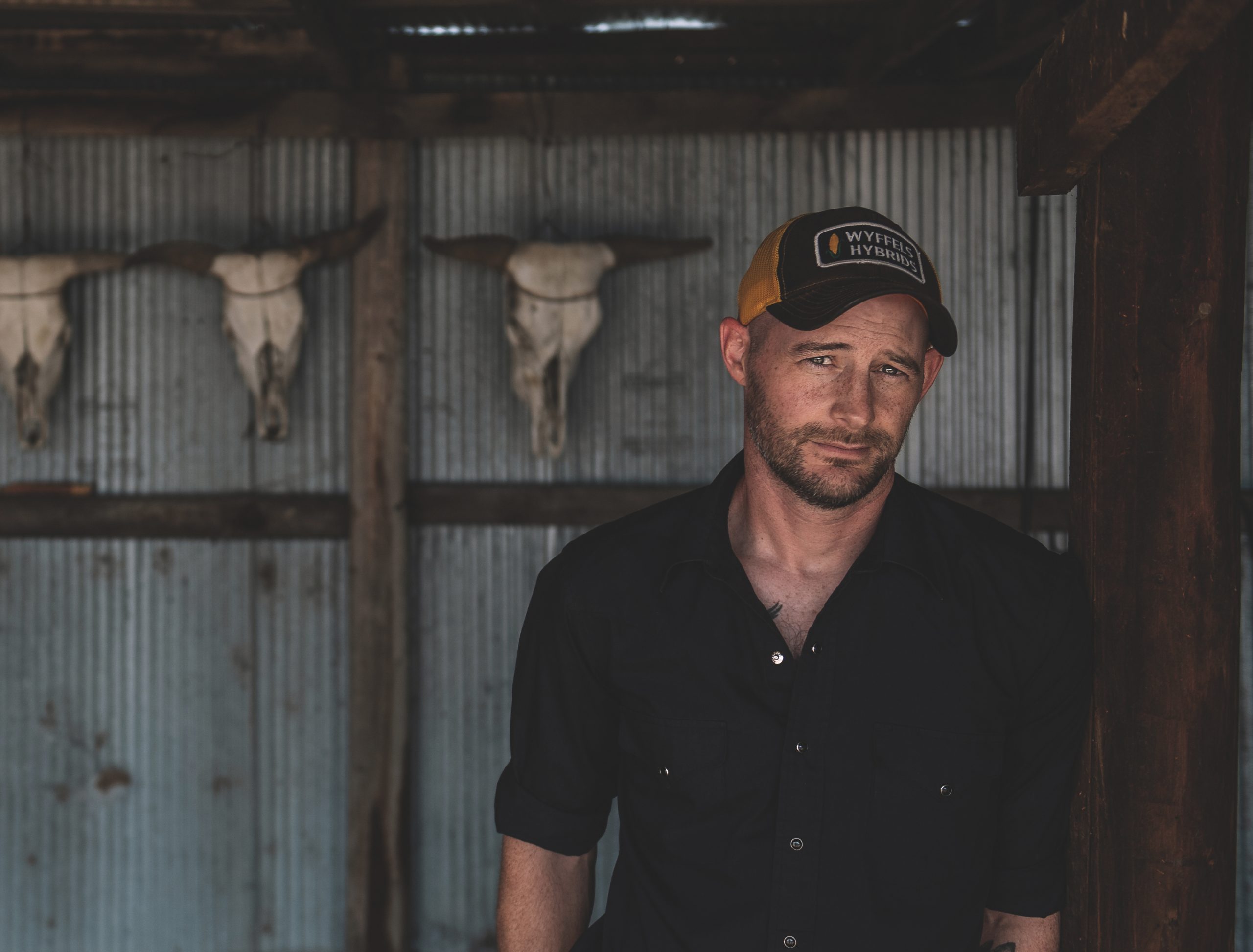 1) Could you tell us about your Wisconsin roots and what your early musical journey consisted of — how did you get started as a singer-songwriter?

I actually started as a drummer for a jam band in Wisconsin. This was back when I was in college and the telephone had yet to be invented. We played a lot of covers but eventually got the itch to start writing more originals. I had grown up with a family record collection full of Townes, Emmylou, Dylan, Prine and had always loved those types of songs. Young, dumb me thought “how hard could it be?” So, I taught myself to play guitar in an open tuning (sort of a discount Richie Havens thing) simply to make demos to share with the rest of the band. Like most bands, that one eventually came to an end and I just kept writing only to find that the writing was all I ever wanted to do. 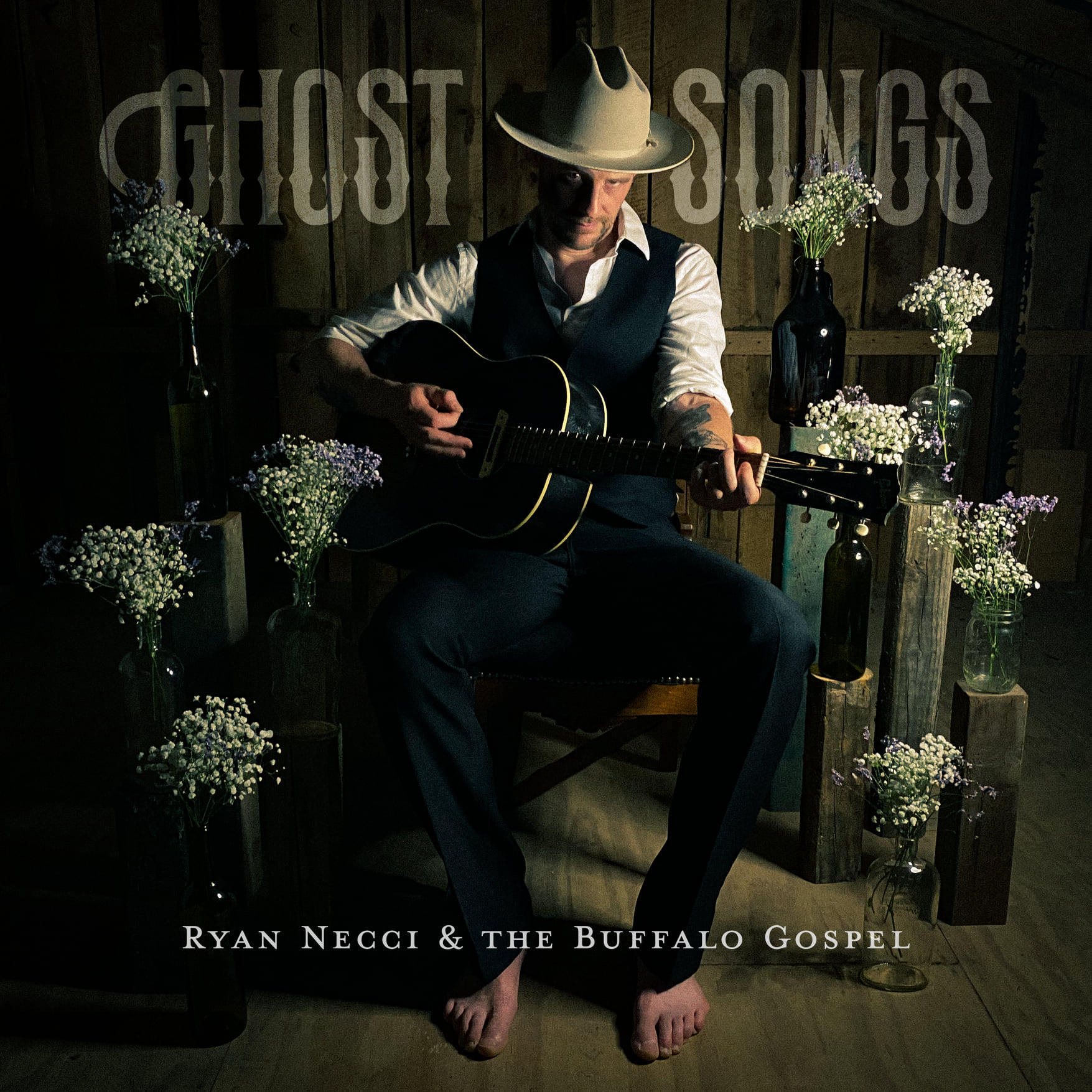 2) You’ve been actively recording and releasing music for over a decade now, and earlier this year, you independently released an EP titled Ghost Songs. How has music positively affected you, and how does the collection of tracks on Ghost Songs echo events in your life?

Ghost Songs is a small collection of tracks from some of my previous releases that felt like touchstones to me. I went back and tried to find the songs that I can still connect with and live within on a pretty deep level. They happen to all be about loss – life, love, friendships – but I’ve found that helps to remind me that things keep moving forward despite those dark and hopeless moments. Sometimes, late at night, I think it’s good to remind yourself that the sun will rise again. 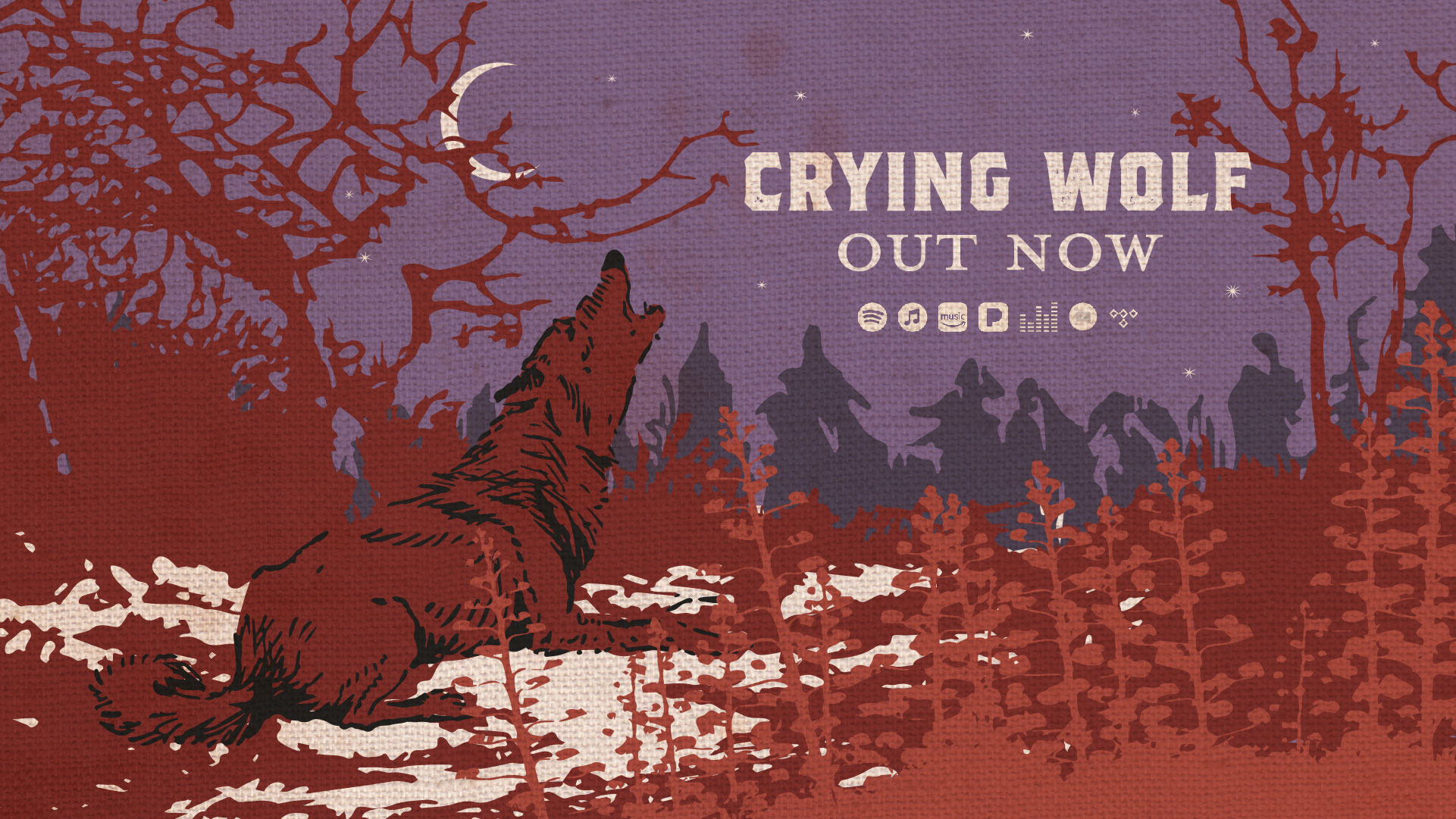 3) You recently signed a record deal with BMG and have now released a couple of singles, including “Bloodlines” and “Crying Wolf.” Where and with whom did you record those tracks, and what can you tell us about your upcoming record?

We recorded those songs with Logan Matheny at his Big Light studio in Nashville, TN. Logan is fantastic – very laid back and kind. We had a few of the folks from the band (Kevin Rowe and Haley Rydell) and a few really great studio musicians in town (Jerry Roe, Kris Donegan, Phil Bronchtein) working together. All incredible people and it made for a wonderful, creative session.

I’m in the process of recording another batch of songs at the moment. I’m not entirely sure where all of this ultimately leads but I can honestly say, that’s a fun place to be. We’ve got a big, big pile of worktapes that we’re excited about and we’re just trying to find the right way to cut them and put them out into the world. I’ve always used the ten or twelve song album form to drive how I plan to put things out – a batch of songs every year or two. However, despite how I, personally, like to consume my music, I think it’s pretty obvious the world is shifting towards a more steady stream and consistent release of songs. It’s a tough thing to recalibrate my brain towards but there’s something to be said for just putting out music on a regular basis and seeing what sinks and what floats. I’m just happy to have an outlet and a really great team at BMG supporting my weird dark songs. 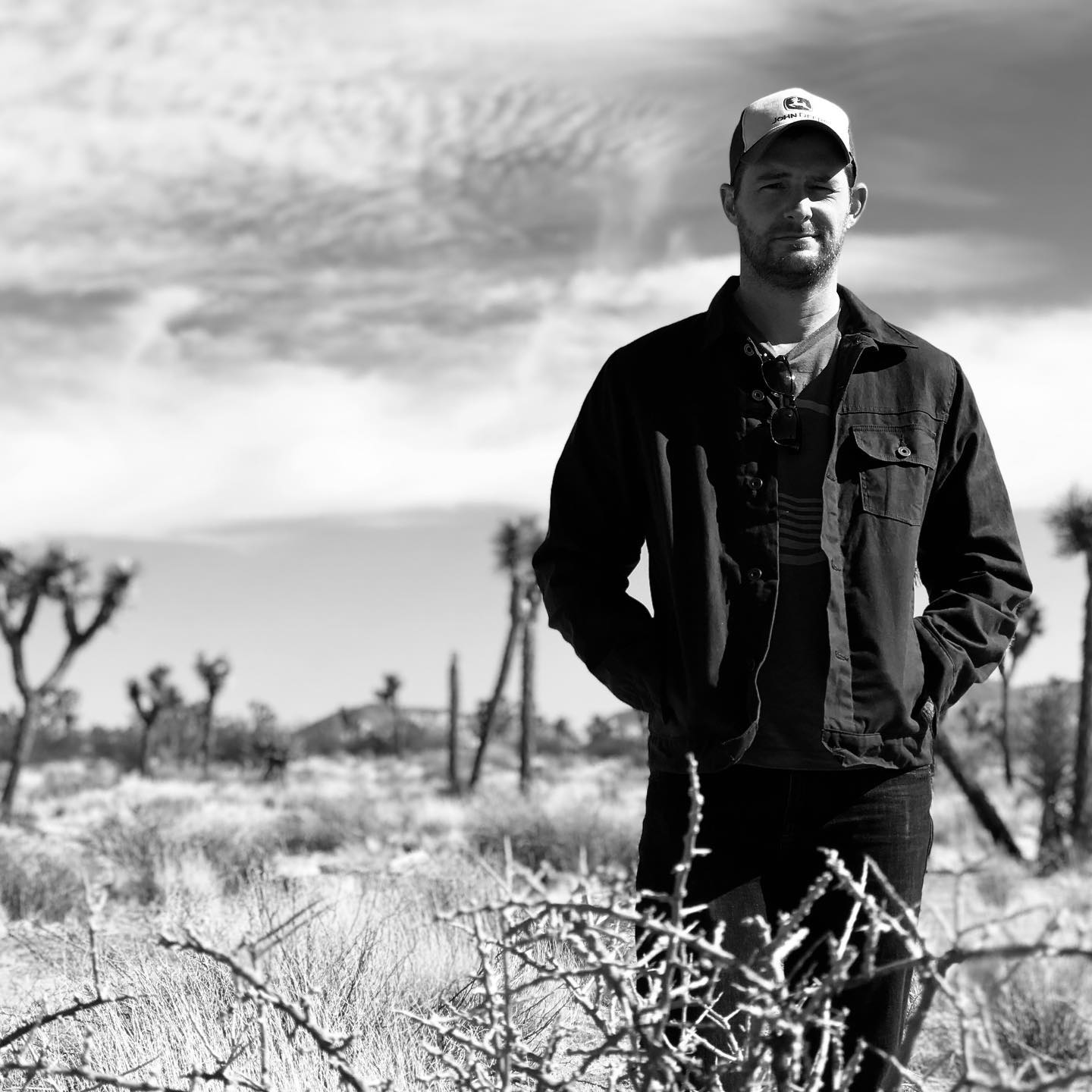 4) You recently said, “I want my songs to connect with people and share a message of truth, hope, and comfort for those feeling alone or broken.” Where does that desire for your songs come from?

Writing and listening to music has been the only form of therapy that I could afford and it’s been essential to my well-being for the last fifteen or twenty years. It’s nice to know that somebody else has gone through something as difficult as you might be facing and come out the other side… and, on top of that, turned it into something creative. I’ve had some real big ‘ups’ and some pretty brutal ‘downs,’ just like everyone else, and songwriting is the one thing I’ve found lets me express those feelings in a way that makes sense to me. It’s brought me a great deal of comfort over the years and I just hope that telling some of those stories helps other folks feel just a little bit less alone when they’re faced with similar things.

5) Today, DittyTV is sharing the video World Premiere of “High Time to Hang Fire,” described as a belated goodbye letter to a close friend. The performance was shot during an opening gig for Mike and the Moonpies at the Raccoon Motel in Davenport, IA. Could you tell us what this song means to you and what goes through your mind when performing it live?

I lost a dear friend and creative partner a few years back. He had been very sick for quite some time and when he passed, I spent a lot of time thinking about what he must have felt those last few days, weeks and months. I thought about how I’m pretty sure I wouldn’t have been as strong as he was. “High Time to Hang Fire” was my way of letting him know that it’s ok to rest easy. He fought his fight and he fought harder than anyone should ever be expected to.

Honestly, it’s one of the tougher ones for me to play live. I can get deep in my head on that one and the next thing I know, I’ve forgotten the words or missed a cue. He’s always right in the front of my brain when I sing it. However, I try to remember the kind of guy he was and what he’d say if I started to break a little. We both shared a dream of making and performing music for a living and I think he’d kick me right in the ass if he saw me not taking full advantage of the opportunity to do just that. 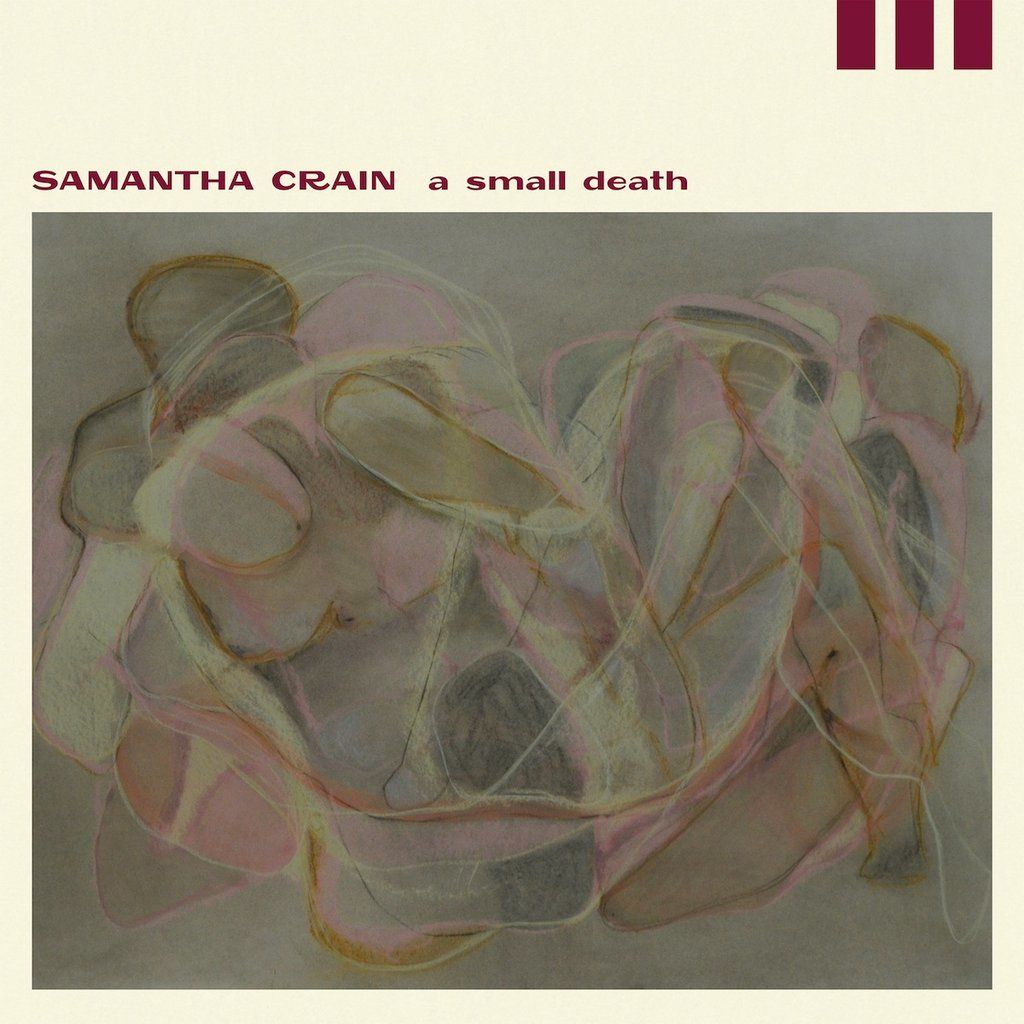 Bonus: Name a song you recently listened to that stopped you in your tracks, and please explain why.

I can’t pick one song from the record but a good friend passed Samantha Crain’s A Small Death to me early this year and I haven’t been able to shake it. Stunning and haunting. Her writing is brutally good and the production is ridiculous. I’m absolutely in love with it.