The five members of the band Pond Diver all grew up in Florence, Ala., aware of the rich musical history of the area, where just across the Tennessee River amazing songs were recorded by the likes of Aretha Franklin, The Rolling Stones, Percy Sledge, Etta James, Bob Dylan, Bob Seger, Paul Simon, Wilson Pickett and so many more. Of course, those songs were recorded decades before these guys were born.

“Our work is informed by the history and tradition of the music from this area,” says drummer Hudson James, “but you have to forge a path for yourself.” He offered up the Drive-By Truckers as an example. Core members Mike Cooley and Patterson Hood were from the Shoals, with Hood being the son of legendary Swamper bassist David Hood, but that band created its own sound, James says.

Since the days of Cooley and Hood playing local bars in the Shoals (also before the guys from Pond Diver were born), the area has had a surge of local musical talent gaining national attention, including Jason Isbell & the 400 Unit, John Paul White, The Secret Sisters, Dylan LeBlanc, Caleb Elliott, and others. From just down the road in Athens, Ala., came the Alabama Shakes, which Pond Diver members cite as a major influence.

With the recent release of its EP Flashbacks in January, Pond Diver has created “the Pond Diver sound.” The songs vary with nods to pop, rock, and Americana in what band members call “indie Southern alternative.” Vocalist and songwriter Daniel Lewey is the band’s somewhat reluctant frontman. Lewey is the son of Marie Lewey, who is widely known with colleague Cindy Walker as the Shoals Sisters—legendary backing vocalists who can be found on countless albums.

Lewey says he’s still learning the part and trying to gain the confidence of a frontman. “At first, I was just so in my head,” he says. “I was much more comfortable in the studio. On stage, I would always think about what could go wrong and was trying not to make a mistake, but I get more comfortable with every live show.”

The band hasn’t had a ton of shows, and even fewer with its current lineup. Vocalist Lewey, drummer James, guitarist Collin James, and bassist David Marsh have been in the band since the beginning, with guitarist Luke Wright joining as the band’s newest member. The birth of this EP started prior to Wright at a studio in Greenhill, Ala. (hometown of Isbell and The Secret Sisters). Under the guidance of Jay Burgess, lead singer of fellow Shoals band The Pollies, the group went in and “just tried to pump out as many songs as possible.” 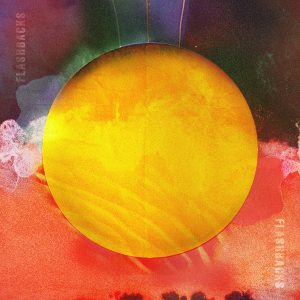 In under a week, the guys had tracked 10 songs that were, according to Lewey, “about post-college life, emotions, and life lessons.” But after sitting on those songs for a bit, band members thought they could do better. They took the tracks to Sun Drop Studio, the off-shoot of Florence’s Single Lock Records, and worked with producer Austin Matlow to finish the project, which was then mastered by Chris Bethea of Muscle Shoals Mastering.

“We’re proud of this EP,” Marsh says, “and that it was a collaborative Shoals-area project.” Lewey’s mom even appears as a background vocalist. The song “Loosen Up” kicks off the EP and is followed by four more tracks for a rock-solid debut. The band explains that each song has its own identity but yet they wanted a cohesive sound for the project, a goal that is achieved in large part to Lewey’s signature vocals and consistent instrumentation. The EP serves as a wonderful peek into the potential of yet another Shoals band.

And technically, this EP is Part 1, with Part 2 planned for a later release. The next step is to increase touring to promote the new music, which is a bit tough with Marsh still being in college, but the band hopes to gig regularly Thursday-Sunday whenever possible. (The band has a hometown Valentine’s Day show at Singin’ River Brewing in Florence on Feb. 14 at 7 p.m.)

So look for Pond Diver at shows in the Southeast, and catch a listen to Flashbacks when you can to get a feel for the new Shoals sound.