Neither One of Us is Wrong is the title of the latest studio album from acclaimed musician, public speaker, and teacher Phoebe Hunt. Hunt has been busy with Plant Seeds of Music for the last several months, the online school she launched in conjunction with the Nashville School of Traditional Country Music, but she took time from her busy schedule to chat with us and to record an exclusive performance with members of Pitch Meeting (Nashville), which you can watch now at the bottom of this article.

1) You just released your latest studio album, Neither One of Us is Wrong. After delaying the original 2020 release date, what do the songs on this record mean to you now, and what did delaying the release teach you about yourself?

Listening to these songs today, streaming on the internet feels like a completely different experience than listening to the mixes along the way. This journey has been a wild and emotional ride for me. When we recorded these songs, 3 years ago, I was in the middle of a tour of about 200 dates and the band was together all the time, practicing, playing, writing, performing, etc… We were a team and there was a voice inside me that told me to record the new album even though we would have to slip the recording sessions within an already full schedule. It said, “strike while the iron is hot.”

Looking back, I am deeply grateful for that voice, and that we recorded when we did because now everything has changed. We (the band) all live in different states, and though we are all still close friends, the logistics involved in coming together for a tour in the way we used to feel daunting to say the least.

Though touring was my entire modus operandi for almost 15 years, I now see myself reaching for different goals, and recognizing the power in being in one place for an extended period of time. There is a potency of focus that is possible to attain from one stationary place that just isn’t really possible when your entire life is spent focussing on the details of the next tour.

For a long time, I felt like rather than being an artist I was really a travel agent, sorting through logistics, and the 90 minute set at the end of the day was my reprieve… it was the one time when I was able to turn it all off and just be an artist…

Now, though I am still discovering what my true new normal will really feel like, I can sense the scale is balancing. I spend my time writing new songs, creating curriculums, learning the art of entrepreneurial endeavors (through my online school plantseedsofmusic.com), practicing yoga, going on bike rides in the Appalachia, giving back through my non profit work (writing songs with war veterans), and spending time with family.

For 15 years, my tours were my highest priority… I missed really important moments including my grandparents’ funerals and friends’ weddings. Everyone always understood because they knew my tours were important to me… but now I see things differently.

I can be an artist and have a balanced life.

2) Who was involved in the production of this record, and where did you track the songs?

There were so many people involved in the production of this record. Though we have yet to formally work with a “producer,” every musical collaborator on this album has incredibly poignant production instincts. I trust my band mates deeply, and at the end of the day, we are all here to serve the music.

When we are working together, we “bow” to the music, try out all of the ideas that are presented, get our egos out of the way and make choices based on what feels right.

No one takes the musical choices personally and it is incredibly refreshing to be in a creative space so open to exploration. It took me my entire career to find a group like this and we all recognize it as rare and precious… I really think that can be felt in the music we produce together.

We chose to record with Jake Lummus at Grand Street Studios in Brooklyn because many of the band mates had great experiences there and they had a great sounding space and availability for the dates we needed. Simple as that. Jake was wonderful to work with… throughout the session, he even brought his own lunch and didn’t take an official lunch break to accommodate me…

You see, I saw the recording experience as a creative catharsis for myself, a chance to record all the songs I had in my back catalogue that had never been formally recorded… and simultaneously I decided to do a physical cleanse at the same time. I was on a “master cleanse” drinking lemonade with maple syrup and cayenne. When I am on a master cleanse I experience a really heightened focus and can work for hours without a break. Jake accommodated that and sat at the board for sometimes 12 straight hours at a time with no breaks!

Then, for mixing, I went to my favorite mixing Engineer, Shani Ghandi. Shani is just on another level when it comes to mixing. She brings the songs to life in ways that are hard for me to put words to. She makes the songs atmospheric and knows how to make the sounds dimensional. It’s as if she is in my psyche and can bring the sounds I hear in my head to life so that I am “swimming in them” when I listen back to her mixes.

I hope to work with her as often as possible… truly special.

3) Reconciliation is threaded throughout the ten tracks. Could you tell us why that idea was important for you to express, and perhaps share a personal example of when reconciliation affected your life?

It was while writing the title track, “Neither One Of Us Is Wrong,” with my most influential songwriting mentor, Lari White Cannon, that I first recognized the thread of reconciliation within these songs.

We were having a very deep heart to heart moment where we were sharing about various relationships in each of our lives, realizing that there would always be people with whom we would not agree. We spoke of the human instinct to put up a wall in these instances…

How it is human tendency to “turn the other person off” or “tune them out,” whispering to ourselves that they are just wrong and we don’t need to listen…

But what does that serve? How can that allow either of us to grow?

It is not always comfortable, but what if we open up, even just ever so subtly, to the possibility that Neither One Of Us Is Wrong?

How would that change our interaction? Could that allow us the opportunity to grow our empathy for their perspective? Even if it isn’t our own?

On a deeply tragic side note, in September of 2017, just after our songwriting session, Lari was diagnosed with terminal peritoneal cancer and passed away just a few months later. I have been grieving her loss and doing my best to step into being a mentor for other aspiring songwriters in the ways that Lari was there for me. This album is dedicated in her memory. 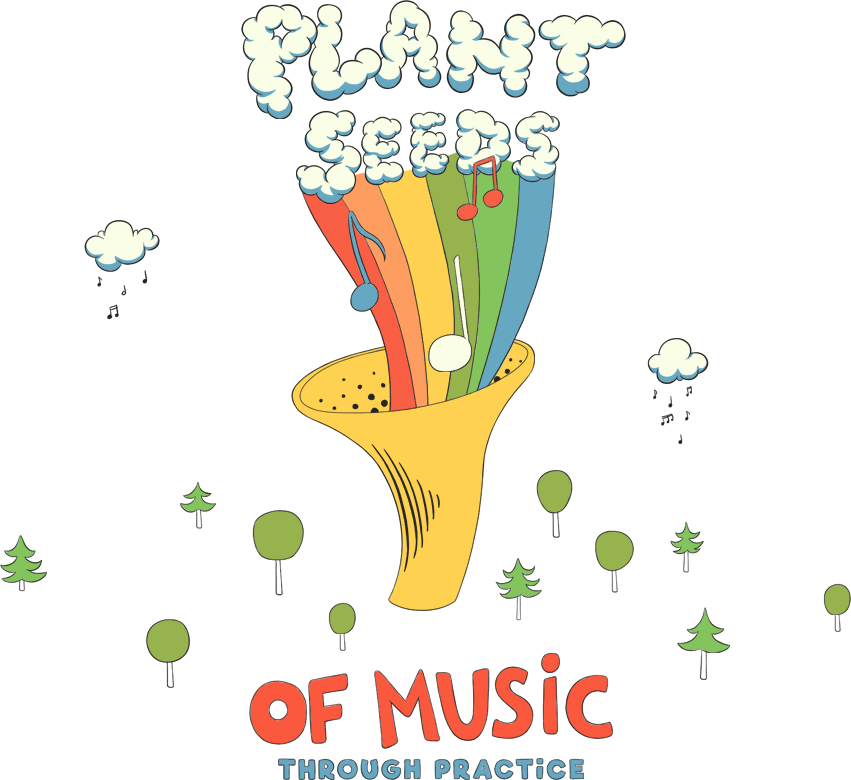 4) For the last several months, you’ve been busy with Plant Seeds of Music, the online school you launched in conjunction with the Nashville School of Traditional Country Music. Could you share about that program, including who is involved and what it offers students?

Plant Seeds Of Music has played a major role in my pandemic experience. When I decided to “push off” this album release last spring, there were so many factors at play. The entire world was shaking itself upside down, and I started tuning into our greater community.

I started feeling for the musicians who were off the road and for the music fans and dabblers who were going to miss the festival picks and campground exchanges during the shut downs.

That feeling spawned what turned into hundreds if not thousands of admin hours I spent organizing and collaborating to create a bridge for these two communities.

Since Summer of 2020, we have held over 24 courses, given solid gigs to over 30 artists and served over 200 students to point their minds to practice during this confusing time. When we have nothing else, we have our music practice, which I know through personal experience, is a vehicle to inner growth.

This fall, I felt another shift as the world began to reopen. I noticed that our attendance fell, and our world renowned instructors began getting back on the road, and felt like we have served our purpose for the initial vision of the business.

Simultaneously, we have once again pivoted to accommodate a current need…

Plant Seeds Of Music is now poised to serve parents of young children who are interested in planting the seed of music within their homes but don’t know where to start.

You see, many of my friends started asking me to teach their children to play the ukulele throughout the pandemic… I started doing just that via Zoom. Then I saw The Social Dilemma and realized I didn’t want to build a business that would give any more screen time to children than they already had.

So…. I created an online course that encourages bonding experiences in the home and teaches parents how to teach their own children how to play Ukulele. (ukulelesprouts.com)

I have created a free training for parents interested in learning the importance of musical education which can be accessed at plantseedsofmusic.com.

From there, parents can get the foundational first steps and decide if they want to continue working with me through the Ukulele Sprouts Parent Teacher Training.

5) When did music begin to play a prominent role in your life and who were some of your mentors?

Music began for me at age 6 when I started playing violin at the Austin Montessori School.

But it has always been a part of my home life because my father was always practicing guitar at home. He showed me the value of practice and of dedicated study. He has been a huge influence in my musical development which is why I feel like Plant Seeds Of Music can be so transformational. The bond that my father and I share through music is continually evolving and still gives us connection points to this day.

Bonus: Could you comment on the performance you’re sharing today and tell us a bit about the songs you chose?

Yea! This performance is by a trio that has “womanifested” here in Nashville. Makenna Hartlin and Tabitha Meeks are both exceptional songwriters, musicians and singers in their own right and have been so generous to learn the songs on my new album with me and to help me represent this sound in a live setting through this release. I am grateful for their friendships and their willingness to share their talents in this way.

They are members of a group called Pitch Meeting here in Nashville, a crew that comes together to uplift and support songwriters through a weekly open mic night at Sonny’s where they become the backing band on songwriters’ original music.

Their team came together to shoot the video for this DittyTV appearance, running sound, recording us and offering their studio space for the session!