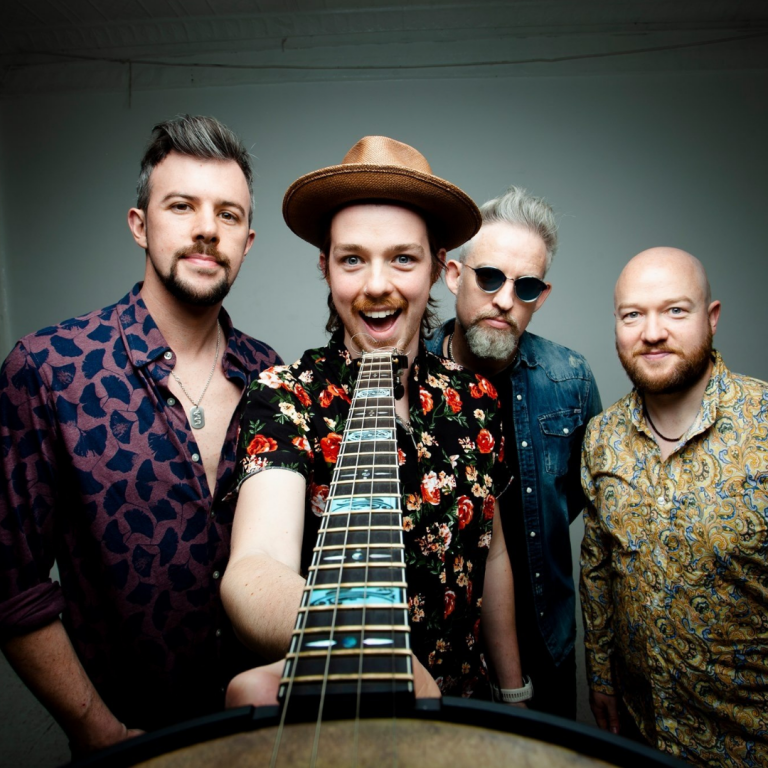 Recent News 5 Questions with We Banjo 3 on New Album

“I remember the first time someone asked me to ‘take one’ at a jam, ‘one of what?’ I panicked,” recalls David Howley of his introduction to American roots music as someone raised on traditional, non-improvisational Irish stylings. As one-fourth of acclaimed Irish act We Banjo 3, Howley is checking in with DittyTV to talk about the group’s latest musical offering, Open the Road, a gorgeous new studio album set to release this Friday followed by a month-long string of live dates around the U.S.A. “We love seeing people at shows 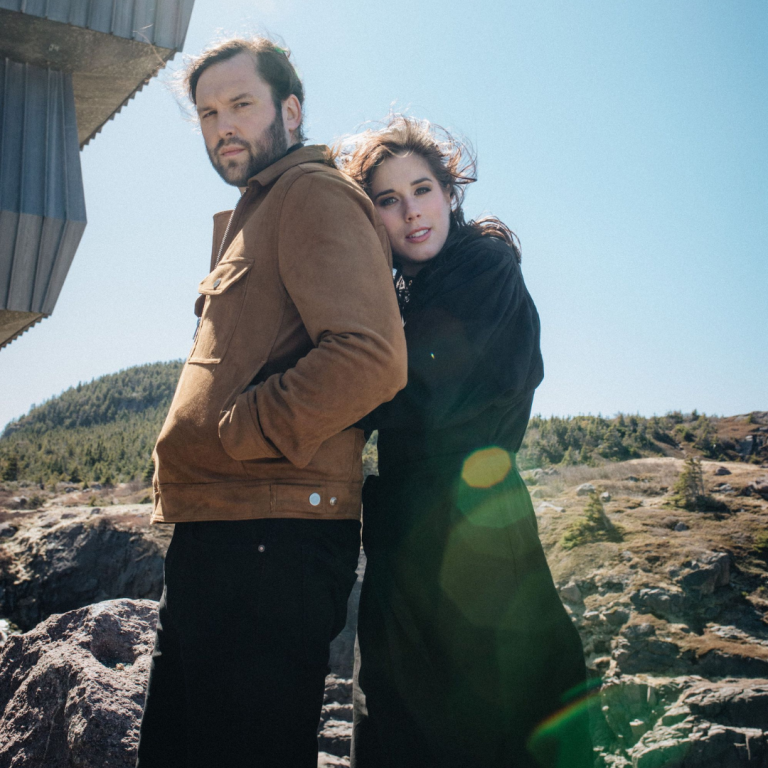 “On That Was You and Me,” says Fortunate Ones founding member Andrew James O’Brien, “we wanted to get back to what makes our work special – two of us, singing together unadorned and unencumbered.” To pair with the premiere of a new video to support the album’s title track, we caught up with the Canadian act to learn about the new record and what vibe the duo sought to create. “We wrote unflinchingly personal songs and with producer Joshua Van Tassel, made the conscious decision to give the songs space, 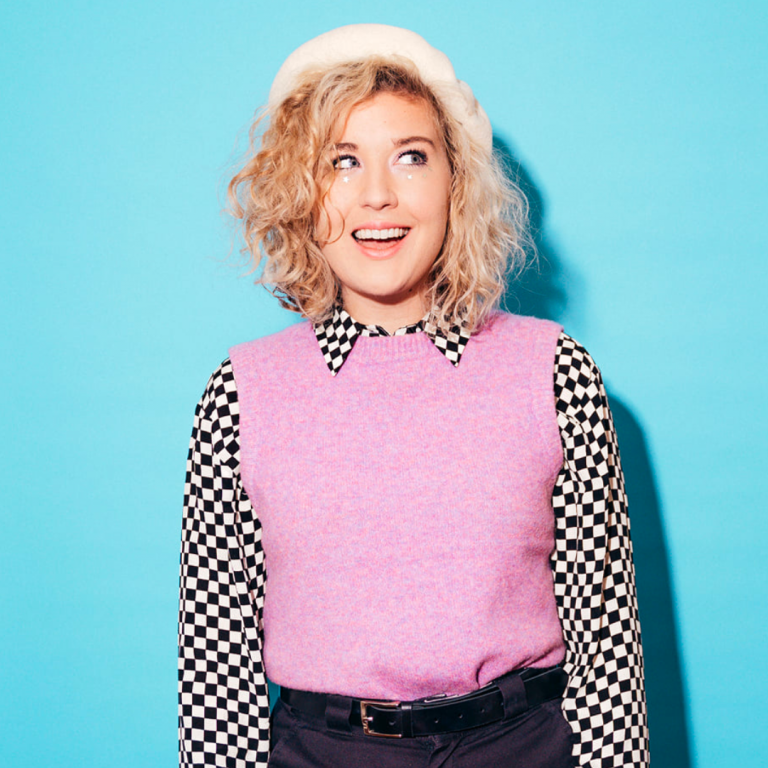 Joining us for 5 Questions this week is Judy Blank, an easy-to-love, heart-on-her-sleeve songwriter from Utrecht in the Netherlands. Blank’s newly-released EP Saddies continues to create a buzz with the premiere of a colorful new music video for “The Magic,” a standout track from the EP produced by Roy van Rosendaal. The video was directed by Edgar Berry and features a host of Mexican punk rockers that Judy met while traveling. “I know they look pretty tough, but they were literally the sweetest guys ever,” says Blank. “This experience was 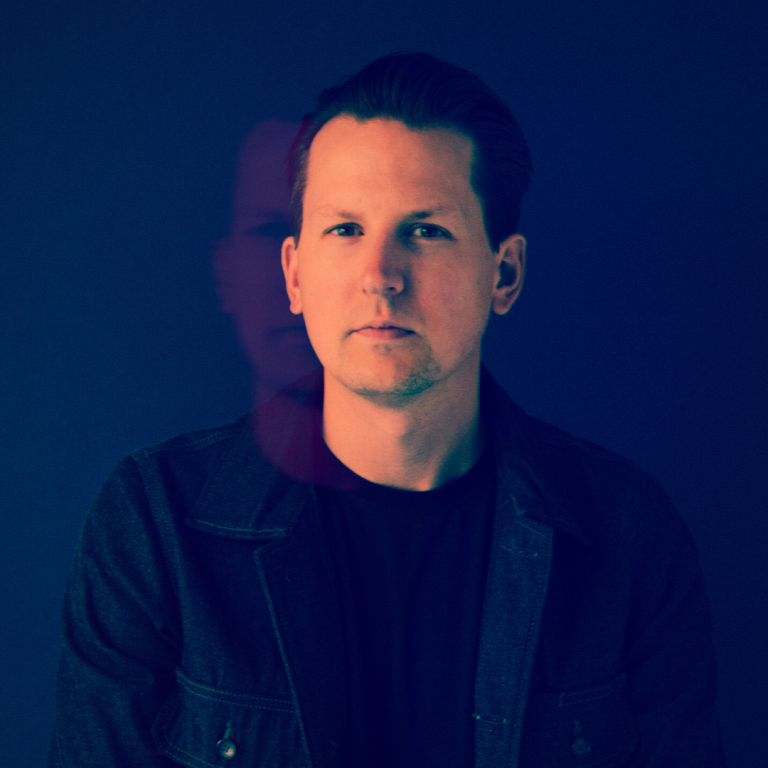 Creemore-based singer-songwriter Ken Yates is on the line with insight into the making of this latest studio album, Cerulean, which DittyTV recommends you hear as soon as possible. Marking his fourth studio album, Cerulean sees Yates working again with producer Jim Bryson, though in a more distant manner than on Huntsville (2016), which Bryson also produced. “Jim and I worked on most of this record while we were on lockdown in Ontario,” says Yates. “We found a few days in between lockdowns to record at his home studio in Stittsville, 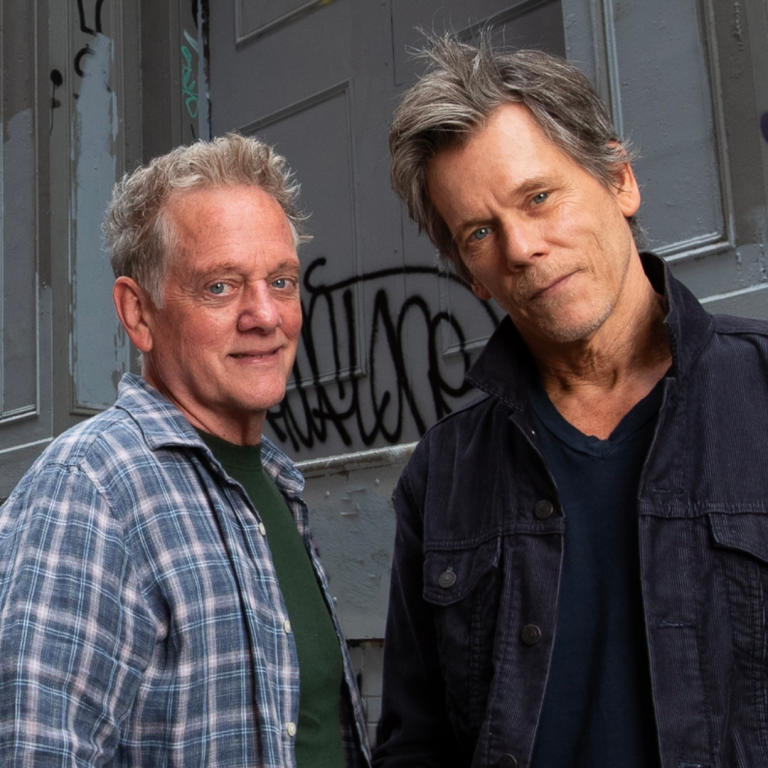 Along with the broadcast premiere of their in-depth Insights interview on Wednesday, July 6th at 10/9c, The Bacon Brothers have partnered with DittyTV this week to premiere the title track of their upcoming EP, Erato, which hits the streets this Friday via the brothers’ own FOROSOCO label and Soundly Music. They’ve also touched base for a quick Q&A on the making of the EP and what soundtracks have impressed them lately. For Kevin, it’s his wife, Kyra Sedgwick’s upcoming film Space Oddity, which he acts in and says features a 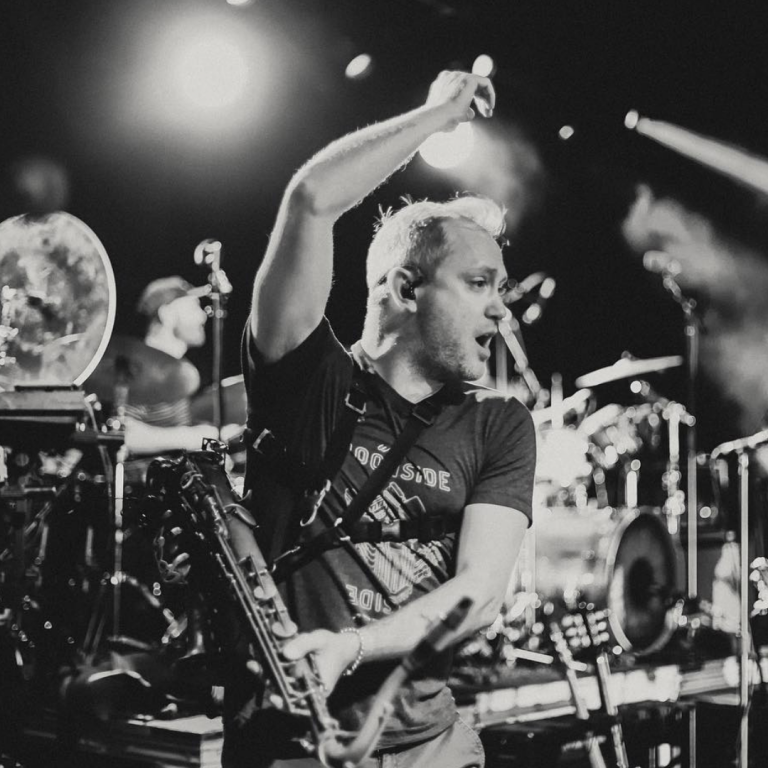 Rob Ingraham, sax player for acclaimed New Orleans-based band The Revivalists, has touched base with DittyTV to chat about the group’s latest offering, Made In Muscle Shoals Vol. 2, a live studio EP released on June 17th via Concord Records as the follow up to the initial 2020 Made In Muscle Shoals release that included the band’s breakout platinum crossover smash “Wish I Knew You,” #1 Triple A and Top 5 Alternative hit “All My Friends,” a cover of the Bee Gees’ “To Love Somebody,” and a mini-documentary directed by 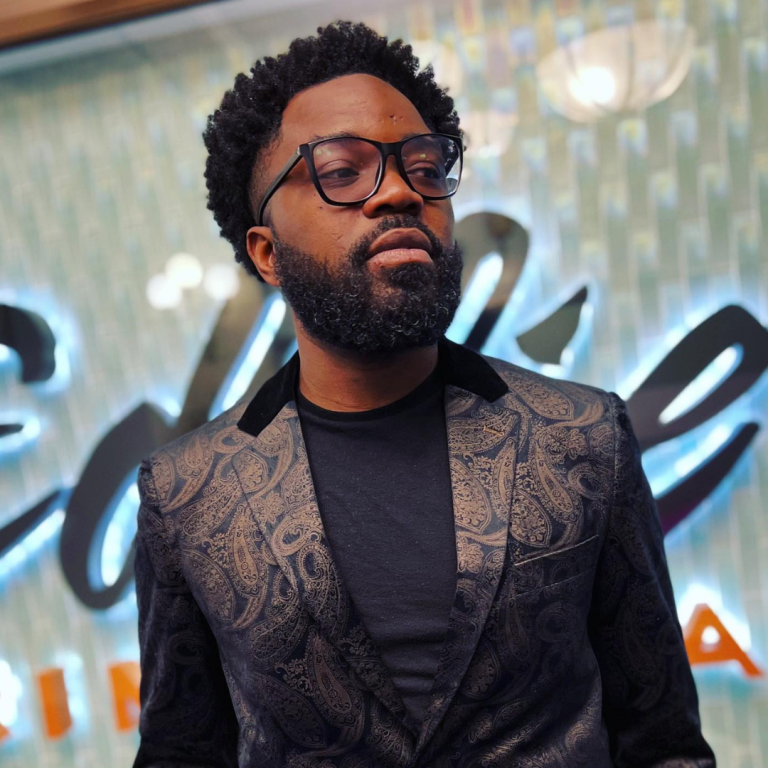 Pittsburgh-based gospel/alt-R&B artist Kenny Stockard has teamed up with DittyTV to deliver a brand-new music video for his single, “Getting Out of Here.” Coming from his recently released EP, Chasing Chance, this tune was written during a time in Stockard’s life when a dead-end job was driving him to drink more than he desired. He eventually changed his way of living and channeled that frustration into this inspirational song, and now has a music video to support it. “I wanted to make sure that the video was as authentic as 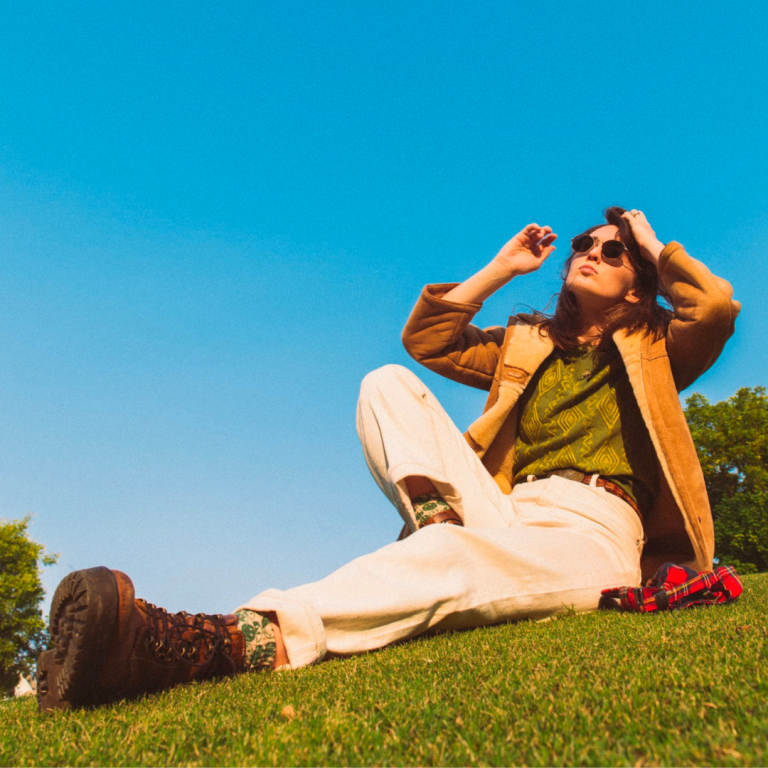 Laney Jones joins us for 5 Questions to share about the making of her latest LP, Stories Up High, which the Nashville-based artist recorded with producer Andrija Tokic (Alabama Shakes, Hurray for the Riff Raff) at The Bomb Shelter. Plus, we delve into her formative years, which were inspired in equal part by high school theater and the generation-defining soundtracks for the hit TV show The O.C. “Whoever was the music supervisor for that changed my life,” says Jones. 5 Questions with Laney Jones by Sam Shansky 1) What’s your background? 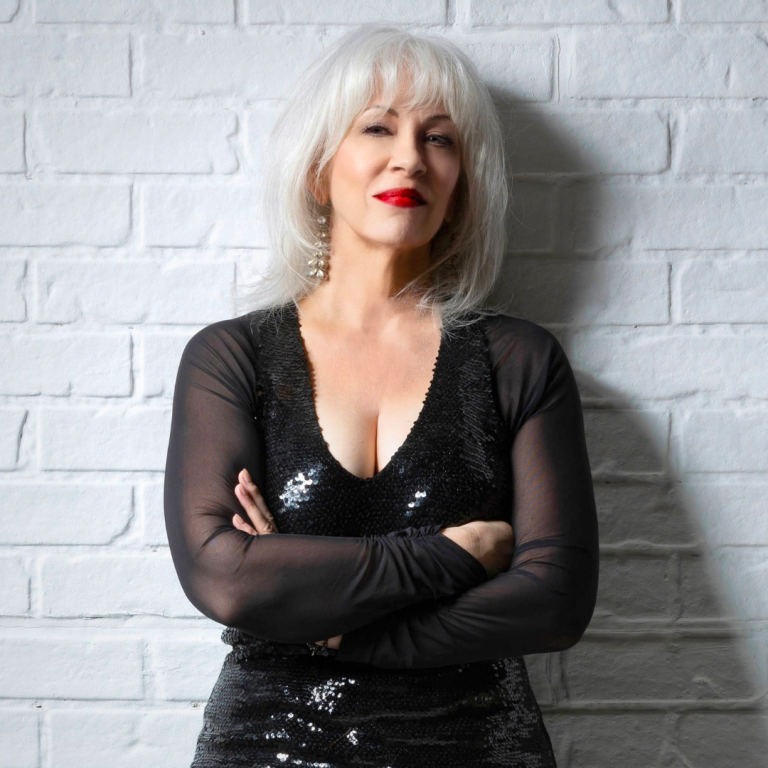 Janiva Magness shares a brand-new video today for her autobiographical new single, “Strong As Steel,” a confident and positive track from her upcoming record, Hard to Kill, out this Friday, June 24, via Fathead Records. “Persistence is omnipotent. I am far stronger than I often think I am,” declares Magness. We caught up with the award-winning artist to learn about the making of the record and the new video, which was filmed at SPACE, an intimate live music hall in Evanston, IL. 5 Questions with Janiva Magness by Sam Shansky 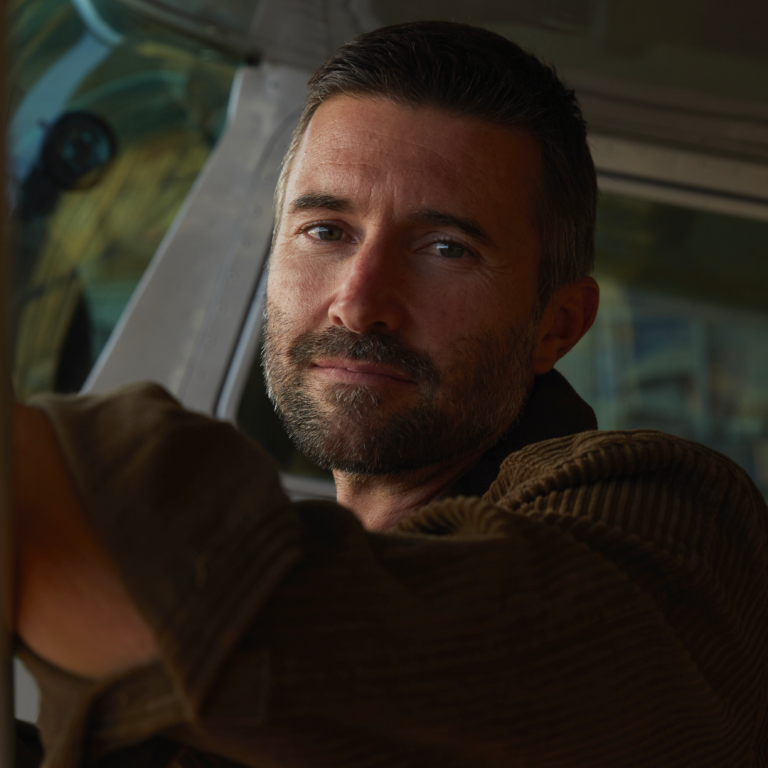 Brandon Jenner has partnered with DittyTV to premiere his new Z Berg-directed music video “Vibrations,” which features the refined skills of actress and dancer Marina Mazepa. A feel-good taste of what’s to come on his anticipated EP Oversized Soul (out on 9/22), Jenner tells us this tune was inspired by his daughter asking him what the word “Vibrations” means. “After doing my best to describe its meaning, I came up with a quick song that helped me to explain,” says Jenner. 5 Questions with Brandon Jenner by Sam Shansky 1) 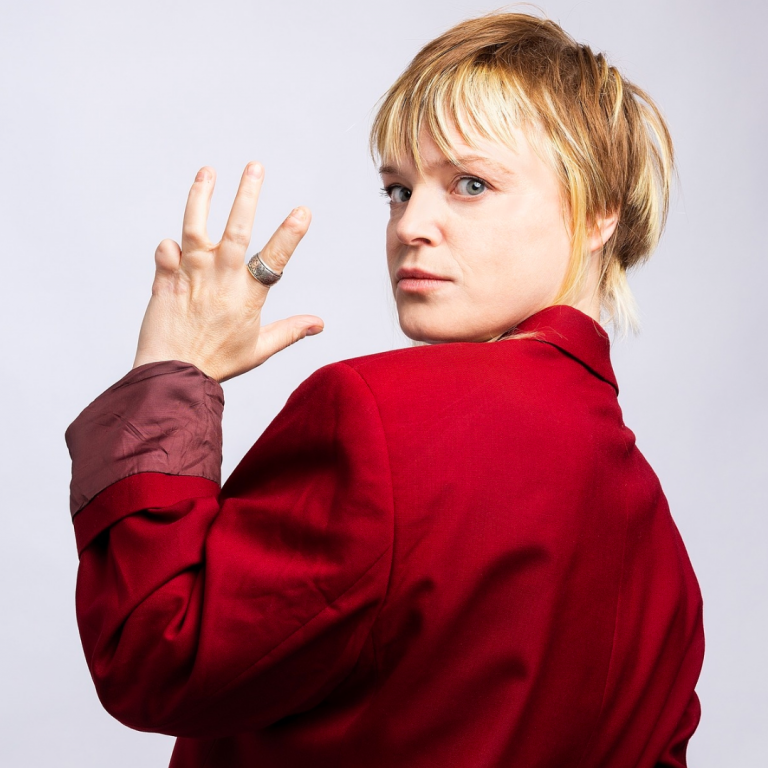 Acclaimed Irish musician Wallis Bird will wreck the most impassive listener with her 2022 album release Hands, a lyrically direct and emotionally electrifying record out now on Mount Silver Records. Bird breaks down the themes of a few tracks from the LP and their music video accompaniments in this 5 Questions feature, including the jaw-droppingly-detailed Fergal Brennan-directed and animated “I Lose Myself Completely,” which she rightly claims as a “piece of important feminist art.” 5 Questions with Wallis Bird by Sam Shansky 1) You’ve just released your seventh studio album, 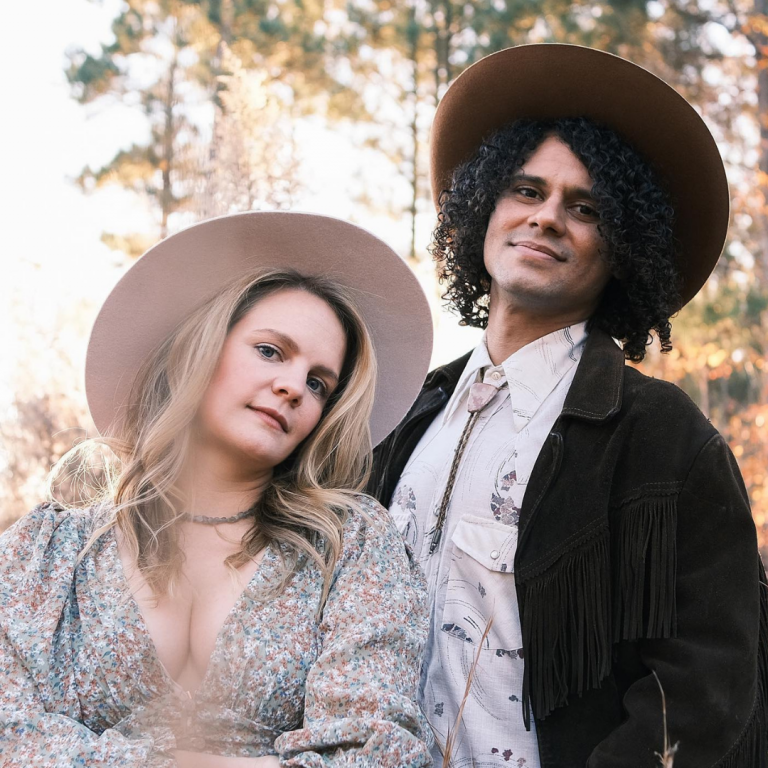 DittyTV and Chapel Hill, North Carolina’s Violet Bell bring you a brand-new music video today for “Meet Me In The Garden,” an ethereal hymn to love’s resilience from the duo’s upcoming Jason Richmond-produced LP, Shapeshifter. We caught up with Lizzy and Omar to learn about the making of the video, how they first met, what their musical upbringings were like, the concept of process vs. product, and who some artists they’re currently enjoying are. 5 Questions with Violet Bell by Sam Shansky 1) How did you first meet, when did 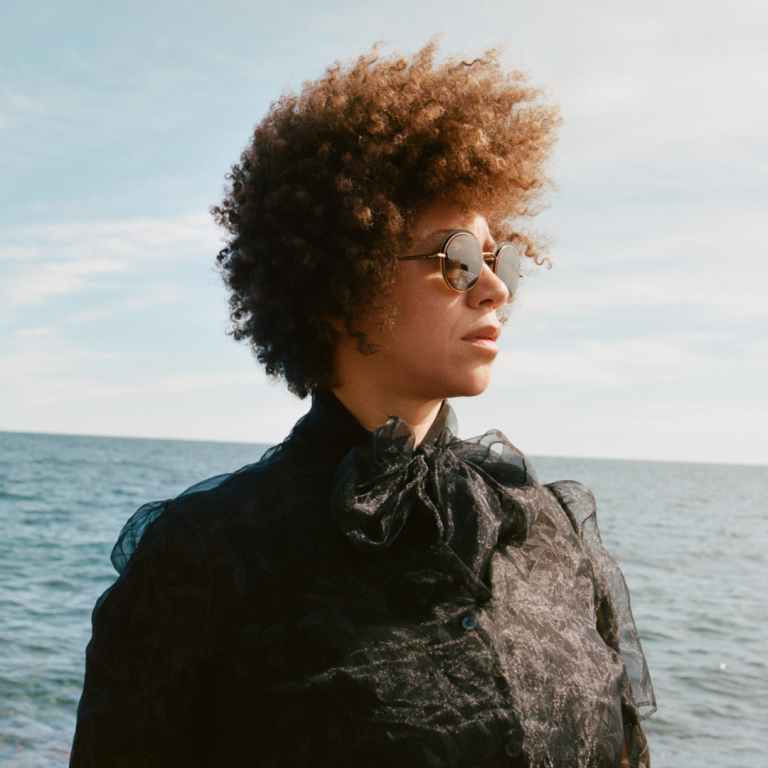 We’re honored to reveal a new acoustic and live version of “Back Seat,” the latest single from Chastity Brown’s upcoming album, Sing To The Walls, set to arrive this Friday (6/17) via Red House Records. Along with the performance video, we caught up with the Minneapolis songstress to learn about her collaborators on the record, the decision to actively embrace soul music in her songwriting, her love for Valerie June who she recently toured with, and more. 5 Questions with Chastity Brown by Sam Shansky 1) Please share as much 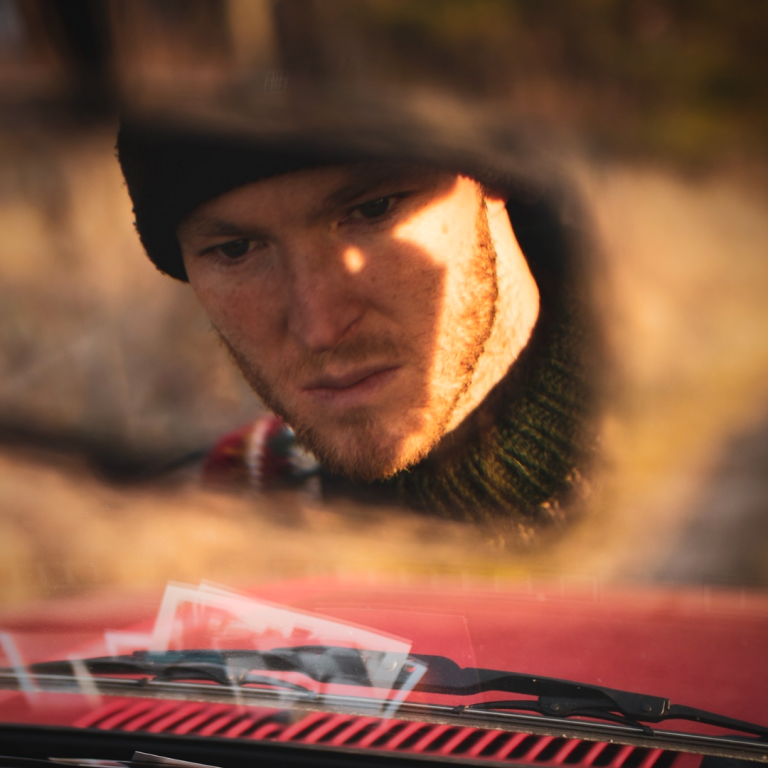 In case you missed it, Judah and the Lion co-founder Brian Macdonald aka Victor Mucho recently released his debut solo album, Moonlight in Visby, via Tone Tree Music. We caught up with the acclaimed artist and performer to get a feel for what inspired the project, which he says “represents a time of intense change in self-identity.” Macdonald wrote the songs for the album during a year-long stint in the “fairytale-like setting” of Visby on the island of Gotland in Sweden, which you can learn more about below. 5 Questions 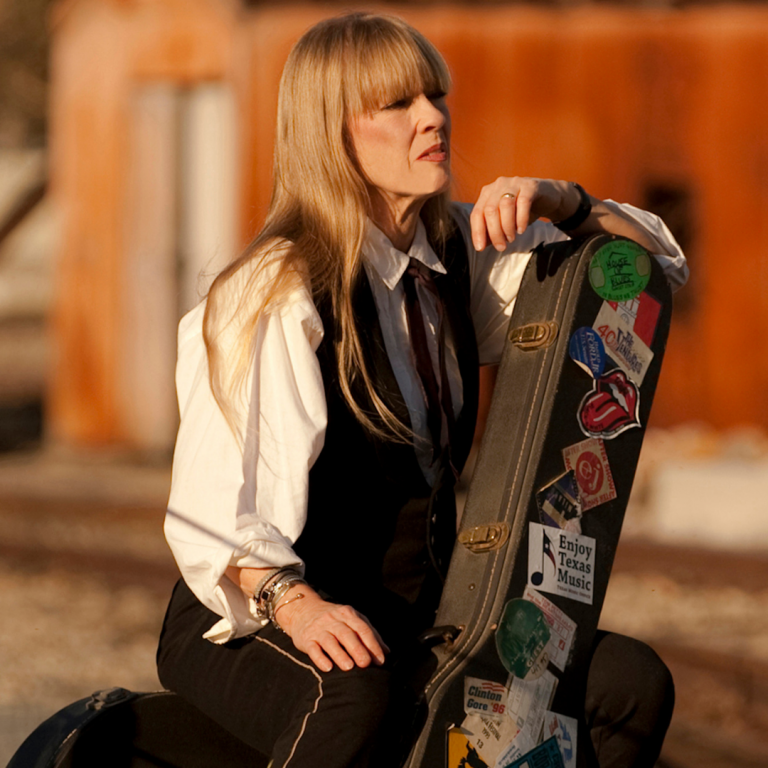 “Brian Ray was on hiatus from Paul McCartney’s band and suggested Procol Harum’s “Whiskey Train” and asked if I’d sing it with him,” says Carla Olson, who co-produced the upcoming album Americana Railroad, a collection of songs celebrating the history of trains set to arrive Friday, June 17 via BMG. Ray might not have chosen the most traditional train song (or a train song at all, beyond the title), but that didn’t stop these two from laying down one of the most potent tracks on the record. Take a look 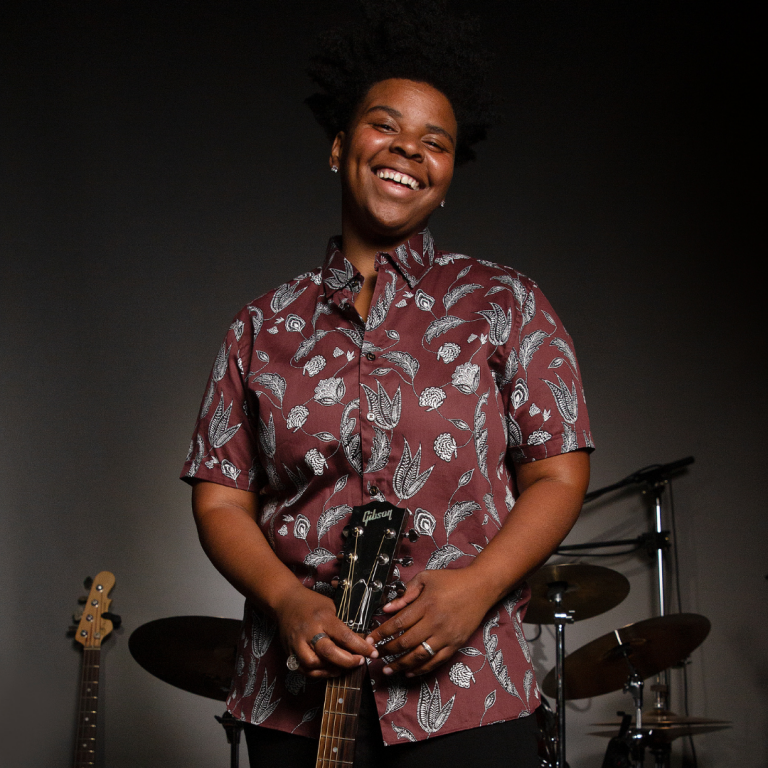 Not everyone has a name that matches their personality, but Joy Clark sure does. To pair with the world premiere of her new music video, “Good Thing,” we caught up with the New Orleans-based singer-songwriter in 5 Questions, and her excitement and appreciation for music are palpable and inspiring. Filmed at the Ellis Marsalis Center for Music in NOLA by Jared LaReau, “Good Thing” is Clark’s “middle of the relationship song… The part of the relationship that takes real work – trust – vulnerability and patience.” 5 Questions with Joy 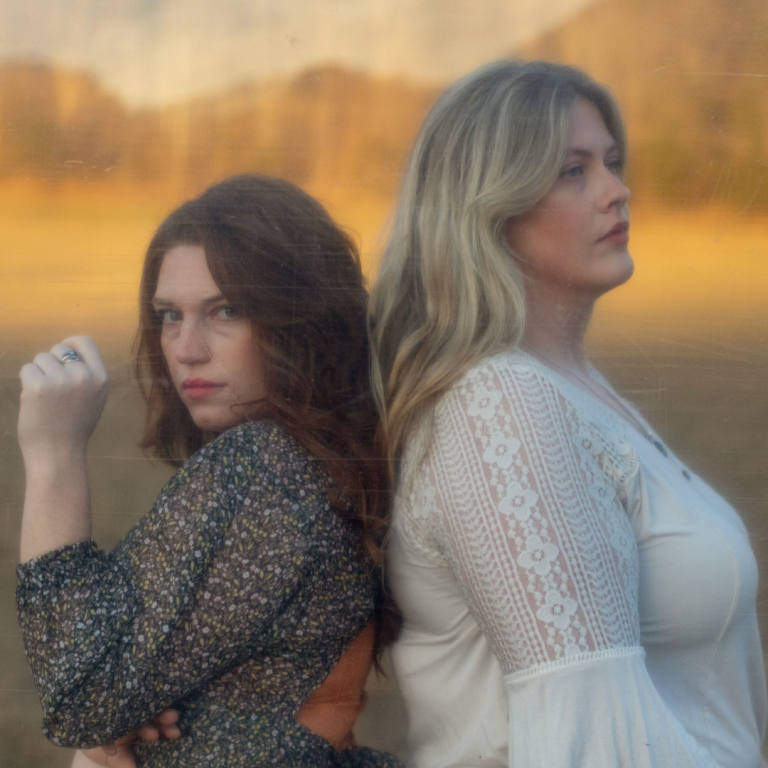 The Local Honeys have announced that their self-titled album will arrive July 15 via La Honda Records. This release marks the group’s debut with the reputable label, home to celebrated songwriters Colter Wall, Riddy Arman, and Vincent Neil Emerson. The Kentucky duo formed by Linda Jean Stokley and Montana Hobbs is premiering the Jesse Wells-produced and Anne Gauthier-engineered single, “Better Than I Deserve,” today with DittyTV. Having garnered numerous accolades and accomplishments such as touring with Tyler Childers, Colter Wall, and others, The Local Honeys deliver honest-to-God Kentucky music primarily 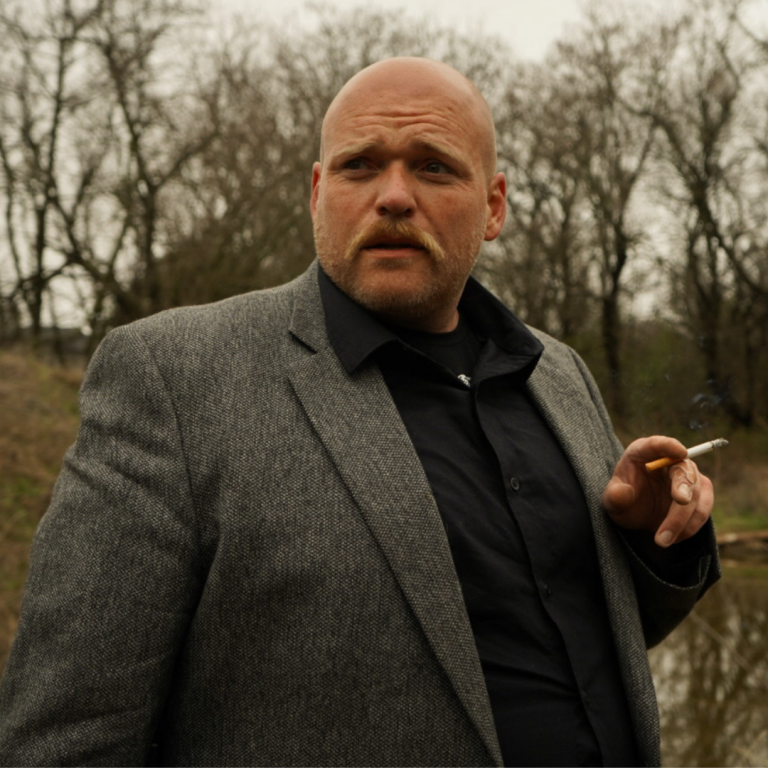 Oklahoma’s The Damn Quails are back and have announced the June 17 release of their next studio album, Clouding Up Your City, which fellow Oklahoman John Calvin Abney produced. DittyTV has the first listen of a new single from the much-anticipated record titled “Everything Is Fine,” a tense track inspired by the fact that everything is all but fine. We caught up with the band’s own Bryon White to peel back a layer or two. “It’s always been my personal belief that songwriters don’t get paid to make people feel 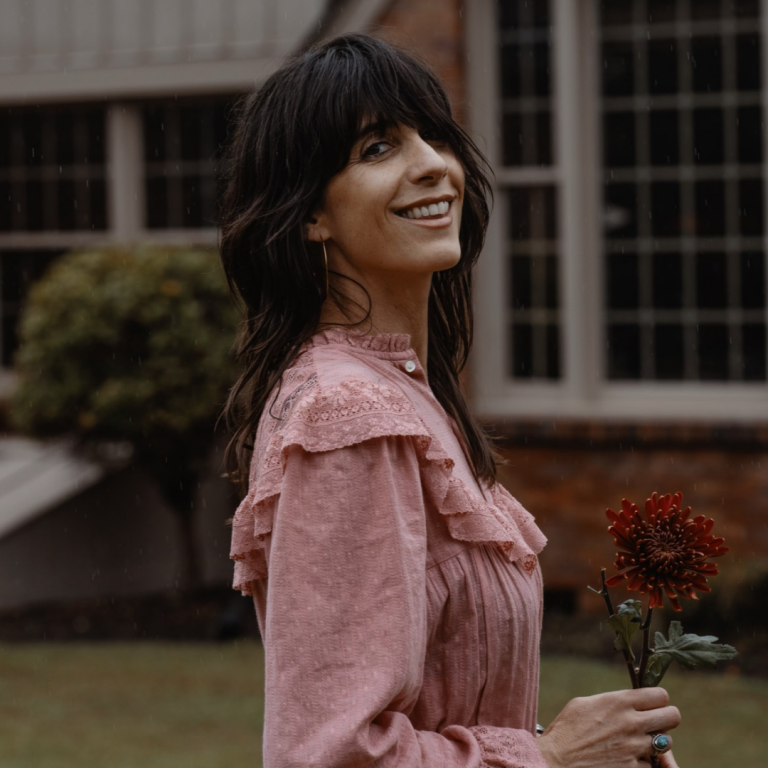 “My perspective on life and love has made a shift, for the better, I’m happy to say,” shares Nicki Bluhm, the acclaimed Nashville-based singer-songwriter behind Avondale Drive, her new studio album due out on June 3 via Compass Records. “I’d say that To Rise You Gotta Fall was definitely my divorce record… Avondale Drive feels a lot lighter in an emotional sense. I’m further along in processing loss… there’s also some humor and a whole lot of introspection.” That humor and introspection take center stage in her latest single, “Friends 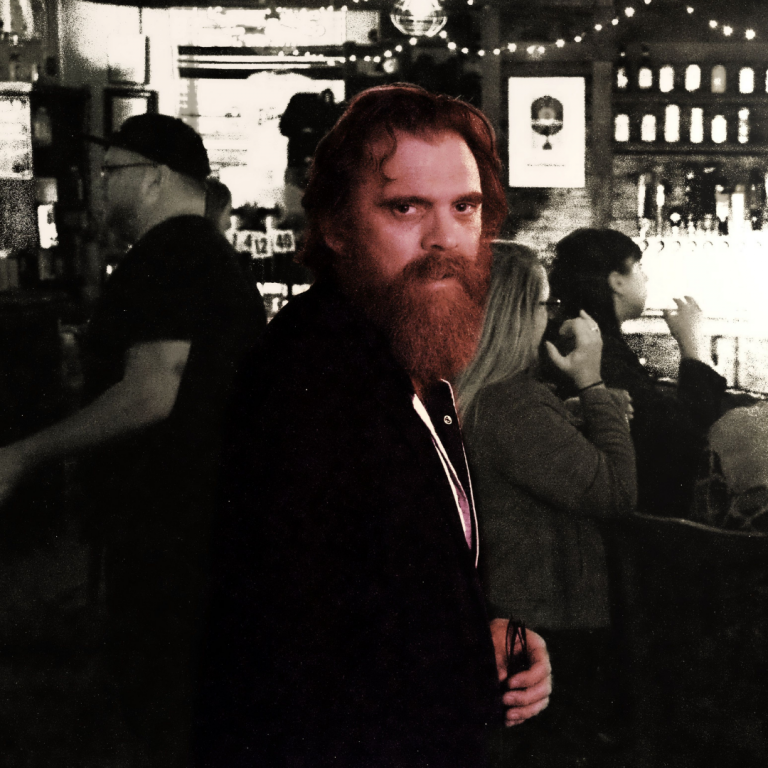 Toronto native David Newbould has partnered with DittyTV this week to premiere his latest music video, “Peeler Park,” a rippin’ and gritty selection off the forthcoming Blackbird Record Label album release, Power Up!, produced by the “eclectic mind” of Scot Sax, as Newbould puts it. Based in Nashville for the last 13 years, David is an adept songwriter with a taste for loud guitars who details the making of the album for us while uncovering elements of his Toronto roots, the concept behind his Dean Tomasek-designed album artwork, and much