The Local Honeys have announced that their self-titled album will arrive July 15 via La Honda Records. This release marks the group’s debut with the reputable label, home to celebrated songwriters Colter Wall, Riddy Arman, and Vincent Neil Emerson. The Kentucky duo formed by Linda Jean Stokley and Montana Hobbs is premiering the Jesse Wells-produced and Anne Gauthier-engineered single, “Better Than I Deserve,” today with DittyTV.

Having garnered numerous accolades and accomplishments such as touring with Tyler Childers, Colter Wall, and others, The Local Honeys deliver honest-to-God Kentucky music primarily inspired by family, home and hardships, the natural world, and a healthy obsession with the works of Larry McMurtry. That is to say, they’re admirers of great stories and storytellers and the webs they weave around us. “I think that’s a fascinating thing about stories,” says Hobbs (who penned “Better Than I Deserve” as a tribute to her Papaw, Cliff Riffle), “sometimes they take such a hold on you that you can’t hardly remember if it’s your story or not.”

5 Questions with The Local Honeys by Sam Shansky

1) Anne Gauthier engineered The Local Honeys at La La Land Sound in Louisville, Kentucky. Anne’s worked with Murder By Death, Bonnie Prince Billy, Joan Shelley, Strand of Oaks, Ray Lamontagne, and many others. How did you first connect with Gauthier, what was on your mind going into making this record, and what did you learn from her in the process? 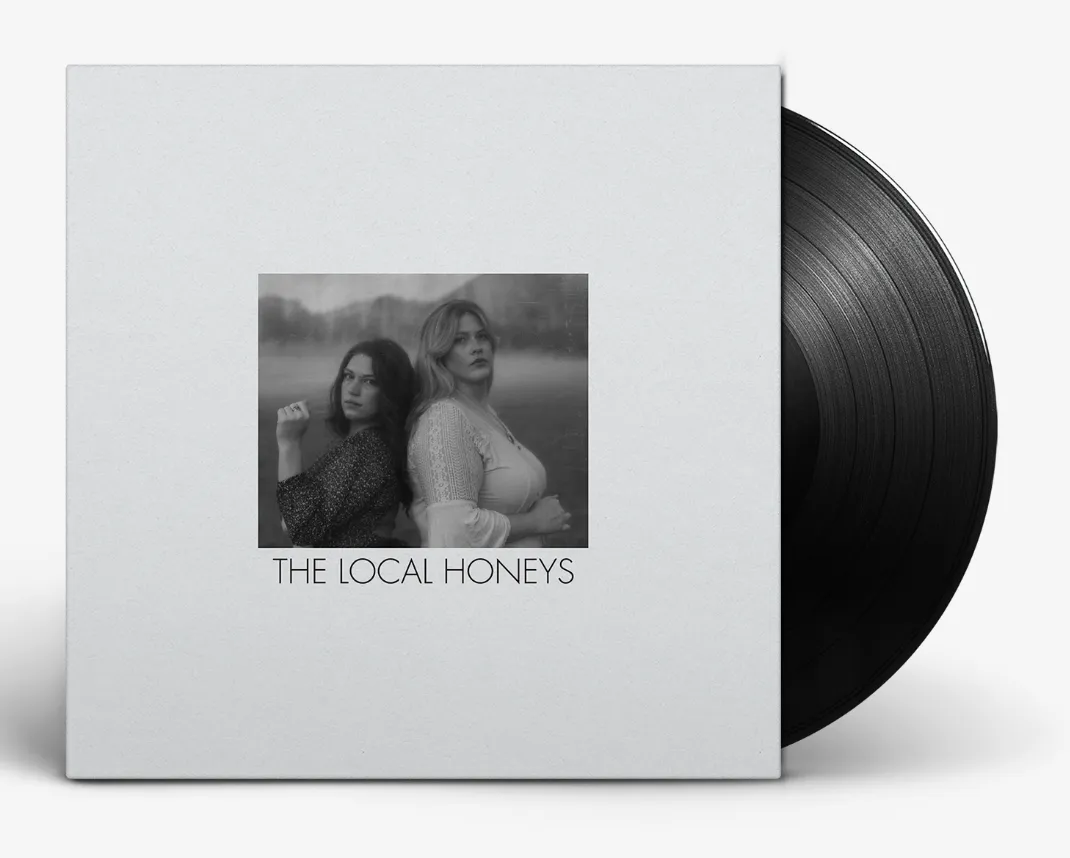 MH: Firstly, Anne Gauthier is a dream to work with. Anne works with lots of care and attention to the finer detail. She’s a problem solver too. I remember listening in on a conversation she was having with a mentor about which mics she was choosing to put on our respective vocals. She wanted to use different mics to capture the different idiosyncrasies within our voices and singing styles. Our producer, Jesse Wells was the one to recommend working with Anne. She was our first choice.

2) You worked with Wells (active member of Tyler Childers’ band, The Food Stamps) to shape the songs on the album. How would you describe Wells as a producer during the session(s) and do any memories stand out as moments of lighting in a bottle?

We wanted Jesse to produce this album for many reasons. He has remained our mentor since meeting him at Morehead State University. He works well with women, sisters, and is very familiar with working with us as a team. He knows to promote and encourage “your voice” into traditional music. And he understands our approach, direction and our journey as artists because he helped shape us as musicians and artists.

We really had a dream team in the studio. Jesse facilitated the curation of the recording band. Mashup of Honeys full band, incredible multi-instrumentalist Josh Nolan, and dynamic duo, Craig Burletic and Rod Elkins.

3) Could you talk to us about Larry McMurtry’s influence on your songwriting and explain what draws you most to his characters and storytelling? Additionally, how have his depictions of womanhood impacted your life?

MH: The book, Lonesome Dove is Linda Jean’s favorite book and the entire series has been a fun and unexpected well to draw inspiration from. Montana had been familiar with the quintessential and classic TV miniseries but we really bonded over the book after taking it on a cross country journey from eastern KY to California. We only took one badass mixed tape (CD) Montana made and read Lonesome Dove aloud to one another. We wore them both out.

The characters are dynamic and hilarious and we frequently converse with one another as Gus and Woodrow among other characters. It’s part of our banter. One quote we use quite often when the other one is clearly not ready to go is from the classic scene when Woodrow is ready to go after some horse thieves and Gus stands up naked in the creek and starts wading toward him hollering, “I God Woodrow, don’t I look ready?!” We often quote them when we autograph records for fans as well. It just humors us.

We wouldn’t say that McMurtry demonizes women necessarily but there aren’t too many female lead characters. He doesn’t seem to give them much space within the story. Most are prostitutes, a common profession at the time… The song, “Dear Woodrow,” is written from the perspective of Maggie Tilton (Newt’s mother and Woodrow’s bastard child) who wanted nothing more than to quit the upstairs work and become a respectable woman and wife to the famous Texas Ranger, Captain Woodrow F. Call.

4) Nature and your observations of it play a significant role in this record. For example, you said recently that “Toadstool” was written during the pandemic when LJ was taking daily walks on her farm to clear her mind. What’s something unusual or terrifying you’ve observed in the natural world, either on those walks or at another time, and what does the song “Toadstool” mean to you?

LJ: Sneaky snakes. We’re more interested in knowing the interpretation of “Toadstool” from our listeners.

5) We have the honor of hosting the world premiere of your newest single, “Better Than I Deserve.” What concerns were on your mind when crafting this story?

MH: I was mostly concerned with writing a fitting tribute to my Papaw, Cliff Riffle! He had a big life and I wanted to include a lot of it, but sometimes you gotta trim the fat for a two-three minute song. I find songwriting to be a duty of preservation for time and place and people. I come from a long line of excellent storytellers, my Papaw Cliff certainly being one. Some of the lines came straight from him, some I may have made up in my head after all these years of hearing it this way or that. I think that’s a fascinating thing about stories, sometimes they take such a hold on you that you can’t hardly remember if it’s your story or not.

Bonus: Are there any Kentucky-based organizations you’d encourage readers to support?

Bonus: Who are some up-and-coming artists we should check out, and why?

– Darrin Hacquard (just trust us…)
– WET LEG–they are our favorite new band period
– LANKUM– an Irish band that we find ourselves very lucky to be friends with and their sound and mission with traditional music have inspired us for years
– Kacy & Clayton– been fans for years, complex melodies and absolutely gorgeous singing out of this duo from Canada
– Brennen Leigh – nuff said