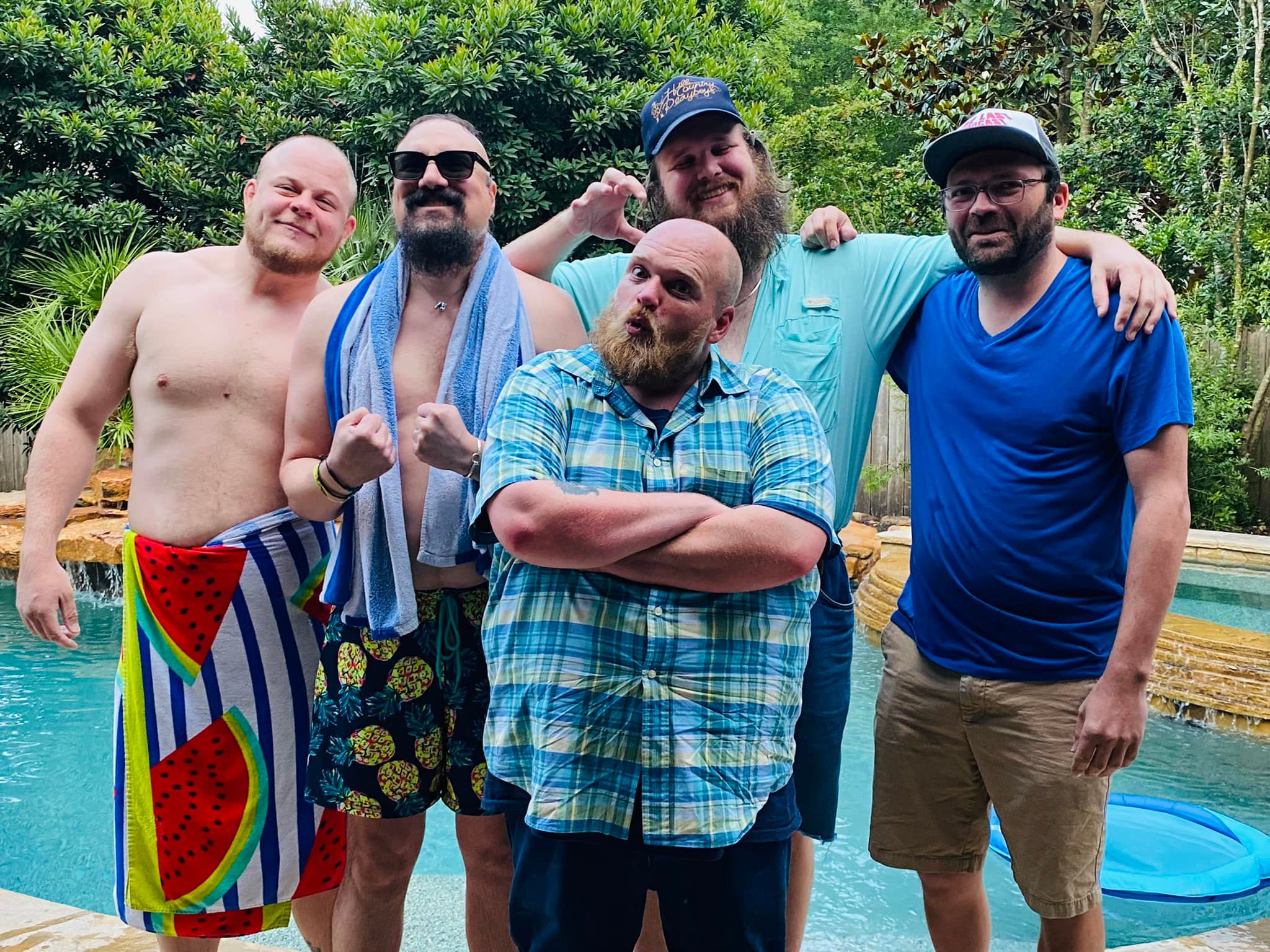 Oklahoma’s The Damn Quails are back and have announced the June 17 release of their next studio album, Clouding Up Your City, which fellow Oklahoman John Calvin Abney produced. DittyTV has the first listen of a new single from the much-anticipated record titled “Everything Is Fine,” a tense track inspired by the fact that everything is all but fine.

We caught up with the band’s own Bryon White to peel back a layer or two. “It’s always been my personal belief that songwriters don’t get paid to make people feel good, they get paid to make them feel something,” says White before adding, “I like that.” Listen to the single and learn about what’s happening right now in Oklahoma music from White himself in the following 5 Questions feature.

1) Talk to us about working on Clouding Up Your City with fellow Oklahoman John Calvin Abney as producer. What’s his mode of operation as a producer, and could you describe the process of creating the record together?

I don’t think I can accurately describe that process with words and language without sounding like a boring jackass.

I’m joking, of course. I’m not really joking, it probably would be a little boring. 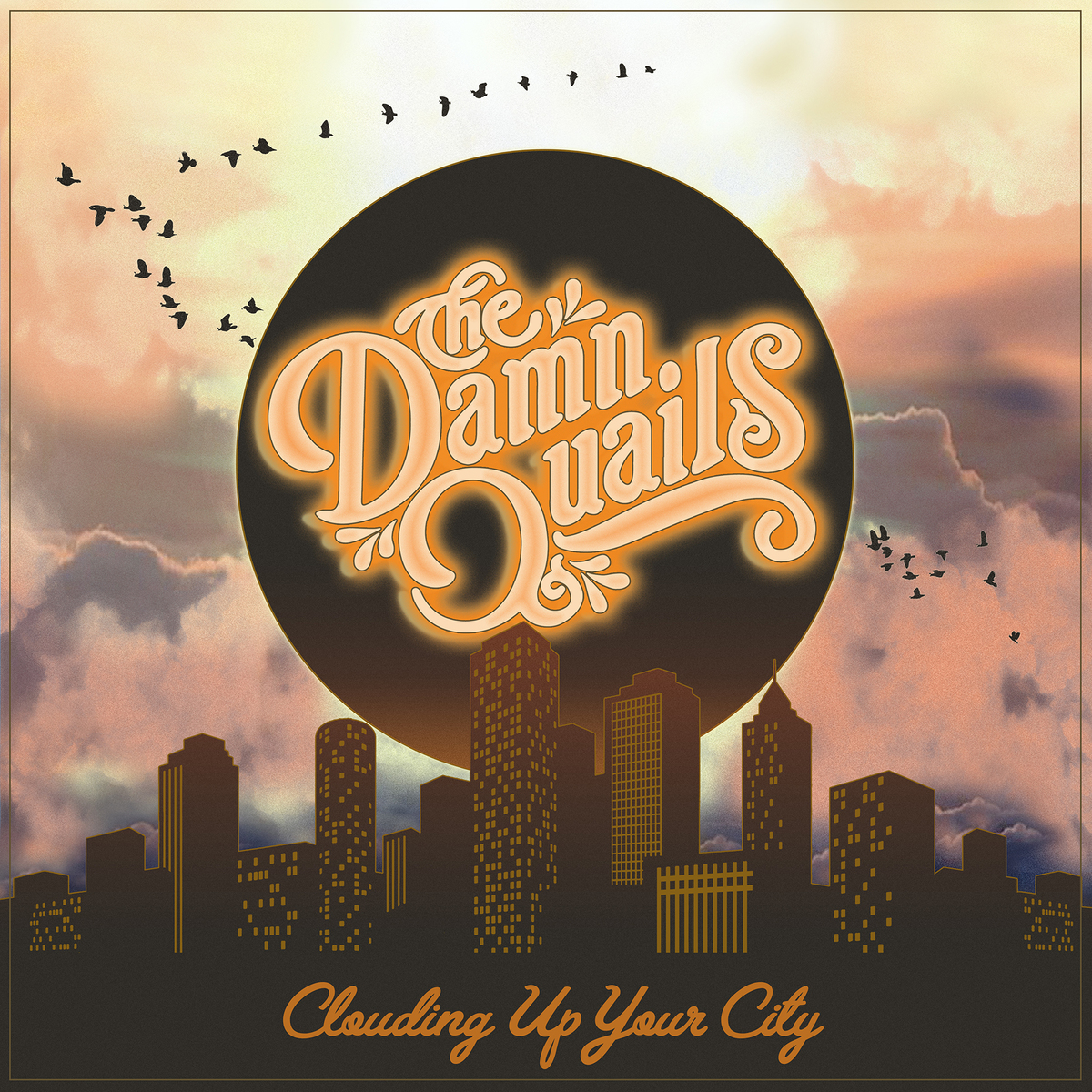 When I sat down to record the group of songs that would go on to become Clouding Up Your City, I took my faithful Guild F-50 into my closet, turned on the voice recorder on my phone, and played through every original composition I had written to that point. I ended up with 26 unrecorded demos, so I spent a few days whittling down the list to a more manageable length. Then, I began to try and figure out which of my immensely talented friends would be the ideal choice to help me bring this group of songs into the cold light of day.

I’ve been playing music with John Calvin Abney for more than a decade. His presence on the stage and the energy that always follows him is undeniable. JCA is the rare kind of player whose inclusion in the ensemble elevates everyone else’s playing ability. He has both taste and panache, and he’s a brilliant songwriter in his own right. He understands how and when to let a track breathe, when to pull back and when to push it. I had my producer.

Michael Trepagnier engineered and mixed my first attempt at a solo album when we were in college together at Oklahoma City University. Since the first time we made music together, I have been in awe of both his stellar set of ears and the way he engineers. I knew if Trep had built his own studio with his own bare hands, then that was the studio I wanted to make this album in. Honestly, I hadn’t given any thought whatsoever as to how he and JCA would work together. As it turns out, their skill set is as complimentary as it gets.

For each song, we all gathered around the piano and spent five minutes or so running through the basic parts of whatever song we were about to record. Then, we played through it a few times, picked the take we thought was the best, and we were done. We tracked all of the rhythm section and vocals live, which is a method that really works for me because all i have to do is play the song a few times and then go outside and throw axes while JCA and Trep recorded an overdub or two. The band parts were done in two days. We brought in the backup vocalists on day three and did finishing touches on day four. Cardinal Song is the kind of space that makes it easy to make good music because everything just sounds so good in there to begin with.

Bonus: What’s your favorite John Calvin Abney song (or song that he’s produced or played on), and why?

It’s hard to pick a favorite track that John played on, but he and I really synced up playing the acoustic guitar parts on “Good Times‽” His piano and organ work is what sets this record off, but his acoustic guitar playing has always been where he shines the brightest.

2) Today, we’re excited to premiere a track from the new record – “Everything Is Fine.” How does this song fit in thematically with the rest of the song collection?

During one of many times of great uncertainty and strife, I found myself repeating the phrase “Everything is fine” over and over and over again. I said it during multiple conversations with different people, and I came to realize that the more I kept saying it, the less true I knew it to be. The song is the embodiment of that realization. I wanted the music to feel as tense as it felt like my world had become. I wanted the listener to be uncomfortable in that place with me. It’s always been my personal belief that songwriters don’t get paid to make people feel good, they get paid to make them feel something. I like that.

3) Could you choose one or two tracks from the new record that bear more emotional significance for you and explain why?

“Highest Shelf” is a song that has a lot of personal significance to me. It’s a song about staying the course even as the pavement itself crumbles away beneath your wheels. It has the kind of melody that is constantly thrumming in the background and echoes through the halls of my mind on a near constant basis. That’s what you’d hear if you could step inside my brain.

“Peace in the Valley (King of the Hill)” is probably my favorite track on the record, but don’t tell the rest of them I said that. I like songs with intense dynamics. The ones that build to a crescendo and a fever pitch before they eventually explode and leave you feeling emotionally spent. My sister’s high harmony part is the element that adds that particular intensity to this track and I couldn’t be happier with the final result.

4) What’s the music scene like in Oklahoma these days, and has the legalization of marijuana in Oklahoma affected much?

The scene is definitely a lot more relaxed and a shade less paranoid since Jazz Cabbage became medicinally available. The music scene in Oklahoma is alive and well. It’s a little more spread out these days. There’s no shortage of impeccable songwriters around, and the quality of work is only getting better, probably due to the fact that things have been so objectively awful for the last few years. Historically, Okies have endured as much tragedy and hardship as can be thrown at them. I think that makes us feel a little more at ease and creatively focused when the world around us is going to hell in a handbasket. The medical weed doesn’t hurt, either.

5) Who are some up-and-coming Oklahoma artists we should be aware of, and why do they stand out to you?

The list is pretty immense. I’m going to assume your readers know about John Moreland, John Fullbright, John Calvin Abney, Read Southall Band, and Turnpike. If I’m incorrect, you’ve got a whole lot of catching up to do. Buffalo Rogers is one of my best friends and favorite songwriters out there. You’ve already heard some of Buffalo’s work on our Out of the Birdcage record. He wrote “Oklahoma Blue” and we wrote “Rattlesnakes” together. Buff is always hard at work on his next piece of glory and his work is never in vain.

In the younger bracket of wordsmiths, Ben Mackenzie has one of the most unique songwriting styles I’ve ever experienced and his compositions are melodically infectious. Jeremee Knipp (who happens to play bass for the Read Southall Band) is cut from similar cloth but fashioned into an entirely different garment. My sister Kierston White is a phenomenal writer, vocalist, and guitar player whose songs are witty and refined but still manage to sound gritty and raw. BC and the Big Rig are quite possibly the most impressive live act the state has to offer and they work harder than absolutely anyone.

Those of you looking to take a deep dive into the darker side of the Oklahoma songwriting experience should look no further than Dylan Stewart, Wink Burcham, Dan Martin, and The Great American Wolf. They are the lost souls that toil in the trenches, the ones that aren’t afraid of getting their hands dirty to get to the heart of the point they’re trying to get across. I told you it was an immense subject, and there are so many more. Pick one, pull a thread, and see what unravels.

Bonus: What have been your favorite Damn Quails songs to perform, and why?

As a songwriter, I consider each song I write to be one of my children. Are you asking me to play favorites here‽

“California Open Invitation” is certainly close to the top of the old favorites list. That song has held up well in the years since Down The Hatch came out. Regardless of the fact that we never officially released it as a single, it remains one of our most popular live songs. This can be attested to by the fact that when we play it in certain towns and at certain venues, the crowd will sing it back to me at a volume that completely drowns out my monitor speaker. I’ve always enjoyed and appreciated that response, which makes playing it live for the fans that love it a real treat and a pleasure. As long as people keep showing up to see us, I’ll keep playing the hell out of it for them.