“I had some deep diving to do in my spirit that was in dire need of healing,” admits Seth Walker, the acclaimed Blues and Americana artist behind the upcoming album for Royal Potato Family, I Hope I Know, set for release this Friday, May 20th. “With the world tilting on its axis as it did, my hand was forced to begin that search and subsequent surrender.”

Walker worked with renowned producer/multi-instrumentalist Jano Rix (The Wood Brothers, Cristina Vane) to assemble the album. Today, we discuss what that experience was like, who was involved in the project, and how the title track was inspired by the Hawaiian poem Ho’oponopono.

1) You’re set to release your eleventh studio album, I Hope I Know, on May 20th. You wrote about the album saying, “…this collection has a cohesive two-part theme and message: search and surrender.” Could you elaborate on that statement and explain what you were aiming to accomplish for yourself with these ten songs? 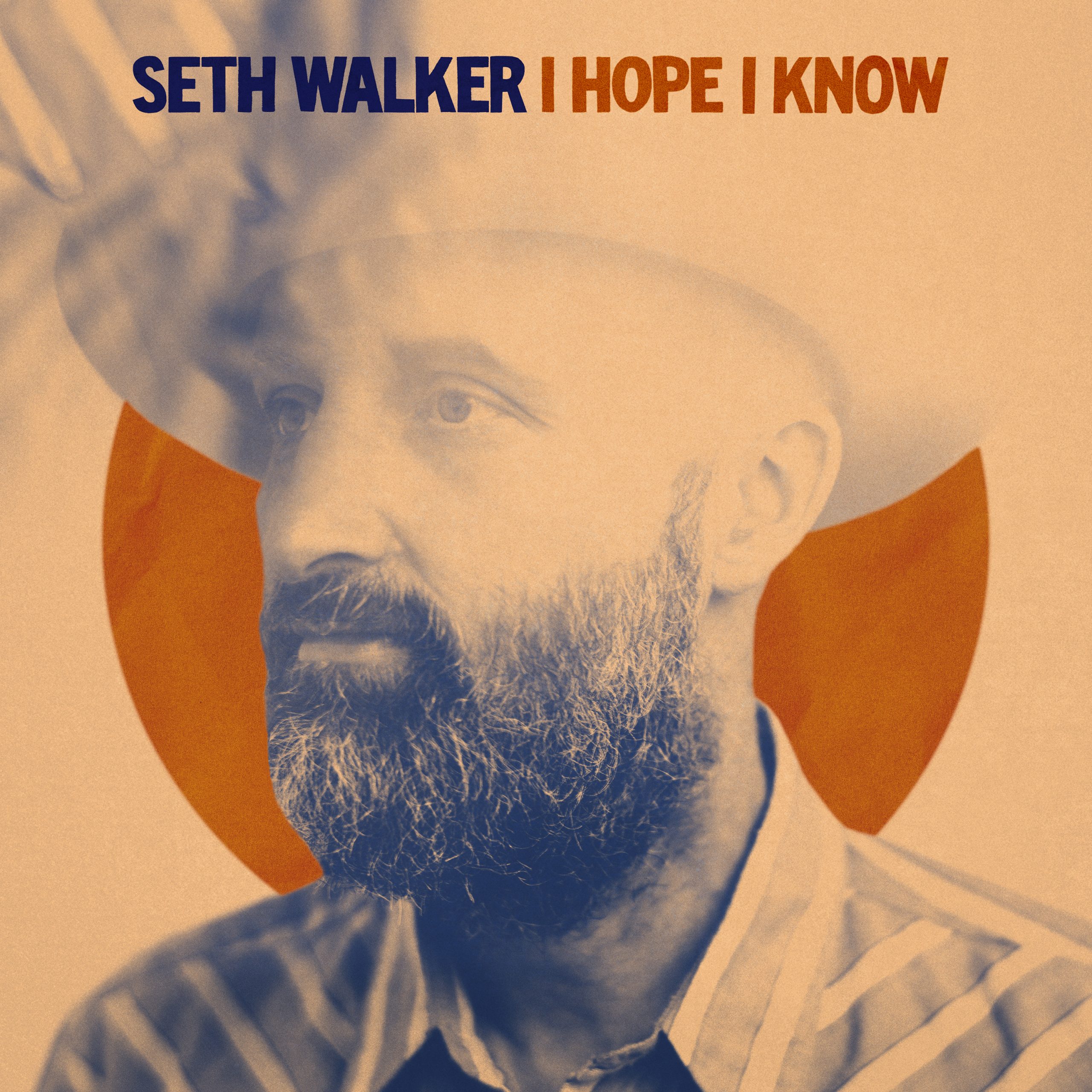 With the world tilting on its axis as it did, my hand was forced to begin that search and subsequent surrender. With nowhere to hide, I found myself in search of how I related and resonated with myself, the world around me, my music, and my relationship. I had some deep diving to do in my spirit that was in dire need of healing.

Secondly was to surrender to questions I may never understand. Acceptance is a toughie. But as I dove into this album, these motifs carried through into the music, and as I worked through them it delivered me to a better place, and brought the album into focus.

The limitations of the pandemic also forced us to approach this with not such a heavy hand. We took our time and allowed a lot more space across the board. We met the album halfway in a sense, which perhaps was not as much the case in the past.

2) Describe your creative chemistry with Jano Rix, producer of the album and longtime member of The Wood Brothers. Why do you think you and Rix are simpatico, and how did he shape the album in ways you wouldn’t have thought to?

This is our third effort and with each one, there is a new level of understanding and trust. We hear and feel music in the same way on so many fronts, and hear it just differently enough counter to each other to make great partners. Oh it also doesn’t hurt that he is one of the baddest cats in the land, and one of the kindest humans I know. He doesn’t produce with an iron fist, so it gives the music space to actually become something.

Bonus: Have you listened to the upcoming Cristina Vane album that Rix also produced?

No I haven’t but I will jump on that!

3) It’s been a few years since you recorded and visited with us at DittyTV. What’s changed in your life since then that you care to share?

In addition to the life changes that I mentioned before, I wrote a book entitled Your Van Is On Fire, which was cathartic and very fun to write. It’s a combination of short essays, poetry and some of my artwork. The book set the tone creatively in many ways for this album to appear as it did….

I also uprooted my life and moved to the North Carolina mountains. It’s been good for the soul to be around nature and my family.

4) We have the honor of premiering your new music video for the album’s title track. I’m always curious how artists decide which song to designate as the title track. What made “Hope I Know” stand out from the others in this collection?

Firstly, I love the way it sings and speaks rhythmically. I Hope I Know. I resonate with the notion that I hope I know a little more about myself with every song, album, mistake, turn, or small victory. It also really frames a state of mind I was in during much of the making. It was inspired by a Hawaiian poem Ho’oponopono, which reads —“I’m Sorry, Forgive Me, Thank You and I Love You. That covers a lot of ground in my book.

Bonus: Who else do we see playing here, and what draws you to their musicality?

Do you mean who else is playing on the album? If so, It’s mostly Jano and myself, but it also features my bandmates Rhees Williams and Tommy Perkinson on “River,” as well as Matt Glassmeyer on horns. The album was mixed but Mike Poole who is an integral part to our team. 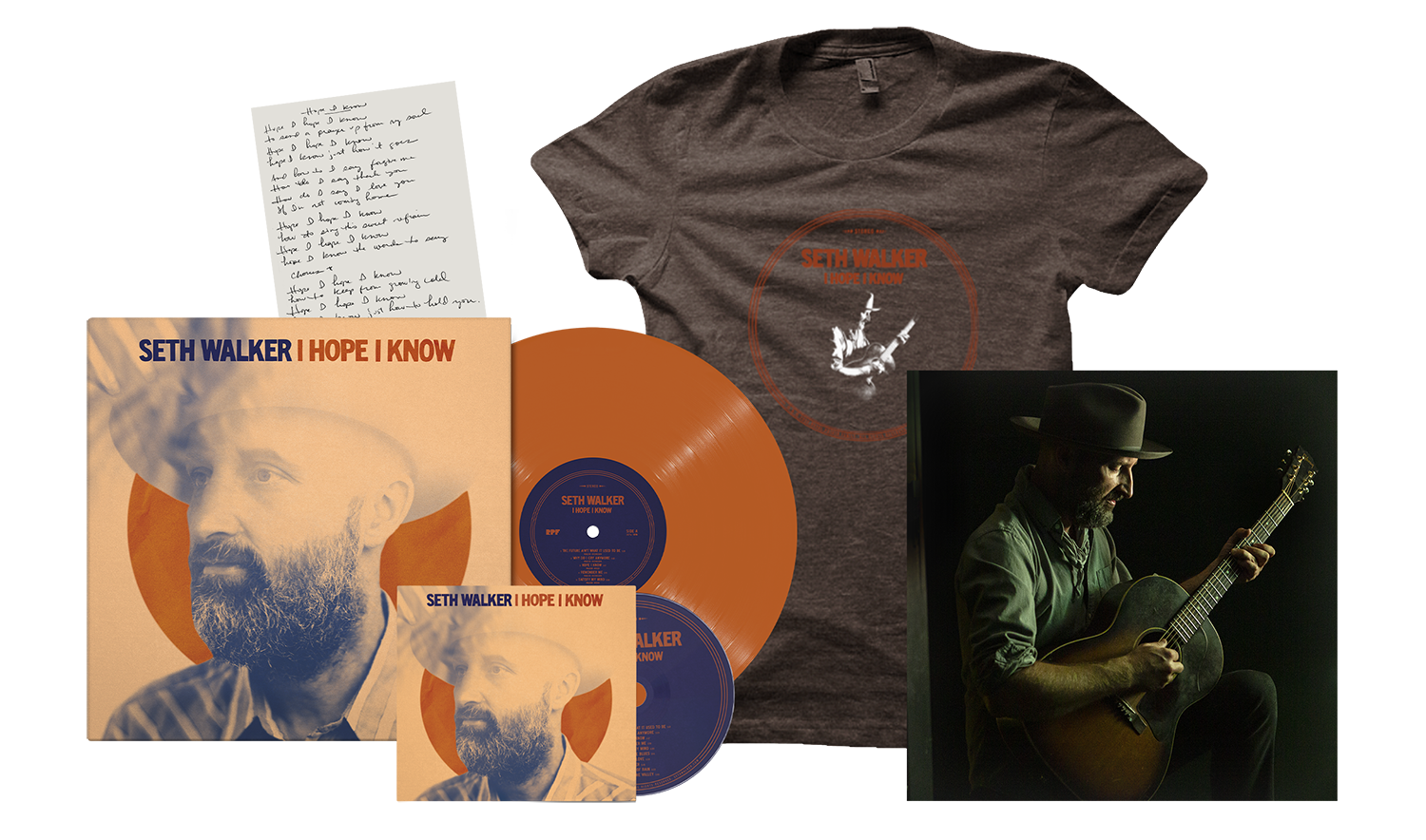 5) Talk to us about the concept of the album’s cover and what it was like to work with Jeremy Fetzer and Gary Dorsey. What’s your connection to those fellas?

That album artwork took a moment to figure out. I was unsure of what kind of tone I was searching for. Gary Dorsey has been a long time friend and designer on most of my album covers. One day he listened to the album front to back and sent me a mock up of that concept. It seemed to capture a vibe and aesthetic that resonated with the album as a whole to my eyes. A fading away of the self in some ways perhaps. Jeremy took that and ran with it and realized a beautiful, simple design.

Bonus: Who were your earliest or most significant influences on guitar, and could you recommend specific tracks of theirs that still have a hold on you?

T-Bone Walker was very influential early on. His timing, his swing, his lowdown, his uptown. He was a snake around the beat. B.B. King has gotta be on this list as well. Every note was soul stirring. He was masterful at leaving you in suspension. Both of these titans are very lyrical guitar players that not only shaped my playing but also my singing.