Along with an insightful Q&A, we’re thrilled to offer a new performance video of “If You Love Me” from Rachel Sumner & Traveling Light, a Boston-based ensemble with a new album on the way this week. “The video was made at The North American Guitar in Nashville, where the song resonated beautifully through all of the guitars hanging on the walls,” says Sumner, who penned the tune using a Johnny Cash poem she found in his book Forever Words.

1) Congrats on the upcoming release of your debut album, Rachel Sumner & Traveling Light! What did writing and recording this album teach you about yourself and the world around you?

It taught me about the balance between leading a band and collaborating with bandmates. I think we found a sweet spot in the making of this album.

2) Who were the primary players in making the album, and could you give a brief description or example of how each musician elevated the music? 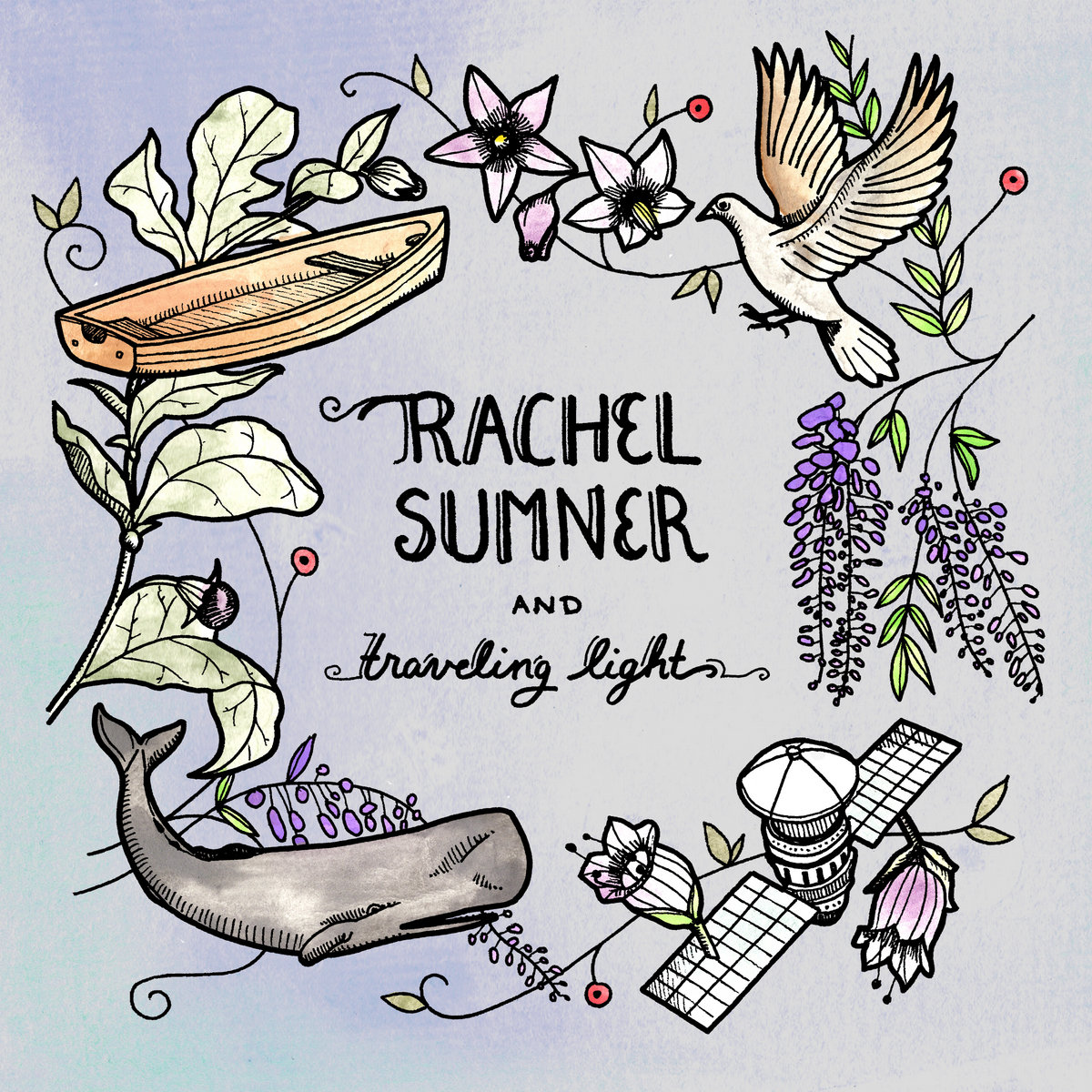 Kat Wallace played fiddle and sang harmony – Kat is one of the most versatile musicians I’ve ever met. She can shred a bluegrass tune one moment and then play a Bach partita and make you weep. My writing influences are quite varied, but Kat knew exactly where I was coming from with each song and delivered these genius fiddle lines that added a whole other dimension to the music.

Mike Siegel played bass – Mike’s got a solid groove and nose for good arrangements and bass textures. When he’s interpreting songs, he’s really thinking about what will serve the space and elevate the lyrics and comes up with really creative parts! Also, his know-how as a great sound engineer was key in the mixing process and also in locking in our live sound.

Ira Klein played acoustic guitar – Ira masterfully added the most beautiful, sparkling guitar embellishments to each song he played on.

Alex Formento played pedal steel – Alex is primarily an acoustic guitarist but took up the pedal steel just before pandemic. During lockdown he worked incredibly hard on his skills as a pedal steel player, and I was so impressed by the lush and haunting parts he wrote in all of the songs he played on.

Don Mitchell mixed – Don found such a beautiful way to lay out the sonic space of the album and made sure the energy of the songs really came through.

3) Is there a particular song from the record that hits closer to home emotionally than the others, and would you mind sharing why that is?

When I wrote “The Arms of Your Mother,” I sobbed, especially when I wrote the line “I know it’s possible to love well beyond/The limits our imperfect bodies have placed on us” – I had my own mother in mind at the time. My mom has suffered through a lot of physical issues that have cropped up in the last 10 years, and it’s become impossible for her to travel out to the east coast to see me. But our bond with each other is so incredibly strong, and I feel it transcends both space and time and she is always with me. It’s by no means an autobiographical song, but I feel I poured all the love I have for my mom into that story.

4) We’re honored to offer an exclusive performance video today for your song, “If You Love Me.” What drove you to compose this one, and what can you tell us about making the video?

This was a Johnny Cash poem I found in his book Forever Words. I’ve long been a fan of apocalyptic love songs and poems, but I never in my wildest dreams thought I’d find one written by Johnny Cash. Turns out, in 1983, he did! The melody spilled out very easily, just hours before we had a band rehearsal, so we worked it up right after, finishing the arrangement in one night. The video was made at The North American Guitar in Nashville, where the song resonated beautifully through all of the guitars hanging on the walls. I’m actually playing one of the guitars they have for sale in the shop – a beautiful Tippin Staccato called ‘Pink Lady.’ It brought a brilliant tone to this song!

I got my start playing residencies with my old band Twisted Pine at the Cantab Lounge in Cambridge, where every Tuesday night was Bluegrass night. I learned how to play guitar and how to be in a band from those Tuesday night jams! Not long after, I found my way to Club Passim, a haven for singer-songwriters and acoustic musicians. I’ve met all of my collaborators in this area and have been given many opportunities to try new songs, bands, and anything else I can think of. I’ve learned my trade by being here and surrounding myself with other creatives in the community.

Bonus: Say someone was coming to Boston for a weekend – where would you recommend they visit, and why?

The Museum of Fine Arts and Club Passim! MFA is one of my all-time favorite places to be: it has the largest collection of Monet paintings and very stunning John Singer Sargent murals painted onto the rotunda. It never fails to inspire!

Club Passim – in my opinion – is THE folk center of New England. It’s historic, intimate, and brings in some incredible musicians both emerging and established. There’s music nearly every night; I guarantee you’ll have a good time!

Bonus: Any new music to recommend?