“My perspective on life and love has made a shift, for the better, I’m happy to say,” shares Nicki Bluhm, the acclaimed Nashville-based singer-songwriter behind Avondale Drive, her new studio album due out on June 3 via Compass Records.

“I’d say that To Rise You Gotta Fall was definitely my divorce record… Avondale Drive feels a lot lighter in an emotional sense. I’m further along in processing loss… there’s also some humor and a whole lot of introspection.” That humor and introspection take center stage in her latest single, “Friends (How To Do It)” featuring Oliver Wood, which DittyTV has the video premiere for today.

1) Talk to us about the collaborative nature of your new album Avondale Drive. You brought in a lot of great musicians to record with, including Oliver Wood, Jen Condos, Erik Slick, Erin Rae, and AJ Croce, among others. Where does that drive to collaborate come from for you, are you naturally pretty social, and what is something new you learned from one of those artists while making this record? 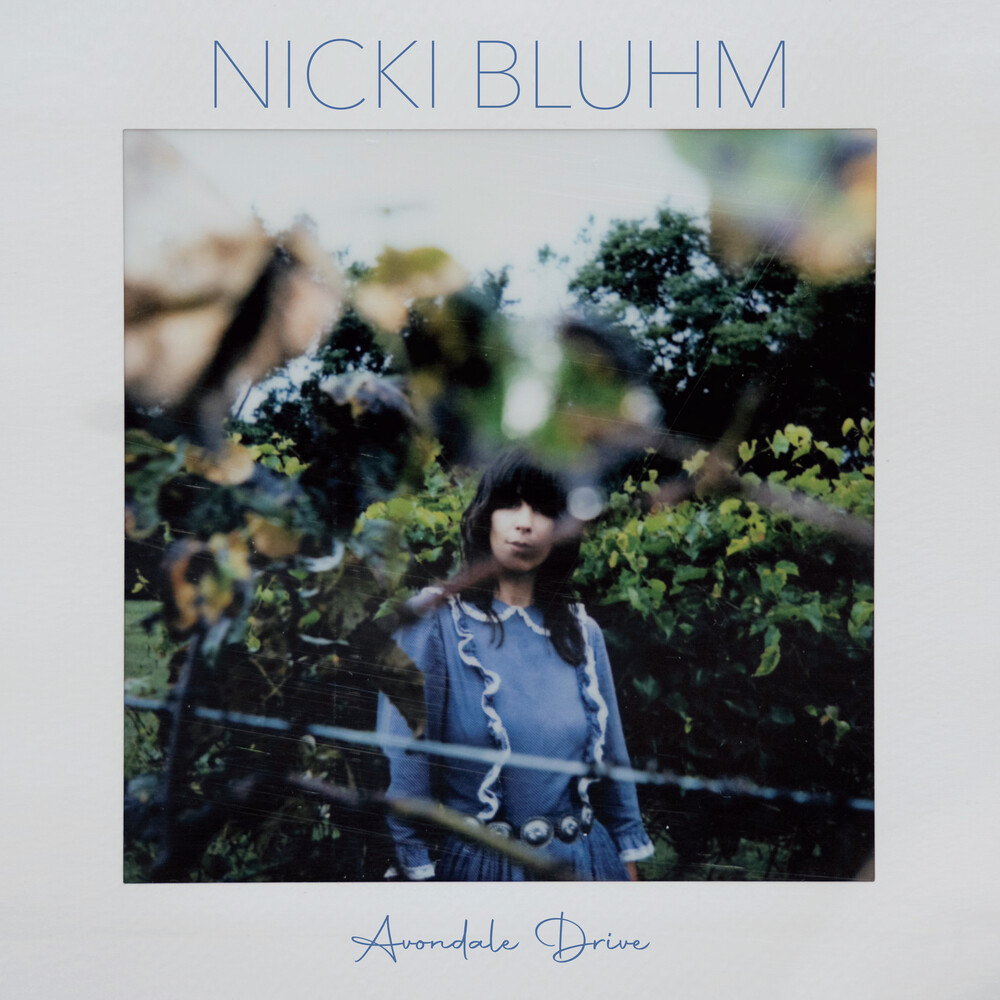 One silver lining of the pandemic was that all our musician friends were grounded at home, had time on their hands and were jonesing to be creative. With no touring happening, there were so many of us who decided to set up little home recording rooms. Jay Bellerose literally had an outdoor patio umbrella set up in his living room above his kit and he and Jen got to put their incredible mic collection to use.

I think because we were all physically isolated, sharing tracks and flying them to our favorite musician friends was a way to commune and collaborate. We had the utmost trust in everyone we asked to play on the record so very little (if any) direction was given. We just wanted each musician to have the freedom to interpret, express and add to the songs in their own unique way.

2) Were there any worries or insecurities you had going into making the record that dissipated once you got into the studio?

Well, we did the majority of recording at home in our little studio/bedroom setup that Jesse dialed in. We started recording because we had nothing else to do besides cook and drink cocktails (remember that?) so we figured we could at least start making demos for when we could get into the studio.

We were so pleased with the way the recordings turned out we kept going and decided to do the bulk of the record remotely and collaboratively. We actually only had 3 days total in a proper studio to record vocals and overdubs.

3) How is this record thematically different from your last, To Rise You Gotta Fall?

I’d say that To Rise You Gotta Fall was definitely my divorce record. The songs are raw and there is still a lot of pain and disbelief in the lyrics. Avondale Drive feels a lot lighter in an emotional sense. I’m further along in processing loss and I think there is more compassion and forgiveness in the lyrics. There’s also some humor and a whole lot of introspection. My perspective on life and love has made a shift, for the better, I’m happy to say. I’ve lived here in Nashville for 5 years now and feel like I’m finally finding my feet.

4) The classic rom-com When Harry Met Sally… (1989) acted as an indirect catalyst for your song, “Friends (How To Do It),” which features Oliver Wood. We have the pleasure of premiering a new live video recording of that song today. What can you tell us about this song and where it came from?

After ten years of marriage that ended in divorce, I suddenly found myself thrown back into a (very different) world of dating. I didn’t really know how to do it, all the apps you’re supposed to use stressed me out. I was hanging out with this guy for a while (as friends) but every now and then he would blindside me with a random, unexpected/unwanted kiss. I tried to have the conversation clarifying what that was/what we were but he preferred to keep things aloof, maybe he thought he was being mysterious? When I posed the question ‘can a man and a woman just be friends’ he unknowingly reacted exactly like Harry (though he had never seen the movie, I’m sorry what?!) and I thought to myself, wow. This really is the million dollar question.

Bonus: Would you say Nora Ephron has had a significant impact on your life and is she someone you admire creatively?

Absolutely, I adore everything she did. Her movies were a staple in my adolescence and I still go to them like comfort food. I love how she merges humor and heartbreak. Absolutely modern classics in every way.

5) Your producer Jesse Noah Wilson shared this: “Nicki wrote this as this really fun upbeat country tune, but I thought with the lyrical content being what it is, men and women being friends, we thought the least we could do is pull it into a greasier vibe. If Bobbie Gentry and the Swampers recorded this tune, what would it be?” Could you describe your creative chemistry with Wilson and what it’s like to have an idea and then alter it based on your producer’s (or bandmates’) feedback?

When I hire someone to produce I do it because I trust their input pretty implicitly. I rarely get demo-itus, so when he suggested we go for a different groove, I was all in. I had JJ Cale in my mind as well for this song; I wanted it to simmer and just feel cool. Changing the groove definitely got it there. Jesse has heart and taste and is really instinctual in the way he goes about making music. He doesn’t overthink things and I love that.

Bonus: What’s your favorite Bobbie Gentry song, and why?

Bobbie Gentry could read the phone book and I’d be happy. Her velvet tone is just so pleasing. It’d be hard to choose just one favorite but the song I’ve been listening to a lot lately is “Sweet Peony.” I’ve been doing a bunch of gardening so it’s felt fitting for my springtime vibe.

Bonus: What’s something you’ll be bummed about if you don’t do it by the end of this year?

Learn how to can all the fruit from my orchard! We moved a bit further out to the country and inherited about 22 fruit trees…working the land is a steep learning curve. I also want to learn how to make hard cider but that might have to wait til next year!