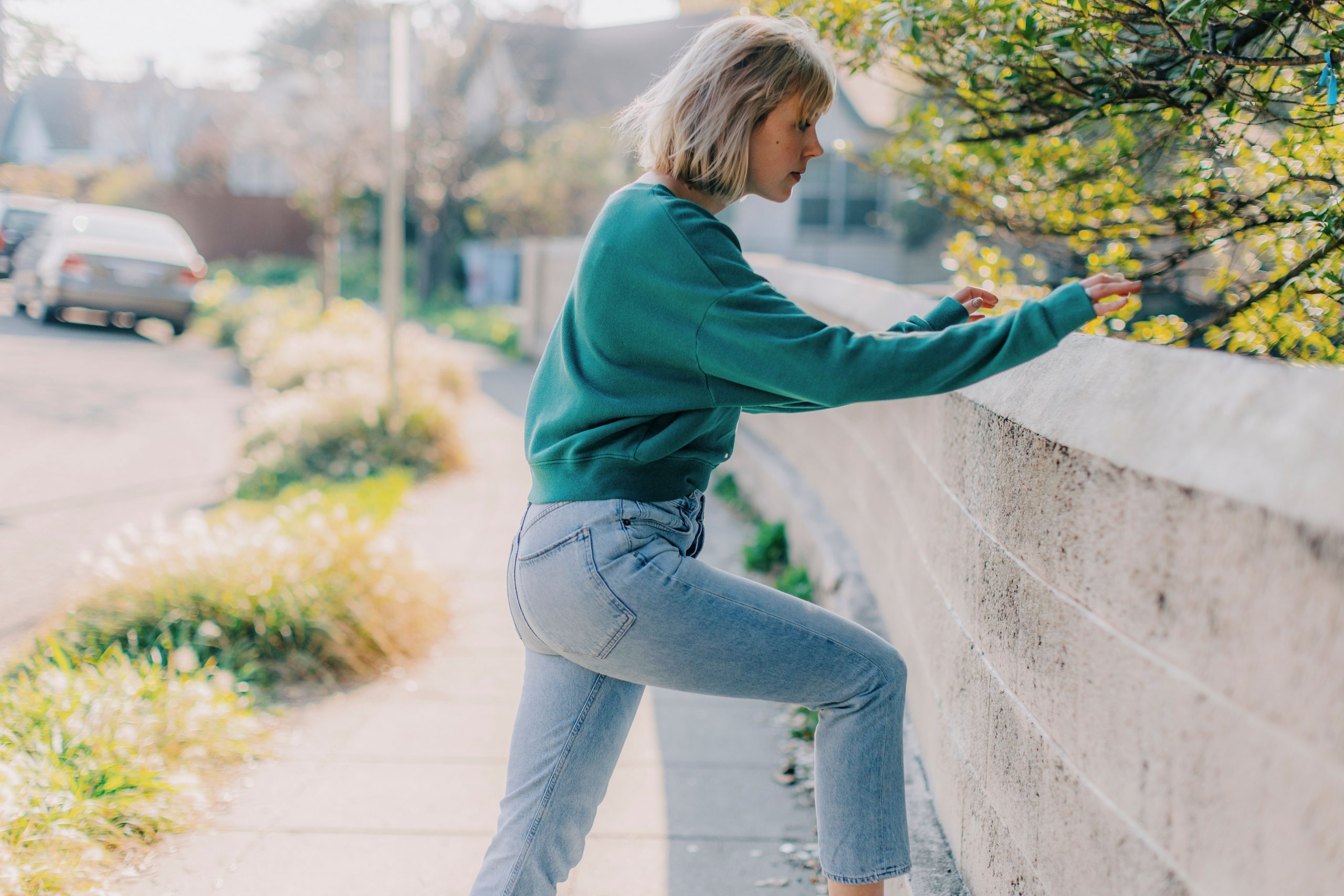 On June 3, Nataly Dawn of prolific husband-wife duo Pomplamoose will release Gardenview, a new solo record she co-produced with pals Ross Garren (Bon Iver, Ben Folds) and John Schroeder (Marc Cohn, RuPaul). The songs mark a shift in Dawn’s focus away from the often high-energy sounds of Pomplamoose toward the Americana-folk sounds we hear on tracks like “Over the Moon,” which DittyTV is thrilled to offer the premiere of a new live-performance video for today.

1) Your new record Gardenview – you co-produced the songs with your pals Ross Garren and John Schroeder. What was that experience like, where did you track the songs, and what were some good surprises that happened along the way? I think we honestly had too much fun making this record together (there’s some behind-the-scenes footage to prove it). Just a bunch of musicians nerding out on vintage gear and making dumb jokes. It felt like camp, honestly. I’d been writing songs in the confines of my room, completely isolated by the pandemic for years. I couldn’t imagine recording the album by myself after that.

John and Ross were the first people that came to mind to produce Gardenview for a couple reasons. One, they’re wonderful, kind, brilliant, funny humans that I really enjoy being around. Two, they’re wildly talented folk/Americana/you-name-it musicians. We’d already made two French Pomplamoose records together, and I knew that being in the studio with them was one of the most wholesome and fulfilling experiences ever. And lastly, they clearly loved the songs and wanted them to be as good as they could possibly be. It wasn’t about ego or competition.

We decided to record the entire album in a week, from May 20-25, 2021 at 64 Sound, a tried and true studio in Los Angeles. It’s one of those wooden treasure-troves with walls covered in guitars, synths, old gear and instruments you’ve never seen before – really a magical place for musicians.

I was away from my home in Berkeley, living out of the super quaint Hotel Covell in Silver Lake while we made the record. Something about being in this eclectic little wine-bar hotel was unexpectedly inspiring. I ended up writing a couple songs while I was there.

I like to think it’s a “good surprise” when you walk into the studio with a new song, but maybe it’s just an “oh-no surprise” for everyone else involved. Either way, John and Ross were always super receptive, and one of my favorite tunes – “Danny,” a song about my great-grandmother – came out of me noodling around on a guitar at Hotel Covell.

Bonus: What were some not-so-good surprises you had to overcome?

I was dealing with a lot of anxiety at the time. I’d been diagnosed with a very treatable but still scary skin cancer on my nose just a couple months before we went into the studio. And I was bracing myself for the surgery that would take place a month after recording. It took a lot of mental effort to be present while we were in the studio. It was like a fly buzzing around my head, constantly reminding me that there was cancer on my face. Every day I’d acknowledge the fear and then come back to the moment, to the microphone, to my friends playing music – over and over again.

It’s now been a year since the surgery and we’re all clear on that front: no more cancer and the skin-graft has healed well. When I think back on my time in the studio, I remember mostly the joy and not the anxiety. But at the time, it felt like every moment was a decision to not focus on the fear.

2) Talk to us about shifting your focus away from the often high-energy sounds of Pomplamoose toward the Americana-folk sounds we hear on the new record. What drove you in that direction, and have you found yourself better able to express certain feelings in this mode? 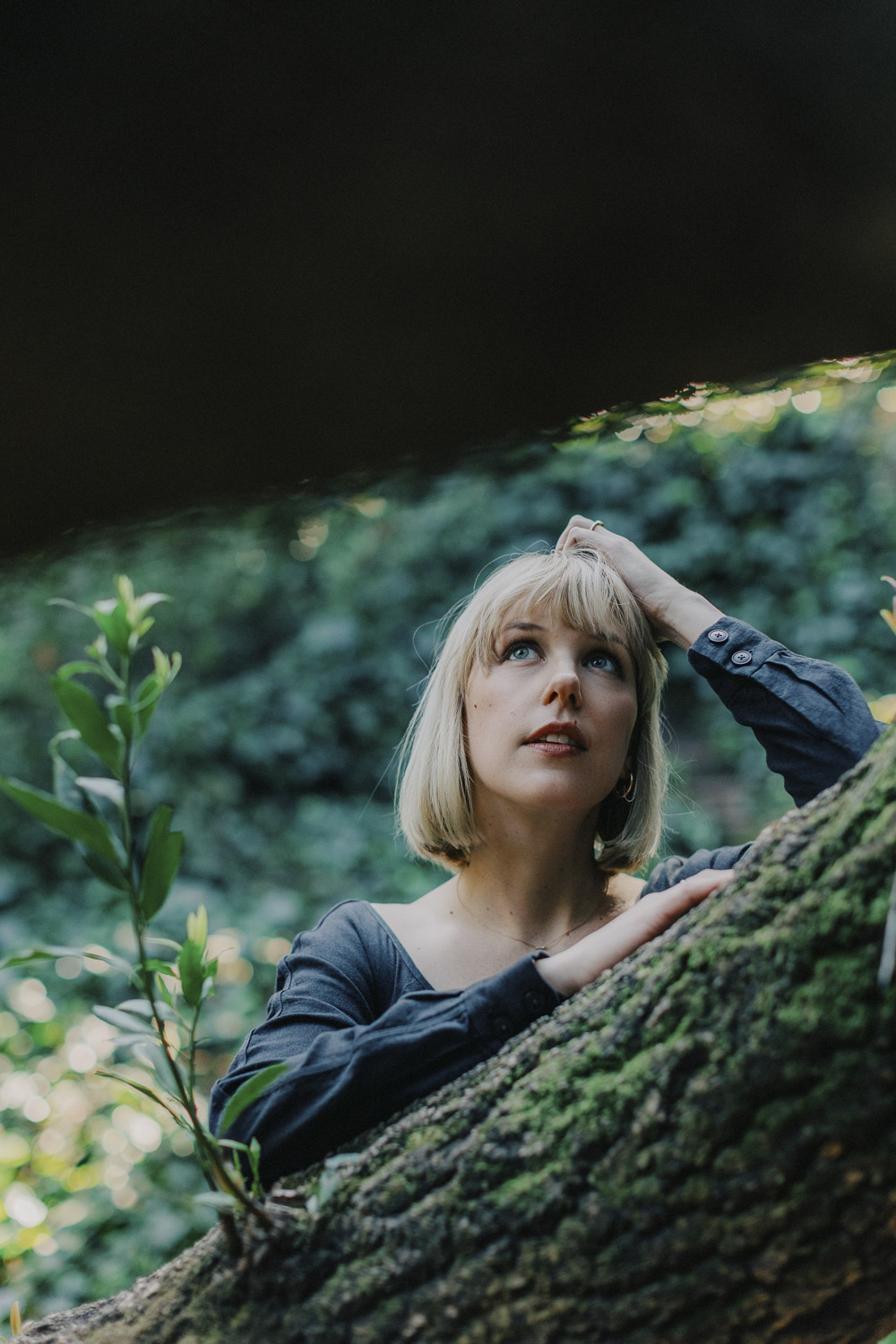 In the early days, Pomplamoose was a duo – a collaboration between me and my then boyfriend, now husband Jack Conte. I brought the contemplative lyrics and basslines, Jack brought the dynamic production and experimental, explosive creativity. In recent years, Pomplamoose has transitioned into more of a media company, releasing a song and video every week, employing dozens of contractors and several full-time employees.

One of the most beautiful things about expanding from a duo to a team is getting to be a part of a community of musicians in LA. We’ve gone from being a band that records and overdubs everything at home, to one that records mostly live in recording studios with a whole slew of incredibly talented musicians. It’s led me to really value the communal experience of recording with friends.

Much like Pomplamoose’s recent way of recording, Gardenview was done mostly live with minimal overdubbing. Some main differences were that we took more time with it. Rather than doing four songs in a day, we did two. Also, we rehearsed and figured out the parts before going into the studio. John, Ross and I got together and really sat with the demos and zoomed in on the details before recording. I really enjoyed getting to take time with the songs, listening to what was needed, not feeling pressured to decide right away.

John and Ross are such thoughtful producers, and they love Folk and Old Country music. Their band Sheriffs of Schroedingham feels like it’s from another era – like you’re in a Western, riding through canyons and sleeping out under the stars. So we just leaned into the nostalgia because that’s what we love. It’s what comes naturally to us. The result is an Americana record that sounds like it could’ve been made forty years ago. There was something very delicate about this way of recording – an attention to detail and a feeling that each person in the room was contributing something vital to the record. I think folk music lends itself to that level of transparency. And that’s what I was craving – something unpolished and tangible – the sound of real people playing real instruments altogether in a room.

3) We’re thrilled to offer the premiere of a new live-performance video for your song, “Over The Moon.” Maybe you’ve already written liner notes, but with some distance, could you please give us a current explanation of what this song means to you and what the vibe was in the studio during this session? 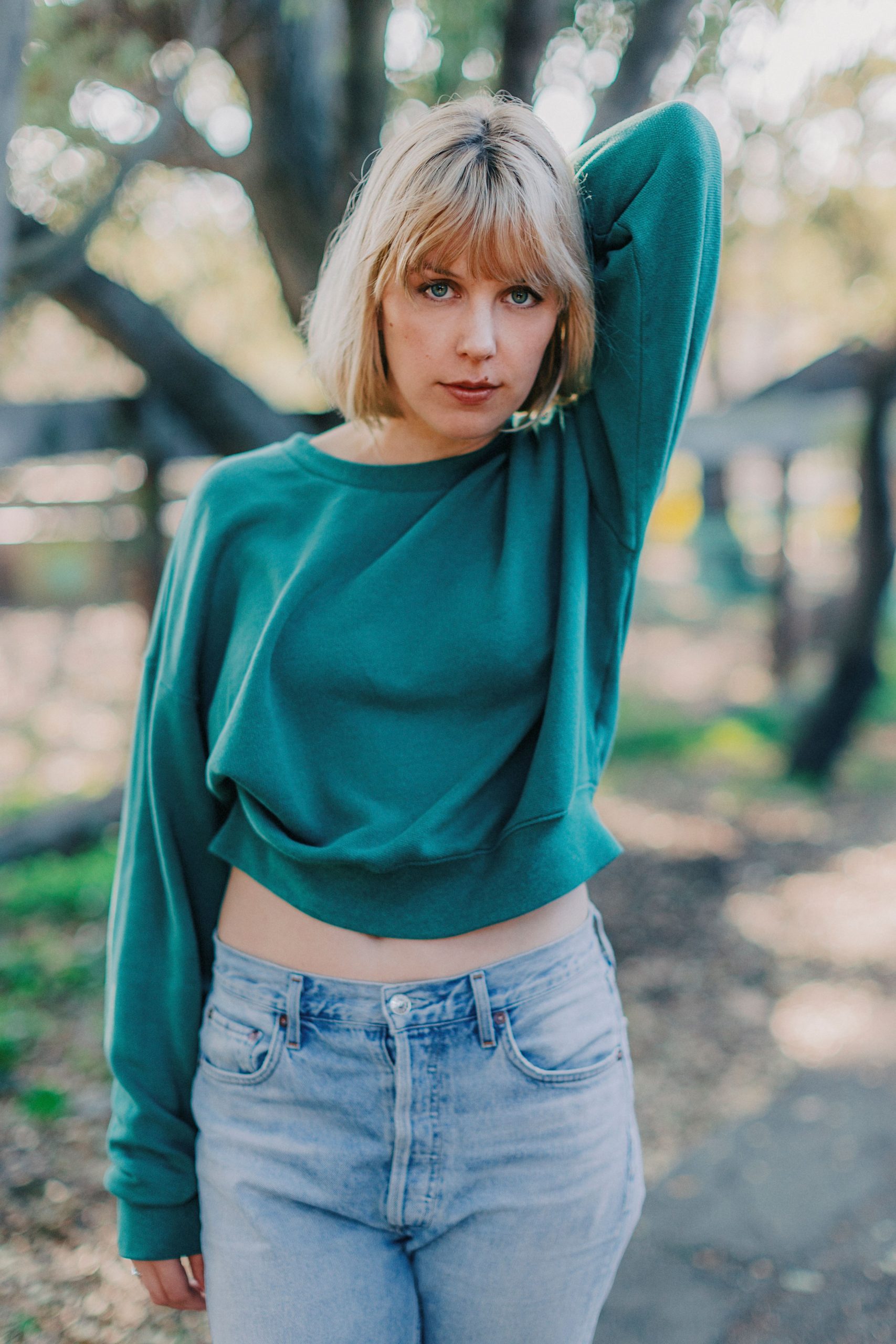 It’s funny how similar the performance video and the final version on the album sound. I think it’s because “Over the Moon” was recorded live in that same space. It was just John on slide guitar, me on acoustic and Ross on vibraphone. The result is something that feels fragile and intimate but also sonically vast and enveloping.

For me, the song is about feeling like you’ve lost something precious that you didn’t fully appreciate until it was gone. Like most people, I can get very sad about the passage of time. Change is just hard. My relationship with Jack has gone through so many wonderful and difficult phases. And every time we move from one chapter to the next it’s difficult to let go. So this is a song about being stuck. About not wanting to let go of a time in life that was precious.

It’s odd looking back now because I’d much rather be where we are today than where we were then. But it wasn’t something I could see at the time. All I could see was this big, beautiful moon we were leaving behind. Note to self: let go sooner ☺ The moon has places to go and so do you.

4) As the daughter of missionaries, you grew up singing hymns, often a communal experience of singing with others. It appears that community is a huge part of your approach to music still. You’ve been prolific over the years with Pomplamoose, frequently bringing in guest artists to collaborate on songs and videos. Is that where you’re most comfortable, working with a group of people? 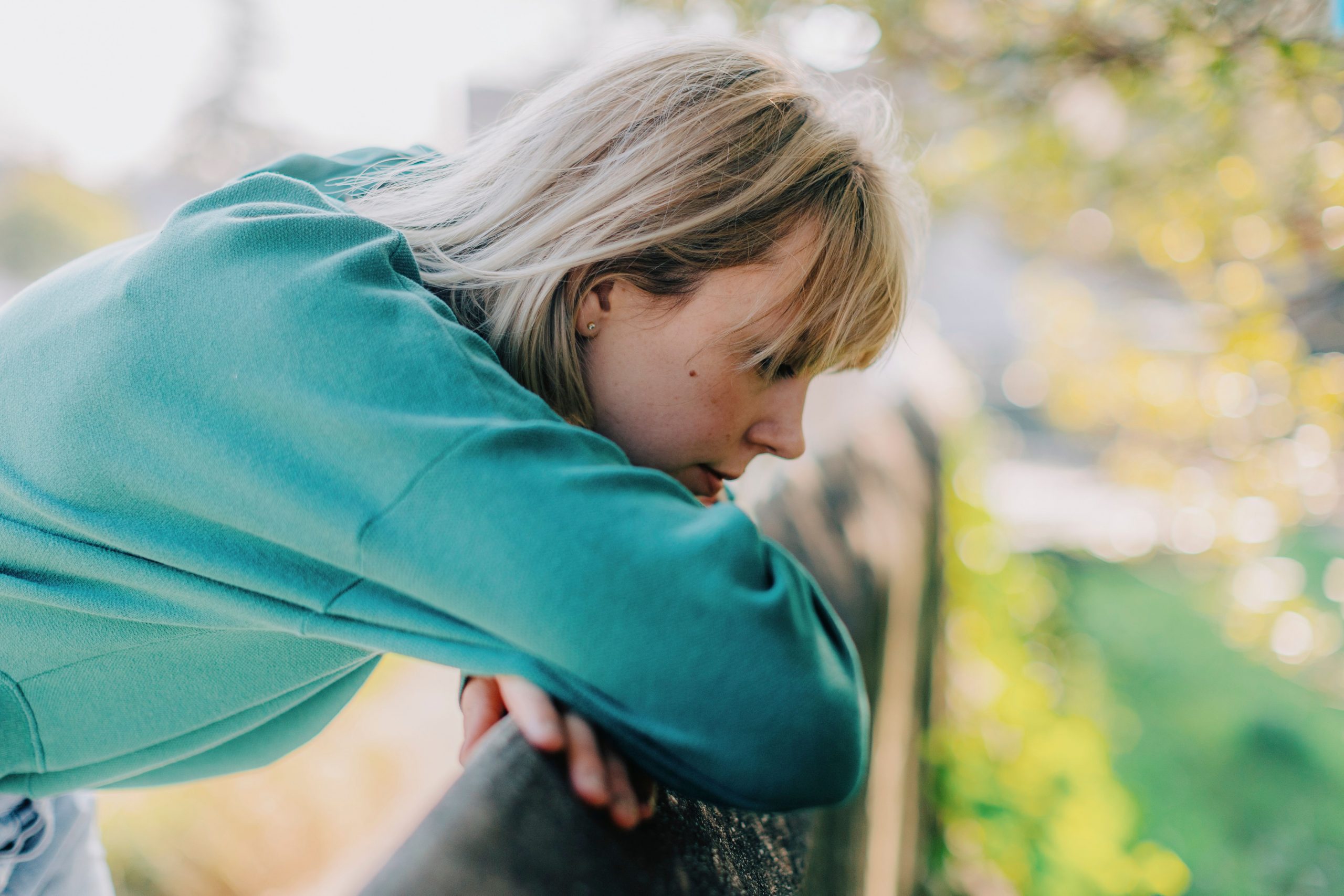 Honestly, I’m a real introvert. I grew up in church, so community and potlucks and family were a big part of my upbringing. But I’m also an only child, so I spent a lot of time on my own and that’s still where I’m most comfortable. I have to feel really comfortable with someone to embark on a creative project with them. It takes years to familiarize yourself with someone’s strengths, to learn how to communicate with them. But I think that’s why Gardenview worked so well – because it only involved relationships that had stood the test of time.

Producing the record with John and Ross meant working with them in a new capacity, but we’d known each other and made music together for years before embarking on this journey. Same goes for Caleb Parker, the lead engineer and mixer, Kyle Crane on drums, and Eliana Athayde on bass. We’ve spent so many days in the studio or on tour together. I know them and their music. I trust their creative instincts. I love them as people. All that to say, I’m most comfortable in a room by myself, but I think the best art happens when I create with other talented folks.

5) What were your formative years in music like, and is there a memory of singing that stands out as a particularly spiritual experience from back then?

I loved singing at church. Maybe because my mom was the musical director wherever we went, and she has such an incredible ear for harmony.

When I was nine, we moved to France. My parents were missionaries, so I started going to a French school, not speaking a word of French. One of the things we could always talk about on the playground was music. Even before I understood French I was singing French songs and teaching my friends English pop music – anything from Britney Spears to the Spice Girls to Celine Dion. Music was how we connected before we could talk about anything else. I think that’s why recording the French records was such a spiritual experience for me. Singing in French just brings me straight back to the little stone Catholic-school courtyard (they’d ring an actual bell at the start of class!) Such a departure from my previous life in industrialized greater Los Angeles.

So when I think about spiritual experiences outside of church, I think of the first French record we made. So many of the people who played on that record were a part of Gardenview. Which makes so much sense! I went into this whole project craving community and connection. And making music with your friends – honestly, it’s like church but way better.