We also caught up with the Austin-based artist in 5 Questions to learn about his creative collaborations with Ken Coomer (Wilco, Arlo McKinley), Madeline Northway (Playboy, Vogue), and others, and how artists like Steve Earle and Blaze Foley continue to influence his songwriting.

1) In 2019, you released your debut album, Some Fights You’ll Never Win. What are some significant changes that have taken place in your life since then, and what did writing and releasing that record teach you? 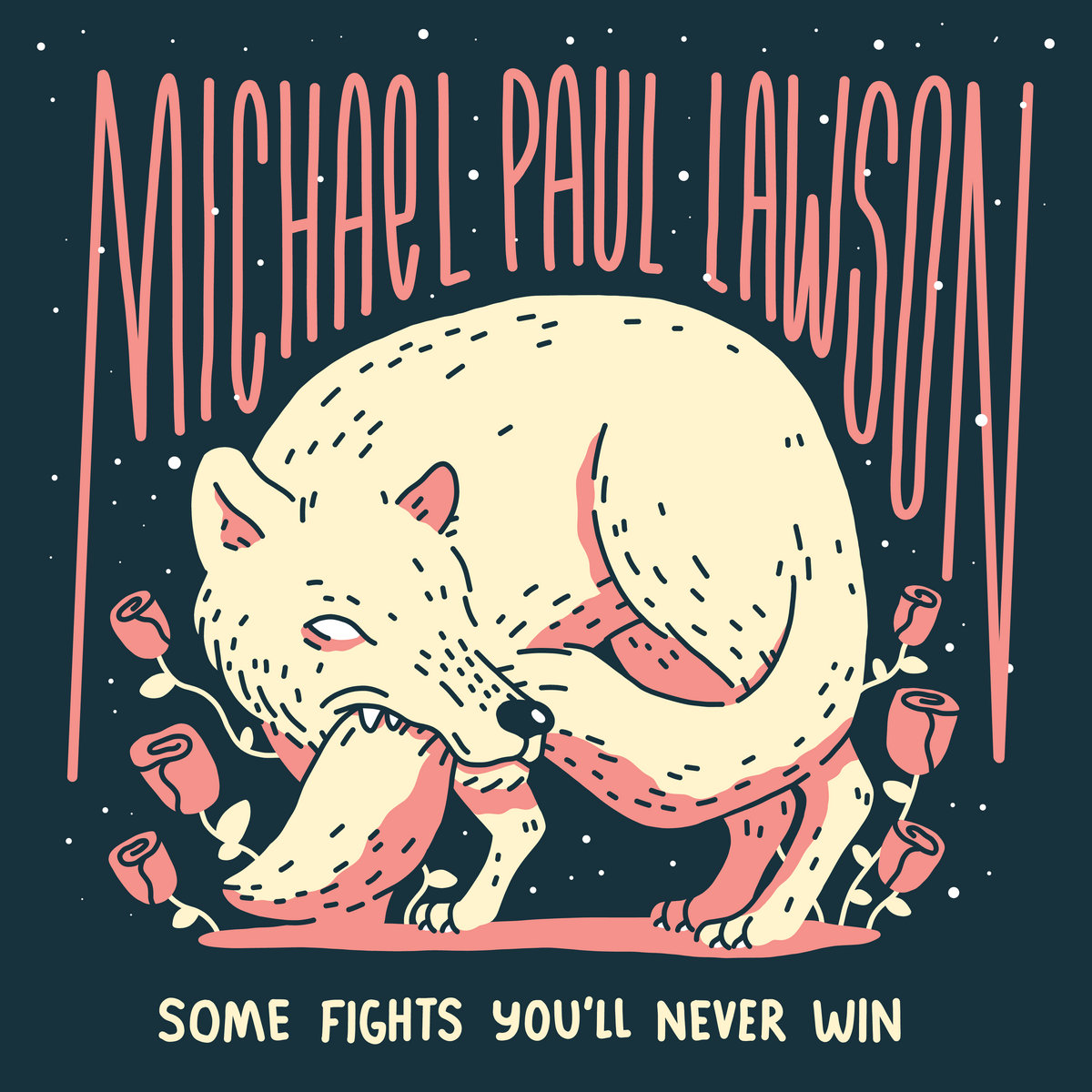 Some Fights You’ll Never Win was essentially me throwing myself in the deep end and figuring out how to not drown. I’ve always had the mindset that you should work with the best possible people you can, but the catch is that you often find yourself being the least talented person in the room. It forces you to take a long hard look at yourself, and you can either choose to fold and say, “well, I guess I’m just not good enough,” or you can figure out what you need to do to get better. I’m proud of that record, but I had a laundry list of things I felt I needed to work on by the time it got released. Making that record kicked my ass, but I’m grateful for the growth that came out of that.

Three weeks after Some Fights You’ll Never Win came out, I got let go from my day job. I was doing marketing and communications for an animal shelter in Virginia, and that was keeping the bills paid — rent, student loans, etc. — while every dime I made playing music went back into music. That was August 2019. I got two weeks’ severance pay, and with the little bit of money I had saved, I figured I could make it until November.

I spent September 2019 doing a run of shows along the east coast and trying to figure out how to not run out of money. I had felt for a while like I wanted to get out of Virginia, and I figured this was as good a time as any to make the leap. All signs pointed to Austin for me — I had recorded Some Fights You’ll Never Win in Austin, I knew people there, and my father had been living there since the mid-90s. So at the end of October, I left Virginia, moved to Austin, and started from scratch.

2) And now you’re gearing up to release your sophomore LP on October 7th, Love Songs For Loners, an album inspired by a decade of unfulfilling jobs, failed relationships, and the like. Could you give an example or two of how songwriting has helped you persevere through hard times?

Songwriting is something I have done in some capacity since I was in middle school. Playing with words was something that always came naturally to me. I think, more than anything, that it was a distraction — something to occupy my time when I was alone. I’ve never felt like I channel my pain directly into songs — at least, not initially. To this day, I have difficulty writing about whatever is happening in my life when I’m knee-deep in it. Whenever I try to do that, it just ends up coming out too heavy-handed, too on the nose — and ultimately not very good. I have to allow enough time to pass to remove myself from it and gain clarity on how I feel about it. But mostly, I think songwriting has helped me learn to be okay with things not always having resolutions. There are parts of my life in every song and every character, but I’m so far removed from it that it’s hardly a song about me by the time it’s finished.

I will say that there have been times in my life when I wrote songs from a place of pure desperation because I was so dissatisfied in so many other areas of my life. It was like I was writing songs as if my life was on the line, and maybe to some extent, it was. I don’t think that’s a healthy headspace to be in for too long as an artist. I feel fortunate not to be writing with that mindset anymore.

3) What was going through your mind over the five days it took you to cut the record with Ken Coomer at his Cartoon Moon Recording Studio in East Nashville?

Ken and I spent a day together doing pre-production a month before we started tracking, so I was comfortable with him. He’s easy to be around — everything is “groovy” to Ken all the time. Billy Mercer and Laur Joamets came in for the first two days to lay everything down live. Billy had played with Ryan Adams, and Laur had played with Sturgill Simpson, so I’d be lying if I said there wasn’t a part of me thinking, “who the fuck do I think I am?” The first song we tracked was called “Baltimore,” and after the first couple of takes, my mindset shifted from “boy, I hope this works” to “oh, this is gonna be something special.” As songs started to come together, I remember thinking over and over again that there was an audacity to this record.

Bonus: Other than Coomer, who else contributed to the album, and were they musicians you sought out or did they come recommended by Ken?

Right from the jump, I told Ken I wanted Laur. Laur was someone whose playing I was already really familiar with. He had played on other records Ken had produced, and I felt he was perfect for the sound I wanted. Billy Mercer was Ken’s recommendation for bass, and it was spot on. Billy’s playing is really tasteful — simple, but he always finds just the right places to announce his presence. Ken had Alberto Sewald behind the board. Alberto plays with Katy Kirby, and he was instrumental when we started layering harmonies on the vocals. Then we had Michael Webb play B-3, piano, and harmonium on a few songs.

Bonus: Do you have a favorite album or track with a Coomer credit attached?

I love that first Wilco record, A.M. Ken smacks the shit out of the drums on “I Must Be High,” and the way the snare cuts through the mix reminds me a lot of The Wallflowers’ “One Headlight,” which is one of my favorite drum tracks of all time. In 2015, I was opening a show for Sons of Bill, and they had just cut Love and Logic with Ken, and that was probably where the seed got planted to work with him. But there was a lot of stuff I was listening to in 2019 and 2020 — Arlo McKinley, for example — that I hadn’t ever realized Ken was drumming on until I started considering what I wanted this new record of mine to sound like and was digging into album credits.

4) About the album, you said, “I wanted Love Songs For Loners to feel like the three places I’ve called home: New York, Virginia, and Texas.” Do you feel you succeeded in that goal, and could you explain how?

Man, that’s a hard one to answer. Songs can feel like so many different things to so many different people. And while Texas certainly has a signature sound and feel, Virginia and New York are maybe a little harder to peg. Texas is twangy, and maybe Virginia is a little more bluegrass, and New York is folkier? I think Virginia tends to get forgotten as an important place in the origins of country music. The Carter Family was Virginia, and hell, half of Bristol is in Virginia. And when most people think of New York, they think of New York City, but most of the state is farmland, mountains, and rust belt towns — and that’s where I grew up. But anyway, I mostly wanted to toe the line between classic country, rust belt Americana, and folk, while telling stories set between New York and Virginia. I’ll let listeners decide if we hit the mark on that.

Bonus: From the Austin music community, is there a particular songwriter you have special appreciation for? I saw your post referencing Blaze Foley a while ago and wondered if he was one of “your guys.”

“Clay Pigeons” is one of those songs you’ve always recognized as great, but at a certain point in your life, it just starts to hit a little differently. After two years of not playing live much and being completely burnt out on the pressure to create content for social media constantly, the line, “I’ll start talking again when I know what to say,” perfectly encapsulated how I felt by the end of 2021.

But yeah, it’s hard to be in Austin and not have a reverence for guys like Blaze and Townes, especially when you’re cutting your teeth at a venue like Hole in the Wall, and there are all the stories about them sleeping off benders there. So many artists come through here and leave a legacy even if they’re only here for a couple of years, and it’s hard not to step foot in those venues and not be thinking about everyone who came before.

At the moment, Steve Earle is someone that I would say I’m most inspired by. And it’s mostly because I was such a fan of Justin Townes Earle but ultimately realized how much Justin was influenced by Steve. I’ve been on a deep dive of Steve Earle’s records and find my appreciation for him growing with each one. Wayne Hancock is another guy I’ve been listening to a ton lately.

5) We’re thrilled to offer the World Premiere of your newest music video, “I Know Where I’m Going Tonight.” Could you give us a rundown of the production process and who was involved in bringing this one to life? How does the video visually compliment the song, in your opinion?

Madeline Northway did some videos for Beth // James, an Americana duo in Austin that I had met. Madeline shoots on Super 8, which was something I wanted, so I started looking through her portfolio. She shoots a ton for Playboy, and I was like, “damn, okay, that’s iconic.” I reached out and sent her some songs, thinking there was no way I would have the budget to work with her. But she came back and was 100% on board to find a way to make it work with the resources I had. She’s good people.

We built the video around three minutes of Super 8 film of me around Austin in some neon lights, and at a dive I love in North Central Austin called Aristocrat. We filled out the video with some shots in a super cheap photo studio. Madeline had done some cool shadow work on a seamless backdrop before, and we drew some inspiration from that. And then Shaina — my partner and Art Director — had the idea to project some old disco footage onto the seamless while we filmed in front of it. Joshua Cobos worked his magic with lighting, and the four of us just shot everything on the fly. I didn’t want to do anything for this song that felt too narrative. I just wanted interesting shots and something that felt a little weird.

I tend to be hypercritical when I see myself on video. I told Shaina I wouldn’t watch it at all, and she would just have to approve it. Then Madeline started sending me clips, and I was like, “oh, okay, this is cool.” Except, there were a handful of shots where I was licking my lips and I had to have Madeline cut those because I am not LL Cool J and cannot get away with doing that.

Overall, I’m really proud of the work we did and hope y’all enjoy it.