Pittsburgh-based gospel/alt-R&B artist Kenny Stockard has teamed up with DittyTV to deliver a brand-new music video for his single, “Getting Out of Here.” Coming from his recently released EP, Chasing Chance, this tune was written during a time in Stockard’s life when a dead-end job was driving him to drink more than he desired.

He eventually changed his way of living and channeled that frustration into this inspirational song, and now has a music video to support it. “I wanted to make sure that the video was as authentic as the story behind the song,” says Kenny. “All of it is real and I didn’t want to dilute this message with too many “good ideas,” but rather deferred to the truth as much as we could.”

1) Talk to us about your formative years and your early inspirations. What music first made you think, “I need to be an artist,” and who were some of your mentors that helped you along the way?

So l grew up in a family full of musicians. Early on my mother, papa, sister, aunts, & uncles (my grandma does not have the gift at all and we love that about her because she is the most confident and fearless of us all) would teach me things either in informal lessons or at church. It was always gospel music with small allowances for jazz and maybe r&b. I wanted to do gospel because those were the singers who could sing anything! I remember how my papa seemed in command leading worship and I knew I wanted to follow right behind him.

My family taught me how to harmonize and how to find/create new melodies within a song and just generally encouraged me to learn more and to keep at it. It was a common occasion to sing around the house. I would have to say my mama was my first mentor. As I grew/matriculated many people came alongside me to help me with each step. Choir/Band directors, one special voice professor, Dr. Luvada Harrison and vocal coaches all helped to shape what is my sound and style.

2) In April, you released a 6-song EP titled Chase Chance. Who did you collaborate with to produce those songs, and what are some of the topics/issues you set out to address? 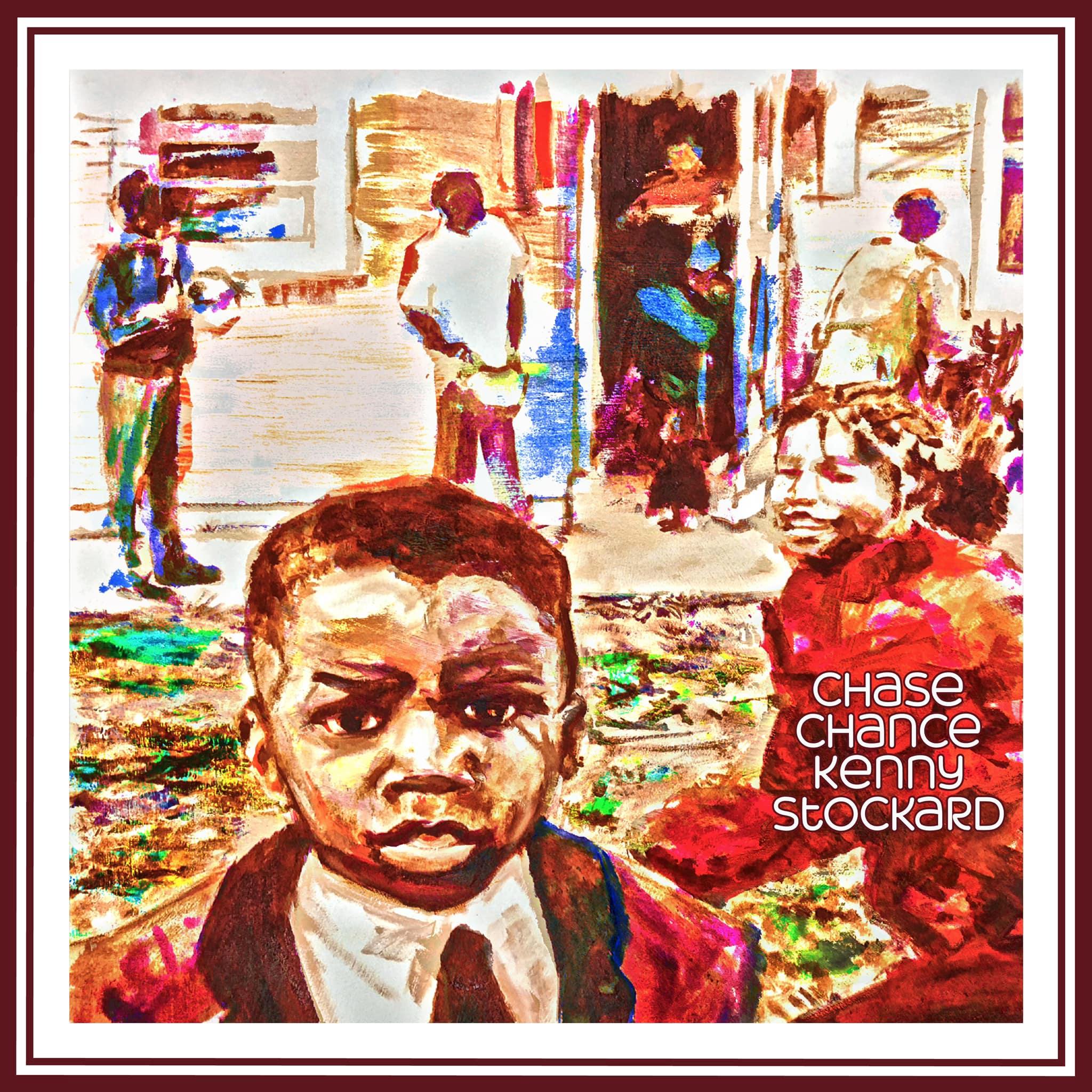 So I started writing this project in 2014 and the first song that I wrote, “Getting Out of Here,” was about my ongoing struggles with a dependency on alcohol and also working a dead end job and needing a change of pace. I wrote this at my work desk one afternoon. After a few years of just living and trying to take better care of myself and the people around me, I decided to work on releasing this project in 2019. My sister and I decided to name the album Chase Chance after my two oldest nieces, her daughters, Chase and Chance.

About 3 months later, my sister, Bernita Monique Cobbins passed away. It then became my duty to make this an appropriate tribute to her and I sought the best of everything to accomplish that from musicians, coaches, studios, videographers, engineers, etc. Everybody on this project was, in my humble opinion, the best. Each person proved that and you can hear it when you listen to Chase Chase. I think she would be proud.

3) Please share about your new music video, “Getting Out of Here.” Where and with whom did you film, and what was the vibe you set out to capture?

This video was shot by TSG, a marketing, web design, app development, graphic design, video production, photography, and audio company. Sarah Bizanovich, of TSG, shot the video after we sat and talked about it. It was very important to me to use actual places I frequent. The coffeehouse shots are at my favorite coffee shop, the bar scenes are at my favorite bar, the friends in the video are my real friends and the performance shots where I’m wearing green are actual shots from a real performance. The audience is real and they didn’t know they were being filmed until afterward haha.

I wanted to make sure that the video was as authentic as the story behind the song. All of it is real and I didn’t want to dilute this message with too many “good ideas,” but rather deferred to the truth as much as we could.

4) How would you describe Pittsburgh’s current creative community, and what excites you most about what’s happening there?

Ya know, I moved to Pittsburgh from St. Louis (hometown) in 2013 and I will say it’s emerging for sure. Hip Hop, R&B, Soul, Funk and alt R&B are growing in ways that I did not see in 2013. I’m proud of my city and I’m thankful to live here and be a part of this much bigger story of the Pittsburgh music scene. That brings me to a much-deserved SHOUTOUT to my management agency Keystone Artist Connect– Danielle Mashuda and Maddy Lafferty for advocating and lifting up underrepresented people and genres in the city. These ladies are the real deal and they challenge me to dream bigger and I just love them, I absolutely love them.

5) Imagine you were given the power to form a brand-new supergroup (of any artists, living or dead). Who would be in the group, and why?

Aretha Franklin on lead vocals, Whitney Houston on runs/fills, Stevie Wonder as bandleader/aux/supporting vocals, Ray Charles on primary keys/supporting vocals, James Brown on exclamations and choreography w/ MJ and Prince by his side. Lupita Nyong’o would just walk from one end of the stage to another alongside Michelle Obama, both looking regal because it’s important and lovely to see. The choir vocals would be run by Donald Lawrence and the Clark Sisters would be the individually mixed vocalists to do what only they do haha. I chose the people simply because they are some of the best musicians that have ever lived – and that isn’t time or era dependent.

Bonus: What have some career highlights been for you so far, and what do you still hope to achieve?

I’ve been really blessed to be in some “big rooms” including opening the stage for Brandi Carlile, Willie Nelson, and Van Morrison with The Commonheart. I’ve also done background work for Josh Groban & Shirley Murdock. In 2019 as support for JJ Grey and Mofro, The Commonheart played a sold out show at The Fillmore, San Francisco.