Kansas City-based Katy Guillen & The Drive dropped by to chat about their upcoming album Another One Gained and to premiere a new music video for their latest single, “Bottom of Your Belly,” inspired by Thelma & Louise and filmed around Kansas City in a vintage Chrysler LeBaron. We also dig into the current KC music scene, how Katy and Stephanie met, and much more.

1) Let’s dig into your upcoming album, Another One Gained, which was produced by Kevin Ratterman (My Morning Jacket, Heartless Bastards, Ray LaMontagne). Where and over how many days did you cut the album, and what was the overall experience working with Ratterman? 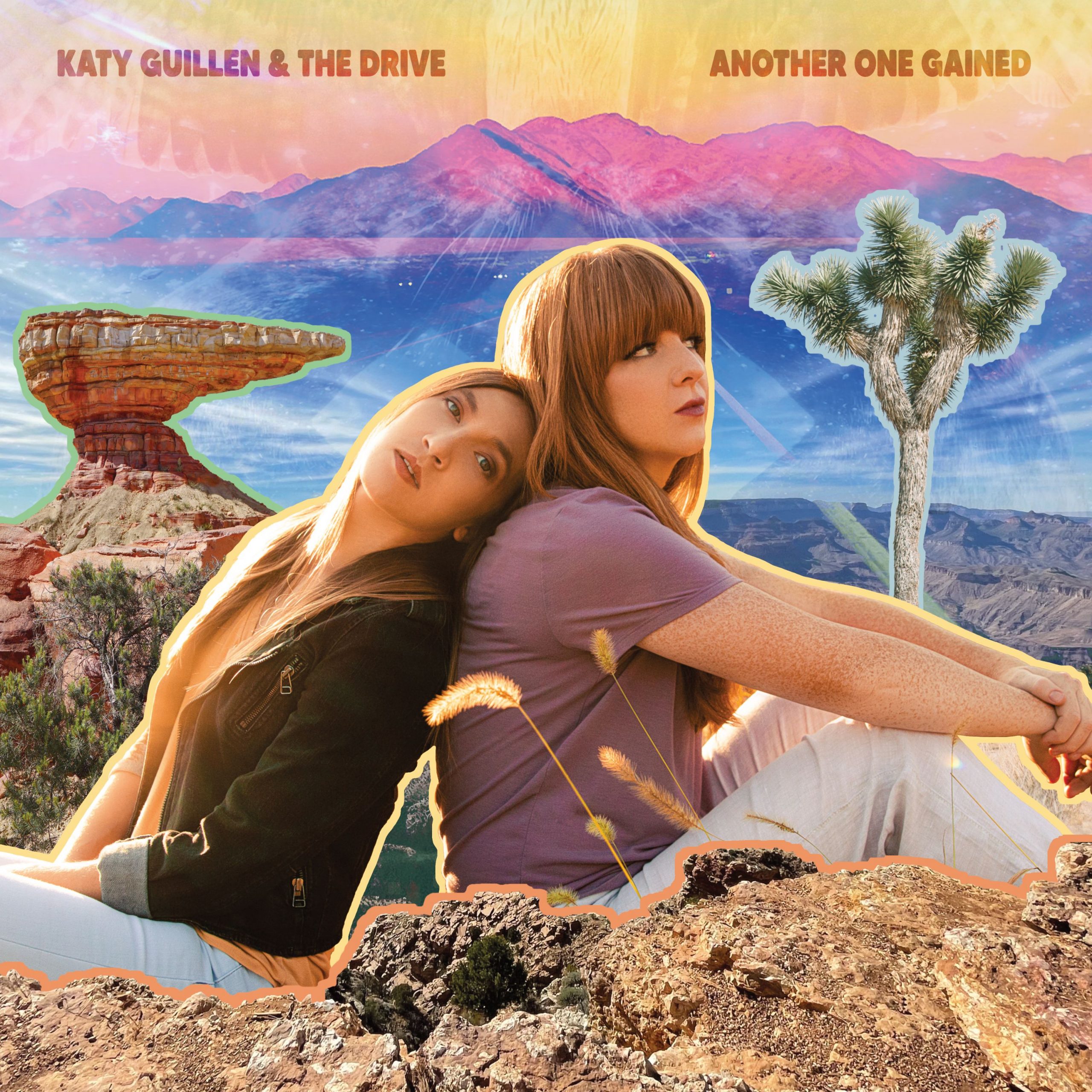 We recorded Another One Gained at Invisible Creature with Kevin in April 2021 after being connected through our good friend/mastering engineer/part-time bassist Shelley Anderson. It took us about 10 days to track 15 songs, and we were fortunate to stay at the Silver Lake studio for the recording dates, which allowed us to fully immerse ourselves in the music.

We were so excited to collaborate with Kevin because we’ve been such big fans of his work. It was an amazing experience getting his input on our songs; his style and vibe were such a perfect match for this album. He understood the sound we wanted and knew how to treat the songs and recording process in order to capture it. It was fun exploring ideas and adding in layers and textures that were new to us. Overall, it was such a positive experience, and we both feel like we made a record that represents the songs and who we are as artists.

Bonus: How would you describe the vibe of the album artwork, and who designed it?

The vibe of the artwork is meant to capture what it feels like to take a road trip out west with the vibrant colors and landscapes. There’s a sense of freedom and hopefulness that comes with driving into the sunset across the desert, especially when it’s with someone you love. The cover represents the physical journey we took to make the record and it embodies the silver lining we hope listeners pull from it.

My good friend Katelyn Jamison designed the cover using a photo that amazing Kansas City-based photographer Morgan Jones took of us. Katelyn also used a couple of photos we took on our road trip out to LA to make a collage-esque image. The combination of the photo that Morgan took of us and the elements that Katelyn arranged make a beautiful visual representation of the music.

2) As a lead-up to the full-length release, you dropped the five-song EP Battles at the end of 2021. Out of the 15 songs you had ready, what made you include the five songs you did, and is there a theme tying them together?

We spent a lot of time working on the album structure, considering the flow, mood, and themes of the songs. We felt the songs on Battles stood strongly on their own and overall seemed to have a darkness and edge that we thought would be a good segue into our next chapter.

3) How did you and Stephanie first meet, and what drew you together and inspired you to start a band?

We first met playing music in Kansas City around 2010. At the time, we were playing in different bands, and I remember thinking she was one of the most impressive and mesmerizing drummers I had ever seen. It was love at first sight. We were very instantly drawn together. I think we share the same values and goals when it comes to music, and both very much respect each other as players. Our chemistry playing together was instant and powerful, and I grew to trust Steph as my primary sounding board and collaborator. We feel so lucky to have found each other as creators and people. We love playing and working together.

4) We’re excited to share the World Premiere of your new music video, “Bottom of Your Belly.” What can you share about the making of this video and what the song means to you?

We are so happy to finally share this video and song with the world. We collaborated with our long-time friend Khitam Jabr who directed the video and put together a wonderful crew. She had a specific vision based on her interpretation of the song, which was to pay homage to a classic road trip movie and powerful female duo. The video reflects the bond that Steph and I share and showcases the fun that we have together on the road and playing music. We had such a blast filming in that great vintage LeBaron convertible and all throughout the Kansas City area. It was one of the most memorable experiences to work with such an amazing crew, and the final video is one of our all-time favorite creations.

Bonus: Do you remember what you thought the first time you watched Thelma & Louise?

Both of us remember feeling “happy sad.” The movie is an emotional rollercoaster, but the most important takeaway is the power of the relationship between Thelma and Louise. We found ourselves stunned and in tears at the end of the movie, but also touched by the connection between the two women and their strength of character.

5) As a Kansas City-based duo, how would you describe the current musical community there, and what excites you most about what’s happening?

The Kansas City music community is vibrant and diverse. There is such a variety of talent and styles in the music scene and also a sense of community across groups. With institutions like Boulevardia, Folk Alliance, Lemonade Park, Knuckleheads, and Manor Records, as well as artists like Danielle Nicole, Radkey, and The Greeting Committee, Kansas City is on the map as an epicenter of great music.

Bonus: What’s something about your band that most people don’t already know?

We tour in a few different formations, ranging from a duo with tracks up to a four piece. It all depends on tour logistics, but it’s great to have options that work for our recorded music. Steph and I are also together. We make our music the focus of what we do, but our relationship is a factor that is inevitably woven into how we play and tour together. We’re happy and proud of that fact.

Heartless Bastards’ music video for “Revolution” is amazing- what a great song!