Joining us for 5 Questions this week is Judy Blank, an easy-to-love, heart-on-her-sleeve songwriter from Utrecht in the Netherlands. Blank’s newly-released EP Saddies continues to create a buzz with the premiere of a colorful new music video for “The Magic,” a standout track from the EP produced by Roy van Rosendaal.

The video was directed by Edgar Berry and features a host of Mexican punk rockers that Judy met while traveling. “I know they look pretty tough, but they were literally the sweetest guys ever,” says Blank. “This experience was one for the books; I really hope to make more videos in other parts of the world in the future.”

1) You just toured with The Charities through California to support your new EP, Saddies. What was the experience like from a musical perspective, and what was your favorite ride at Disneyland? 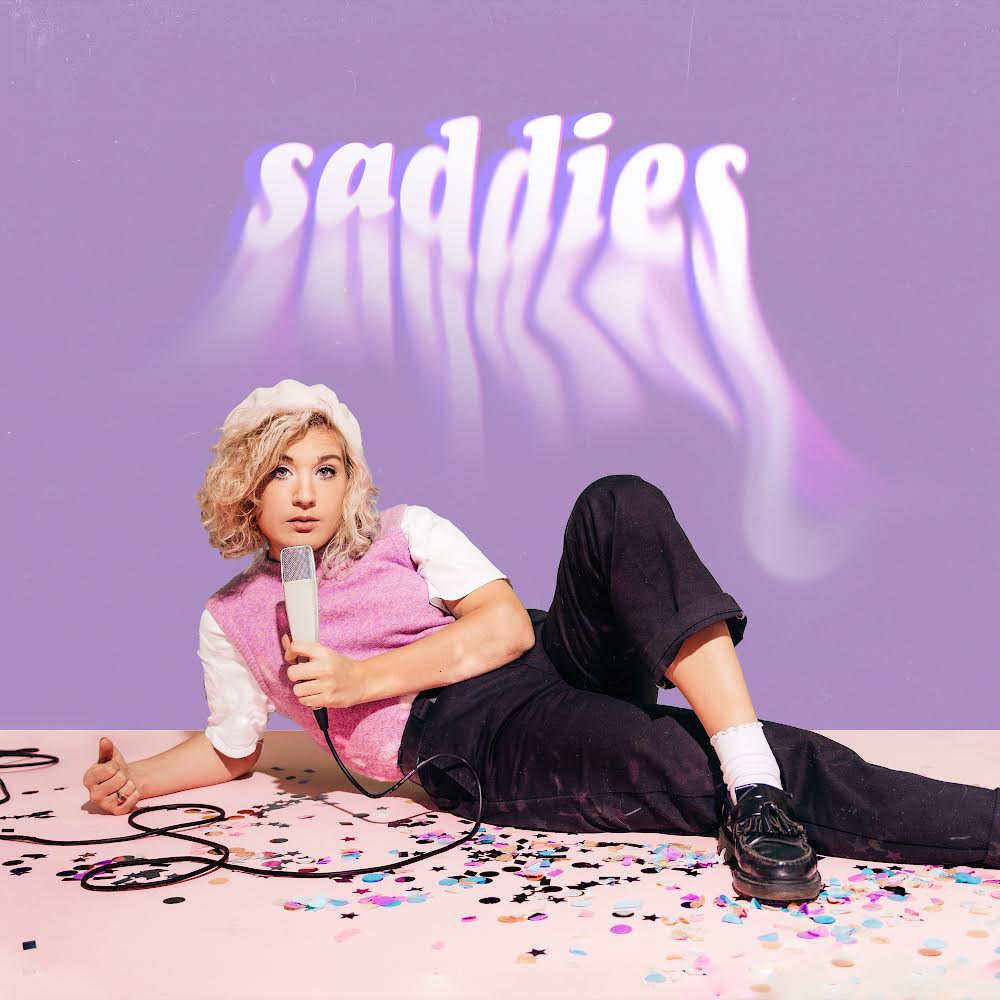 My god. It was such a blast. This run was probably my favorite ever. The Charities are friends I met playing at a festival in Mexico earlier this year. They’re a sixties-inspired soul band with a super high-energy live show – it was funny how Saddies weirdly fit in for the first half of my set. They just have themes a lot of people can relate to, and the songs all work really nice live. I would play some Saddies first, then some of my own bangers so the vibe would be set right for the Charities. I was very lucky; I brought over my producer and keyboard player Roy and had the rest of the Charities members back us. They did so great; on the last show, we even had the horn section join in on the last three songs in the set. It was so fun to see a completely new crowd react to the songs that I care about so much.

California felt like a very natural fit for me. A lot of my favorite artists from the past spent time in and got inspired by California – Gram Parsons, The Byrds, Joni Mitchell, The Beach Boys (obviously); it was so dope to be so close to the magic. We had only one day off this tour and went straight to Disneyland, a dream for as long as I can remember. And with good reason: it was the best day of my life. I always feel very connected to my inner child, and so does my producer Roy, so it was a perfect trip. I was super impressed by Star Wars: Rise of the Resistance; the details were insane, the effects were sick and it made the whole experience SO realistic. But I can’t decide between that and Indiana Jones. But maybe that’s because I drive an old Jeep myself, haha.

Bonus: Being from Utrecht, were you raised with any certain perceptions of California that now seem ridiculous, and are there any that remain true?

I grew up watching a lot of American movies with my dad as a kid. It gave me a pretty good idea of what California looked like. I remember almost being blown off the Golden Gate Bridge in San Francisco, seeing Alcatraz, and thinking: “No way! This is the SAME Alcatraz that I saw on TV with my dad years ago!” Movie culture also gave me a pretty stereotypical view of valley girls, haha. At first, I thought that was ridiculous, but I actually met a few and I couldn’t believe my ears, lol.

Bonus: Does the word “saddies” translate to Dutch, or does it remain the same?

It doesn’t! Our word for “sad” is way too long, it’s “verdrietig”. The literal translation for “saddies” would be “verdrietigjes”, and that doesn’t make any sense. But thankfully everyone understands what Saddies means.

2) I heard you’re big on Motown, and that “Tears of a Clown” sort of helped inspire Saddies. Personally, I’ve been on an extended Isley Brothers kick, so I can relate. What are some other Motown productions you’re obsessed with, and why?

I’m a mad fan of the Supremes. All that female power, their bright productions, and the danceability of some of the songs are so insane. They’re like a force of nature. The OG badasses. I look up to a lot of women that made music back then.

3) What can you share about your experiences with creative burnout, and what advice do you have for beginner musicians to help them avoid similar pitfalls?

Interestingly enough, when I don’t feel inspired or creative at all, I either need to be bored for a while or go travel and THEN be bored for a while. I can’t create something wholehearted when I’m too busy touring or working on other things. Looking back, I wrote my favorite songs in a relaxed, bored state of mind where I was actually not focusing on my career at all. I don’t work well under creative pressure, haha. I can do other work that has nothing to do with creating, but I can’t make beautiful things when my head’s too full.

I also find that journaling helps a lot. With everything, really. So yeah; easier said than done maybe, but: just chill! Focus on living, hanging out with friends, doing less non-music-related work, maybe travel to a random place and do fun things that have nothing to do with music. Like going to Disneyland. It relaxes your brain and gives you stuff to write about.

4) On the flip side, what aspects of music and the music business still excite and inspire you?

Adventure. By far. Seeing new places, making new friends, getting all excited about little things, meeting new crowds, and doing dumb things on tour. When it comes to my career as an artist, I feel a certain curiosity that is weirdly addictive. It’s the wondering where this next song is gonna take my career. Whose ears it’s gonna reach. Which new friends I will meet that will invite me out on their tours. Collaborations with artists I’ve been listening to. Exploring hidden corners of the world. Writing songs for other people and helping them say what they want to say. Feeling real connections with people you’ve never seen before. The adventurous, curious and social aspect of this career are definitely things that will always keep me going.

5) We’re glad to give viewers a first look at your brand-new music video for your song, “The Magic,” which you co-wrote with Annika Bennett. I read that you produced the video in Mexico. What’s the story there? Who was involved in the production, and what was it like working together?

I’ve spent three months of this year traveling around Mexico. That’s where I met the Charities. But they were not the only band I had the pleasure of meeting; when I was hanging out in a tiny town on the west coast in Oaxaca, I was introduced to cumbia music by an incredible band: La Cachimba. I ended up following them down to their hometown: Xalapa, Veracruz, where they all lived in a big blue house that overlooked a lake. I absolutely loved it there and got introduced to a lot of cool people, one of which was photo and film director Edgar Berry. A super cool guy, who immediately had a solid idea for the video.

We started scheming at a little “comedor” with Rodrigo, one of the band members who also happened to be a beautiful, creative soul. The three of up came up with a bunch of ideas, and Edgar solidified all of them by himself on the days we were filming. Fun fact: Rodrigo made his acting debut as the “Punk Boyfriend” in the music video. It was a lot of fun filming it on the other side of the world; my favorite part was probably the punk bar scene, where the actors were actual punks. “Rodrigo’s friends” are in a local band called Anti-Fuck 666. They were SO into it; it was hilarious. I know they look pretty tough, but they were literally the sweetest guys ever. This experience was one for the books; I really hope to make more videos in other parts of the world in the future.