Janiva Magness shares a brand-new video today for her autobiographical new single, “Strong As Steel,” a confident and positive track from her upcoming record, Hard to Kill, out this Friday, June 24, via Fathead Records.

“Persistence is omnipotent. I am far stronger than I often think I am,” declares Magness. We caught up with the award-winning artist to learn about the making of the record and the new video, which was filmed at SPACE, an intimate live music hall in Evanston, IL.

1) Who are some of the key collaborators you chose to work with to bring Hard to Kill to life, and what drew you to their creative styles for this project? 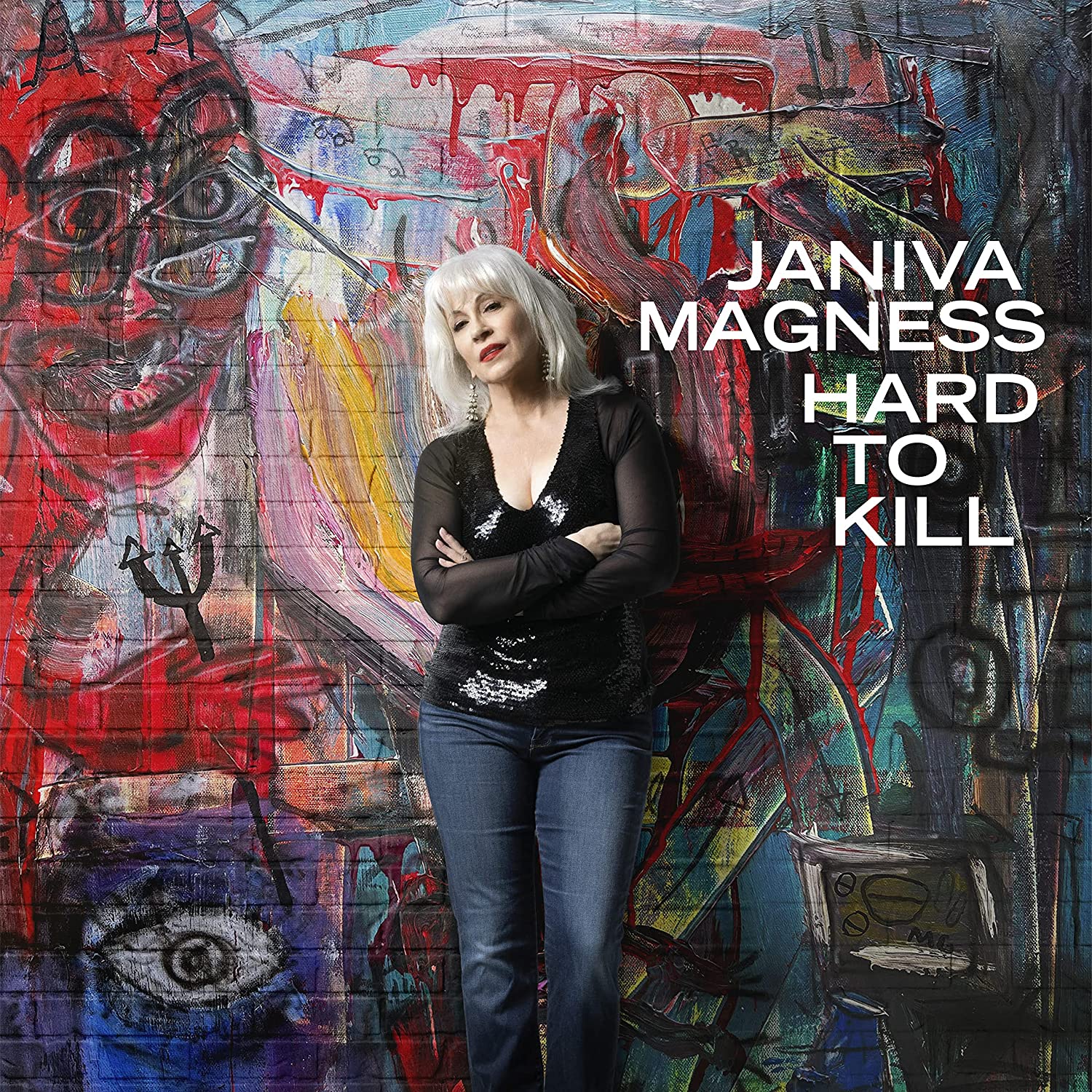 100% Dave Darling, Annie Mack, Lauren Bliss & Andrew Lowden. Obviously, I have worked with Dave extensively as a collaborator/Producer/MuseManifestation. And I also worked before with Lauren and Andrew, who are two of the most intuitive, lovely and incredibly gifted writers I have known.

We met in 2014 when working on Original, and pretty much have collaborated on every album since! Annie Mack is new to the writing queue for me and is such an incredible young artist herself. Everyone needs to know about her as far as I am concerned, so I am hoping this release will help move that needle for her, too! All badasses and huge blessings in my world!

2) How would you describe your creative kinship with Dave Darling, your longtime producer, guitarist, and friend?

Dave and I have been friends since 1988 or so – that’s a long-ass time. We met through another producer/friend who put us together to write songs. I have the most love and respect for him as a human, my friend, creative collaborator and producer. I have learned tons from him about the creative process, not just as a collaborator but also as an artist. His work ethic is impeccable and that has helped me immeasurably. We are both scrappers which is part of the bond. He is super direct and we both have a deep love for the same kind of Blues, Soul, Funk, and Americana-Songwriter stuff.

I would describe him as a huge gift from the Universe to me in this way. I think he respects me and we trust each other and I know he wants the best for me as an artist and his friend. That is priceless. I have never been able to be as creatively vulnerable with anyone else. He is my dear friend, creative foil and muse.

3) Could you talk about the link between the new album and your 2019 memoir, Weeds Like Us? How are these two works intertwined? 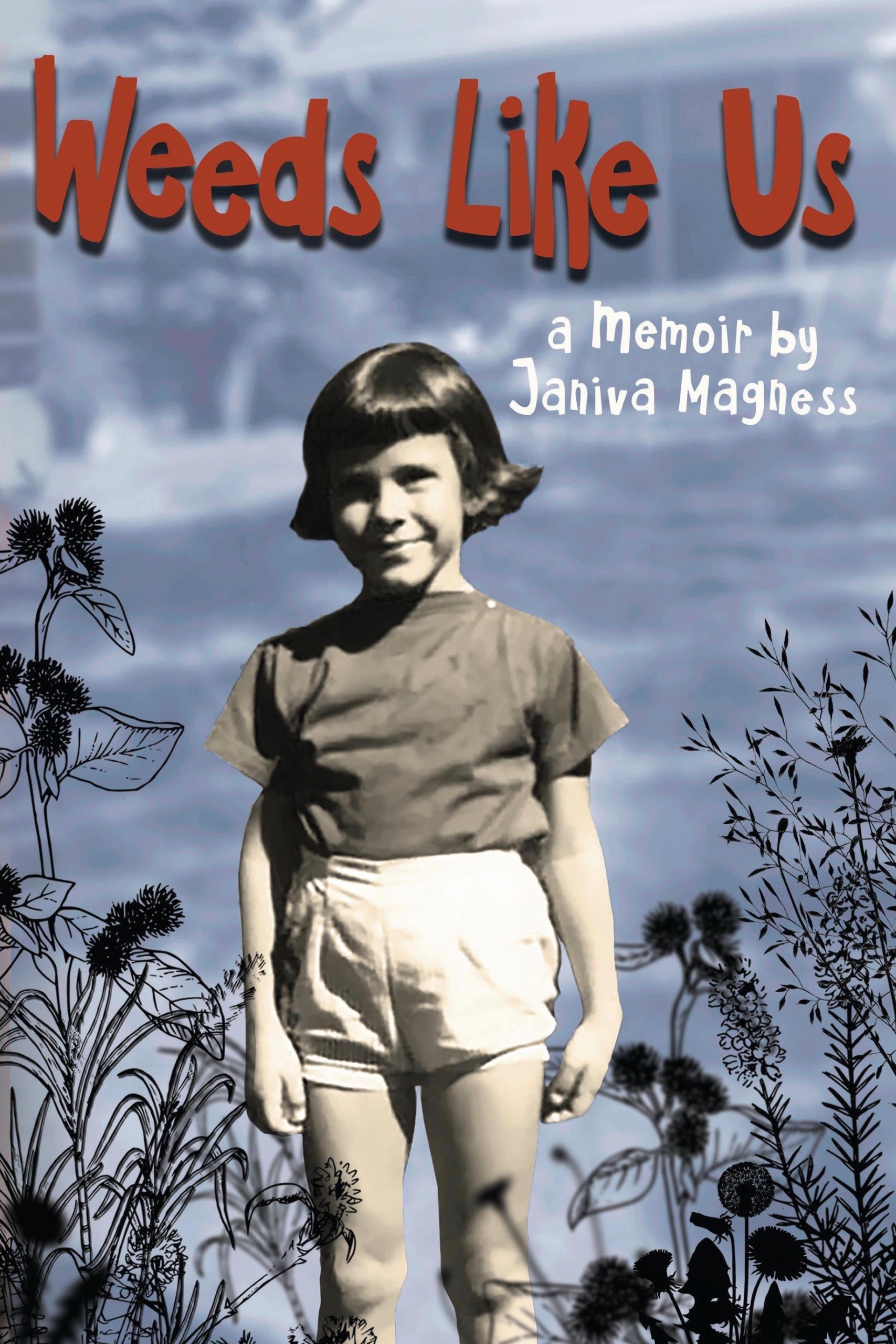 It seems this story continues to evolve – which is great as far as I am concerned. In order for you to understand how amazing my life today is – one needs to get a picture of where I came from. My memoir, Weeds Like Us, delves deeply into my early foundations in life, through that endless storm into the beautiful landscape I live in these days.

Literally four days before starting to record Hard To Kill, I finished recording the audio-book version of my memoir with audio producer-extraordinaire Matt Cartsonis. This was incredibly on point for me as a huge reminder of the things I had experienced and not only survived, but now thrive. It really helped to put my anxiety in check for the recording process moving forward. And I always have anxiety before recording, as strong of a woman as I am, I still have pockets of self-doubt and angst which of course rears its ugliness at the worst times, ha!

So what happened was my head changed radically and I could take the gloves off to make the record. This record is an extension of that kind of rage-to-survive-gloves-off-celebrate-this point of view. Where the song “Weeds Like Us” has a chorus stating “weeds like us are hard to kill”, which is the title of the memoir, now audiobook, the song “Strong As Steel” proclaims in your face “I’m bad business for the Devil cause’ I’m so hard to kill! Just like my momma’s momma I am strong as steel!” It clearly is what happens if we keep pushing, keep trying, keep moving forward through thick and thin – the scenery changes if we don’t give up. And that is a beautiful thing.

4) What did writing your memoir teach you about yourself?

That process and the end result have taught me tons. The philosophy that if we stay on the train (don’t quit) the scenery will change. Persistence is omnipotent. I am far stronger than I often think I am. Speaking our truth is critical, but timing is everything. It can be so good to be wrong. Great tragedy can become a great asset in life, perspective and creativity. And I was reminded that the truth will set you free.

5) We’re honored to host the World Premiere of your latest music video release, “Strong as Steel,” the source of your new album’s title. Could you tell us about the making of this video and the inspiration behind it?

Thank you DittyTV!!! Yes! Everything has been moving at breakneck speed for this project and all that comes with it. Touring is back on and so that also accelerates everything. I knew we needed a concept video for the album and “Strong As Steel” has so much great imagery, and it’s a true story!

We had an opportunity to film a performance at Space in Evanston, IL – a gorgeous intimate venue, so my photographer Akash Wadhwani brought Blain Smith and Jeff Tapp – a small crew – and shot a ton of pix and footage. Then John Andosca who does all of McCartney’s video work and more stepped up and took the live footage and put it together to tell the song’s story in video and I am super happy with it. So it was a creative team effort for sure.

Bonus: What’s something that’s been weighing on your mind that you think people need to hear?

Right now it weighs heavy on my mind that truly Indie artists, like myself, are deeply committed to keeping the music going and out to the people, the fans and supporters. My hope is that folks will make the effort to get out to the shows when we are on the road coming to you! Please don’t wait “till next time…”. We may not get the chance again, which I think we know by now so… Carpe diem babies! And I can’t wait to see your beautiful faces!

Bonus: Is there a song that’s been stuck in your head recently, and do you have any theories on why you can’t shake it?

Hahahaha – Yes! Pretty much all the songs on Hard To Kill! We’ve been in rehearsals and live performances, the band is smashing it and so those songs are in loop between my ears. Not a lot of room for anything else at the moment.