Ahead of The Infamous Stringdusters’ appearance at Grind City Fest in Memphis later this month, we caught up with band member Travis Book to learn about the making of the acclaimed bluegrass group’s latest studio album, Toward the Fray. Plus, we’re offering the World Premiere of the Stringdusters’ heartwarming new music video, “I’m Not Alone.”

1) What’s something new you guys tried in the studio for Toward the Fray that you hadn’t on any previous recordings? 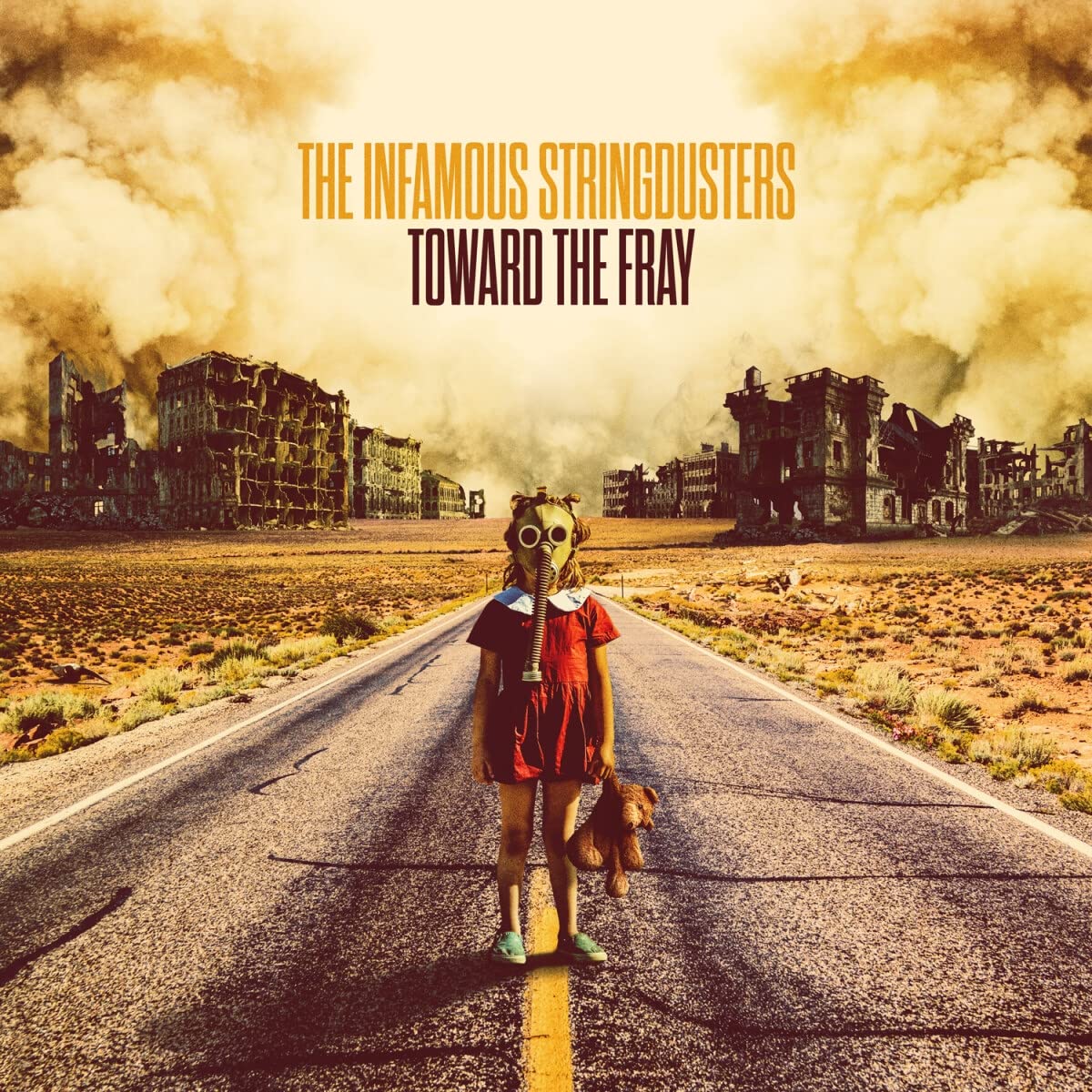 We didn’t have a lot of time prior to the sessions to over-analyze the arrangements and the way we treated the songs, so we came into the sessions for TTF with some space for spontaneity and on-the-spot revisions and writing, which was both exciting and refreshing.

We’d also been playing very little, just on our own (it was early pandemic), so there was an urgency in everyone’s playing, a presence and gratitude that we maybe hadn’t had in prior sessions.

2) What are you most proud of relating to the new album, and what did putting this new song collection together teach you in the process?

I’m most proud of our collective honesty and vulnerability; we were all having to take a hard look at our role in the social fabric of our culture and asking ourselves hard questions about what was important, how to live, what we could offer the word… and we ultimately still have more questions than answers… but we’re learning every day how to be more compassionate with others and ourselves and learning that we can hold things dear but also loosely; accept the things we cannot change but work on those things we can.

3) Today, DittyTV has the pleasure of premiering your newest music video, “I’m Not Alone.” You shot this one in Asheville, NC, right? What can you tell us about the inspiration behind the song and the making of the video?

Technically we shot it in Brevard, NC, where I live and play every Tuesday (at 185 King St). We used my ‘79 F250 and filmed in DuPont State Forest at my favorite swimming hole, at my home, and on the roads outside town where I ride my bike. My best friend, Thomas Webb, is a filmmaker and he took some ideas I had about a narrative and applied himself to create a script that told a story about a man who was trying to understand his place in it all; reconcile his past with his present.

The song itself is kinda made up of three parts; the verse is self-inquiry, the pre-chorus is about how changing the facade doesn’t change the bones, the outside may appear one way but until you scrape off all the layers, you’re just applying paint and paint fades. The chorus is the narrator asking, then manifesting, then reassuring himself that he’s not alone. At least that’s how I see it, but it means something different to everyone who hears it.

4) Mind sharing a bit about your label Americana Vibes and what inspired this new endeavor, as well as about The Travis Book Happy Hour and what’s cooking there?

We’ve worked with a lot of labels and wanted to maintain control and ownership of our music while also helping music we believe in come into form and get marketed. It’s a great opportunity for us to cultivate a sound and a scene and try to create something larger than ourselves.

The Travis Book Happy Hour started during the pandemic as a way to make music and livestream a unique show format when people couldn’t get out. It’s a little like a radio show, like eTown or Late Night talk show… I’m acutely interested in Matters of Being or questions about why we do what we do, what the point is of our incarnation… I don’t have beliefs and could care less about what happens when I die, but I find it very interesting digging into how to live at peace and how to orient oneself so that I can be productive and happy and peaceful. The guest and I collaborate musically as well, which is what sets my show apart. I don’t host bands, just individuals, and we build an ensemble around them. It’s an absolutely unique situation when we take the stage. From the music to the interview, I endeavor to create a show that is like nothing that’s been done before.

Festivals! Seeing bands I love! Playing music with a different group of people every Tuesday at 185 King St (casual collaborations) and bringing new skills and fresh energy to every Stringdusters show. I’m looking forward to Strings and Sol in December and recording a new record next year with the band. I’m thrilled by the growth that the music scene is experiencing and I really hope we can all continue to love and find common ground; this life is too precious to fuss and fight!

Bonus: Any bluegrass artists on the rise that you feel more people need to be aware of, and could you highlight why you enjoy their music?

Lindsay Lou is not bluegrass strictly, but she’s an incredible person, a beautiful soul, and one of the baddest singers I know of. I hope she can reach more people because her music really really matters.

Bonus: We’ll see you in August at Grind City Fest in Memphis, TN. Has it been a while since you last played Memphis, or will this be your first time?

I think I’ve played Memphis once! Which is pretty messed up. I hope I get some time to listen and eat and soak in the spirit of Memphis; I can learn a lot from that city and the past and present of the music scene there. I wonder if maybe Justin Timberlake wants to come sit-in?