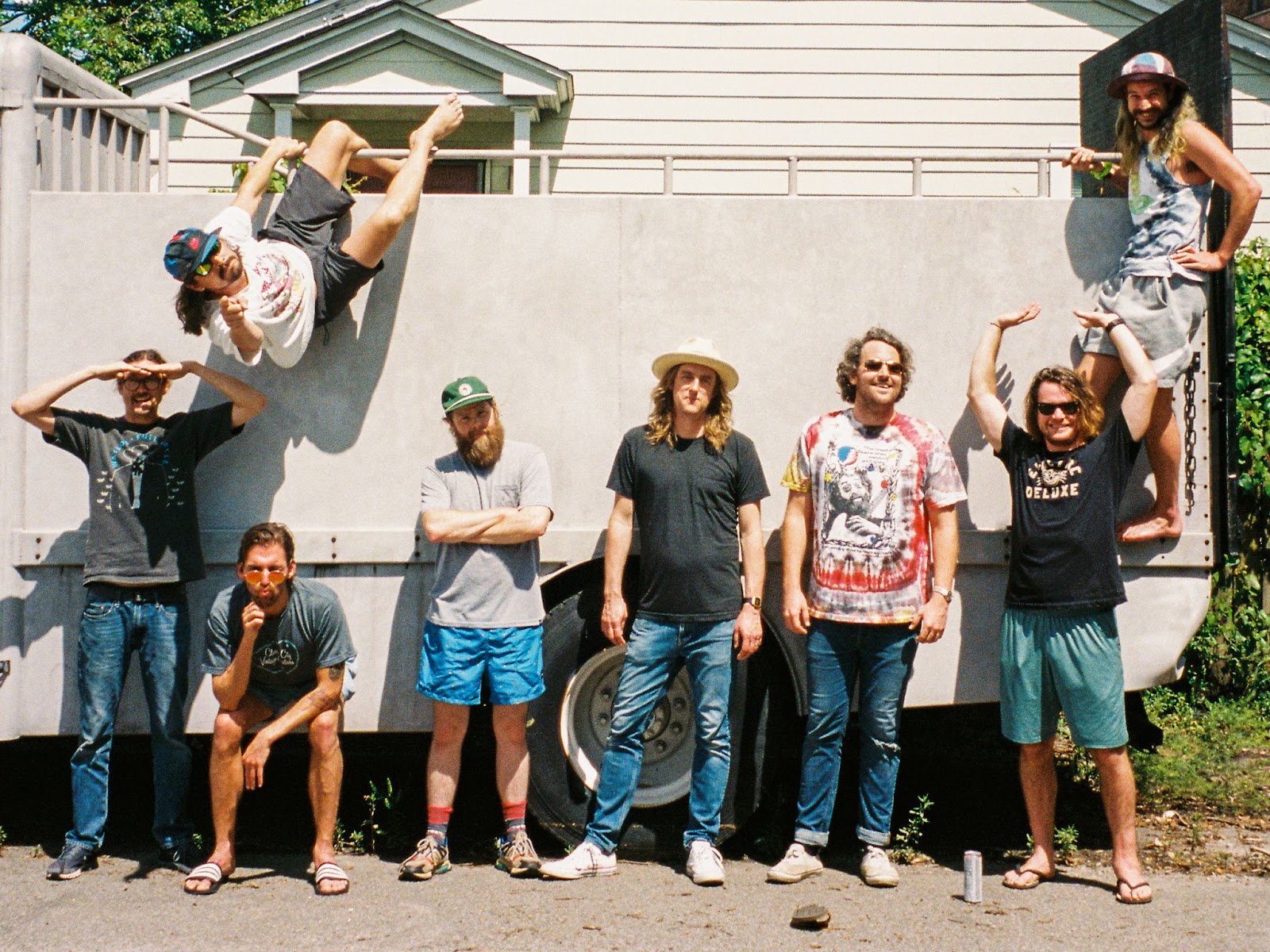 From Futurebirds & Carl Broemel’s upcoming EP Bloomin’ Too (available this Friday), DittyTV is excited to bring you the World Premiere of “St. Teresa,” an ode to the apocalypse that tells the story of a wealthy woman from Florida whose dog convinces her to steal a boat.

We caught up with Futurebirds in 5 Questions to learn about the new EP, what it’s been like collaborating with Broemel, touring with CAAMP, and how John Prine’s advice on TV holds strong.

5 Questions with Futurebirds by Sam Shansky

1) You spent July and August on the road touring Montana, Wyoming, and parts of the Midwest, sharing a few shows with CAAMP along the way. What were some of your favorite parts of that run, and how did you and the guys in CAAMP first connect?

This whole summer has been unreal. We’ve been playing in some of the most beautiful places for amazing folks. It’s hard to pick favorites! Our couple stints this summer in Montana are up there for sure though. In Missoula, while opening for CAAMP, we took a drift boat fly fishing 10 miles down the Big Blackfoot River and were dropped off behind the stage for soundcheck. That might be hard to ever beat…

CAAMP originally asked us to come open some shows in late 2019. Apparently, on a day they had off tour in Seattle the year before, they were looking for something to do and randomly enough ended up at a show we were playing. Lucky us! Playing shows with those dudes is a total dream. Awesome guys, awesome band, and they have awesome fans to play for.

Bonus: How do you feel about your upcoming (sold out) shows with CAAMP at Red Rocks in October? 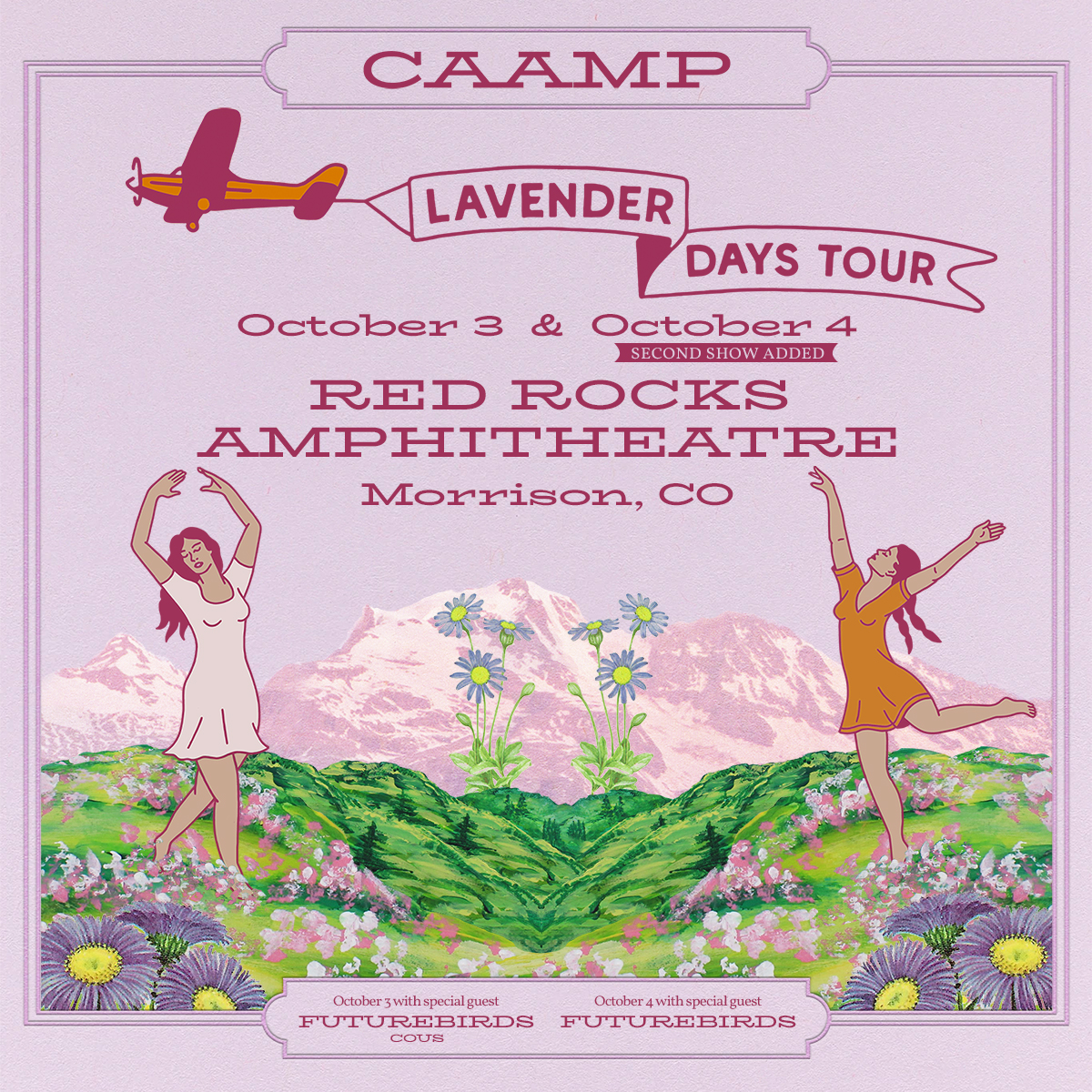 I mean, it’s the pinnacle for us to play there. A total bucket list item for any band. We’d rather play Red Rocks than Madison Square Garden (but we’re also down to do that too, for the record…).

I remember driving through the lot in middle school – we were on a family road trip and dropping my oldest sister off for what I think was a Phil Lesh and Friends show. The Lot was BUSTLING with energy. I was totally hooked. We’ve had the chance to see some awesome shows there through the years, but to get to actually play there for a sold out crowd is next level.

“Going to the Country” or “Peach Fuzz” are total jams and super fun to see live.

2) And you’re about to hit the road again later this week in support of Bloomin’ Too, your new EP with Carl Broemel (My Morning Jacket), set to release this Friday via No Coincidence Records. What can you tell us about the writing and production of these songs and how they differ from previous releases? 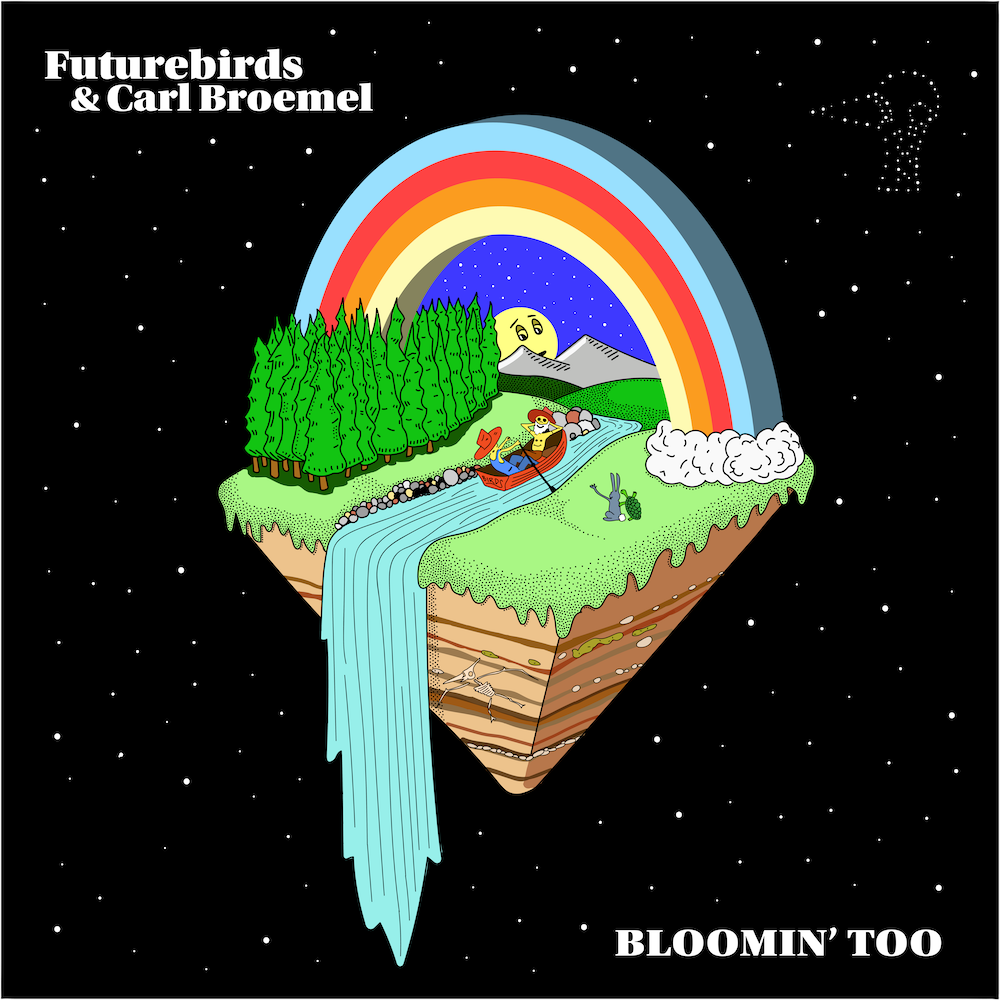 Recording with Carl is such a great experience. He’s been a long-standing hero of ours before we were even a band, so to work with him so closely on these songs has been surreal. We’ve gotten to see firsthand how truly talented and perceptive he is as a musician and as a mentor as well. He didn’t just say, “OK kids, pay attention. This is how you make a record!” He took the time to really understand the band and then provide a setting in which the best parts of what we do could really thrive, and I think that guidance totally shows.

We’ve been a very insulated operation for many years, and while we’ve worked with plenty of great and talented outside folks, we are very wary of giving too much credence to voices beyond our own or stray too far from the path we already know we are on. Working with Carl freed us from that a bit because we all look up to him so much. “Carl likes it? Cool, what’s next?” It made the whole process seem much lighter and upbeat.

Bonus: What’s your favorite My Morning Jacket or Carl Broemel album, and why?

We got to really dive a bit into the Carl repertoire when we played as his backing band for a few shows this past May. Learning “Sleepy Lagoon” was such a blast. I think that’s my favorite Carl jam, but dang there are some great ones. Also, when he RIPS the saxophone at the end of a monstrous “Dondante” with MMJ? Say bye bye to your face…

3) What themes or concerns are you addressing on this EP, and what are your hopes for what listeners will take away after listening?

We could go deep down the rabbit hole on this one, and you’d have to talk to all 4 of the songwriters for this record to fully get there, but ultimately, I think that’s for listeners to dig in and decide for themselves. I just hope it’s stimulating enough to start over from the top after a first spin!

4) What are some changes you’d like to see in the world, and how would you encourage folks to get involved or show support?

As a traveling band, we get to see so many different nooks and crannies of the country, and people are just so intrinsically kind on a person-to-person level. It would be nice if that showed itself more regularly on a grander scale, but you turn on a TV and every news channel sounds like Pro Wrestling, except the outcome has very real effects. So maybe the best way to get involved is to first (in the words of John Prine) “Blow up your TV,” and then get involved with helping the communities and issues nearest to you, on a personal level. Start small and go out from there. 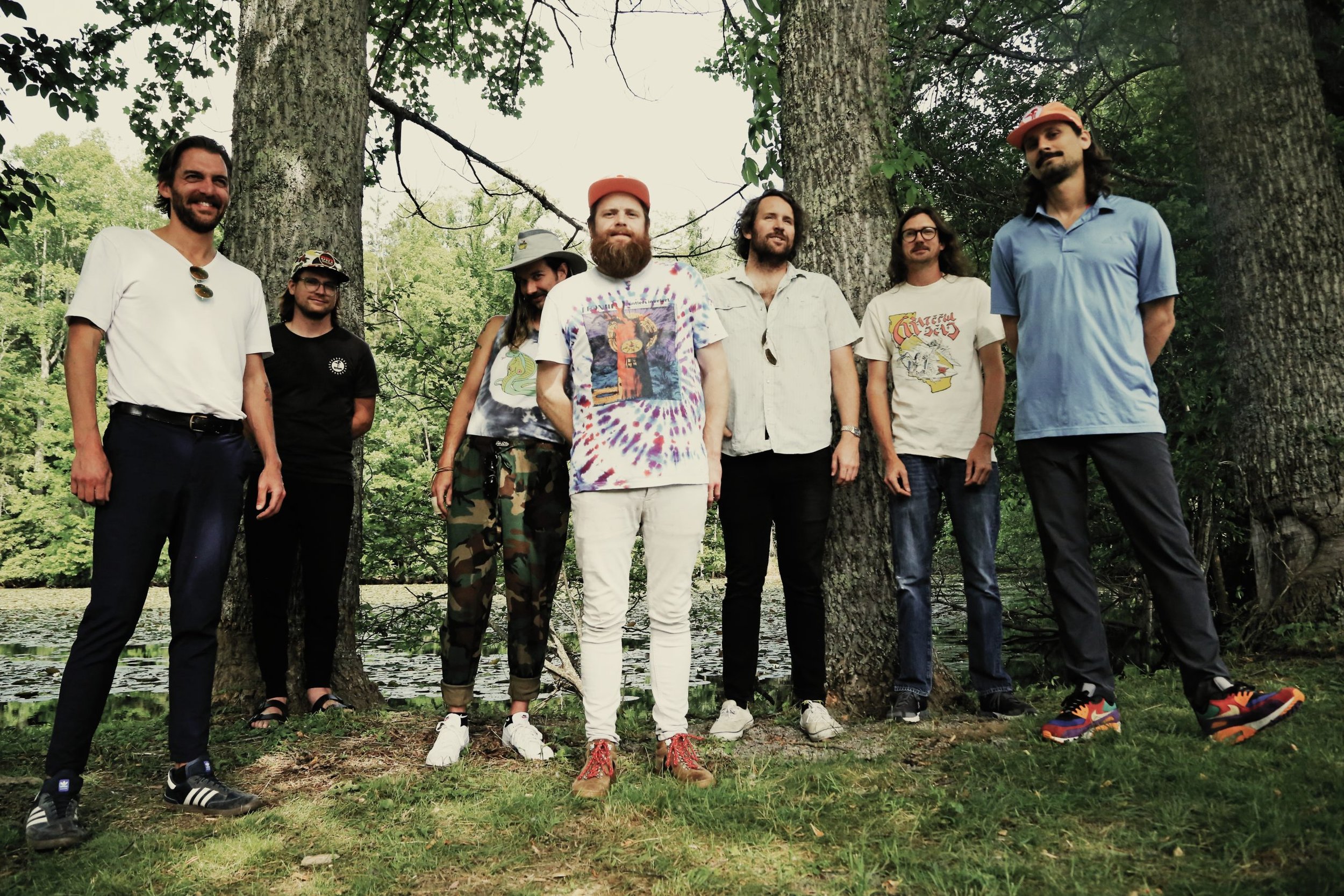 5) Ahead of the official EP release, we’re honored to offer the World Premiere of your new song, “St. Teresa.” Could you share about the inspiration behind this song and what the vibe in the studio was while cutting it?

This song was inspired by some time I was lucky enough to spend during the Pandemic down in St. Teresa, Florida. It’s a really beautiful, serene, peaceful place filled with some total characters that seemed like they were just born to be in a song. On the flip side to that beauty and calm, as everyone everywhere felt, there was a total layer of anxiety hovering in the air above everything. It was like a constant chatter in your head. From that strange dichotomy emerged this story of an older rich Florida lady who starts talking to her small dog… the dog then proceeds to convince her to steal a boat and start living on the edge because, why not? If the world is ending, let’s at least have some fun…

Bonus: We’ll see you at the end of the month at Mempho Music Fest in Memphis, TN. Has it been a while since you last played Memphis, or will this be your first time?

We’ve played Memphis before, but it’s been many years. Memphis is a great town with so much rich history. Can’t wait to get back and eat some BBQ! See y’all there!!