“On That Was You and Me,” says Fortunate Ones founding member Andrew James O’Brien, “we wanted to get back to what makes our work special – two of us, singing together unadorned and unencumbered.”

To pair with the premiere of a new video to support the album’s title track, we caught up with the Canadian act to learn about the new record and what vibe the duo sought to create. “We wrote unflinchingly personal songs and with producer Joshua Van Tassel, made the conscious decision to give the songs space, the lyrics room to breathe and be, and our voices to be the focal point of each song.”

5 Questions with Fortunate Ones by Sam Shansky

1) Talk to us about your new album, That Was You and Me. Where and with whom did you track these tunes, and what’s been the best part of sharing them with fans?

That Was You and Me was recorded in Toronto, Canada in October 2020 at Dream Date Studio with producer, engineer and multi-instrumentalist Joshua Van Tassel. Sharing this new work with fans and seeing how the music is resonating with them has been a wonderful experience. This record was incredibly personal and meaningful for us and to see people finding themselves in it is quite profound.

Bonus: Who are some of your favorite harmony singers, and why?

The harmony that these artists create is so beguiling because they possess a deep understanding of what it is to sing in an ensemble – no one part is greater than the sum. They are skilled listeners and effortless emoters. Each of these singers also has a deeply unique tone and quality of voice which serves to enhance the compelling nature of their harmonic blend in their respective groups.

Bonus: How did you two meet, and do you remember the first musical bond you shared?

Andrew: We met in Corner Brook, Newfoundland in August 2009 at an outdoor music and arts festival. Catherine was singing covers with her brothers on the back of a big flat-bed truck on the United Church lawn (kinda sounds like when Paul met John! haha). She was singing “Valerie” by Amy Winehouse and I remember being struck by how beautiful and unique her voice was – smokey with a dark and compelling wooliness that sounded singular to me. I stuck around to introduce myself and thank her for the songs. That was it. It wasn’t a particularly meaningful intro at the time.

Later that fall I was rehearsing a set of songs with Catherine’s brother Mark for a show the following night and Catherine and I were reintroduced. During a break in the practice, Catherine and her brother started singing together and I was reminded of how great she sang. I told Cath that if she could learn my set she wouldn’t have to pay cover to get into the show. She learned all the songs in one night and we’ve been singing together ever since.

2) What’s happening in the Folk and Americana scenes in your neck of the woods that excites you?

Locally there are so many fantastic folk singers and musicians that it kind of boggles the mind. The tradition runs deep in Newfoundland. There’s a fantastic duo called Rube and Rake (Josh Sandu and Andrew Laite) who could be likened to The Milk Carton Kids or Gillian Welch and David Rawlings. Josh has a deep baritone voice and a knack for writing wonderful true-to-life heartbreak songs about loss, searching, navigating life’s difficulties. He is a strong rhythm guitar player and a fantastic clawhammer banjo player. Andrew is an effortless harmony singer and nimble lead guitar player whose playing is lyrical and the perfect foil for Josh’s songs.

Another amazing group locally is The Kubasonics. They’re a 5-piece Ukrainian speed folk band with the energy and momentum of a freight train. Hammered dulcimer, accordion, violin, electric guitar, bass and drums make up the instrumentation and the show is an absolute spectacle. The band dresses in traditional Ukrainian clothing and are completely enthralling in their spirited and passionate performances. The show is dynamic, humorous, musically brilliant and undeniably memorable.

Bonus: Say someone was coming to St. John’s for a weekend – where would you recommend they visit, and why?

Ohhhh. Tough to be brief with this one! Wake up EARLY to catch the sunrise at Cabot Tower on Signal Hill *we can in no way guarantee that the sun will actually appear*. After sunup head to Toslow for a coffee and the best baked goods on planet earth. While you’re having your taste buds titillated, take a stroll through the colourful row houses of downtown St. John’s – once a lawless frontier inhabited by drinkers and brawlers, it is now a charming seaside photo waiting to happen.

For brunch, pop down to Mallard Cottage in the historic Quidi Vidi (pronounced Kiddie Viddie) Gut. The Cottage is 200 years old and Chef Todd Perrin and his crew serve up amazing Newfoundland comfort food – cod cakes, baked beans, moose sausage, savoury biscuits with fresh cream and partridge berry jam, and so much more. Leave Mallard and head on to the Sugarloaf Trail where you’ll be gifted stunning coastal views and an opportunity to burn off your brunch.

For dinner head to The Merchant Tavern for some oysters and handmade pasta before heading out to hear some music. Open your ears as you walk downtown. You’ll be bound to find a genre that suits your taste whether it be traditional Newfoundland music at Broderick’s Pub, singer-songwriter at The Ship, indie rock at The Rock House, a blues jam at The Black Sheep or Bluegrass at The Newfoundland Embassy, there’s something for everyone in the Old City.

3) What are some significant differences between your new album and your previous record, Hold Fast? 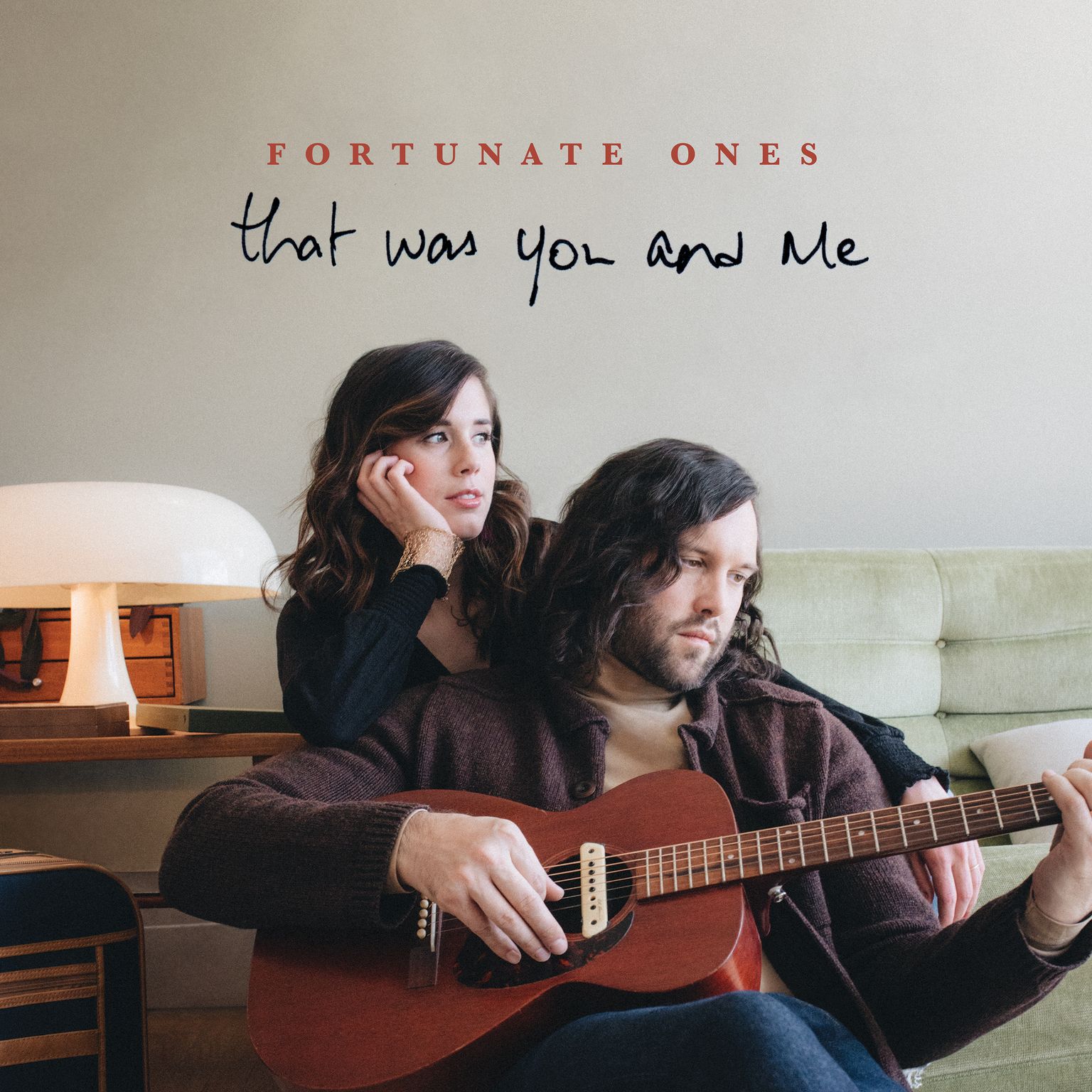 On Hold Fast we wanted to stretch our sound, make it bigger with a more fleshed out, band-oriented instrumentation with the aim of making the songs grander and more cinematic. Our first record established us as a duo and was generally sparse musically so we were keen to try something different the second time around. Hold Fast also featured several co-writes with Alan Doyle (Great Big Sea), Tim Baker (Hey Rosetta!) and Meg Warren (Repartee).

On That Was You and Me we wanted to get back to what makes our work special – two of us, singing together unadorned and unencumbered. We wrote unflinchingly personal songs and with producer Joshua Van Tassel, made the conscious decision to give the songs space, the lyrics room to breathe and be, and our voices to be the focal point of each song. There is a vulnerability and exposed beauty that we achieved as a result. There is a quiet self-assurance and confidence in this new music because it is so intrinsically us. It is not a perfect piece of work but it is undeniably who we are as creators and performers.

4) Could you share with us about the surgery Andrew had on his hand and how it eventually led to one of the standout tunes from the new record, “Day to Day?” How was that time for you, being unable to make music the way you wanted to?

Andrew: In the spring of 2019 I fell and assumed I had broken my finger. X-rays ultimately revealed that most of my left middle finger bone beneath the nail had been eaten away by a benign tumour. I had surgery that summer and was unable to play guitar for almost two months and during that time I took a job at The Inn by Mallard Cottage working at the reception desk. At that point we had been touring consistently for five years, were in the middle of parting ways with our longtime manager and I was completely burnt out and feeling aimless in our career. I hadn’t written any songs since 2017 and had absolutely no creative desire. The job at The Inn was a needed distraction. Focusing on tasks I could track in real time, leaving work at the end of the day and not being the owner of the business was a welcome relief. For a long time I rarely thought about music at all.

I stayed on at Mallard through the fall and slowly began to feel the urge to write and play again. I started bringing my guitar to work, playing quietly at the front desk in the early morning while guests slept in their rooms above me. I was finding peace with a new routine away from music and was realizing that I didn’t need to run myself down to be happy in my life. “Day to Day” was written in the time it took to fry a couple eggs in the predawn dark of a quiet February morning. It came to me fully formed as though it had been waiting for me to find it. It was my job to create the space in my life necessary for the transmission. It is a meditation on finding contentment in the mundane, grounding in routine and making genuine peace with the softening of ego – I was content with going to work every morning, serving something beyond myself. This departure from our music career was the catalyst for falling back in love with it.

5) We’re happy to share a new and unpublished video of your beautiful title track today. What went into the making of this video, and what can you tell us about the song that hasn’t been shared before now?

Unbeknownst to us the pandemic would provide the cornerstone of That Was You and Me, its tone, its meanings and its visual representations. For many years we’ve played an annual concert at the English Harbour Arts Centre in Newfoundland, a 300-year-old fishing village tucked into a natural, sloping valley on the shores of Trinity Bay. It has become a sacred place for us. A place where we can disappear, reconnect and unwind. In June 2020, as a result of Covid restrictions, friends who own a 130-year-old saltbox summer home invited us to house-sit for the summer and fall. The isolation and serene stillness of the harbour and, specifically, that house have provided the catalyst and inspiration for the new record.

English Harbour became a crucial character in the narrative of this new album. The album takes its name from the song of the same title and reflects the idea of slowing down, looking back over the years and letting go. A process that was allowed for by time spent in that old clapboard house on a hill by the sea. When the dust settled we realized that when everything else had been taken away, we were what remained. No matter what happens we have each other.