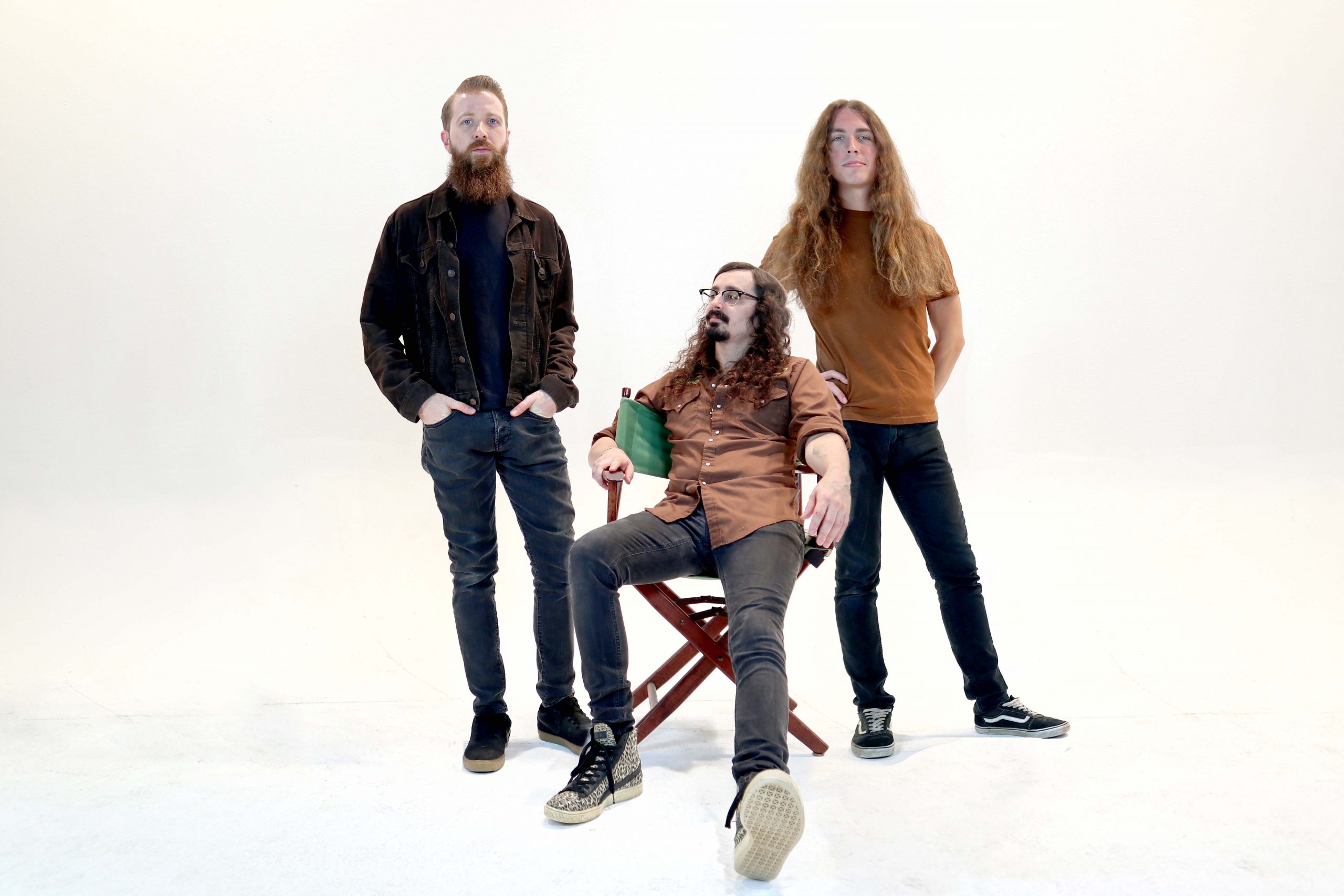 If the world has you beaten down, Dirty Streets has just what you need. The Memphis-based trio’s latest music video release, “Alright,” kicks some serious butt, and DittyTV has the World Premiere ready to roll.

Showcasing the dynamic film work of director Waheed AlQawasmi, while delivering the first taste of what’s to come from their just-announced LP for Blue Élan Records, Who’s Gonna Love You, this is Dirty Streets doing what it does best: fighting for that groove that lifts your spirits. Catch up with lead singer/guitarist Justin Toland below to learn more. 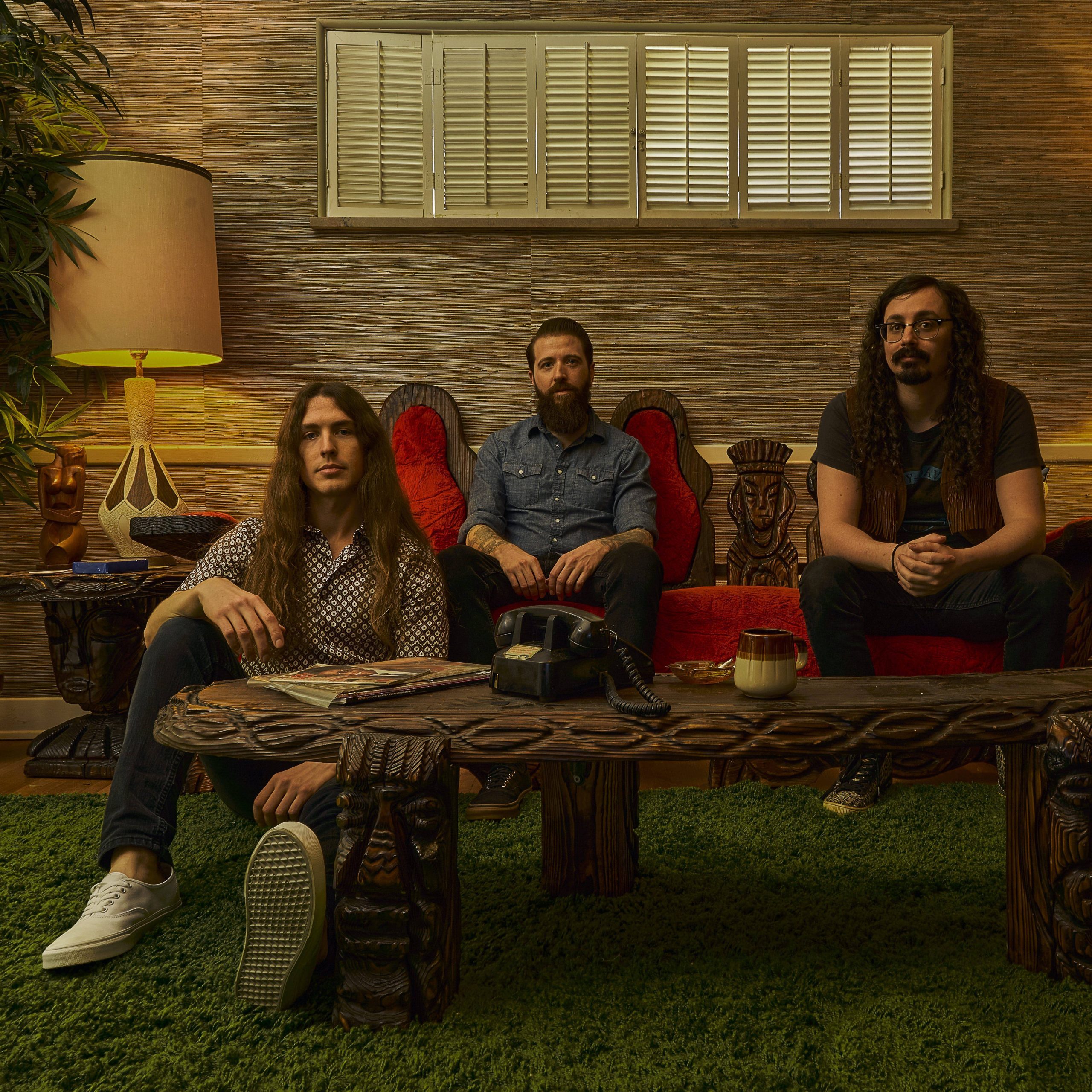 1) Your new album Who’s Gonna Love You – produced by Matt Ross-Spang – is set to release on September 29 of this year. What themes are you exploring lyrically with this record, and did you track it at Matt’s Southern Grooves studio in Crosstown Concourse or Sam Phillips Recording? What were those sessions like for you guys?

We tracked the record at Sam Phillips. The process was really great in a lot of ways. Working with Matt was good because he had a way of getting great takes out of us without being heavy handed. He always had a good direction for songs that, until that point, had sort of been blowing around in the wind. The whole process was 8 days, but by the end, it seemed like a journey in itself.

Bonus: Do you have a favorite record or song recorded at Sam Phillips?

You know, that’s an interesting question because, to my knowledge, unlike other recording studios it’s hard to find record of the songs that were recorded there. I was shown a master list of all artists that had tracked and it was mind-blowing, but not the songs they had done. I think that adds to the charm of the studio. No bragging going inside the building, just working.

2) You just signed with Blue Élan Records. Congrats! How does that feel, and what sparked that move?

We had been talking to a few people during the last year or so about putting our next record out, and it was hard to find someone that really shared the vision we had for the album. Our management was acquainted with the label and after a few talks with them, I really loved the team and their enthusiasm. I got the feeling we could do great things with them.

3) What does being a musician/band from Memphis mean to you, and do you find Memphis to be a key talking point when engaging with people on the road? 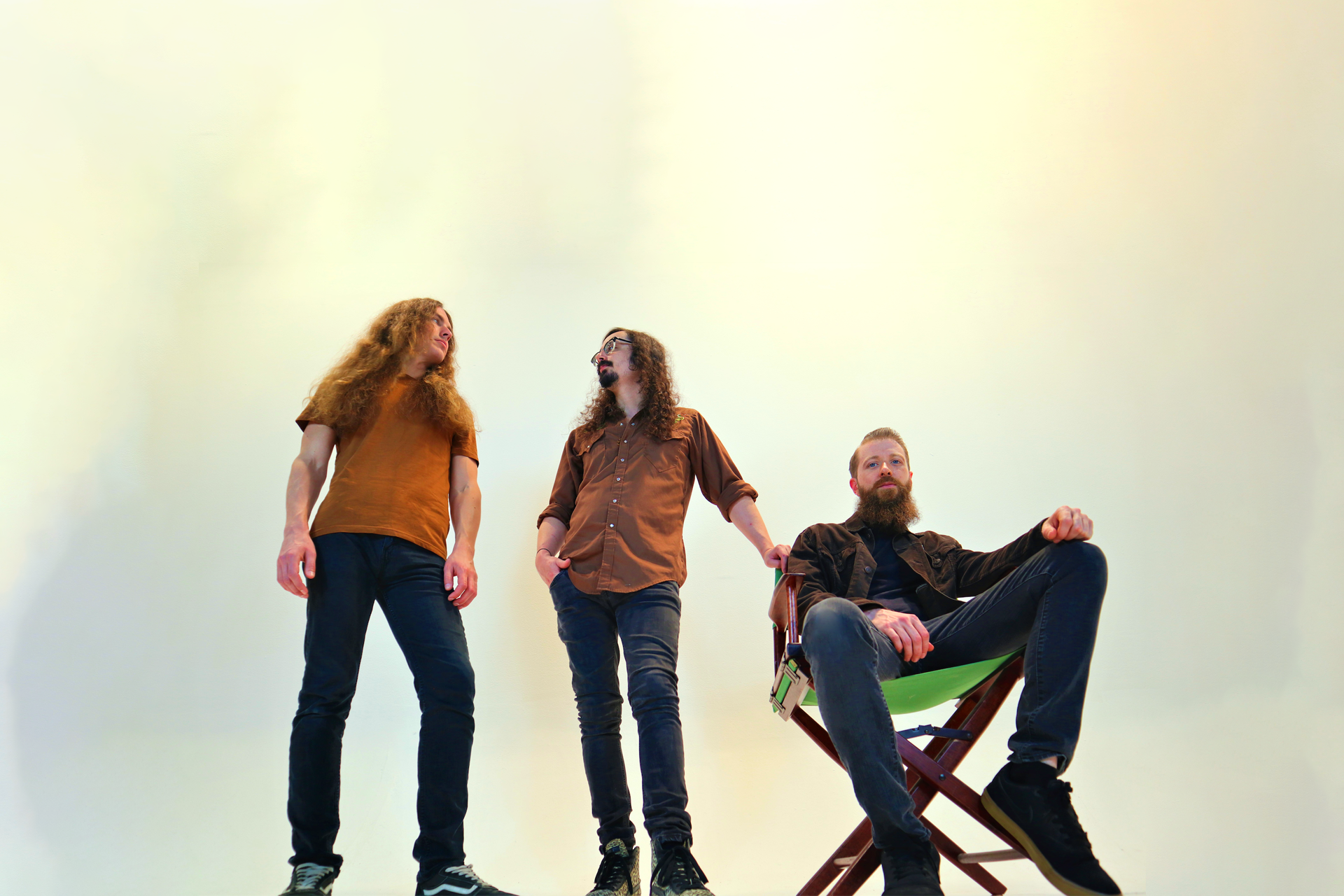 It’s interesting because in all my touring in this band and others, saying you are from Memphis has always seemed to spark people’s interest. You usually get an extra few ears just out of curiosity. I’m always surprised at how many people have been to Memphis and want to talk about that, but more importantly about the musical legacy we have here. It’s a really unique place and it seems to have a sound that permeates most musicians here without them being aware of it. That’s what I’m told the most – “your music sounds like you’re from Memphis.” It’s sort of like musical styles have accents.

4) Talk to us about the making of your new music video, “Alright.” You guys filmed it with director Waheed AlQawasmi who’s worked with Dua Lipa, Reba McEntire, and many others. Please share about the concept of the video and how it complements the song.

Well first off, have to give it to Waheed for listening to my crazy video concepts all the time and taking them seriously. However, he always has a way of taking what I’m saying and turning it into something better. The basic concept was always to just reflect the song, which is sort of telling yourself you’re alright when everything around you says otherwise. I think we were able to do that in a simple way. In the end, I got beat up a little and a guy got lit on fire, but all in the name of art.

5) How did you guys all meet, and how would you describe the development of Dirty Streets over the last decade or so? 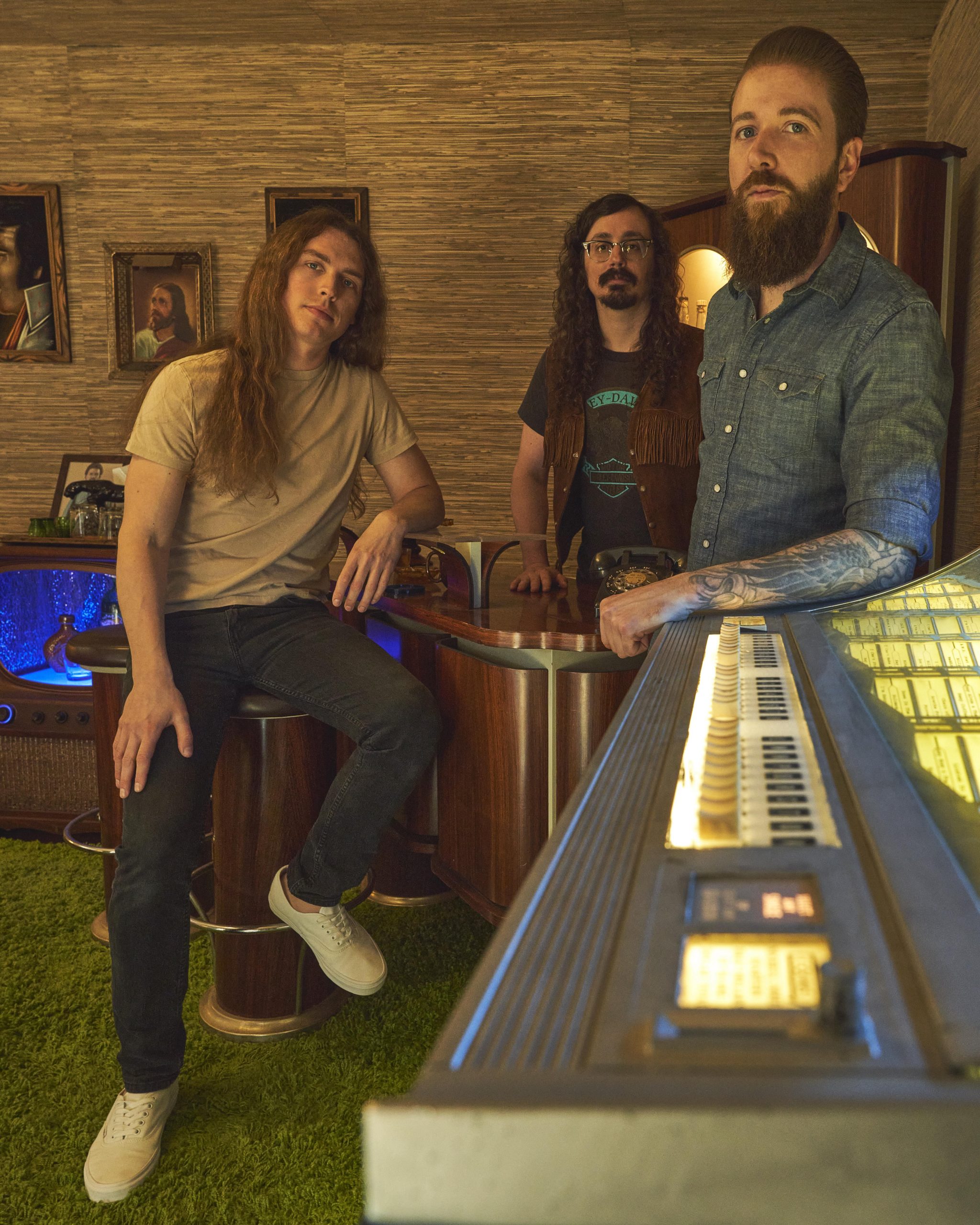 I (Justin) met Thomas through having parties at my apartment years ago. Our mutual friend was my roommate. Over the time I lived there, we would end up in the living room talking about music all the time. We came to realize our tastes were the same and we both wanted to start the same kind of band. After writing songs and playing with no less than 3 different drummers unsuccessfully, Thomas said he heard drums down the street from his house one day so he knocked on the door and Andrew’s brother Matt answered the door. Thomas gave him a demo and within a few days, he was at rehearsal. I don’t want to say he fell in our laps, because Thomas had to go get him, but it seemed an unlikely coincidence.

From there it was just an immediate grind of rehearsals and shows for us. We had all agreed that songwriting and rehearsal were number one priorities. It took us 3 years or so of playing (and about 30 songs thrown away) to get in and record our first record.

Since then we just started booking as many shows as possible out of town and making as many records as we could. A lot of times it seemed against all odds, but after a while, some other people joined the team (agents and labels) and we got schooled in how this whole thing works. Today we are still just making the best songs and records we know how to make.

Bonus: Are there any rules of Dirty Streets, any do’s or don’ts that you guys adhere to and that you feel make you stronger as a band?

Number one would be to show up to rehearsal every time. The real magic in a band happens in your rehearsal room when nobody is around. I think sometimes it’s hard to remember that when you are just crammed in a room with instruments, but that’s where most great songs are created.

The main don’t would be don’t party too hard. We spent a lot of early years just praying for a couple of people to show up on the road, so now when people come to see us we want to deliver the best we can do. That requires you to be as on your game as you can. 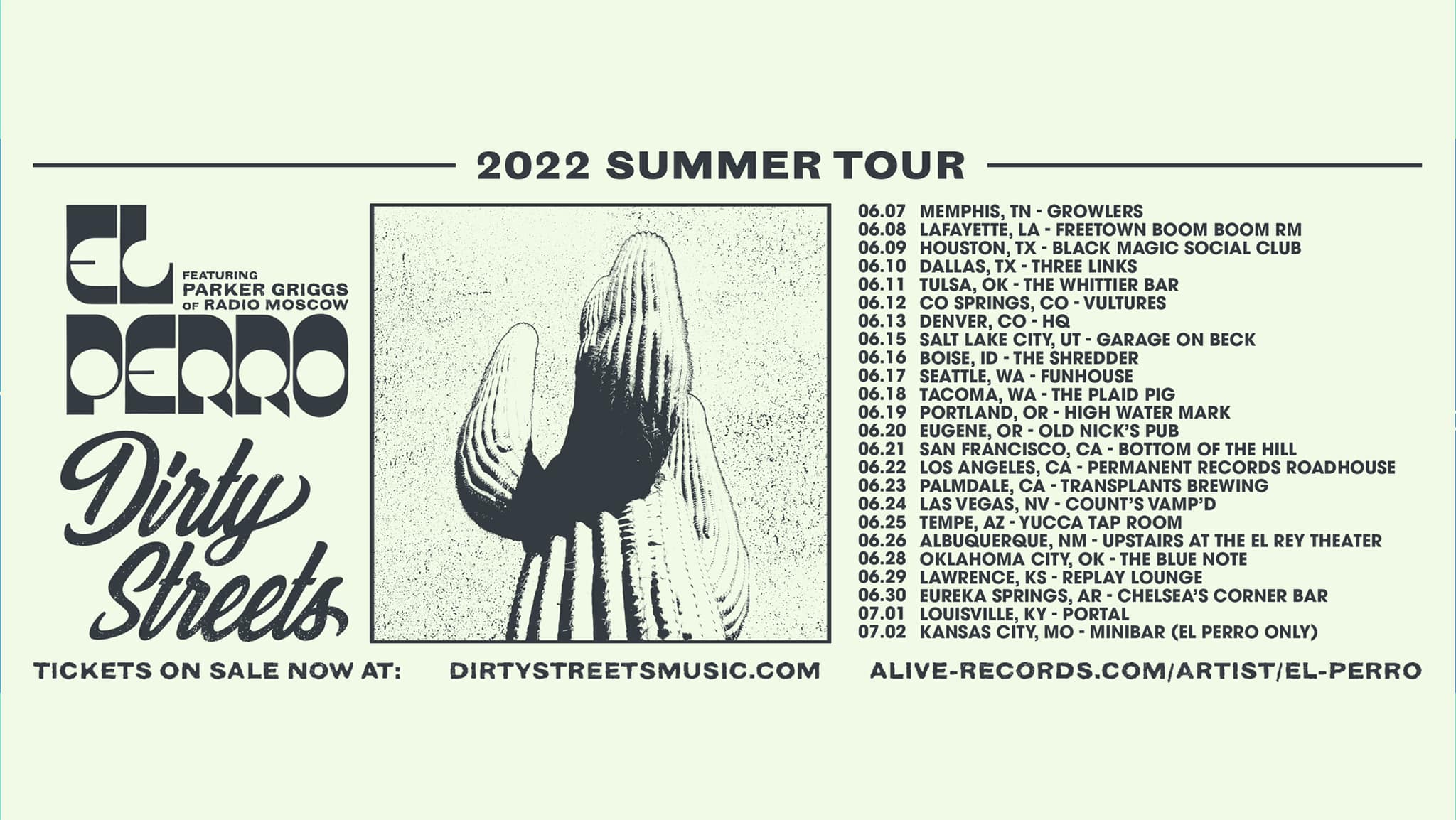 Bonus: Talk to us about your upcoming tour with El Perro kicking off in June. Is this your first tour since the pandemic, and how does it feel to be getting back on the road?

There is no canvas big enough to paint a picture of how excited we are. The last 2 years had us wondering if we were ever going to get on the road again. Every time we hit the stage now, there is nothing but gratitude. The guys in El Perro are old friends of ours that we toured with before, so I’m thinking it’s gonna be a killer show for anyone who shows up.

Bonus: What music are you obsessed with right now, and why?

Personally, I’ve been exploring as much modern music as I can, lately. You would usually hear me going on about nothing but the classics, but recently it’s been Black Pumas, Silk Sonic, and that Khruangbin stuff with Leon Bridges.