Adam Hood has been close friends with fellow singer-songwriter Brent Cobb since 2010. They’ve toured and they’ve co-written songs together, but it wasn’t until Hood’s latest album Bad Days Better that Cobb would act as producer of Hood’s music.

Along with an exclusive performance video, we’re excited to share a Q&A in which we touched base with Hood to learn about the making of the new album and what it was like working with members of Blackberry Smoke, who some of his early influences were, who the artists that currently give him hope are, and more.

1) Have any of your songs ever come to you in the night, like the kind that wakes you up out of your sleep and you have to go jot it down or record a melody so you don’t lose it? If so, which song(s)?

No, and that makes me feel subpar. It’s like an insecure writer’s version of FOMO. Haha!

2) Do you feel Bad Days Better is your best work yet, and what were some creative methods you tried out and were happy with that you’d never incorporated into your music before? 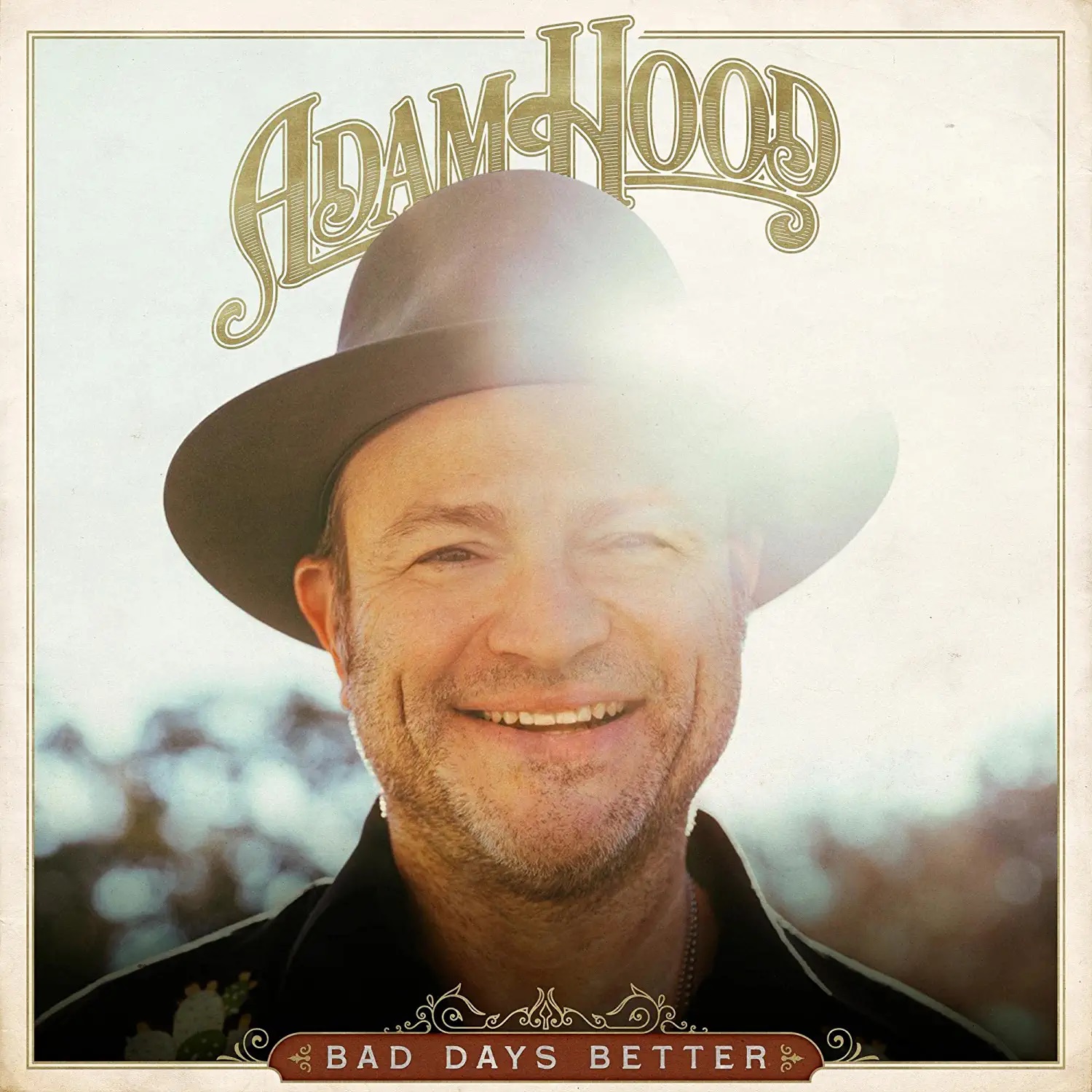 I do feel like it’s my best work yet. I also feel like every current album or every upcoming album should be your best work. I’ve never made a record that I wanted to sound exactly like the last one.

As far as compiling the songs for this album, that wasn’t very different: listening to old songs, picking through new songs and unfinished ones. That’s always the process. The difference in this record is WHO was doing the listening. When Brent Cobb and I started talking about this record, Brent went back and listened to everything in my Carnival catalog and some of my Low Country catalog, that’s 10 years’ worth of music. That leads to the next big difference in this record.

At the end of the day, I put this record in Brent‘s hands. His attitude towards this record has just been unbelievable. It’s really helped me find some confidence that I really needed. The minute we started talking about making this record, he started throwing out all kinds of ideas for what HE wanted to hear from me: everything from the lyrical content to drum sounds. But not from an arrogant attitude of expertise, it was from someone who really cares. Someone who hears what I want to say better than I can say it.

Ben Ratliff came into the picture and worked out the deal with Capricorn Studio… another first. A “historical” studio. A place where records I love were made. And in Macon, instead of the rooms in Nashville where we’ve recorded for so many years.

3) Who were some early influences that made you want to pick up a guitar and become a songwriter? And out of those artists, are you still a fan of their work, or do they seem dated now?

I started playing guitar when Stevie Ray was on the radio, so my first influences came from guitarists. Then came 1989. Travis Tritt. Clint Black. Alan Jackson. Garth Brooks. I was always a country music fan, but Haggard, Jones, Willie, etc. belonged to the generation before me. I could study it, but it wasn’t “mine.” That era of country (1989-1991) was MINE. And it was good! Travis Tritt got me to Bob Seger, which got me to Bonnie Raitt and then to John Hiatt, and that changed my life!

4) Talk to us some more about recording at Capricorn Studios in Macon, GA, with Brent Cobb at the helm. Was that your first time working in that historic space, and what did Brent bring to the table that continues to strike a positive chord with you?

That was my first time there. And this is the first actual “album” to come out of that studio in many years as well. Mercer University acquired it in disarray and has recreated a special place. Usually, it’s hard to tell how great a studio sounds until the playback. You can feel it in real time there! I spoke about working with Brent earlier, but he is a very close friend and has been since 2010. I knew the first time we wrote that he was coming from a different place than anybody I’d ever written with. That guy has seen me at the very worst I’ve ever been and he still writes songs with me. There’s a special friendship there that came years before this record and that’s made all the difference.

5) And you also had Charlie Starr, Brit Turner, and Richard Turner from Blackberry Smoke playing as the band for this record. When did you first connect with Blackberry Smoke, what’s one of your favorite songs of theirs (and why), and what inspired you to want to cut an album with them?

Brent and Ben Ratliff made that happen, but with their Georgia base, I’ve been very familiar with the music. Charlie and I grew up very close to each other. Our high schools played each other in football. They’re about 15 minutes apart, but we didn’t really connect in any new working capacity until this record. In essence, until we moved in together for a week and started writing and recording songs. 😂🤣

“Run Away from It All” is my favorite. It’s the perfect blend of country and southern rock. It sounds like East Alabama. It sounds like Georgia. It sounds like the Chattahoochee River. All their songs do, but that one in particular for me. “One Horse Town,” of course. “Ain’t Much Left of Me” is a favorite. I love all the musical movements in that one.

Bonus: You tend to work with a lot of different people. Where do you think your desire for artistic collaboration stems from?

Good question! First, from the pleasure of the result! When writing by myself, the result is always writing something for me. Collaborating helps it be something that my co-writer can record. This happens more with ladies, of course. It’s nice to write with females because it takes me out of a male’s perspective… which is ALWAYS helpful for a married man!

Second, I don’t just listen to different styles of writing and playing, I’ve studied them. Country, blues, jazz, bluegrass, and the methods that make one different from another. I’ve tried to find the masters and learn how they do what they do, and learn WHERE they learned how to do it! So it’s like continuing my education, writing with Anderson East, Wes Bayless, Charlie Starr, etc. The artists that are southern, but not exactly country.

Bonus: Are there any young artists that are currently giving you hope?

Bonus: Outside of music, what do you like to do these days to occupy your time?

Hanging out with my girls is pretty much all I want to do when I’m not working. It sounds stock, I know. But I’m a homebody and I love being a dad. I love being a husband too, but I’m not as good at it! 😂🤣

Bonus: Are there any causes or organizations close to your heart that you feel people should know about or get involved with?