You are here: Home / News / Recent News 5 Questions with Will Hoge on New Album

Nashville-based singer-songwriter Will Hoge is ready to release his next studio album, Wings On My Shoes, this Friday, August 26th. We caught up with the acclaimed artist in 5 Questions to hear his hopes for what listeners will take away from the songs, what inspired his tune “John Prine’s Cadillac,” and how he wove themes like politics, religion, and money into the album.

5 Questions with Will Hoge by Sam Shansky

1) You’re ready to release your next studio album, Wings On My Shoes. What’s your hope for what listeners will take away from this collection of songs?

I hope folks feel a real connection with the songs. I also hope that they feel the sincere joy in the songs that was so seemingly out of place yet necessary during the creation of this album.

2) Many folks are calling your song “The Last One to Go” a new direction for your songwriting. Do you agree with that sentiment, and could you share your vision for that tune?

I guess that depends on which direction they think it’s going when they say that. I’m really proud of that one. It’s a sentiment my wife and I have discussed on more than one occasion. The sweetness in the sad is something I really liked in that one.

3) “John Prine’s Cadillac” is a definite favorite from the record, and the inspiration behind it is a wild story, too. Do you mind telling folks that don’t know yet how that song got started, and then talk a little about your experience filming the music video with Ryan Nolan and Logen Christopher? 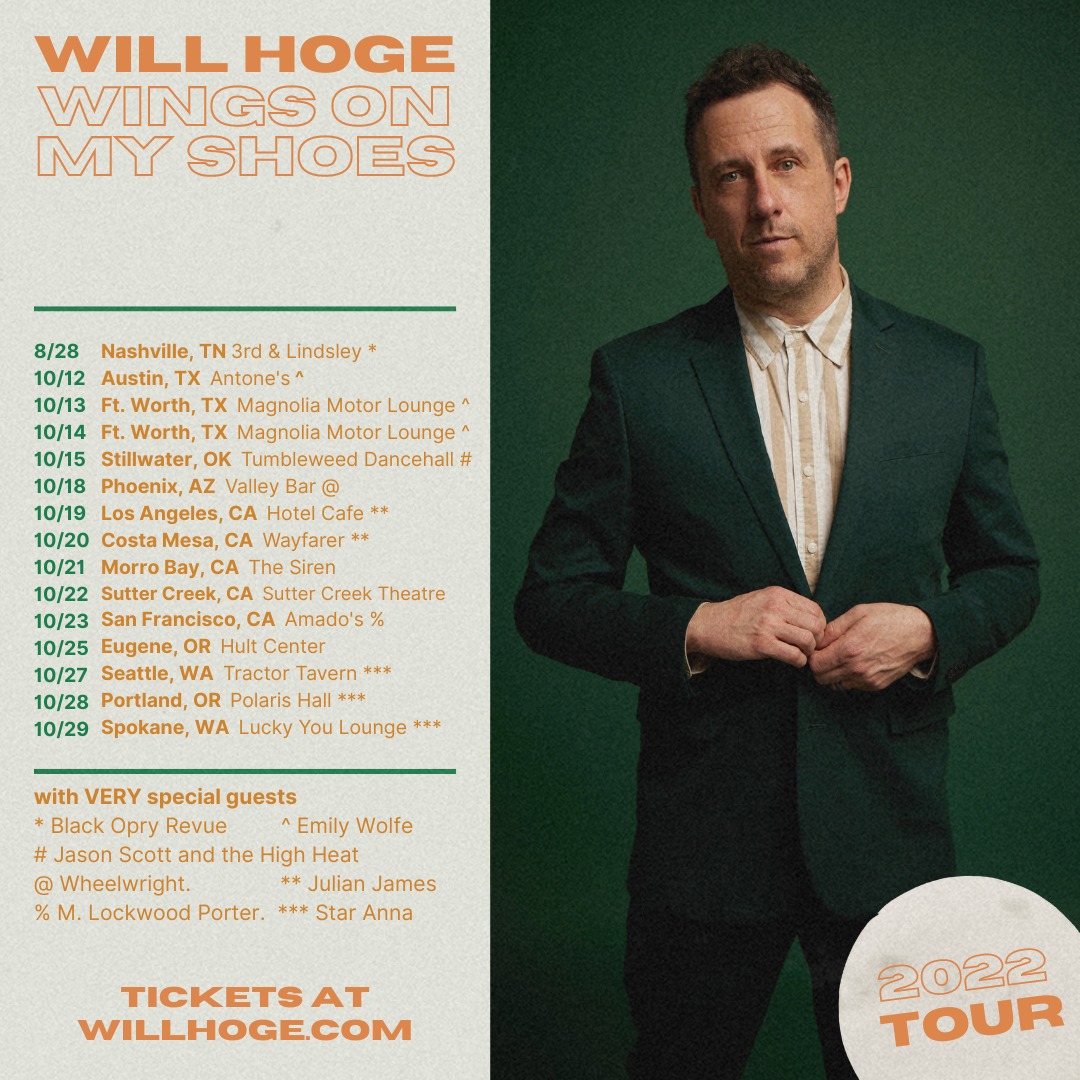 About 15-20 years ago, I was at a red light off 8th Ave in Nashville. I look over and there’s this shiny Cadillac and behind the wheel is John Prine. He’s got his sunglasses on, tapping on the steering wheel, shit eating grin on his face, music just BARELY audible through the window. I thought in that moment, “what in the hell is John Prine listening to that brings him that kind of joy?!?” Light turned green, I turned right, he turned left. I never found out but that damn memory sure hung around.

When he died during the COVID lockdown, I was just tickled by all the incredible tributes, kind words, and sweet stories that I read from so many people. It was all so joyful what he and his music had brought to folks. Somehow in all that sadness, it started making me feel ok and wanting, hell, NEEDING to feel ok. I wanted a song that reflected that joy and those 2 moments decades apart, and a loud guitar sure did help me find what I felt like I needed.

The video experience was a total blast. I got to listen to a bunch of records in a cool old house and then eat at Arnold’s with some of my best friends in the world. Definitely my favorite video I’ve done.

Bonus: What’s your favorite Prine tune, and why?

That’s ever changing if I’m honest. “Quiet Man” has really been one I’ve circled back to a bunch lately.

4) They say there are three things one must never discuss in polite company: politics, religion, and money. Knowing that’s not a rule you subscribe to, could you give a brief overview of how you wove those three topics into this record, mainly through songs like “Whose God Is This,” “Dead Man’s Hands,” and “All I Can Take?”

Those are 3 of my favorite things to talk about so it was really fairly simple. “Whose God Is This” was really born out of my still being shocked that a certain segment of our society seems to somehow deify certain people and traits in our country, and it seems like it only happens here. It’s maddening so I had to write about it to try and keep from banging my head against a door frame.

“Dead Man’s Hand” was a straight up journal entry from my ‘morning pages’ exercise I’d learned from Brian Koppelman. I had the riff but no words. That journal entry fit. Then I just needed a chorus and once I was able to connect the desperation of all the shady characters, it just fit.

“All I Can Take” is the tune that sort of incorporates all of the aforementioned topics in one song. It was originally a more quiet number but the band and I hadn’t been in a room together in almost a year. It was really late at night and I wanted to try it as a more rocking song. It instantly worked and it was all done in one take. That’s the scratch vocal you hear on the album.

5) You’ll be at 3rd & Lindsley on August 28th, followed by a run of shows in October all around Texas, California, Washington, and beyond. Assuming you’ll be rehearsing with your band throughout September, would you share who the members that currently make up your band are and describe what a typical rehearsal is like?

Yeah! We’re so excited about that. It’s the same crew I’ve had for the last couple albums and tours. Thom Donovan on guitar. Allen Jones on drums. Christopher Griffiths on bass. Tell your friends and please come see us!

Bonus: Knowing you’re a basketball lover with respect for Ja Morant, and since Ditty is based in Memphis and run by Grizzlies fans, what’s your projection for the Grizzlies’ 2022-23 season?

Ja is the damn TRUTH!! I think they make the conference championship again and play the Warriors closer this season. The next one, they go all the way.

Bonus: You’ve lived in Nashville a lot longer than most. What places or people there have you most excited about that city’s future?

Yeah. The growth is wild. I get really excited about the people that are dug in and staying here. Determined to make this city as great as it can be. Artists, musicians, chefs, teachers, etc. All pitching in for the greater good. It’s not easy but we’re doing the work. I love it.