You are here: Home / News / Recent News 5 Questions with We Banjo 3 on New Album

“I remember the first time someone asked me to ‘take one’ at a jam, ‘one of what?’ I panicked,” recalls David Howley of his introduction to American roots music as someone raised on traditional, non-improvisational Irish stylings.

As one-fourth of acclaimed Irish act We Banjo 3, Howley is checking in with DittyTV to talk about the group’s latest musical offering, Open the Road, a gorgeous new studio album set to release this Friday followed by a month-long string of live dates around the U.S.A. “We love seeing people at shows letting their hair down and having as good a time as they can. Our shows are a safe place to be yourself and let go,” Howley says.

1) Correct me if I’m wrong, but I believe you’ll be releasing your new album Open the Road exactly ten years (to the day) from when you released Roots of the Banjo Tree, your debut. Is that right? What has the journey of We Banjo 3 been like since that day in 2012, and how do you feel as you approach release day this week? 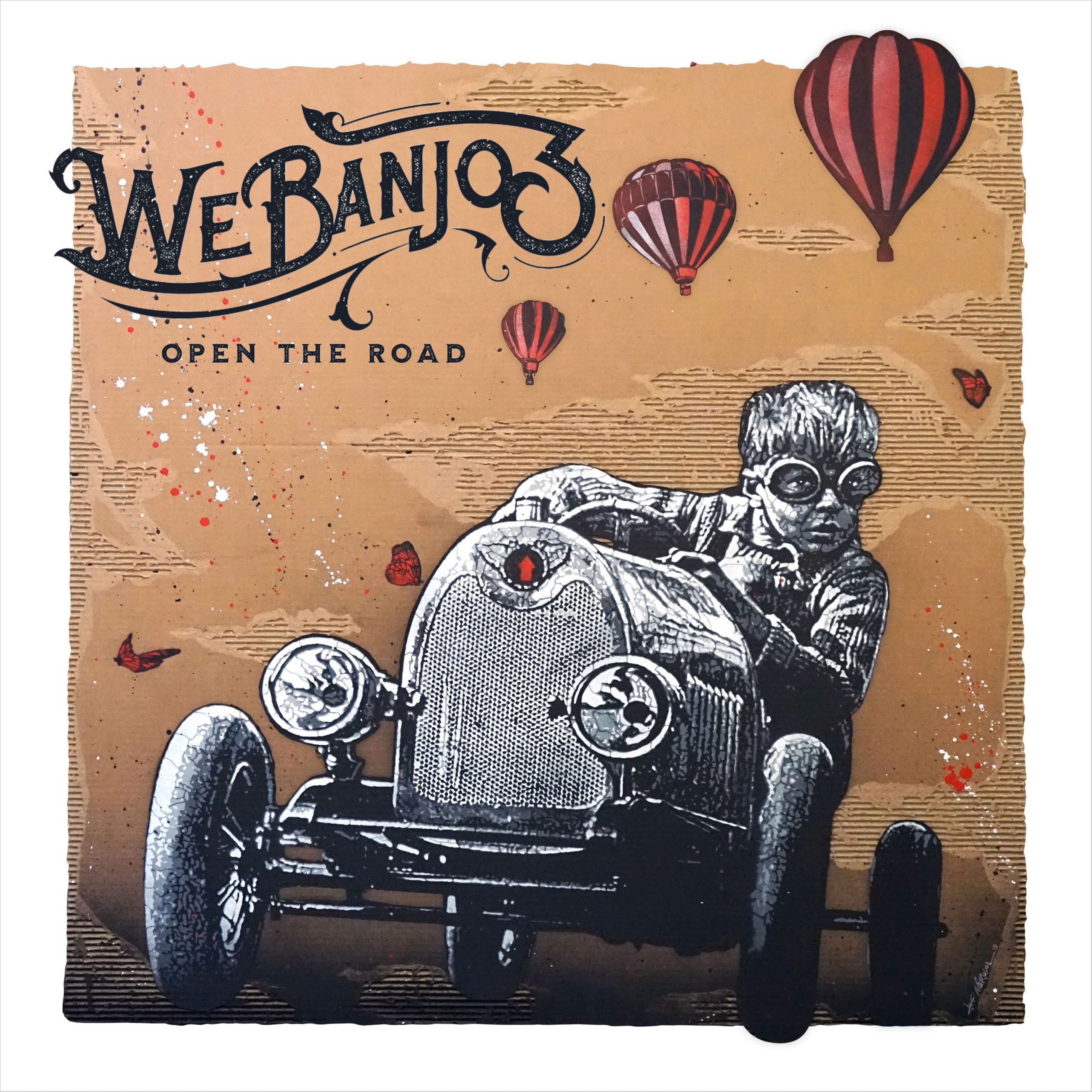 It’s been an absolute whirlwind! When we started the band it was a passion project exploring the cross over between Irish folk music and American bluegrass, all of a sudden 10 years later we’re walking on stage to people screaming our songs back at us and dancing around like there’s no tomorrow.

Evolution is a key part of this band, we’ve always allowed the music to shape things.

2) You produced your latest music video, “Gift of Life,” with footage submitted by fans displaying their “life’s gifts.” You said of the origin: “The song came from trying to convince myself that sometimes you might have to stumble into the unknown and trust yourself to choose the right turns.” Could you elaborate on this song’s meaning and also comment on why We Banjo 3 fans are better than the rest?

When I started writing that song I was in a weird moment of my own life. Perfectionism sometimes causes me to freeze up and I end up missing out on the joy of life sitting on the sidelines unable to choose “well which is the best way?!”. I’d love to say there was a big “a ha!” but no, I still struggle with it but it’s getting better day by day! The song represents both acceptance and hope for me.

We Banjo 3 fans are great. We’ve experienced so much kindness over the years and also a lot of openness. We’re all just humans trying our best, some nights you forget a few words or play the wrong chord, WB3 crowds don’t sweat that stuff at all. They laugh with you and are always willing to shout a lyric prompt from the front row. We feel very lucky for that.

3) Another fan favorite from the album, “Hummingbird,” was released as a live acoustic performance video. Could you share about the inspiration behind and recording of that tune and how Scott Mulvahill was involved?

It was mid-lockdown and I was sharing a house with the very talented Scott Mulvahill. We basically spent the days exercising, writing songs, making beer and recording as much as we could in Scott’s studio in the garage. One evening he asked if I had any songs I wanted to demo out. I replied “I have one but it’s not finished,” at which point he smiled and fired up the coffee maker.

We spent the next couple days recording and having fun with whatever instruments we had within reach. It’s amazing that a lot of that material actually ended up on the final master. There was such a special energy in those recordings, a sort of giddiness that only happens when you’ve not left the house in weeks and you’re on your 6th coffee! Scott is a true friend and someone I love collaborating with.

4) What are some key differences between traditional Irish and American roots music?

It’s hard to say. I feel that music is so evolving and organic that no matter how you try to nail it down it cross pollinates and then cross pollinates again! I think one key thing that Irish traditional music didn’t have as much of when we were kids was melodic improvisation. We would play together in a sort of trance, note for note, burning through tunes in a fever of raw energy. Stepping into American roots music was an interesting moment. I remember the first time someone asked me to “take one” at a jam, “one of what?” I panicked.

5) You’re gearing up to hit the road again at the end of this week with stops at Grey Fox Bluegrass Festival, Shalin Liu Performance Center, RockyGrass Festival, and beyond. Do you have anything special planned, and what are you most looking forward to as you continue to tour throughout the year?

We love seeing people at shows letting their hair down and having as good a time as they can. Our shows are a safe place to be yourself and let go. I’m a horrible dancer so you can always be safe that you’re not the worst dancer in the room! We’re looking forward to the energy of people in a room moving and singing as one! We’ve missed it!