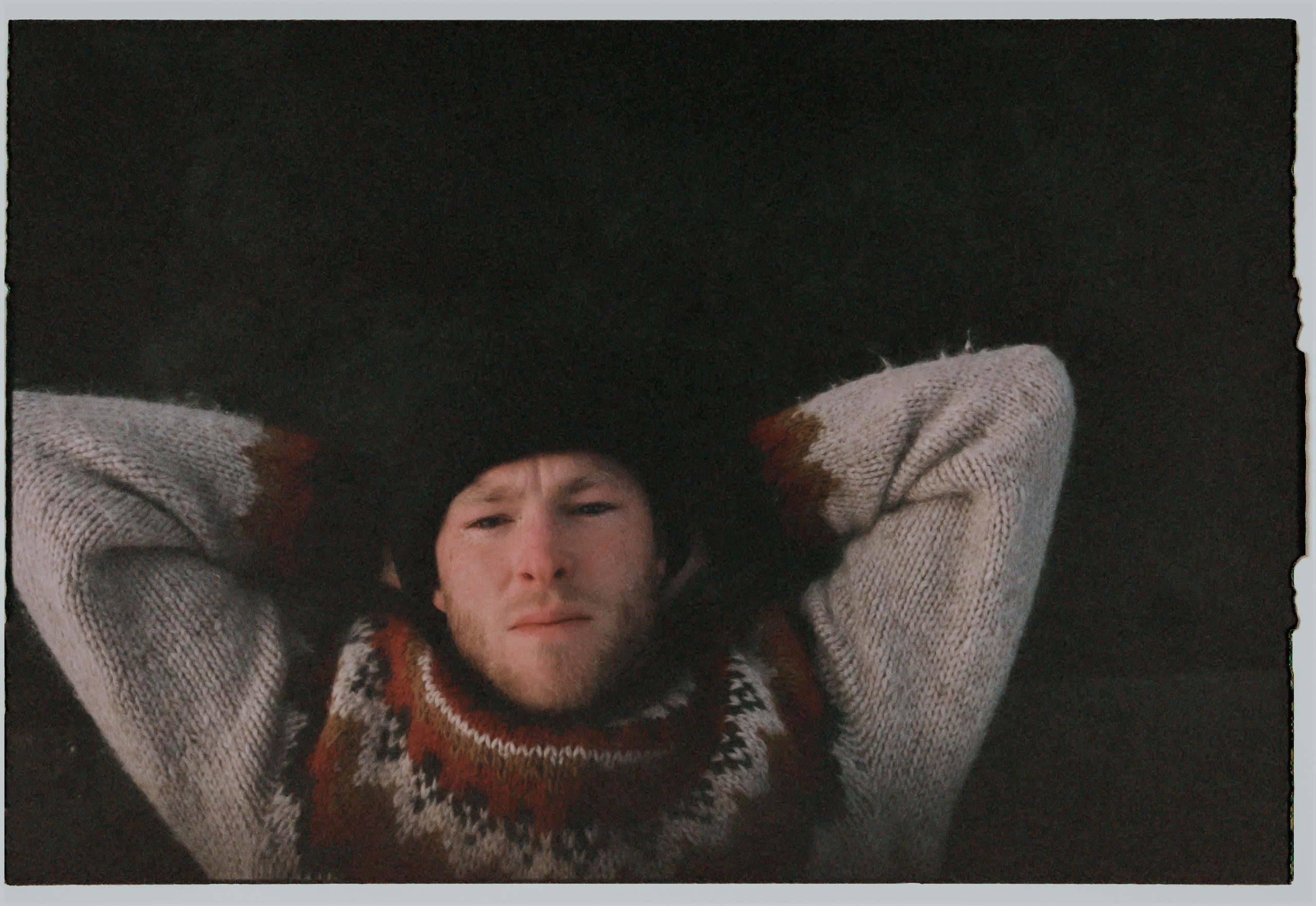 In case you missed it, Judah and the Lion co-founder Brian Macdonald aka Victor Mucho recently released his debut solo album, Moonlight in Visby, via Tone Tree Music. We caught up with the acclaimed artist and performer to get a feel for what inspired the project, which he says “represents a time of intense change in self-identity.”

Macdonald wrote the songs for the album during a year-long stint in the “fairytale-like setting” of Visby on the island of Gotland in Sweden, which you can learn more about below.

1) You recently released your debut solo album, Moonlight in Visby, via Tone Tree Music. What is your desire for this collection of songs?

For me, Moonlight in Visby represents a time of intense change in self-identity, and in observing my community around me. I’ve noticed that many of my friends and family have also gone through a lot of change in their lives. I hope these songs would give people the space to explore the change within their own life, in the same way that the island did that for me.

2) What led you and your family to Gotland in the first place, and could you describe your time living there?

We moved there for my wife to attend grad school at a University on the island. The town of Visby is a UNESCO World Heritage site, which means there is a rich history and a lot of really old structures and buildings that are well preserved. Walking through brick streets and old ruins of cathedrals to get to the grocery store creates a kind of fairytale-like setting. It felt like we were stepping back in time. I really loved the slow pace of the island because it gave me a sense of peace that I hadn’t experienced before. It’s so easy to rush around in our daily life, especially in America. In the year I spent in Visby, I felt I could finally slow down my life and give more space for reflection and being present.

3) What were some unusual things about Sweden’s history that you learned while living there?

Something that might be unusual for some is called ‘allemansrätten.’ It translates to “every man’s right,” and it is basically the freedom to camp, walk, hike, and access any land, even private property. It is essentially access to nature for everyone. There is an expectation of respect of course, and Swedes are very respectful in my experience! We definitely enjoyed ‘allemansrätten’ when we camped on the island.

4) Talk to us about the film you produced for the album. What was that experience like, working with Robert Linnaeus, Bryant Bural and Reid Leslie?

The idea for the film came about part way through the album making process. I was still in the middle of writing and recording the songs, and I thought a film would be an awesome addition to the music. I felt like I was capturing a very specific time and place with the music, and that if I could also get that rawness on video it would compliment the album well.

My friend Rob who lives on the island happened to be an amazing photographer and videographer, so we started capturing things together. Nature, life, and some delicate moments from our time there. Once I got back home to Nashville, I teamed up with Bryant to edit all of the footage and with Reid to add sound design to the film. I’m very proud of the result and I couldn’t have done it without them!

Bonus: Is Ingmar Bergman someone that you admire? What is your favorite film of his, and why?

I became interested in Bergman’s work while living on the island. I haven’t seen all of his films, but from what I have seen, I love his film Persona. It has many similar themes to Moonlight in Visby such as self reflection and searching for identity, but it’s through a very different lens, figuratively.

Persona was shot on Fårö, which is a smaller island north of Gotland, and a place where I spent a lot of time camping and surfing. We also shot much of the film for Moonlight in Visby on Fårö. It’s fun to think about how one place can inspire such different works of art, but I can’t compare myself to a legend like Bergman! At this point, I’m an average musician and an extremely amateur filmmaker. :]

5) Track eight on the record, “so terribly hurt,” features acclaimed artist Molly Parden. How did that collaboration come about, and where did you film the live performance video with Bryant Bural?

The song “so terribly hurt” was written from two perspectives of a love relationship. I always knew that I wanted the second verse to be sung by a female & I love Molly’s music and her voice. I have been running in similar circles with Molly in Nashville for a long time. She is a great human being. I reached out and sent her the song and album to see if she was interested in singing on it, and she said yes! The live performance video was shot in my living room. Bryant and I had been working together editing the album film and we thought it would be cool to shoot a performance video with Molly.

Bonus: What is your favorite song by Parden, and why?

“Feel Alive Again” is one of my favorites of Molly’s. Reason being, I think it truly represents who she is as a person; a loyal friend to all, so calming, welcoming, and engaged with the people around her.

Bonus: Two of the songs on the album were written and recorded in the last week of your time on Gotland. Could you share about those two songs and what inspired them? 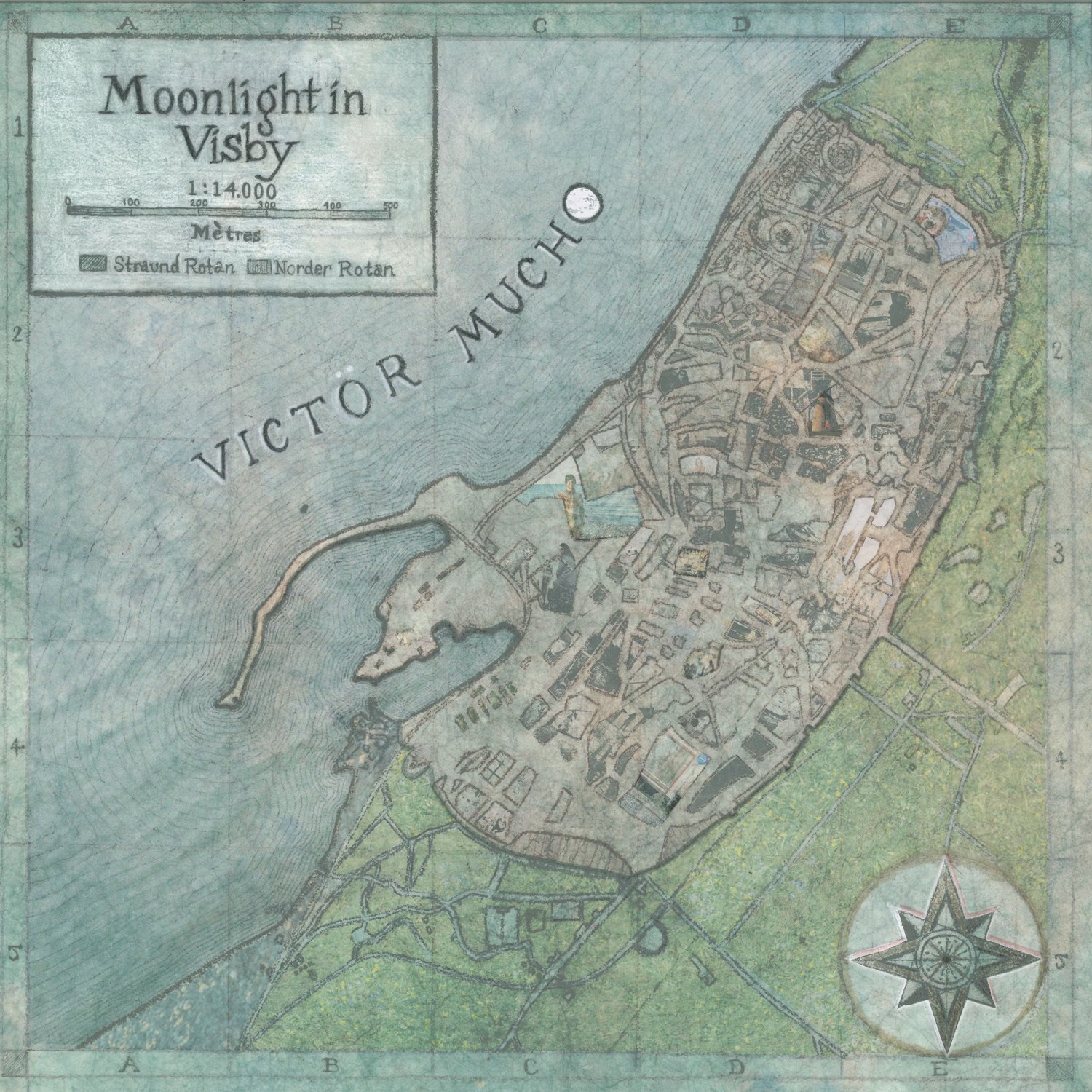 Those two songs are “Cigarette Talks” and “One Last Walk.” They are both so special to me, my friends, and my family because they came at the conclusion of our time living in Visby, just before many of us would move away and go through other big life changes. Moving to Sweden was a journey for me of leaving my physical home in Tennessee and figuring out how to find peace in a new place. Sweden didn’t feel like home at the start, but by the end of our trip, I actually felt like I could stay there forever.

“Cigarette Talks” was written the week before we moved away, reflecting on our time there, the lifelong friends that we met, and the simple moments we shared together that felt so special in the end. “One Last Walk” shares a similar sentiment. While living in Visby, we walked into town from our house 2 or 3 times a day, usually walking our dog Hal. I wrote this song just before one of our last walks to town, and then recorded it in the airport hotel while we were waiting for our Covid test results before our flight home. Both of these songs represent the grieving process of leaving behind a really sacred time in my life.