You are here: Home / News / Recent News 5 Questions with The Sheepdogs’ Ewan Currie

“I think writing and recording music is a tricky thing,” says Ewan Currie, founding member of acclaimed Canadian, classic rock-inspired band The Sheepdogs. “Overthinking is a killer, and learning to trust in simplicity is a good thing for Rock N Roll.”

We caught up with Currie to get some info on Outta Site, the band’s latest album, cut during the pandemic as a way of transferring the onslaught of negativity into feel-good music. “I don’t think people are going to want to recount social distancing and missing their loved ones. People want to hold on to hope, feel positive and sometimes just plain old escape,” adds Currie.

5 Questions with The Sheepdogs’ Ewan Currie by Sam Shansky

1) So, you guys started jamming together in your teens, right? What’s the origin story of The Sheepdogs, and (assuming this was in the early 2000s) what music might have been on repeat on your iPods at the time that made you all say – “I wanna jam with these guys” – or were you not iPod users? You know what I mean, though. What sparked your rock ‘n roll bond? 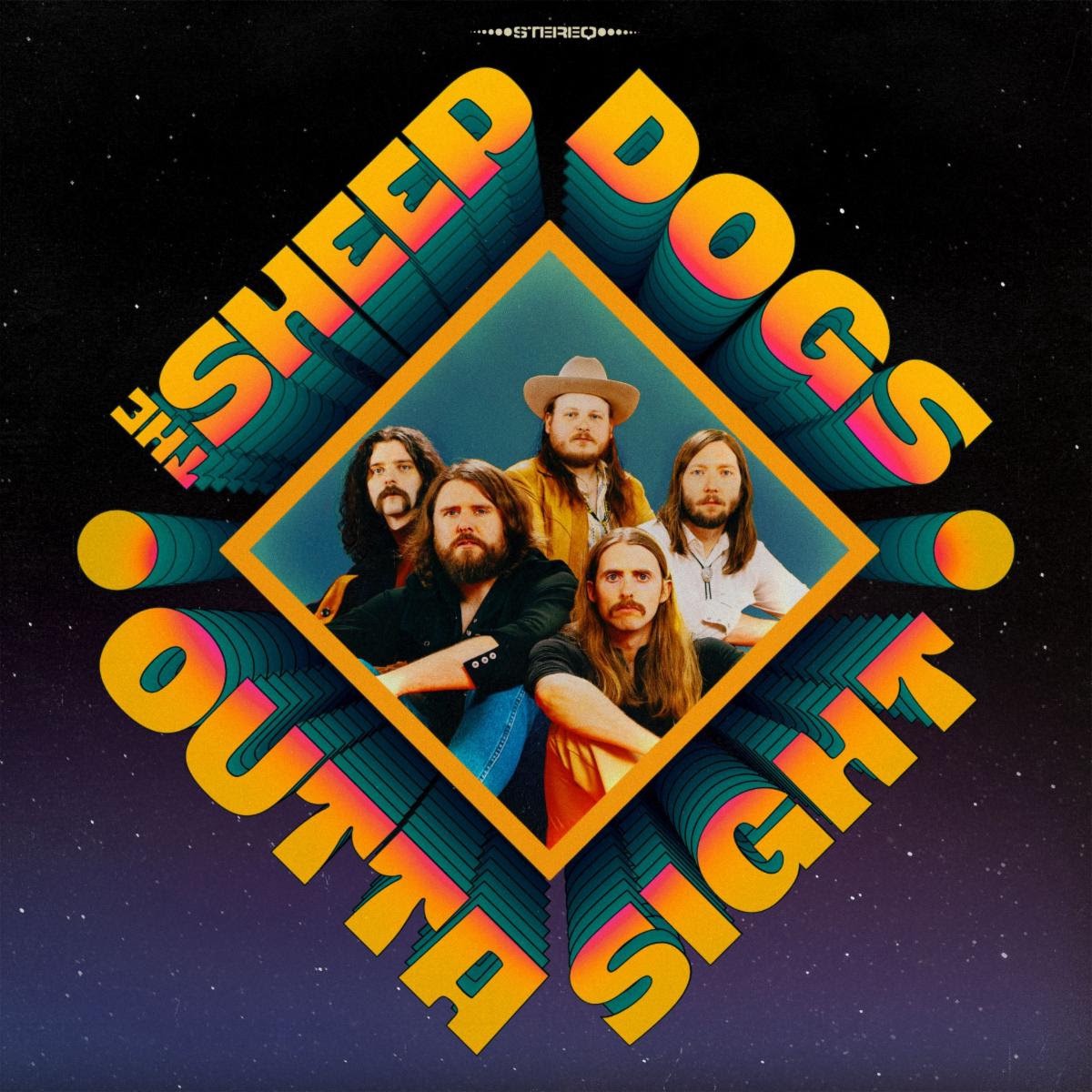 We started in the summer of 2004 when we were 19. I had an iPod at that time, it was the first one with the wheel on the front. I had spent a lot of time loading my rather considerable CD collection onto it. Lots of 60s and 70s stuff: Led Zeppelin, Kinks, Creedence, CSNY and some newer stuff like the first Black Keys and Kings of Leon albums. Those were the bands that made us want to pick up guitars and rock.

Ryan and I had bonded in high school when I loaned him my discman which had a burned CD I’d made with funk and soul music on it. I’m pretty sure there was some James Brown and Stevie Wonder on there. At one point we both had mini disc players. I feel like nobody else had those.

2) You recorded your latest album, Outta Sight, during the pandemic as a way of transferring the onslaught of negativity into feel-good music. Can you imagine if you didn’t have that outlet at the time? Could you share why it was important for you to focus on the positives when many were digging deeper into the pit of despair?

I’ve always viewed music as a life raft. In my darkest hours music has always gotten me through. When I started writing my own music I wanted it to do the same thing for other people. This record just really fit that mentality more than ever. I don’t think people are going to want to recount social distancing and missing their loved ones. People want to hold on to hope, feel positive and sometimes just plain old escape.

3) You’ve noted that this was the least prepared you’ve been when cutting a record since your self-titled album in 2012. Looking back from that era, how did your approach to music change over the following decade, and how did it feel to embrace that unpreparedness again?

Back in 2012, it was the first time we made a record where people knew who we were and there could be considered “expectations.” Pressure to follow up the success of our previous record…that sort of thing. I think now we’re just further down the road and I don’t worry as much about that. I try to focus on making it sound good, and in particular, with this record, I really didn’t want to overthink too much. We focused on making progress, getting songs down, finishing them and onto the next one. It felt good to make that progress after a year or so of sputtering and spinning our tires.

4) In a band, trust is essential. Was there ever a time that you lost trust and then regained it, and what did you learn in the process?

I think writing and recording music is a tricky thing. You can very easily get in your head and lose your confidence. Overthinking is a killer, and learning to trust in simplicity is a good thing for Rock N Roll. I enjoyed just laying back and trying to make a fun rock n roll record this time around rather than attempting to craft some masterpiece. It’s easy to get too self-important in the studio. Rock N Roll is very much about feeling and vibe and those things don’t improve when you apply too much of a critical eye and do endless takes.

Bonus: You’ve performed at venues and festivals all over the world. You’ve also experienced touring and performing being removed from the equation. When you couldn’t tour, where was it that you most desired to play again, and have you been back there since?

I really missed traveling Europe on tour. Not everybody gets to see Europe, let alone all the places we travel to, so it’s something I feel really lucky to have done. Fortunately, we just toured over there in May/June. So damn good to be back.

Bonus: Do you hang out together when you’re not on the clock? What do you like to do to pass the time?

We do hang together. We all like a cookout/bbq scenario. Beers in the backyard. My bro is in the band, so we obviously throw down a lot, making music and watching football.

5) Anyone with eyes could see you guys have good taste and consistently impressive album artwork. Could you share on your relationship with designer Mat Dunlap, how you first connected and why his work appeals to you?

We became friends with Mat Dunlap through a mutual friend back in 2011 when he was living in Halifax. Shortly after, he relocated to California and became one of our best friends. We share a love of music, art and design and baseball. In many ways he’s the 6th Sheepdog.