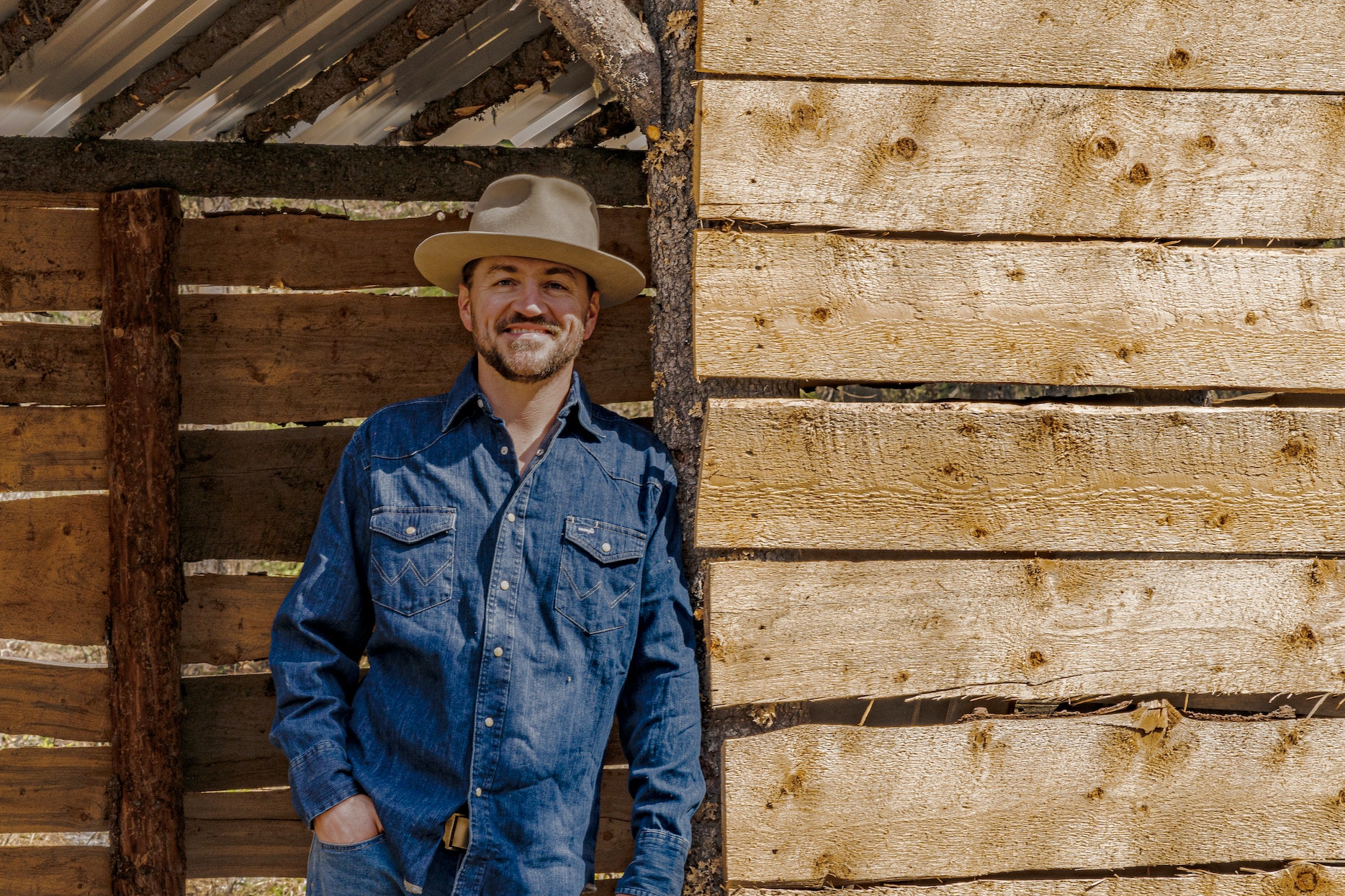 “Being able to help someone with a song I wrote is the greatest feeling I’ve ever felt,” says Roland Roberts, a Memphis native now rooted in Alaska. Set to release his sophomore album So It Goes on July 29th, Roberts reveals that he experienced his lowest lows and highest highs all in the same year, losing his father and brother within a few months. That profound level of grief helped to shape his new album and brought him to the realization that “…there is no right or wrong way of doing things, you just have to keep putting one foot in front of the other and keep moving on.”

Get to know Roland in this 5 Questions feature, where we dig into the making of So It Goes, who some of his favorite songwriters are, what his plans for the remainder of 2022 are, and much more.

1) Your sophomore studio album So It Goes is set to release on July 29th. What was your overall experience during the production of these songs, and where and with whom did you track them? 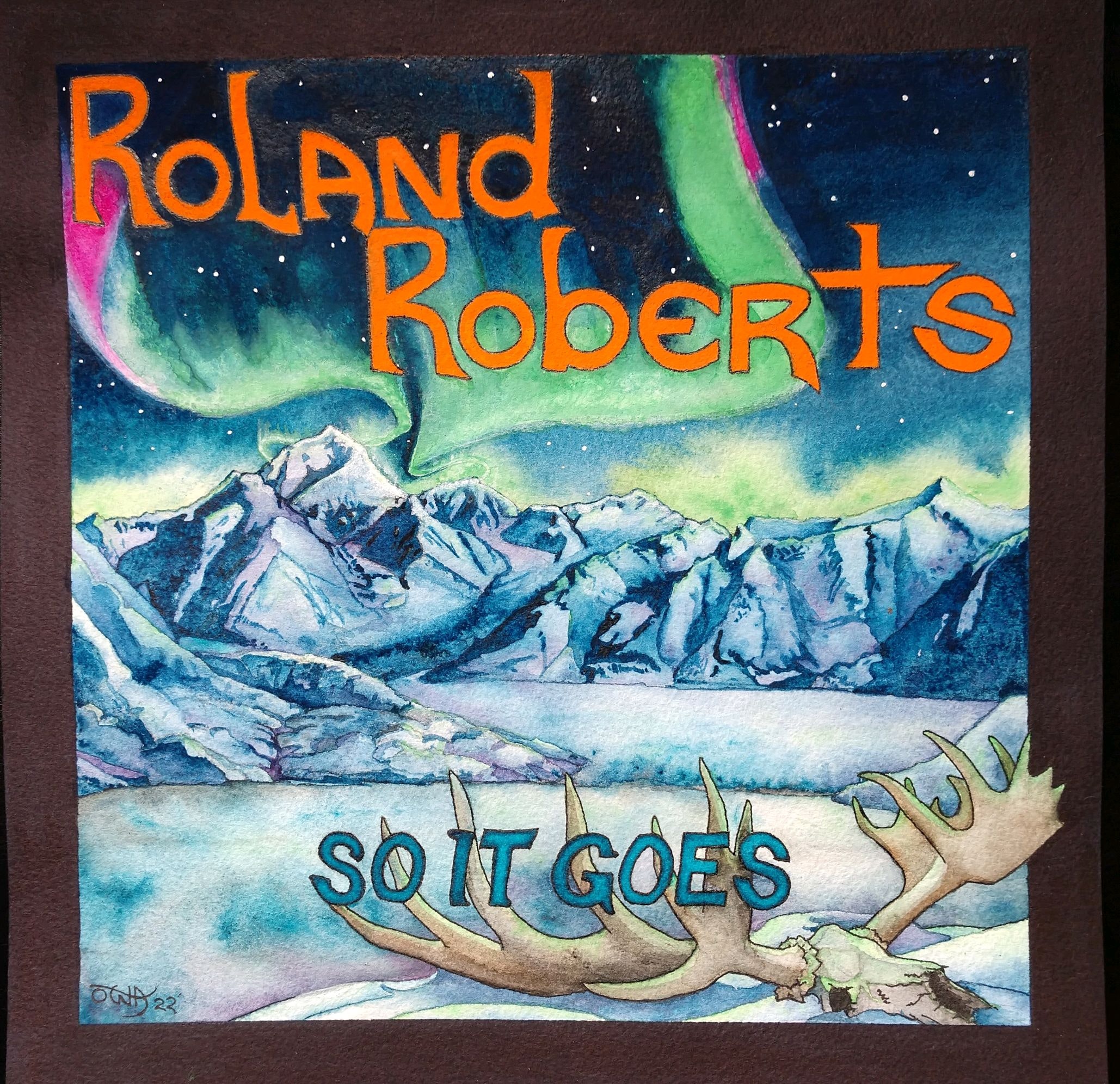 The overall experience with this album was fantastic. I did go back to producer Bob Hamilton’s studio Old Crow Recording in Whitehorse, but the recording experience was vastly different. On this one, I took the band I’ve been playing with for the last couple years, who are some of my best friends now, into the studio to record. I hadn’t met any of these guys yet when I recorded my first record, so I had studio players on that one. The studio guys were hand-picked by Bob and he knew exactly what to expect, so there was no pressure. Most of the guys in my band now had never recorded before, so none of us were sure how it was going to go. The guys all knocked it out of the park and we had an absolute blast with the whole experience. We’re all very proud of the final product and we think everyone else is really going to like it too.

2) Please share an origin story for one or two songs from the album, especially ones that bear a heavier emotional weight for you, and explain how writing and performing them has been a healing process?

The title track, “So It Goes,” was written on the morning after my 37th birthday in 2021. It’s a look back on my life in general and my 36th year in particular. I lost my dad on New Year’s Day and my little brother 5 months later on June 20th of 2020. These were hands down the two hardest things I ever had to deal with. That same year, I also put out my first album and got it played on the radio in over 20 countries. I had people from all over the world reach out and tell me that one of my songs had helped them out in one way or another when they were going through a tough time. Being able to help someone with a song I wrote is the greatest feeling I’ve ever felt. I experienced my lowest lows and my highest highs all in the same year. So, the message behind this song is that there is no right or wrong way of doing things, you just have to keep putting one foot in front of the other and keep moving on.

Kris Kristofferson and John Prine are two of my favorite songwriters of all time. I’ve always wanted to write a “talking story song” in the same vein as “To Beat The Devil” or “Jesus, The Missing Years.” To do that you really have to have a good story. I witnessed just the one after spending some time as a ranch hand on a homestead up in the Yukon Territory in the summer of ’18. The story of a sad old cowboy that was a good friend of mine is told in this one, “Pray For John.”

“Cover Band Blues” is a lighthearted song about the follies of being a songwriter that nobody has ever heard of. We have played some great gigs and some rough ones over the last several years, and this one is just a joking nod to the fact that sometimes no matter how hard you pour your heart into playing a new song you wrote, there’s always someone in the crowd that would rather “hear some Skynyrd” or have you “play Wagon Wheel.” I began writing that one after a gig at one of the classiest joints in Alaska…called the Mug-Shot Saloon. I was playing a solo acoustic show and I had a drunk lady come up to the stage, spill half a beer on my monitor and ask me if I could play some Twisted Sister. 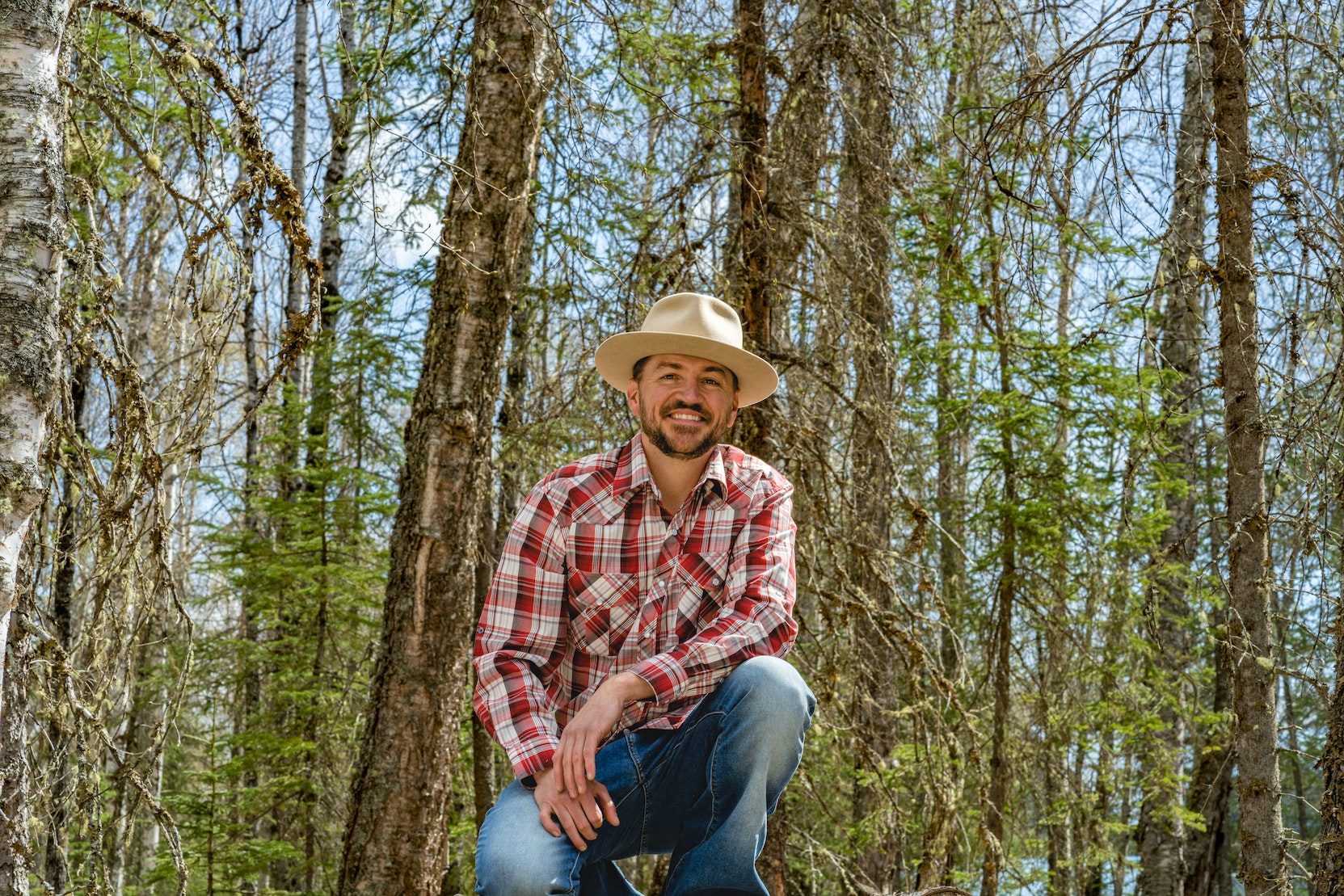 3) You were born in Memphis, raised in Alabama, spent some time in Colorado, and now reside in Alaska. Could you give us a rundown of your musical upbringing and what drew you to move to Alaska? How did you first get started in music?

Music has always been a part of my life. My dad was a drummer and a guitar player, and my mom was a singer. Dad was a drummer in Memphis in the late 70’s and played in church for most of my life after that, he was always playing guitar around the house growing up. My mom had me and all my siblings in the church choir as kids where we all learned to sing too. I didn’t start playing until I was around 16 or so. My younger brother showed me how to make a couple of chords on one of my dad’s guitars and I never really put it down after that.

I wrote my first song in my early 20s while driving from Alabama to Idaho, it was my first time ever leaving the south, and I guess I just got inspired. Years later, after moving to Denver and starting to play some of the bars and clubs there, I began playing a few more I had written, and they seemed to go over well, so I’ve just been chasing it ever since.

I came up to Alaska in the summer of ’17 on a 6-week trip. I had always wanted to drive up the Alaska highway. After managing to book a couple of solo shows along the way, I threw my sleeping bag and fishing stuff in the back of my truck and took off with my dog. I absolutely fell in love with everything about the north country, so I went home to Denver that fall and sold everything that wouldn’t fit in my truck and moved up the following spring.

Bonus: How would you describe the music scene that you’ve rooted yourself into, and what are the biggest challenges facing Alaska’s creative growth?

I would describe the scene up here as unique compared to anywhere else in the world. Alaska is almost like its own country and with that, it has its own circuit of festivals and venues and radio stations and stuff like that. There are musicians who make a full time living just touring up here because the community throughout the entire state is unbelievably supportive of original music from local Alaskan acts. The underlying sense of companionship between all the musicians from all the genres up here is one of the greatest things I’ve ever experienced. As far as the biggest creative growth challenge, I would say it’s that the geographic location alone makes it difficult to take your music to other places.

4) You’re no stranger to outdoor adventure. What are some of your favorite parks/trails/rivers to visit, and do you have any new songs inspired by nature you could share about?

Oh man…that’s a tough one. I would have to say the Colorado and the Yukon are my two favorite rivers that I’ve ever been on. Glacier, Arches and Wrangell-St. Elias are probably my 3 favorite National Parks I’ve been to. I haven’t written any songs about any of them yet, but there’s always tomorrow!!

Bonus: Who are some of your current favorite singer-songwriters, and why?

5) What are your touring plans for the remainder of 2022 and beyond?

We are booked every weekend all over Alaska through the end of Sept. Nothing on the books after that just yet, but we are hoping to get down to the southeast in November-December and are also tentative planning on making it to a festival in Baja early next year.