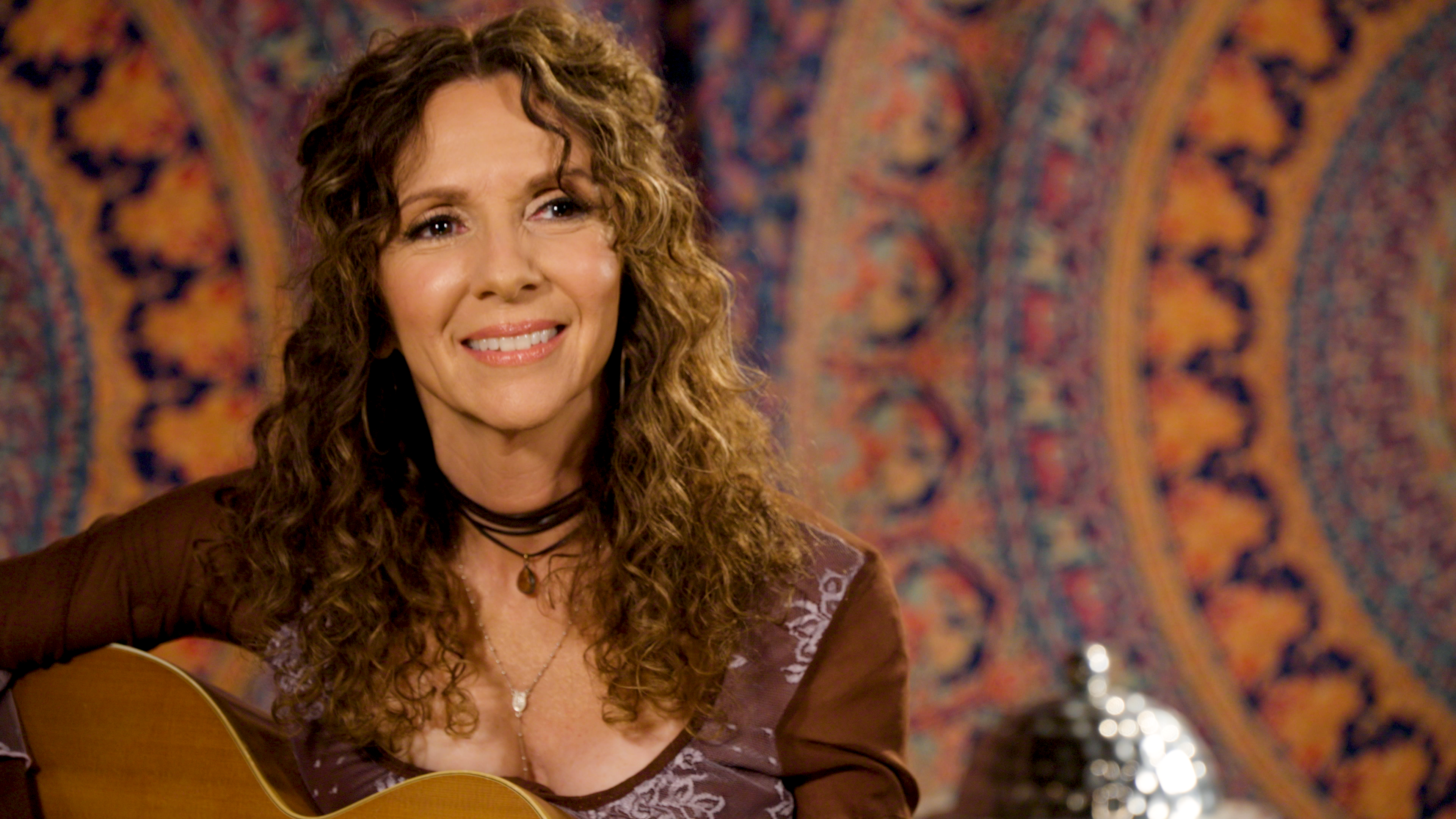 Acclaimed artist, songwriter, and producer Lisa Morales will release her upcoming Spanish-language EP El Amor No Es Cobarde this Cinco de Mayo, and DittyTV has touched base with her to learn about this new musical celebration of her roots as a descendant of immigrants from Mexico.

She also shares personal details of grief relating to her late sister and musical companion, Roberta Morales, their shared kinship with Rodney Crowell, what it’s been like to work with producer Davíd Garza, and more.

1) You recently released a new EP titled Rain in the Desert. What does this collection of songs mean to you, and what advice do you have for beginner songwriters whose goal is to channel the most authentic lyrics or stories they possibly can? 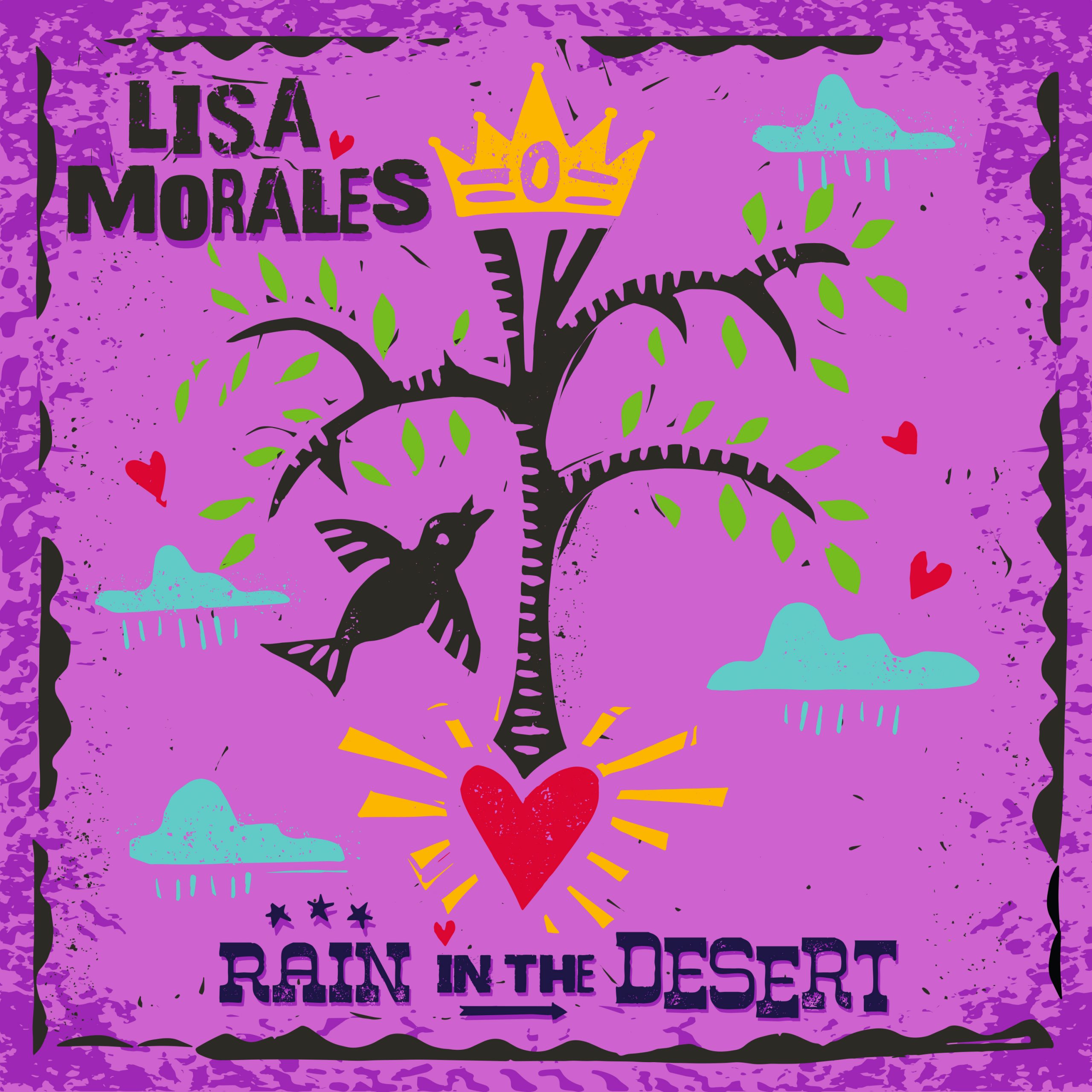 These songs reflect the hibernation of Covid and witnessing the craziness that went on between families over politics and the racism that reared its ugly head. I just had to speak up and say “what are we doing?!?” We’re supposed to love one another! I wanted to remind everyone that we can’t exist in this Us vs Them world. Then there’s a song that was a love letter to say love me completely-because I can’t stand out here waiting anymore. “Flyin & Cryin” is a duet with one of my favorite people and writers, Rodney Crowell.

My advice for beginning writers is to be real, write from real life. Mean it! I feel like I’m a vessel receiving a song-so get out of the way and don’t interrupt the flow. If you’re trying too hard to be clever it will show. You can’t fool an audience if you don’t understand what you’re singing or writing about. I was fortunate that my Mother, who was also a poet, encouraged me my whole life. She told me to have a pad of paper in every room so I could write down a thought at any moment. I still love pen to paper. I would say just write all the time and not everything you write is going to be great. Learn how to see that without putting yourself down. And keep your ego in check. It will get in the way, too.

2) Talk to us about your recent sold-out performance at Freight & Salvage Coffeehouse with Rodney Crowell. What has it been like collaborating with Crowell throughout the years, including on your new single, “Flyin’ and Cryin’?” 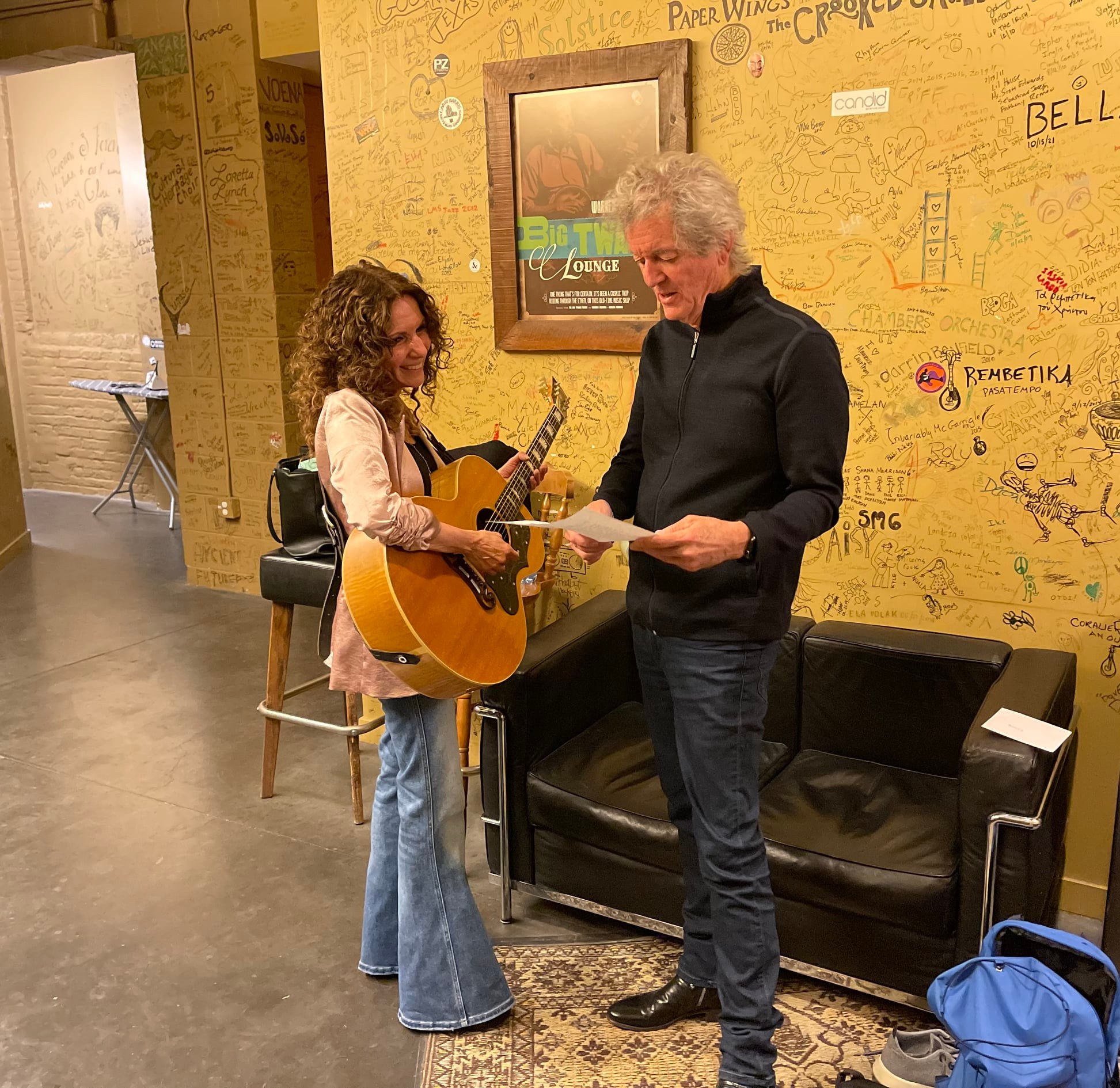 Rodney has been an inspiration from the first time I heard him. I was very fortunate that he, my sister, Roberta, and I became friends over the years. He was interested in what we were doing early on. We’ve kept in touch and done shows with him now and then. I was in the studio this past year and asked him to sing on one of my songs and we ended up making it a duet. Just recently in Berkeley, CA, we worked it up backstage for the audience. It was pretty magical.

3) To celebrate your roots as a descendant of immigrants from Veracruz and Sonora, Mexico, you are releasing a new Spanish-language EP on Cinco de Mayo (May 5) titled El Amor No Es Cobarde. Would you mind sharing about your family’s musical heritage and explaining the personal importance of this new EP? 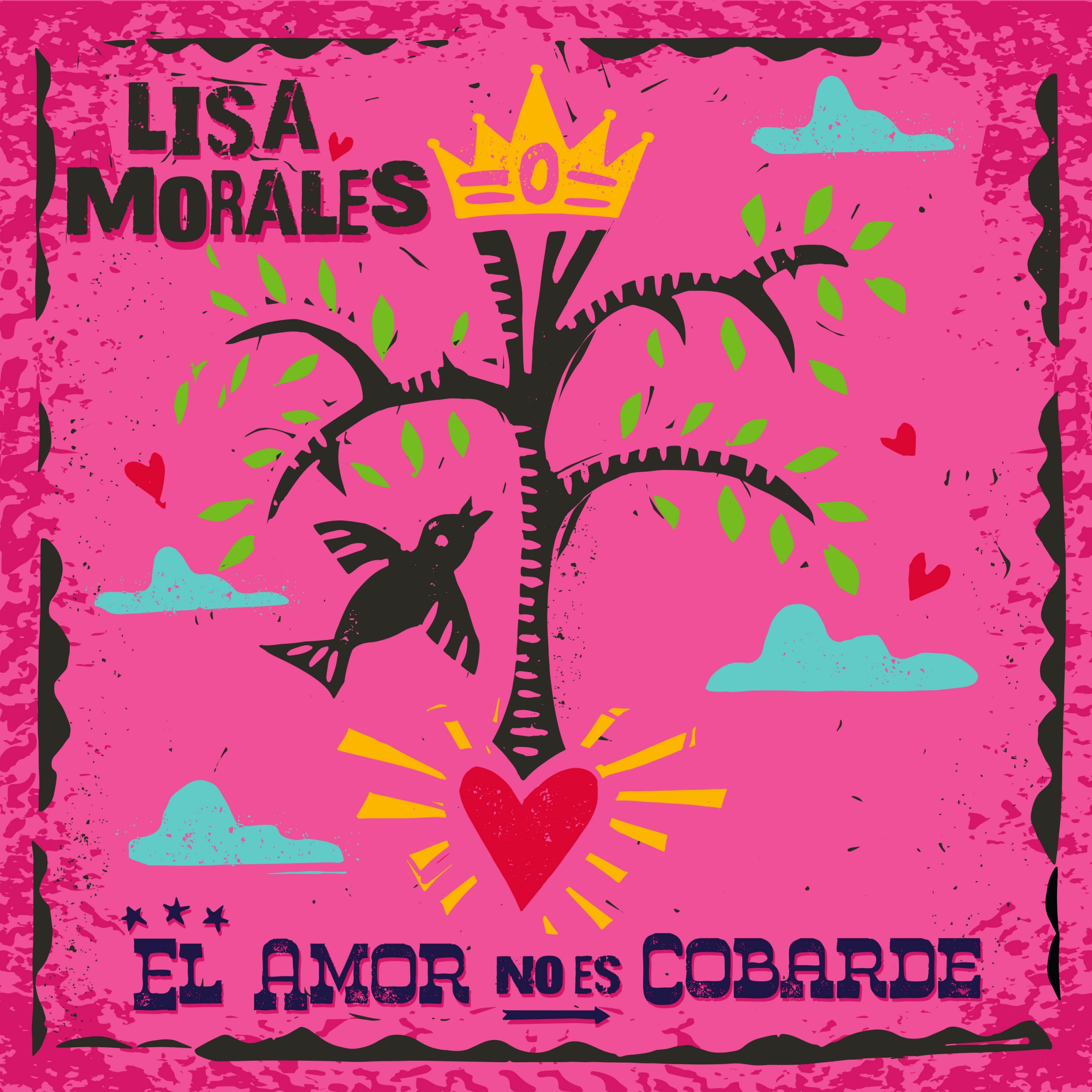 I grew up in Tucson. It used to be a part of Mexico and then they moved the border–so it is still rich with Mexican culture. Our family gatherings always ended up with us all singing rancheras, so we sang in Spanish before we sang in English. This new EP shows that I have woven my singer-songwriter sensibility with the different styles of Mexican and Spanish music that were around me while growing up. It embodies what I’m from. The last song is me grieving about how much I miss my sister. She was the closest person to me.

Bonus: Please share a few other Spanish-language songs that you’d recommend readers listen to and tell us why you chose them.

I’d recommend anything (early especially) by Trio Los Panchos. Their musicianship was unbelievable and still hard for people to match.

4) Could you share details of collaborating with producer Davíd Garza on your latest work? What’s your shared creative process, and how is it for you, as a seasoned producer yourself, to operate on the other end of the board? 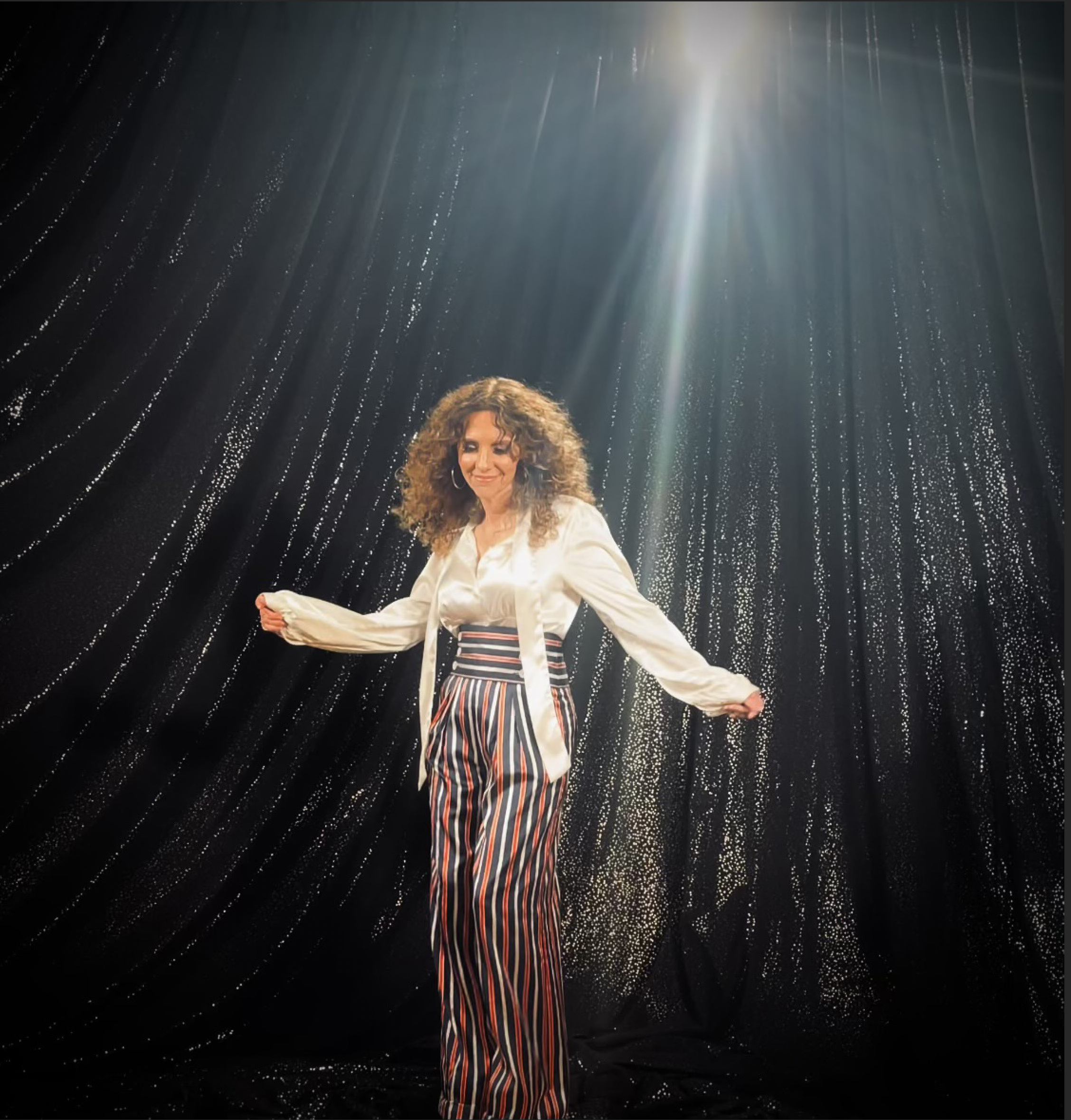 David is an artist. I wanted to make art. The coming together of two people who have the same goal in mind-well there never was a pull in opposite directions. You can obtain the ultimate high in going in the same direction and keeping your ears open to receive more than you thought you would get. Every day was a delight. I didn’t want to leave Sonic Ranch. The songs were whole when I brought them, except for “Sirena.”

I write these little guitar melodies when I write. David understood me and listened to those melodies and kept them in there. But he brought us all to life. Operating on the other side of the board-as a musician who has produced myself-it is so hard to be on both sides of the glass. I’ve done it but I really love having another set of ears with me. I enjoy bringing other people’s visions to life as well. You have to be a great listener.

5) You’ve released a handful of new music videos recently, including “Freedom,” “Flyin’ and Cryin’,” and “Desperately.” Would you share on the importance of the themes addressed in the lyrics of “Desperately” and tell us about the making of the music video?

“Desperately” is a true story. I had a 2-month-old infant and a 3-year-old when my mother, who also was my Nanny on the road all over the world and my confidant all of my life, was diagnosed with cancer. We were on top of the world touring theaters all over the States, Canada and Europe. I had my family with me, my Mom loved being on the road with us and helping with the kids, bookings were pouring in and BAM the world stopped. You are humbled in a millisecond and realize what is important in life.

Bonus: You often write about your experiences as a woman, mother, and daughter. What’s currently on your heart regarding women in the music business, and what do you recommend readers do to help bring more positive changes in these areas?

Respect women. Pay them equally. I’ve heard it ALL. “Did YOU write ALL of the songs????” “Oh you’re a good guitar player- I didn’t realize that was YOU playing. To women -just keep going -don’t complain-that doesn’t help. Just keep doing great work and it will eventually get noticed.