Laney Jones joins us for 5 Questions to share about the making of her latest LP, Stories Up High, which the Nashville-based artist recorded with producer Andrija Tokic (Alabama Shakes, Hurray for the Riff Raff) at The Bomb Shelter.

Plus, we delve into her formative years, which were inspired in equal part by high school theater and the generation-defining soundtracks for the hit TV show The O.C. “Whoever was the music supervisor for that changed my life,” says Jones.

1) What’s your background? Did you grow up with musical parents, or who influenced you early on to take an interest in music?

I would say I come from a noisy family but not necessarily a musical one. My dad has a very musical speaking voice and would pester me in the mornings by doing Michael Scott-esque parody songs while I was trying to shake off the grog and muster the courage for another day of school. There’s lore of him being in a band in junior high and me having distant familial ties on both sides of the family tree to The Gatlin Brothers, Clay Aiken, Richard Burbage…but that’s about it.

What actually got me really into music was theater. When I was about 10 or 11 I asked my parents for voice lessons. I had been a part of a local community play and I don’t know why, but something clicked inside of me — and I wanted to get better at it. So from a young age, I started learning American songbook standards. Old Broadway and tin pin alley stuff. Cole Porter, Roger and Hammerstein, Irving Berlin… My very first voice teacher, Rosalie Bandy, had this great well of classic songs from which I soaked up like a sponge.

Then when Apple iTunes came out when I was in elementary/middle school (Lordy lord I feel like a dinosaur) — that completely blew my world open. I came from a relatively small town in central Florida with sloooooooow internet. So I’d have to buy songs before I could listen to them. I’d follow shows like the O.C. and buy all the soundtracks. My parents were not too pleased about that…But the O.C., what great great indie folk rock on that show! Whoever was the music supervisor for that changed my life. Editor’s Note: Alexandra Patsavas was the music supervisor for The O.C.

2) Talk to us about your songwriting and its development over the last decade. What’s that creative evolution been like for you?

I didn’t start writing music until I was in college. I was a super fan of songs obviously, but I didn’t realize that was an option as a career path… So when I wrote my first ditty, it hit me like a lightning bolt and that was it. I’m an addict and I get juiced up on letting sonic ideas flow through my brain and out into the airwaves. It’s a rush.

Evolution happens because of tools. Knowledge-wise, I have an even deeper well of music. My hands and voice have the muscle memory of time playing for the past 10 years…(I hadn’t even picked up a guitar or banjo until I was in college). I have a whole studio at my house now. I bought my first amp only like 6 years ago and just got my first big gal pedal board… So to distill it down, I put myself out there right at the beginning. My evolution is very public. Sometimes I wish it wasn’t, but I don’t know….maybe it’s a good thing. To show how time, effort, and love can transform.

To me it’s exciting – to finally feel the true freedom of expression. To not be stuck because I don’t have the tools to say what I want to say. I’ve gone through the hard part (I think — I’m sure there will be more challenges ahead). But I’m not afraid anymore. I’m stronger….so now it’s just time and money. That ol’ chestnut.

3) Your album Stories Up High is out now. What was the songwriting process like for these 11 new tracks, and what themes were prevalent in your mind at the time? 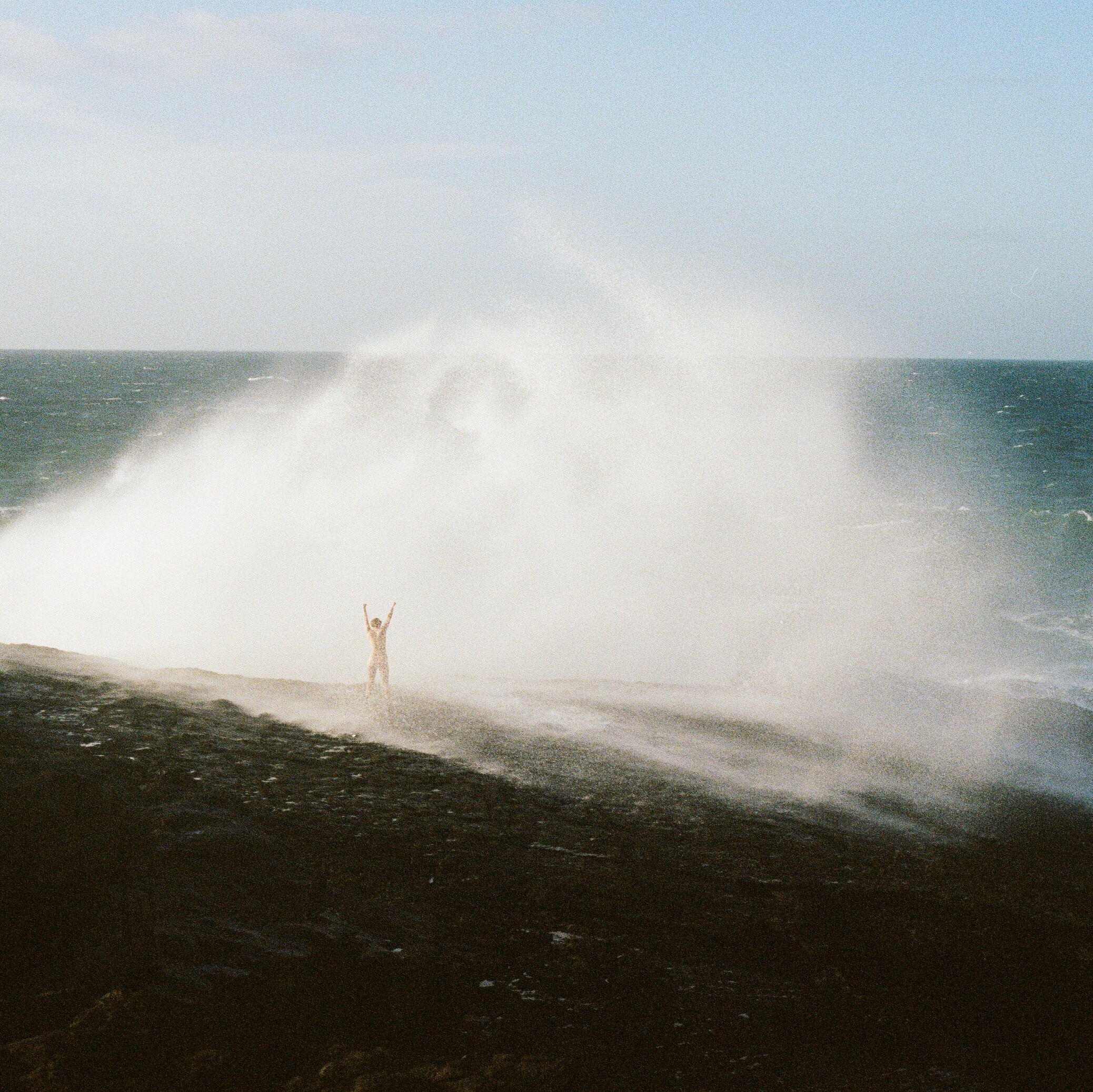 I had a teacher once tell me “silence is the canvas on which music is painted.” So I’d sit at my place and paint the air. My life had been quiet, even before the pandemic. I moved to a new town (Nashville) and stopped touring for a bit because I knew I wanted to do some major growing before I went to the effort of putting myself out in the world again. I grounded myself and worked on healing myself — the deep spiritual wounds that had been festering. Mostly circling around my lack of self-confidence and worth, death in life and of ego, depression, what love truly means…. I cut myself open (metaphorically) to suck out all the poison. That journey is what’s reflected on the album.

4) Your song “Daniel” stands out for its “in the room with Laney” sound. How did you and Andrija approach production for that one?

Well, that one was actually in a room. Totally live — you can even hear my pick getting caught on a string in the final stanza….

With all the songs that I recorded at the Bomb Shelter, I’d play them acoustic so “the band” could get a feel for what I was wanting. Then we’d build around that idea. For “Daniel,” it’s such a personal delicate song, written like a letter, that it just didn’t need much. It’s about serving the song. I’m really proud of how that one came out…

Here’s us actually playing it for the first time together in the studio as “Dre” (Andrija Tokic) was setting up our mics.

5) What was it like to work and produce a record with Andrija? Was that your first time recording at The Bomb Shelter?

Working with Andrjia at the Bomb Shelter was such a magical experience. The records he makes have been some of my favorites to come out of Nashville. The warmth of tape and the grease sweat saturation of old Nashville color them all… I’m truthfully on the fence about commercial studios in general these days but he’s got deep heart and incredible ears. A total master of the craft. We’re actually neighbors and originally from Maryland too, so we’ve bonded over that and he is sincerely one of my best friends in town now. Life’s fun like that.

Bonus: Are you an optimist or pessimist, and how does this new album reflect your answer?

So I’m definitely an optimist. Dare I say a cockeyed optimist….