You are here: Home / News / My Sister, My Brother Offer Debut Album 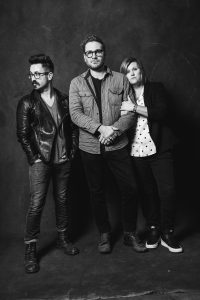 Last year, Sean McConnell, Garrison Starr, and Peter Groenwald sat down together to collaborate at a songwriting retreat. While co-writing isn’t out of the norm for them, a certain type of magic and connection made the group realize that this was out of the norm. The connection that day sparked the three to create their new trio, My Sister, My Brother, and on March 6, the group will release its debut, self-titled EP.
McConnell, Starr, and Groenwald’s unique connection was evident from the moment they joined together last year at the songwriting retreat and wrote “Nothing Without You.” McConnell explains, “When we started writing and especially when we started singing together, it was like, ‘Wow. This is not normal. This feels very natural.’” Lyrically, the track is a hopeful longing for companionship; musically, it introduces listeners to the blended and almost blood-like harmonies between Starr and McConnell’s voices. “I just felt like there was something trying to come out that was important, especially after that first song,” McConnell says, with Starr adding, “I wanted to keep coming back to work with them. We all wanted to keep coming back to it. We all just knew.” 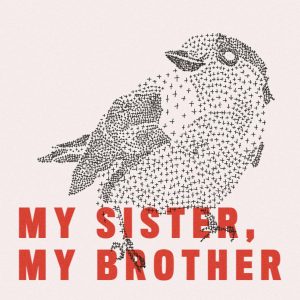 From the witty ballad “Drive You Home” to the blunt, upbeat “Forever Now,” the EP’s five tracks explore life’s painful truths. Sharing equal roles in writing and producing, My Sister, My Brother is rooted in creating art that inspire both themselves and the listener. “Not everybody in every writing session is always trying to make the best, most authentic thing,” Starr says. “A lot of people are chasing another dragon. When you find the people who are trying—who inspire you—you have to hang on to it. It makes you better. It keeps you honest.”

Sean McConnell’s 20+ year career includes an expansive personal discography as well as dozens of songwriting cuts for artists such as Christina Aguilera, Meat Loaf, Tim McGraw, Brothers Osborne, and Martina McBride. Garrison Starr has toured with the likes of Melissa Etheridge, Steve Earle, and Mary Chapin Carpenter, and her music is featured in a number of popular TV shows including Grey’s Anatomy, Pretty Little Liars, Nashville, and Army Wives. Peter Groenwald has toured with the likes of John Mayer, O.A.R., and The Civil Wars. In addition to writing and producing other artists’ work, he has established himself as a solo artist and in Nashville indie folk band Hush Kids. 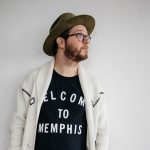 Get to Know a VJ: Brandon Kinder… 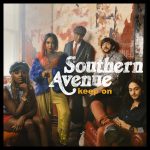 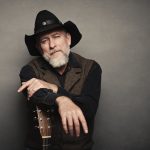