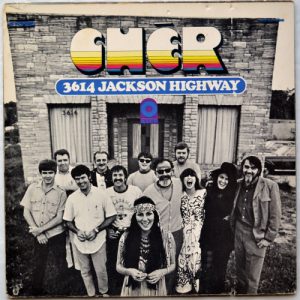 In April 1969 Cher recorded her first solo album in a brand-new studio opened by a group of studio musicians in Northwest Alabama. The album, released in June of that year, was not a commercial hit for Cher but it launched Muscle Shoals Sound Studio in Sheffield.

Barry Beckett (keyboard), Roger Hawkins (drums), David Hood (bass), and Jimmy Johnson (guitar) were well known as the Muscle Shoals Rhythm Section—the session players at FAME Studios in Muscle Shoals, which had been riding high on a string of hits by the likes of Clarence Carter, Arthur Conley, Aretha Franklin, Etta James, Wilson Pickett and many others. But the guys had bigger dreams. They received a loan from Atlantic Records Vice President Jerry Wexler and opened Muscle Shoals Sound Studio in an old coffin showroom in Sheffield.

The address was 3614 Jackson Highway, which immediately became famous once Cher made the address her album’s title. Boz Scaggs was next up to record but it was R.B Greaves who gave the new studio its first hit when “Take a Letter Maria,” rose to No. 2 on the U.S. Billboard Hot 100 in the fall of ’69. The hits started coming at Muscle Shoals Sound just as they had done at FAME.

Muscle Shoals Sound Studio just offered its first podcast (in what is hoped will be a regular series) produced by Terrell Benton and Nina Jackson and then on April 27 the renovated studio is hosting a sold-out 50th anniversary celebration featuring the Muscle Shoals All-Stars (including original Swamper David Hood) and Southern rockers Bishop Gunn.

“We’ve had a great response from the public since the Muscle Shoals Music Foundation bought the building,” says Ana Hyde, assistant director for the foundation and the studio and operations manager. “We hope these kinds of events we’re having this month, though, are entering a new era for the studio.” 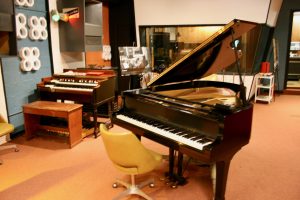 In 1978 The Swampers left 3614 Jackson Highway and moved into a new larger location at 1000 Alabama Avenue in Sheffield. Afterward, the old studio building went through a couple of occupants but was abandoned in the late 1990s and started to fall into disrepair in the 2000s. The Muscle Shoals Music Foundation purchased the building and started to bring in period furniture or original equipment, such as the baby grand piano.

With the release of the documentary Muscle Shoals in 2013, interest in the area’s musical history soared. The philanthropic arm of Beats Electronics gave a grant to help renovate the studio and the building was finally fully restored in 2017.

Hyde says that people from every continent and all 50 states have visited the studio in recent years. “A lot of people from far away have an amazing knowledge and respect about what happened in this studio,” she says. And while the studio celebrates 50 years it also looks forward to the future. 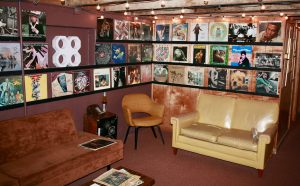 It’s open for tours daily Monday through Saturday 10 a.m. – 4 p.m., though you may want to check ahead as it occasionally closes for recording sessions. Begininng May 1 summer hours begin and the facility will be open seven days a week 10 a.m. – 5 p.m. The grounds offers a new restroom facility, which will make it useful for more events like the 50th anniversary outdoors party, and an Airstream that can be used by recording artists and can be occasionally rented by guests.

“We have had around 60,000 people to tour the studio in recent years and many of them have come from elsewhere,” Hyde says. “But we want to start having more events for locals to attend, too.” The facility is also available for other events such as weddings.

“We just want people to know we’re here,” Hyde says. “We’re proud of the music that was made here, and we’re proud to keep this wonderful legacy alive.”