It’s been nearly two years since we last talked with Mercy Bell, a Nashville-based singer-songwriter whose 90s country-inspired album Golden Child was released on August 6th, 2021. “I realized that a lot of these songs had a cohesive element of people talking about their inner lives, their messy sides, the sides they hide from the world,” says Bell, who worked with J.R. Bohannon as producer for the new record, which was cut in part at Baby’s All Right in Brooklyn and The Bomb Shelter in Nashville.

Read our 5 Questions with Bell below to learn more about Golden Child and other aspects of her life as an openly queer Filipino American, and be sure to check out “Codeine,” Bell’s latest video single, which DittyTV is offering the World Premiere for today.

1) On August 6th, you released a new album titled Golden Child. Could you share about the inspiration behind the album and the process of recording it? 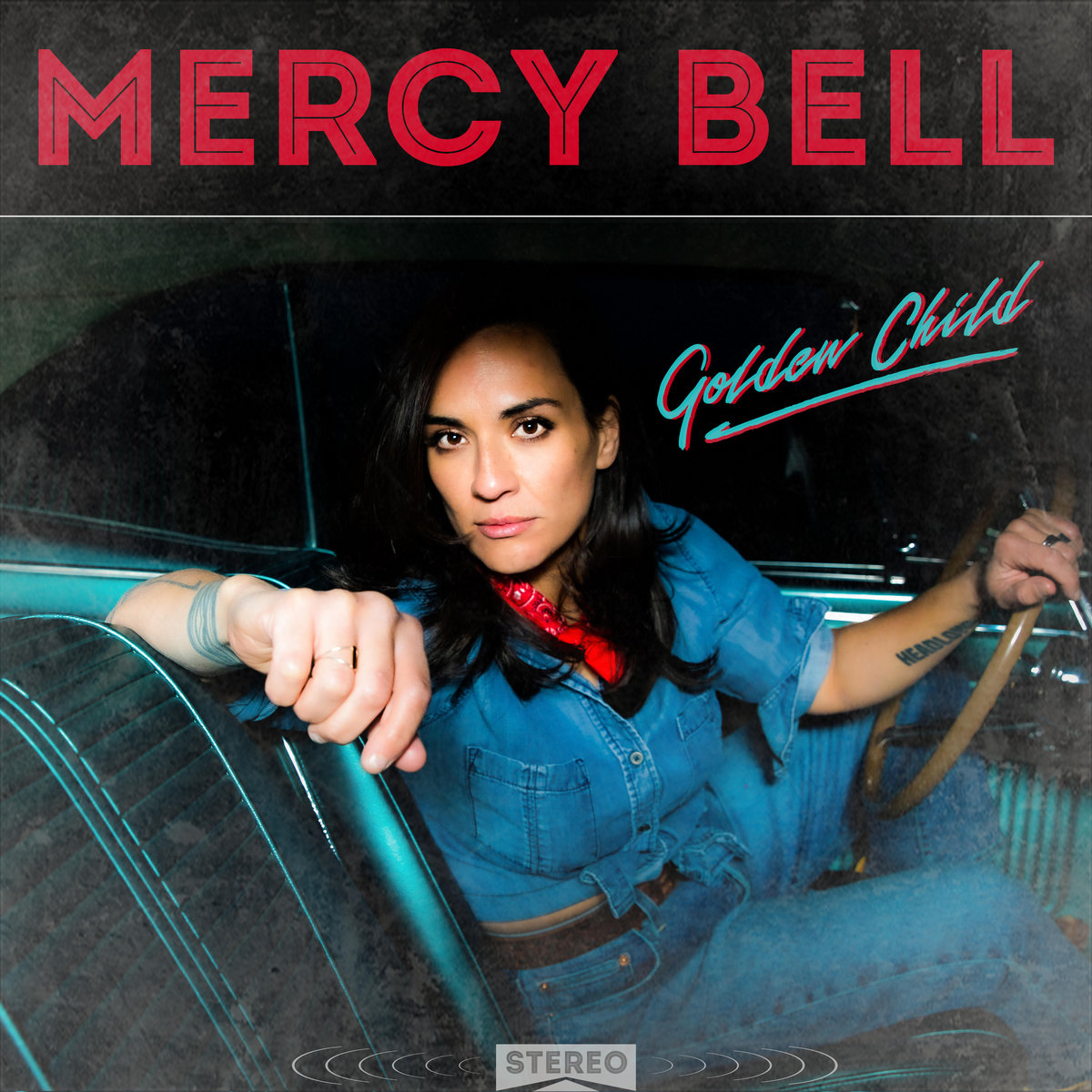 I had a lot of free time in quarantine, and I had all these songs I had co-written with other writers, that I thought they would record for themselves. But then I realized that a lot of these songs had a cohesive element of people talking about their inner lives, their messy sides, the sides they hide from the world. I offhandedly mentioned to my friend J.R. Bohannon I wanted to make an album and he said “Let’s do it.” He’s in Brooklyn and has a kickass band there, and they recorded it, COVID safe, at Baby’s All Right. Then sent me the stems and I recorded vocals here in Nashville at The Bomb Shelter. It was a Covid safe quarantine album! J.R. and I both love 90s country, so we thought that would be a fun way to tell these stories.

2) Out of the seven songs on the album, which one speaks to you the most and why? 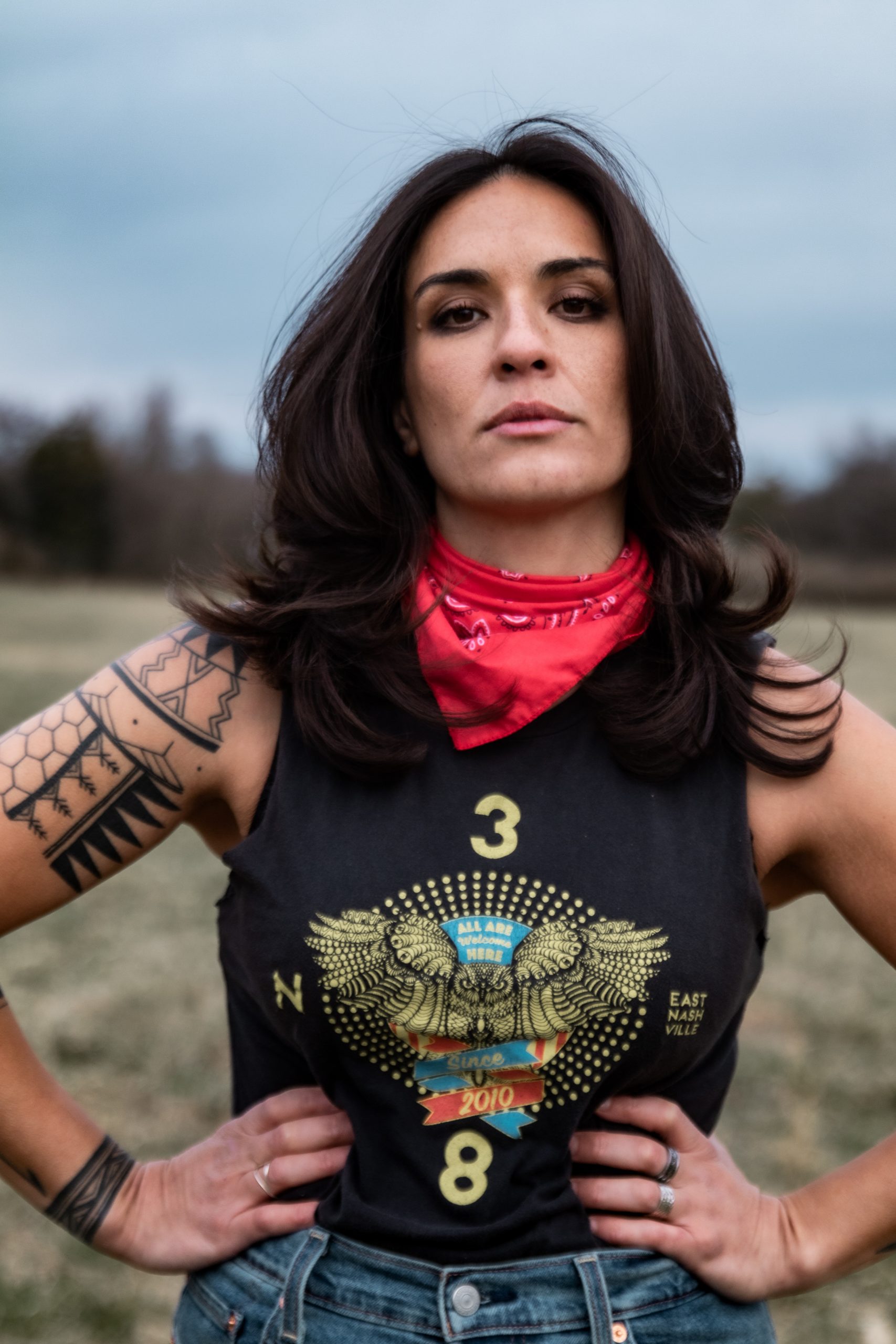 “Big Sky, Wide Open” is really close to my heart. There isn’t much that the open road, a change of scenery, people and nature, a cold drink, and good company can’t solve for me. Co-writers Sara Moore, Wiley Gaby, and I had all individually crisscrossed the country in search of new lives where we could be ourselves. Collectively we had moved to and from Maine, New York City, Massachusetts, Arkansas, Tennessee, Florida, and more. And then my sisters and I had a hilariously wonderful roadtrip across the country a few years back, that also inspired this song. But other than that I’ve driven across this country so many times. With my family, by myself, with lovers, bandmates, and friends. On buses and in trains. When I was a kid we would take long road trips up and down California, into Mexico, to the Bay Area and to the Anza Borrego Desert. Then we moved from California to Massachusetts.

We had 5 kids and 3 cats in the back of this van, driving to New England the summer of 1997. I remember being 12 and crying my eyes out from Fremont to Reno, and we crested a ridge that ended up overlooking Nevada, and all I saw was the desert, and I remember my crying stopped because of the sheer awe of it. I was heartbroken to leave my home but this whole world of possibility and wonder opened up at that same moment. It changed my life for the better. I’m so grateful my parents gave me that sense of adventure and travel. We would have many, many more road trips as a family and by myself as a touring musician after that. I moved to NYC with only what I could carry, a backpack, a guitar, an air mattress. And to Nashville the same way. I know what it’s like to need to leave a place to start a new life. I’ve done that many times. Or make it to a venue 2 states away for a load in one 4 hours of sleep. Or catch a 6am flight because someone died or there’s an emergency. I hope I can start traveling for pleasure and leisure soon, that’s one thing I have not done much of! Traveling just for fun and relaxation sounds like a really good time, haha.

3) You make an appearance in the upcoming music documentary The Sound of Us, where you share about your experience of being a musician during the COVID-19 pandemic. Plus, your song, “Everything Changes,” is used in the film trailer and in the movie’s end credits. What was it like working on that film, and how did you connect with filmmaker Chris Gero?

This film was such a joy. Jalissa Gascho is one of the producers and found me through an NPR story about being a musician in the tornado and COVID. And I ended up meeting the whole crew here in Franklin, and everyone was so open and vulnerable. It made telling these really intimate stories so easy, because the whole crew was so real, and compassionate. You could tell this was a passion project and those are such an honor to be part of. And Chris is such a professional, we recorded some vocals so quickly because the man KNOWS what he’s doing. It was great, and I was sad when my filming days were over.

4) As an openly queer Filipino American, what artwork do you currently feel most represented and inspired by?

I think Euphoria on HBO is perfect. Couples Therapy on Showtime is great too. It’s so diverse and for those of us that are therapy and mental health nerds, it’s nonstop entertainment. I love pop music. It’s pretty much all I listen to right now. Cardi B is my hero. I’m reading The Good Hand by my buddy Michael Patrick F. Smith.

5) We’re honored to offer the video World Premiere for “Codeine,” a song that you wrote with Trace Faulkner. Could you share about the process of writing the song with Trace and tell us a little about the music video as well?

Trace and I wanted to talk about big concepts without being explicit. It’s all implied here. That loneliness, being taken for granted. I was really inspired by “Top of the World” by Patty Griffin (famously covered by The Chicks), and a lot of poetry. But saying it, without saying it. The music video was made by my brilliant friends and ace filmmakers John Mason, Peter Leininger, and Jill Pugh. They filmed it with me in under 2 hours! They’re champs. Hire them. 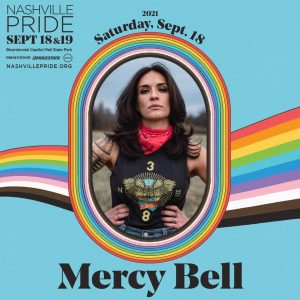 Bonus: You’re set to perform at the 2021 Nashville Pride Festival taking place September 18-19. How are you feeling about that, and who are you most excited to see perform?

Oh…I’m super stoked. I’m really excited to see an ACTUAL AUDIENCE, who I haven’t gotten to see in a year and a half.

Extra bonus: Tell us about that gorgeous GTO you’re pictured with for the album artwork.

Haha, my amazing friends Eric and Liz Tarnow own it and drove it all the way out to Peeler Park, in the cold and in traffic at like 25 miles an hour. They’re the real heroes in this. It’s in great condition and I wish Eric & Liz were here to talk more about it. Emily April Allen got those pictures as the sun went down, and they turned out great.

• Please enjoy the premiere of “Codeine” by Mercy Bell •